Arthritis is the swelling of joints due to inflammation, and there are several different kinds. While commonly associated with aging, arthritis can in fact affect persons at any point in life starting soon after birth. The condition is chronic, but it can be effectively managed by a variety of drugs that reduce pain and suppress the physiological causes of arthritis.

In this episode of Kentucky Health, host Dr. Wayne Tuckson speaks with a Louisville rheumatologist about the various forms of arthritis and the best practices for treating them.

Dr. Steven Stern practices with Kentuckiana Rheumatology in Louisville. He describes arthritis as referring to joint pain due to inflammation – the “arth” in arthritis means joint, he says. The suffix “itis” refers to inflammation. Stern says that there are over 110 different conditions categorized as arthritis, most of them rare.

“After the age of six months, anyone can get arthritis,” Stern says. “Now, obviously there are different peaks of time for different diseases. The classic type for us is rheumatoid arthritis, and it has two peaks: one for younger women in the 20 to 40 range; and there’s the big peak between 50 and 75 where men start to actually equal the number of women who develop the condition.”

Rheumatoid Arthritis, Osteoarthritis, and Gout
To understand arthritis and its causes, Stern says one should think of the construction of a wagon wheel. The hub in the middle is arthritis – joint inflammation – and each spoke is a specific biological condition that causes that inflammation. Even though there are myriad types of arthritis, most of them share basic characteristics.

The two most prevalent types of arthritis are rheumatoid arthritis and osteoarthritis. The latter is also known as degenerative arthritis, although Stern says that that name is used less often now by rheumatologists because research has shown that simple joint degeneration does not fully explain how the inflammation arises.

“Rheumatoid arthritis is our prototypic disease,” Stern says. “It is what gives me work every single day of the year, except on weekends and holidays.”

Rheumatoid arthritis is an auto-immune disorder, and occurs when the body’s immune system aggressively attacks joint tissue. First, it strikes the lining of the joints, and then moves onto cartilage (the tissue connecting and cushioning bones) and the bones themselves.

With osteoarthritis, “there’s a real degenerative component to it,” Stern says, but as noted above, other factors come into play aside from wear and tear, such as overall body weight. Unlike rheumatoid arthritis, osteoarthritis is not an auto-immune disorder, and it mainly affects cartilage first rather than the lining of joints. Eventually, cartilage can wear away and bones begin to grind against one another.

Stern observes that a person does not commonly get osteoarthritis in the hips and ankles, but, on the other hand, it often occurs in knees. He also points out that the three joints in a person’s finger each have their own predisposition to either rheumatoid arthritis or osteoarthritis. A person can have both diseases, he explains.

“It’s one of the great fascinations – why the heck do these different diseases involve the joints they do, and don’t involve other joints,” Stern says, holding up his hand as an example. “Genetically, you would think we could find the gene that says, ‘here, here, here’ but not ‘there, there there.’ We don’t know why.”

Infection plays a key role in the onset of arthritis, Stern says. The number one profession for rheumatoid arthritis is teachers, he points out, because their immune systems are constantly exposed to outside threats from dozens of children.

“The more infections you get, the more injury to the immune system that occurs,” he explains. “So now your immune system becomes weakened, and now you’re more prone to having the genetic setup that each individual has to turn on and then develop a type of arthritis.”

Gout is a different malady than arthritis but also results in chronic joint pain. “It is basically an over-accumulation of a natural human metabolic product called uric acid,” Stern says. Uric acid is a waste product that is essential in the breakdown and disposal of dead cells, and is normally processed through the kidneys and excreted in urine.

But according to Stern, most people don’t filter the proper amount of uric acid through the kidneys, and over time, the excess acid accumulates and deposits in and around joints. As its name implies, this is an acid – a weak one, but Stern says one that will injure cartilage and bone if it builds up long enough.

Purine, a chemical in uric acid, is present at varying levels in meat products and alcohol, which means that people with gout should limit their intake of both.

Stern says that gout was once referred to as “the disease of kings and intellectuals,” the reasoning being that upper classes in earlier centuries had more opportunities to partake of fine food and drink.

“Benjamin Franklin had terrible gout at the end of his life, just miserable suffering he had to endure,” Stern says.

Effective Medications for Treating Arthritis
Major advances in pharmacological treatment of arthritis have occurred over the past quarter-century. “It’s not your grandmother’s rheumatoid disease anymore,” Stern says.

During the 1960s, Stern says that rheumatologists began using a drug called methotrexate borrowed from oncologists. The drug, which suppresses the production of folic acid that activates T and B lymphocytes (white blood cells) in the immune system, turned out to be effective in about one third of rheumatoid arthritis patients.

By the late 1990s, more effective medications were coming onto market, including another immunosuppressive drug, Leflunomide. “And in September 1999, the most wonderful thing happened, it really made my career,” Stern says. “The first biologic recombinant drug came out, called Enbrel, or etanercept. It just changed the universe, and now we have about 15 of these kinds of drugs.”

Enbrel works by blocking the production of tumor necrosis factor (TNF), a protein in the immune system that activates inflammation and is over-produced in persons with rheumatoid arthritis. Other recombinant drugs work in different ways than Enbrel, but they all have “incredible abilities to alter different points in the immune cascade,” Stern says.

These prescription drugs are the preferred treatment for arthritis, Stern says, and adds that while they do have side effects, most people do not get them. Still, he acknowledges that researchers have much work to do in order to better understand what causes arthritis in order to develop medications that more accurately target an individual patient’s genetic markers for the disease.

“Then, we can take the drugs that we know block this, or that, or the other protein and give you the right drug from the get-go,” he says, “instead of what I do now, which is take drugs that are FDA-approved – you’re not a guinea pig – but after that it’s trial and error to find out which drug matches up best with you.”

Medications such as Enbrel may take weeks to fully work, so in the meantime Stern uses non-steroidal anti-inflammatory drugs (NSAIDs) such as ibuprofen or Motrin for relief of aches and pains.

These drugs “are not disease-modifying drugs,” he explains. “They don’t modify the big immune cascade or big immune process that’s leading up to the illness. But what they are is excellent at modulating some of the minor chemicals to reduce inflammation and they’re pretty terrific non-addictive pain relievers.”

Stern uses NSAIDs more often with patients who have osteoarthritis rather than those with rheumatoid arthritis. He also cautions about the damage prolonged use of NSAIDs can do to kidney and heart function, and says that they should not be used on patients who are at risk for diseases associated with these organs.

When asked about the of value steroids as a treatment protocol, Stern says they are “basically a problem and a blessing at the same time.”

He explains, “There’s nothing like steroids – they will basically make just about every kind of arthritis feel better within one to three days.” Due to their fast-acting, effective relief, Stern will use steroids to treat arthritis, but only on a temporary basis.

The long-term effects of steroids – “they make all of the tissues in the body age faster,” he says – require him to replace them with immunosuppressive drugs as soon as possible.

“Our goal when we use them is to give you relief now, get a drug with less risk on board, and it can take a few weeks or a few months to find the right drug, and then we walk the steroids off,” he says. 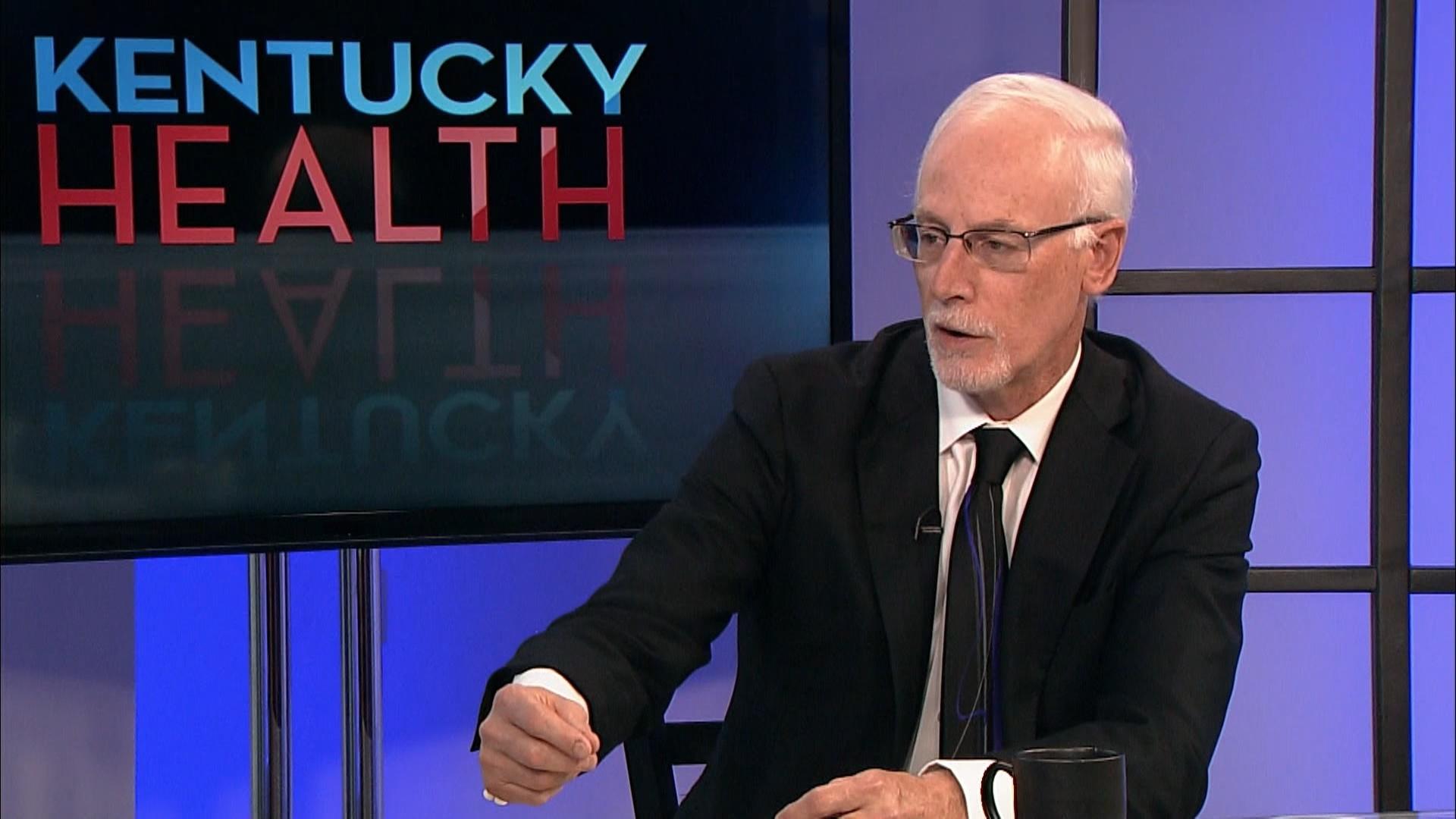