Autism spectrum disorder affects roughly 1 in 59 children in the U.S. with a wide range of severity. It is a developmental disorder that may affect communication and behavior, and is often diagnosed during a child’s first two or three years. Cases of autism have risen in recent years, but options for treatment have expanded as well. With the right therapies, many children diagnosed with autism go on to live normal, productive lives.

In this episode of Kentucky Health, host Dr. Wayne Tuckson speaks with a professor of pediatrics and special education from the University of Louisville to learn more about how autism is diagnosed, its symptoms, and the best methods of treating it.

Autism is a spectrum disorder that “is characterized by a deficit in social communication and interaction, and repetitive patterns of behaviors and activities,” Dubuque says, “and that can encompass a wide range of things.”

Diagnosing Autism: What to Look For
Diagnosis rates for autism spectrum disorder (ASD) have risen this century, starting after a group organized by the Centers for Disease Control was formed that established criteria for the disorder. Those criteria from the Autism and Developmental Disabilities Monitoring Network have changed over the past 15-plus years.

“They started doing this in 2000,” Dubuque says. “Essentially, they assess eight-year-olds in 11 states across the U.S., to see if they meet the qualifications for an ASD diagnosis, and from that data, then try to determine an estimate for the prevalence rate for those who would qualify for an autism diagnosis. And if you look, since 2000 when they started doing this, those prevalence rates, I think they started as 1 in 144, then it moved to 1 in 69, and now these days, it’s 1 in 59.”

Dubuque says that diagnosis rates for ASD have risen as awareness and study of the disorder has increased. In 1990, ASD was added as a disability category to the Individuals with Disabilities Education Act. Most insurance companies now cover treatment of children if they have an ASD diagnosis. Furthermore, as mentioned above, the qualifications for an ASD diagnosis have changed with each publication of a guidebook called the Diagnostic and Statistical Manual of Psychological Disorders. Dubuque says that this manual is currently in its fifth revision, last updated in 2013.

“Boys are about four times more likely than girls to receive an ASD diagnosis,” Dubuque explains. “However, when girls receive the diagnosis, it’s usually more severe.” According to CDC prevalence rates, currently 1 in 37 boys are diagnosed with ASD, and 1 in 151 girls. Dubuque adds that autism is not diagnosed as often in African American population, but does not mean that its prevalence is lower. There may be other factors that lead to a lower diagnosis rate, such as poverty and the resulting lack of access to behavioral health care services.

Two popular misconceptions about ASD are that too many vaccinations cause the condition and that a high percentage of persons with autism have high-functioning intelligence within limited parameters, or savant skills (as depicted in the Academy Award-winning film “Rain Man”). Dubuque emphatically rejects the contention that over-vaccination causes autism, saying that the issue has been extensively researched and that there is no evidence to support that it’s true.

As for a connection between ASD and savant characteristics, Dubuque says that there is no evidence of that either, and that around 44 percent of children diagnosed with ASD have IQs of average to above average, 25 percent have IQs of average to slightly below average, and 31 percent have IQs that are below average. “Hollywood likes to glamorize some of these disorders, and they present a picture that may not represent how things actually look,” he says.

Usually, it is the parent or caregiver that first spots signs of developmental disorder, Dubuque says. “For young kids, one of the first things you are looking for is eye contact,” he explains. Parents should also observe their child’s attention habits for what Dubuque calls “joint attention.” That occurs when a child will look at a parent, then at another object of interest, and then back at the parent. “It’s kind of a shared attention,” he says, and if a child does not exhibit this trait, that is a red flag.

Parents should also look for deficits in communication, and for a lack of gross motor imitation, Dubuque says. Normally, a child will imitate what others around him or her are doing, and have interest in other people.

“I want to emphasize that just because a child may have some of those deficits, it doesn’t necessarily mean that they are going to qualify for an autism diagnosis,” Dubuque says. “But these are a few of the things you might look for.”

Applied Behavioral Analysis: Effective Treatment for Autism
Parents who spot some of these warning signs will usually visit their pediatrician first, Dubuque says. If the pediatrician examines the child and identifies ASD traits, they will refer the child to get an ASD assessment. A treatment team will examine the child in more detail, in order to determine whether he or she qualifies for an ASD diagnosis. “With that autism diagnosis, it can open up a door to funding for services for their child,” Dubuque says.

“Applied behavior analysis is considered the gold standard therapy for children diagnosed with autism spectrum disorders,” Dubuque explains. “The goal of comprehensive applied behavior analysis therapy is to change the developmental trajectory of the kids we’re working with. In other words, what we want, when we’re done with them, is to for those kids to be indistinguishable from their undiagnosed peers.”

Applied behavior analysis has been proven through research as an effective treatment for autism. A landmark study of children with ASD was conducted in 1987 by Dr. Ivar Lovaas, and contains several components of therapy that are still in use, Dubuque says. Among Lovaas’ group of children who received therapy, around 47 percent no longer needed it after 2-3 years.

Children in Dubuque’s comprehensive applied behavior analysis program at the University of Louisville will receive 25 to 40 hours of therapy per week, administered by board certified behavior analysts, or BCBAs.

“It’s a huge dosage of treatment,” he says. “We are working on things relating to teaching communicative behaviors, imagination, activities of daily living like sleeping, eating, toileting. Working on academic skills. All those other behaviors that naturally come on board for their peers who may not have that diagnosis.”

The BCBAs keep detailed and systematic data logs of each client’s progress, which help them make adjustments along the way. “The progress we make is often times incremental – it’s small,” Dubuque says. “So it’s really important that we don’t rely on anecdotal reports about whether this is working or not. A behavior analyst should never be guessing, saying ‘I think he’s doing better.’ If they’re doing that, they’re not doing behavior analysis.”

Dubuque offers an example of the individualized treatment he and his colleagues at U of L use to help children with ASD in the beginning stages of applied behavior analysis. He explains a procedure called pairing, where a BCBA will identify something an autistic child has an interest in – such as a positive response to tickling – and then “pair” it with social interaction. “A lot of times when we initially start working with a kid, really what we’re trying to do is we’re trying to pair ourselves with rewards, good things. So the children are actually interested in working with us.”

A specific example occurred at Dubuque’s clinic when his wife, who also works at U of L, found that a child who wouldn’t make consistent eye contact enjoyed jumping on a trampoline. She set up a trampoline in the room and, over one session, was able to “pair” eye contact with the joy of jumping to help the client adopt normal social behavior. The child’s parents were instructed to repeat the exercise at home to encourage further progress.

Ultimately, through comprehensive applied behavior therapy, “everyone can benefit,” Dubuque says. “In terms of how much they benefit, it depends on the individual.” 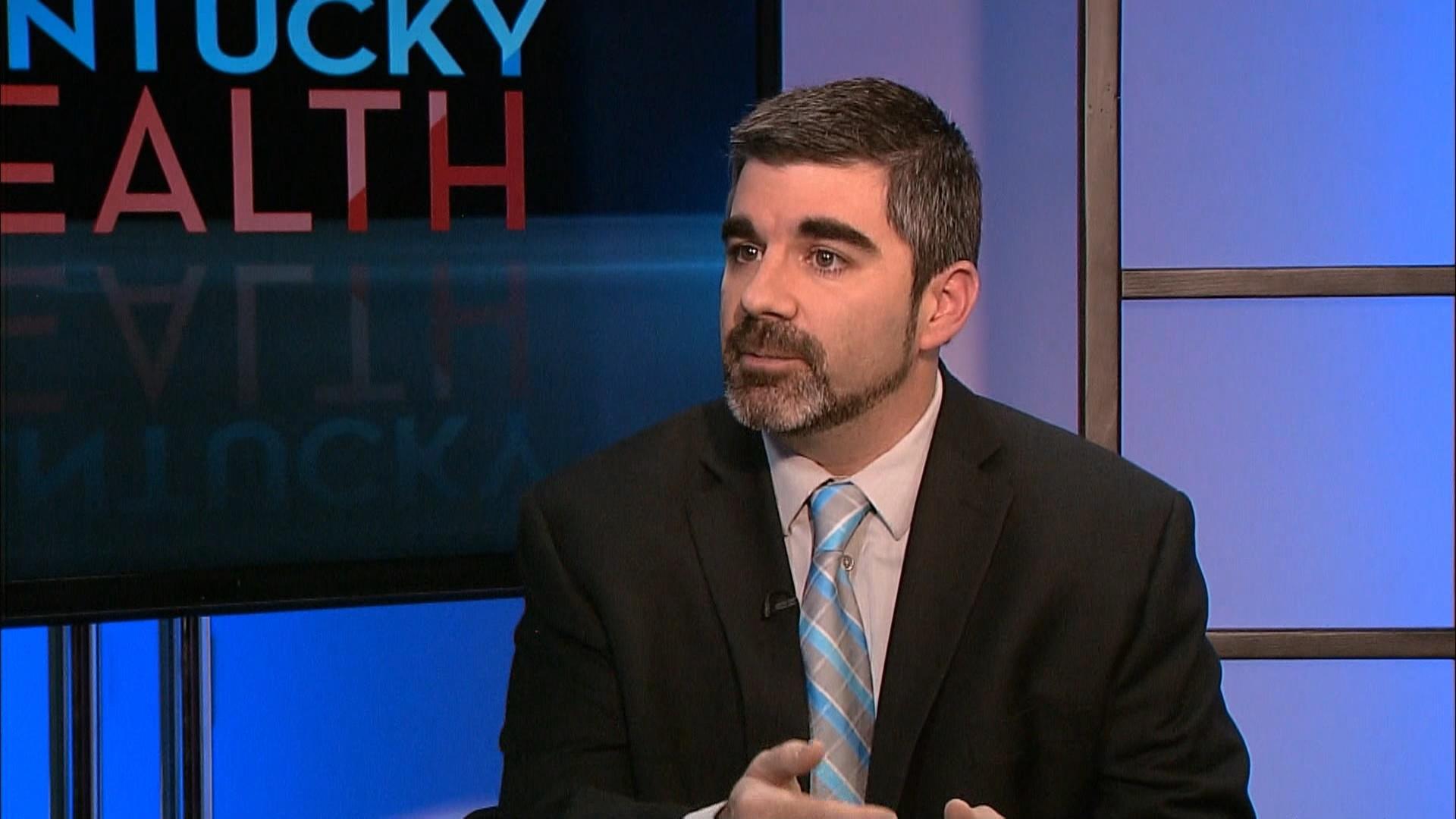