Cancer and Immunotherapy: A New Horizon in Treatment

The human body’s immune system is our essential armament of defense, preventing infection from bacteria, viruses and other agents that threaten our existence. It is a complex and efficient system that targets foreign substances and marshals the body’s resources to attack them. In recent years, breakthroughs in research have led oncologists to employ our body’s immune system defenses in service against the most destructive invaders of all – cancer cells.

In this episode of Kentucky Health, host Dr. Wayne Tuckson welcomes a Louisville oncologist and immunologist to discuss how the immune system functions and how immunotherapy is transforming cancer treatment.

Dr. Khuda Dad Khan, M.D., is an oncologist, hematologist and immunologist at the Norton Cancer Institute who has appeared on Kentucky Health before to discuss cancer treatment.

“This is an immunologist’s dream come true, that we are using the body’s own immune system to fight cancer,” Khan says. “Our thought process was initially that the immune system recognizes the foreign, and that was how it protects the body. It turns out that cancer, by its very nature, also has significant changes, because it mutates.”

Enlisting Immune System Defenses to Fight Cancer
Cells become cancerous through DNA mutations, Khan explains. Those changes at the DNA level of a cell cause specific proteins to form on the surface of the cell that differentiate them from normal cells in the body. These abnormal proteins – antigens – can be recognized by the immune system, but there is a major obstacle: cancerous tumors are able to suppress the immune system from attacking.

This process occurs at the cellular level. T-lymphocytes, the white blood cells in our immune system that seek out and destroy foreign substances in the body, can be inhibited by a specific protein, known as PDL-1 (programmed death ligand), that is activated by cancer cells. “This is how the cancer cell was exploiting the strategy,” Khan says, “telling the immune system to be a friend and not a foe.”

For T-lymphocytes to attack, they need to be presented with this PDL -1 antigen in a distinct way. Khan says that cells known as antigen-presenting cells are crucial in this exchange: they reveal the antigen to the T-lymphocytes as something that is not normal, so the T-lymphocytes can bind to them.

“If we did not have this mechanism, the immune system would attack the self or it would work without the self-context, which would have its other consequences,” he says. “Because of these properties, the immune system is very specific… and once you have generated this immune response, it has memory. New immunotherapies will be coming down the road, some T-cell based therapies, we are calling them life drugs. For your lifetime those cells will be available in your body and they can fight the cancer.”

This immunotherapy treatment method – where antigen-presenting cells trigger T-lymphocytes to attack cancer – is called T-cell mediated immunity. It is being applied to a growing list of cancers as knowledge expands.

The earliest forms of cancer that were responsive to this treatment were melanoma and kidney cancer, Khan says. Former President Jimmy Carter’s stage 4 melanoma (which had spread to his liver and brain) was treated with surgery and then immunotherapy three years ago, and his cancer is currently in remission.

“Now, these immunotherapies have been approved for lung cancer, for bladder cancer, for head and neck cancer, for lymphomas,” Khan says. “So it turns out that the immune system has the capacity to recognize and kill other tumors as well. It is our understanding which is still lacking.”

There is another approach that Khan believes also holds promise, but is not currently being applied to cancer. This involves B-lymphocytes, which are cells that, as opposed to T-lymphocytes or “fighter” cells, instead produce antibodies that protect against infection. Khan says that research is ongoing that seeks to employ these B-cells and their antibodies in neutralizing cancer cells.

Recent Breakthroughs Lead to Better Treatment
Khan says that this year’s Nobel Prize in physiology was awarded to two people who have been instrumental in advancing the field of immunotherapy in cancer treatment – Dr. James Allison, Ph.D., from the MD Anderson Cancer Center in Houston, and Dr. Tasuko Honjo, M.D., Ph.D., from Kyoto University in Japan.

The Nobel Prize recipients are pioneers in an area of immunotherapy research focusing on what are called checkpoint inhibitors. These are drugs that unlock the immune system by targeting cancer cells that have specific protein markers such as PDL-1 described above, as well as other markers.

“We have learned to turn these checkpoints off, so the immune system can be activated to fight tumors,” Khan says. “It is our understanding that the immune system had already recognized some of these tumors, and was ready to fight, but was actually turned off by the tumor. And once we take those brakes off, the immune system goes on to attack them.”

Another form of treatment is called CAR T-cell therapy. Khan explains that this therapy requires doctors to extract T-lymphocytes from the patient and then to add an antigen receptor to the cells that will recognize cancer. The manipulated T-cells are then put back in the patient via an infusion. This therapy is effective for patients with leukemia and lymphoma, Khan says.

Other immunotherapy drugs, called monoclonal antibodies, are created in the laboratory and given to patients, where they mimic the naturally occurring antibodies in our body that seek out foreign substances, such as the ones created by B-cells. These monoclonal antibodies are engineered to target only specific antigens found in types of cancer, however. Khan says that monoclonal antibodies can even be linked to a small dose of toxin or a particle of radiation before they are given to a patient, increasing the effect.

Immunotherapy can be combined with traditional chemotherapy, Khan says, and in some cancers the dual approach has a synergistic effect that works well. For example, Khan says that for lung cancer patients who present with an expression of the PDL-1 protein mentioned above that is over 50 percent, they are treated solely with antibodies. But for those with an expression of PDL-1 between 5 and 50 percent, they are given antibodies and chemotherapy together.

Researchers are just in the very early stages of understanding how to marshal the body’s own defense system to treat cancer, Khan says. More breakthroughs in immunotherapy are forthcoming – an exciting prospect indeed.

“That is the beauty – that nature has given us the problems and the solutions,” Khan says. “What is lacking is our understanding. If we can use our understanding to take advantage of our own resources in our body, we will be able to take care of a lot of these problems.” 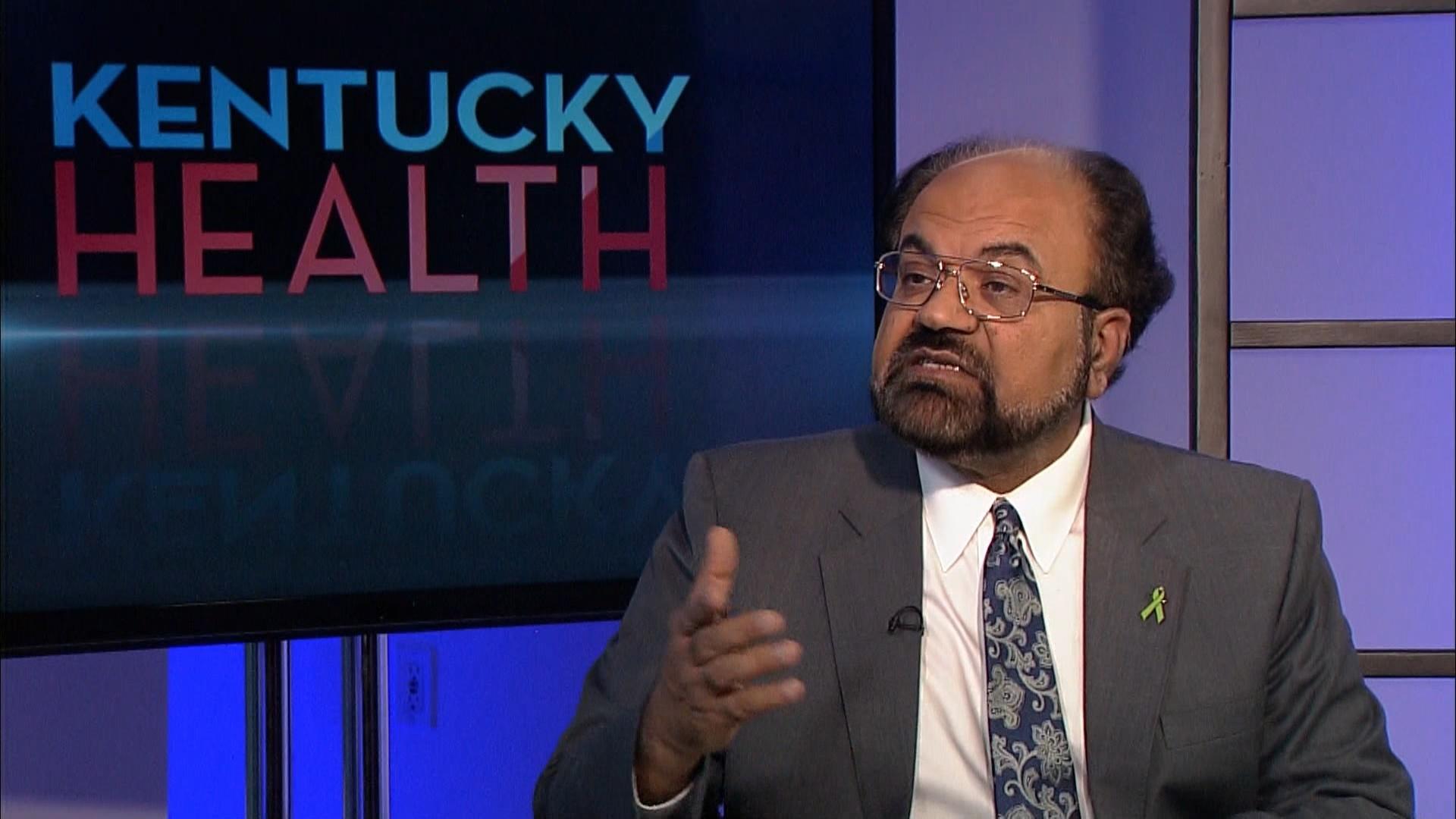