Dr. Henry Hood, DMD, and Dr. Matt Holder, MD, MBA, from Lee Specialty Clinic in Louisville are pioneers in developing curricula for physicians in an area that has been lacking for decades: treating patients with intellectual and developmental deficiencies.

The pair founded the American Academy of Developmental Medicine and Dentistry (AADMD) in 2002, followed a few years later by the Lee Clinic, soon after a U.S. Supreme Court decision in 1999 (Olmstead vs. L.C.) established the rights of persons with intellectual/developmental disabilities to live in the community at large without segregation. That decision was based in part on the Americans with Disabilities Act of 1990.

After the Olmstead decision, patients with intellectual/developmental disabilities were moved out of institutions in large numbers and into medical offices with the general population. “The problem with that is that the community wasn’t ready for them,” says Hood, chief clinical officer at Lee Specialty Clinic.

“Our population is probably the single most underserved population that you can identify,” Hood continues. “The health services that they receive are not as good as what you and I can expect. Everybody up to and including the surgeon general has said so.”

Holder, chief executive officer at Lee Specialty Clinic, says the clinic grew out of his and Hood’s earlier efforts, in particular a dental clinic that Hood founded. Hood and his colleagues wanted to find out if there was a demand for dental services from patients with intellectual/developmental disabilities – and indeed there was, as many patients were driving several hours to Louisville from all areas of Kentucky in order to receive treatment.

Hood and Holder expanded that program into a larger, multidisciplinary medical services clinic. After bringing on more stakeholders, such as parents and families of patients, advocacy organizations, and government health departments, the founders took the next step, integrating all services in an interdisciplinary approach tailored to each individual patient.

“The multidisciplinary clinic is, everybody’s under the same roof but they’re not really talking to each other,” Holder says. “In our model, what we’ve developed into is really taking some of the more complex cases that we have and getting everybody around the table, and trying to figure out what’s going on and trying to provide the best possible outcome with as many specialists’ brains as we can thinking on it. We’ve seen some tremendous things happen at our clinic because of that.”

“The beauty of our clinic model is that it is a patient care, teaching, and research program,” Hood says, “where we have 20 programs – clinical rotations and training programs, residencies, externships, and block rotations for residencies – all happening at our clinic so we’re doing the teaching and the health care and the research under one roof.”

According to Hood, every Thursday at the clinic representatives from each discipline gather around a conference table and they work up treatment plans for 10-20 patients. The interdisciplinary team works collaboratively and in lockstep to help provide the most comprehensive care possible, and that includes helping families deal with the challenges of caring for people who have special needs.

“But I think the best thing that our medical, our dental, our clinical team does is to first of all diagnose the patient,” Hood says. “Most of our patients come in and they don’t have a neurodevelopmental diagnosis, on their health history where it lists diagnosis you’ll see ‘mental retardation’ and that’s not a diagnosis…. We have patients that we’ve achieved miraculous success with, and made their families’ lives better, precisely because we identified the diagnosis.”

The Lee Clinic’s interdisciplinary model has gained exposure over the past decade, and interest from other states and countries is building. Holder says that around 20-25 other states have visited the Lee Clinic to learn more about how they operate, and offers have been extended to build similar clinics overseas.

Holder reflects on the passage of ADA and the change in how people with intellectual/developmental disabilities were assessed by medical providers. “The total of it, I would say that we are better off now in trying to bolster our community and allowing folks out into society,” he says. “But I think that one of the biggest problems that happened was that when we abandoned the medical model, there was this big assumption that the doctors in the community would be ready and willing and able to take care of these folks, a lot of whom were on Medicaid, and there’s a lot of issues that go with that. I can tell you, when I was in medical school, we didn’t talk about this population much. Most of the doctors out there don’t have any training.”

Hood and Holder documented these disparities in 2005. The American Academy of Developmental Medicine and Dentistry conducted a survey of all medical and dental schools in the country as well as 2,500 post-graduate residency programs. “We documented and published, with a CDC grant, a report finding that 80 percent of physicians graduating from medical school have never cared for a single patient with an intellectual disability, and 50 percent of dentists graduating from dental school have never cared for a patient with an intellectual disability,” Hood says.

Overall improvements in medicine have, ironically, contributed to this lack of physician experience and training, both guests point out.

“What’s really changed about the demographic is that the pediatricians have been extraordinarily successful in addressing the medical issues that were causing premature death in these individuals 30, 40, 50 years ago and for all of human history before that,” Holder explains. “Now, we have a huge wave of people who are living well into adulthood – the average person with an intellectual disability now lives to be 60 years old. In 1920, it was 20 years old.

One crucial difference in patients with intellectual/developmental disabilities is in the way they communicate. Holder explains that they may signal that they are feeling discomfort or illness using actions rather than words. “And unfortunately, a lot of times that gets misinterpreted as a behavioral issue or a behavioral outburst,” he says.

It is important for doctors to get trained in recognizing how patients with autism and other developmental disabilities communicate in order to make accurate diagnoses and avoid another major problem in treating this cohort – overprescribing, and/or erroneously prescribing, medications.

“What we find is that somebody with a disability is about 25 percent more likely to get prescribed a medication when they go to the doctor than somebody else,” Holder says. “When they go on a return visit, they are 300 percent more likely to have that prescription continued. So once they get on that medication, they stay on that medication, unfortunately.” This produces a compounding momentum, Holder explains, leading to side effects that physicians then spend time trying to assuage, when the overall treatment path may itself be unnecessary.

“The average person in our clinic is on nine medications, and we try to get them off medications,” Holder says. “We see people who come to our clinic on 20 or 30 medications sometimes. That is extraordinarily expensive, number one, but more than that, what it’s doing to the patient typically is not helping very much.” 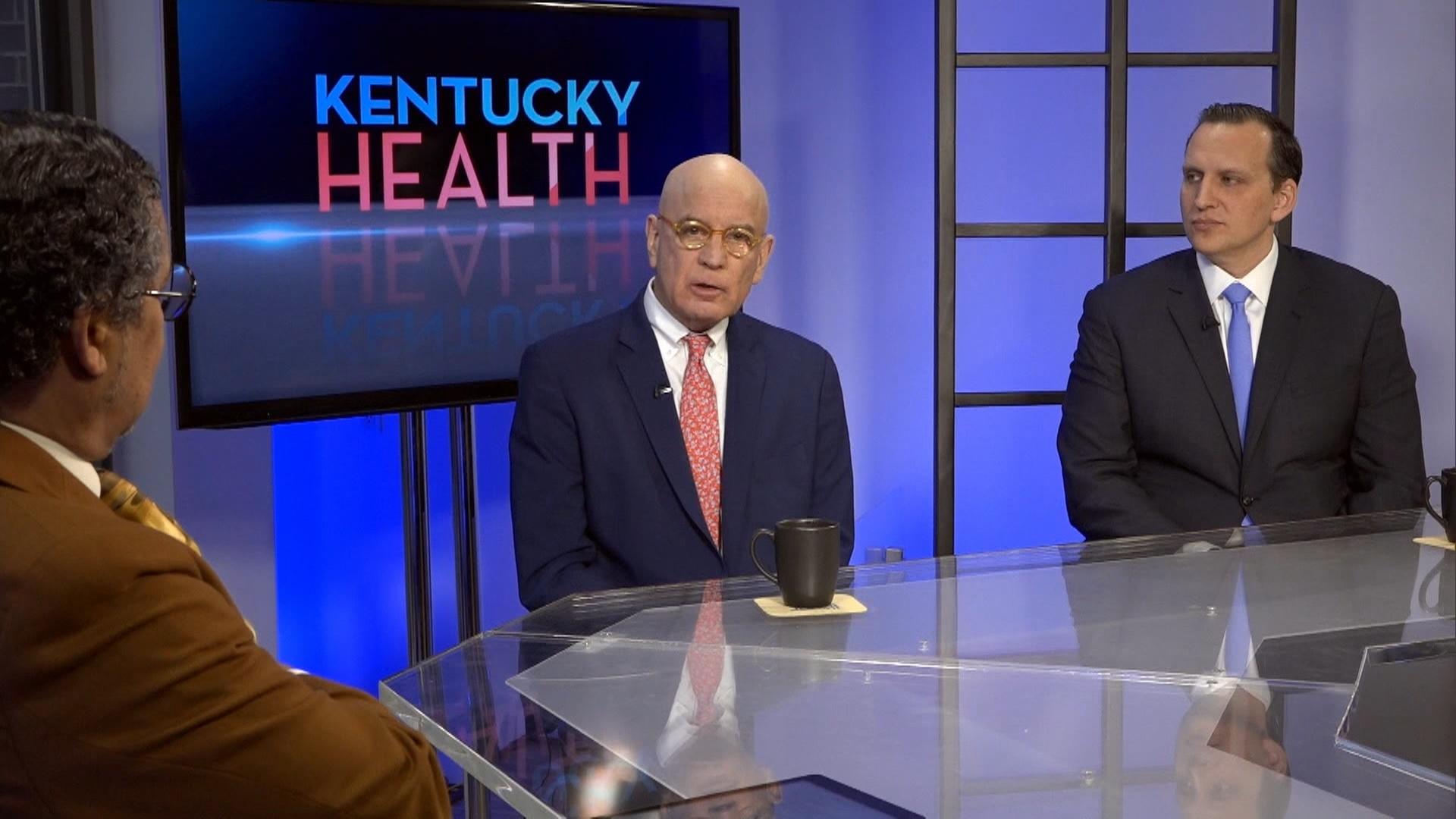