Risk Factors for a Serious Condition That Worsens Over Time

Around 3 percent of Americans are at risk of having a stroke, which occurs when the blood flow to the brain is disrupted. Between 10 and 20 percent of stroke patients have carotid artery disease. This disease affects two of the major thoroughfares for blood from the heart to the brain.

Abedi says that the carotid arteries at the front of the neck are protected by skin and a two layers of muscle but are relatively superficial in their position; persons therefore often check the heart’s pulse by pressing a finger or two against a carotid artery. There are also a lot of nerves intertwined around the carotid arteries, Abedi explains.

Placing a stethoscope against the carotid artery is an important initial tool for diagnosing a problem with blood flow. “Traditionally, if it’s a normal flow in the carotid artery, it should not produce any noise,” Abedi says. “When we listen to the neck and we hear an abnormal sound, such as a whooshing sound, that tells you that there’s turbulent flow. And that can give you a hint that there could be an underlying pathology.”

The carotid arteries can narrow over a long period of time – just as heart vessels do – through buildup of plaque, Abedi says. This process is called atherosclerosis. “Fatty deposits inside the artery that develop over time, typically it starts after your second decade of life,” he explains. “So all of those cheeseburgers we ate as teenagers, it typically will catch up with us.”

Abedi defines stroke as an event that results in permanent damage to the brain – and by permanent, he means damage that is not reversible after 24 hours. “We do also have a term called transient ischemic attacks, or TIAs, also referred to as mini-strokes,” he adds. “Those are events where there is injury to the brain, but the symptoms resolve in 24 hours.” Abedi says that patients who have a TIA but recover are nevertheless at a higher risk of having a stroke in the future; it’s a significant warning sign.

Abedi instructs his patients on learning about the warning signs and symptoms of stroke. These include: sudden loss of vision in one eye, slurring of speech, having trouble finding the right words to speak, facial drooping, and numbness or weakness of an extremity. “Unfortunately, what happens is most people think that this is something that’s going to go away, I’m going to go to bed at night, and then it won’t be there the next day,” he says. “But the damage that occurs a lot of times in our brain is irreversible. If any of those symptoms occur, my suggestion is to go and seek help immediately.”

If Abedi is referred a patient who has already had a TIA, he’ll check their medical history, noting that hypertension is the number one cause of stroke overall, while carotid artery disease is the second leading cause. Patients with a history of cardiovascular disease are at a higher risk of developing carotid artery disease, as are smokers and diabetics. Carotid artery disease affects both men and women on a close to equal level, Abedi says, but women as they age tend to have poorer outcomes because their arteries are smaller and therefore have less space to accommodate the buildup of plaque.

Once he gets the patient’s information, he’ll listen to their blood flow through the carotid arteries (as discussed above) and he and his staff will also perform a non-invasive ultrasound procedure called a duplex. If these initial tests reveal a substantial narrowing of the carotid arteries, Abedi will then conduct more detailed imaging tests, such as injecting dye into the arteries via a CT (computerized tomography) angiogram. This scan will reveal not only problems in the arteries but also the condition of the patient’s brain.

“The majority of treatment for carotid artery disease is medical,” Abedi says. “A lot of it is diet modification, changing habits, but in our state, unfortunately, we have rampant diabetes and a very high percentage of the population that smokes. Those two things – controlling diabetes and getting off of all tobacco products – are the most important modifications that patients need to make.”

Abedi will also prescribe statins (cholesterol medications) for patients if needed, and he also recommends anti-platelet medication such as aspirin to help prevent platelets from adhering to the arterial walls. Statins keep plaque from continuing to build up in the carotid arteries, but as Abedi acknowledges, “We still don’t have the medical version of Drano.” The only way plaque can be removed from the artery is through surgery.

A carotid endarterectomy is the “gold standard” procedure to remove plaque, Abedi says. The patient is put to sleep with anesthesia and an incision is made in the neck, he explains, and then the surgeon will divide the muscles in the neck to reach the carotid artery. “A lot of times we have to tie off some of the veins that cross the carotid artery, and we have to be very careful not to injure several nerves,” he says, since these affect the vocal cords, facial muscles, and tongue.

Once the carotid artery is reached, Abedi will put a clamp on it to stop the blood flow and then open it. “Immediately when we open it, there are different techniques to make sure the patient is getting proper perfusion of their brain,” he says. “I tend to use what’s called a shunt, which is a little plastic tube, that I put into the artery before and after where I’ve opened it.” Once that is implemented and blood flow to the brain is maintained, Abedi will clean out the plaque from the carotid artery. He says that process can be difficult at times, especially if the plaque is not solid and takes several tries to remove.

Abedi says that a newer procedure called a TCAR (trans-carotid artery revascularization) is an option to consider for some patients. The TCAR improves on an earlier alternative to carotid endarterectomy, which occurred when the surgeon inserted a stent in the carotid artery. Patients did not go under general anesthesia in this stent procedure and it was less invasive; since it required a much smaller incision, the surgeon did not have to identify and bypass crucial nerves in the neck.

The TCAR advances on the stent procedure by enabling the surgical team to manage blood flow throughout the operation. To do this, the surgeon inserts a sheath into the carotid artery that reverses the blood flow from the brain and into the femoral vein. The surgeon then opens a balloon inside the carotid artery to push aside the plaque and increase the open space, and then inserts a metal stent to keep that opening in place. “The advantage of this operation is that the patients can actually be wide awake,” he says. “If there are any changes in their neurological status we’re well aware of it and can address it immediately.”

Abedi says that he informs his patients who have had a surgical procedure to clean out the plaque in their carotid artery that “this is not a one-time fix and you’re cured forever – this is a chronic disease that you’re going to have for the rest of your life.” The long-term prognosis for carotid artery disease is largely dependent on how well the patients were managing their co-morbidities such as high blood pressure, diabetes or tobacco use before the surgery, he explains. He advises viewers to get their blood pressure checked regularly and to monitor cholesterol as well.

“What we’re here to do as surgeons is to improve quality of life,” Abedi says. “We want to prevent strokes, and at the same time we want to make sure we’re not causing any harm.” To that end, Abedi says that surgeons never operate on both carotid arteries at the same time. He notes that cleaning out a lot of plaque in both of the arteries at one time could increase blood flow rapidly to the brain and cause it to swell and bleed. If a patient needs both arteries cleaned out, Abedi will perform one procedure and then let the patient recover for at least one month before moving to the remaining carotid artery. 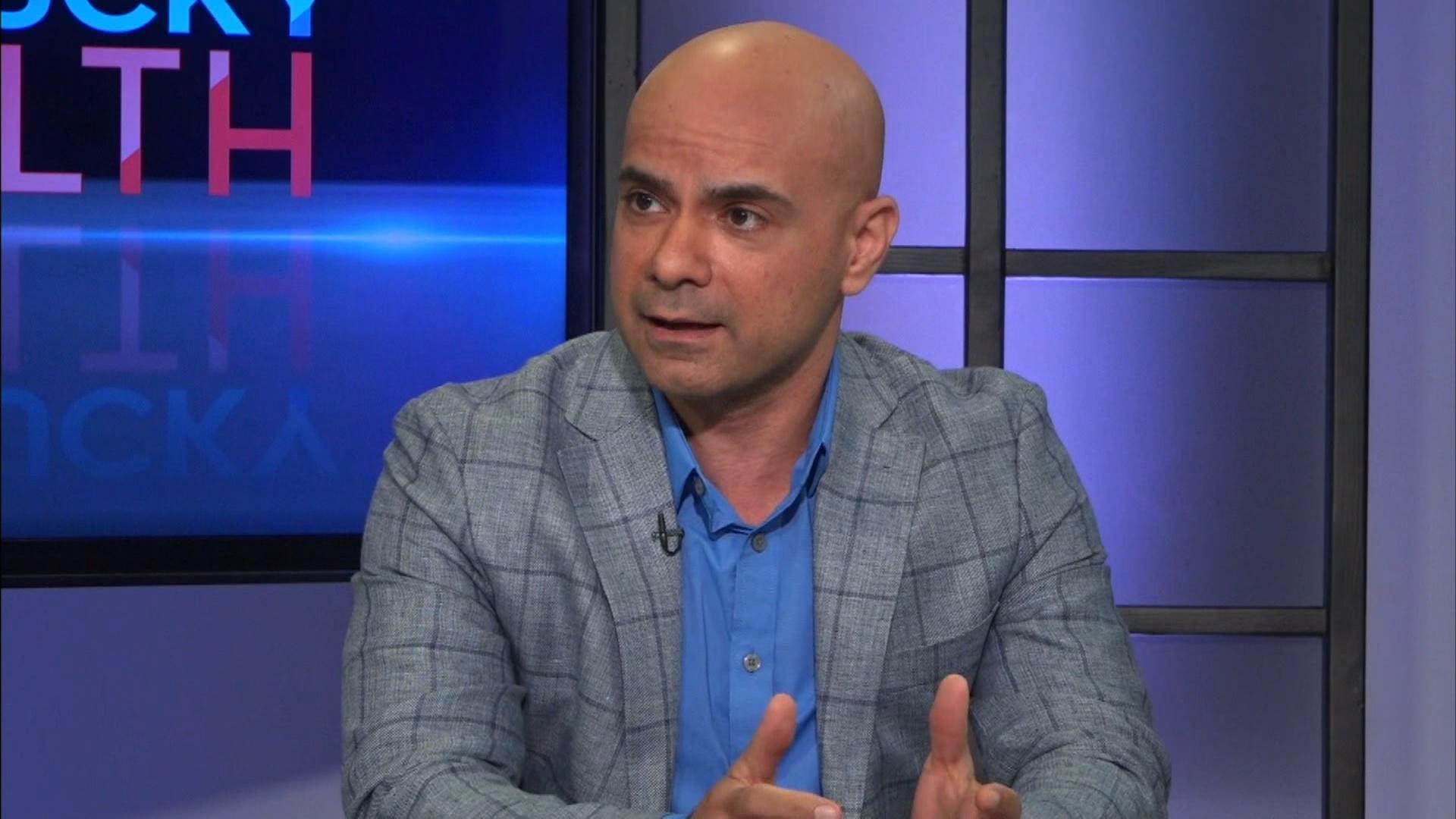