Loss of vision is a life-altering event and can derive from macular degeneration, glaucoma, cataracts, diabetic retinopathy, and retinal detachment. Maintaining a routine eye exam schedule is crucial, since it allows specialists to test for early signs of these diseases and begin treating them with medicine or surgery if necessary.

In this episode of Kentucky Health, host Dr. Wayne Tuckson speaks with a Louisville ophthalmologist and surgeon who discusses eye disorders and explains the best methods for detecting and curing them.

Dr. Frank Burns, M.D., obtained his medical degree from the University of Missouri and completed his residency and a fellowship in corneal disease at the University of Louisville. He has practiced ophthalmology and eye surgery in Louisville for more than 20 years. Burns uses a series of slides to illustrate his comments about the eye’s physiology and how diseases are detected.

“The retina then takes those light signals that are coming into the eye, and sends them to the optic nerve,” he adds. “The optic nerve is attached to the brain, and there are visual tracks from the optic nerve all the way back to the occipital lobe, where these images are processed, and you have vision perception.”

Risk Factors for Eye Diseases
Burns says that most serious eye disorders have a genetic or hereditary component. Imperfect vision can also increase the risk of getting certain diseases, he adds, noting that nearsighted people have a higher risk of retinal detachments, and farsighted people have a higher risk for a type of glaucoma called narrow-angle glaucoma. Burns briefly details the history of the common eye chart exam, which measures visual acuity, and explains how eye doctors use mirrors to make charts approximate the 20-foot distance required to give an accurate reading.

The most common lifestyle risk factor for several eye disorders is, as is common with many other diseases, smoking.

“Cataracts are increased with smoking,” he says. “Macular degeneration is a disease that very often is made worse by smoking. And then, finally, diabetic retinopathy – if a person is a diabetic and they already have a diabetic eye disease, smoking will make it even worse. As I always tell patients, ‘Like you don’t have enough reasons to quit smoking already, it can make you go blind, too.’”

Macular Degeneration, Diabetic Retinopathy, and Retinal Detachment
Macular degeneration is a very serious condition affecting the back of the eye, where the central part of the retina is located. This part, called the macula, is responsible for processing vision for objects that are most prominent in a person’s line of sight. As we age, Burns says, the light-sensing cells in the macula break down and persons may experience a loss of central vision. Peripheral vision remains normal, but the clear, focused vision that provides much of a person’s stimuli will be affected.

“Usually with macular degeneration, people lose focusing, especially with reading,” Burns says. “So they’ll have an area in the center of their vision which is blurred, even sometimes totally blacked out, if they have a severe problem. They’ll have problems recognizing faces, and reading. Those are the most common symptoms of macular degeneration.”

Diabetic retinopathy is one of the many complications associated with diabetes, and is becoming more prevalent due to the general increase in persons with the chronic disease.

If detected early enough, diabetic retinopathy can be treated with lasers, which seal the leaking blood vessels. Burns stresses that diabetic patients should heed all health recommendations, such as eliminating smoking, following a proper diet and getting exercise, and taking prescribed medications, in order to reduce their chances of developing diabetic retinopathy. The condition usually causes no symptoms until fully developed, so routine eye exams are essential for diabetics.

Having a detached retina can occur through trauma and has happened to boxers such as Sugar Ray Leonard, but far more often it happens spontaneously, Burns says. Older people and those who are nearsighted are most susceptible. In its early stages, the vitreous cavity slowly pulls away from the retina. The vitreous cavity may separate without tearing the retina, Burns says, but if it does, a person will experience increased floaters and flashes of light.

A torn retina can be repaired with lasers, but a completely detached retina is far more serious and requires surgery, Burns says.

Glaucoma and Cataracts: Common and Treatable Maladies
“By the age of 80, 15 percent of the population has glaucoma,” Burns says. The disease occurs when the normal fluid distribution in the eye is disrupted, leading to its buildup and increased pressure within the eye.

There is a genetic predisposition to glaucoma, and people with nearsightedness and African-Americans are also at greater risk for developing it, Burns says. He also says that the “puff test” for glaucoma many have experienced during their eye exams gives elevated pressure readings, and that ophthalmologists now mainly use a tonometer, which pushes against the eye’s cornea, to obtain more accurate pressure levels.

Using slides, Burns shows how glaucoma develops. Fluid normally flows through the eye by way of the trabecular meshwork, which is located near the angle where the cornea and iris meet. Burns calls this meshwork “the filter of the eye.” The nourishing fluid, called aqueous humor, is filtered through the meshwork into a drainage canal, known as Schlemm’s Canal.

As aging occurs, the trabecular meshwork gets stiff and non-pliant, and fluid flow is disrupted. Pressure increases, and the optic nerve becomes damaged. As nerve tissue is lost, peripheral vision is first affected, so what is known as tunnel vision is an indicator that a patient needs to be fully tested for glaucoma. The process can occur over many years without symptoms.

Burns will prescribe medicated eye drops to patients with glaucoma, and if effective, they can reduce pressure levels by 30 to 40 percent. Laser treatments may also be applied if the drops do not work.

A relatively new and exciting option for those suffering from glaucoma is a tiny eye stent, which Burns calls a “snorkel.” The stent, which is shown on a slide resting on the head of a penny, is inserted near the trabecular meshwork and offers a bypass for the fluid into Schlemm’s Canal.

Current FDA restrictions limit one stent per eye, and it can only be inserted during cataract surgery, Burns says.

Cataract surgery is the most common surgical procedure performed in the U.S., and has been made even more effective with recent innovations in laser technology.

“A cataract is basically a clouding of the lens in the eye,” Burns says. “As we age, that clear lens which focuses light to a single point on the retina gets cloudy. … When a cataract forms, it starts scattering light. So, the light is not focused onto the retina anymore, and patients will start complaining of typically blurred distance vision. They will have trouble driving at night because of glare. They see halos off of headlights, they see starbursts off of headlights, and they have very difficult time seeing in low light.”

Burns presents slides showing how a cataract will diffuse light to the retina, and also a slide that approximates the blurred vision associated with cataracts. Another series of slides details the complicated, but relatively quick process of cataract surgery.

“Typically, if the patient has a normal retina, and they don’t have macular degeneration or some other eye disease, you take the cataract out, and replace it with an artificial lens,” Burns says, “usually an acrylic lens, and then the vision will return back to normal. It’s a very quick, 10 to 15-minute procedure.”

Traditionally, cataract surgery was performed using a blade, and the eye surgeon would make an incision in a circular pattern on the membrane that encases the lens. This process, known as capsulorhexis, removes the membrane, allowing the surgeon to then extract the lens with an ultrasound instrument.

Recently, surgeons have utilized new lasers to perform capsulorhexis, allowing them to trace a perfect circle around the membrane instead of an irregular, manually applied one. This further reduces the amount of time required for surgery as well as trauma to the eye. Most often, patients remain awake during cataract surgery, and the eye is numbed with topical anesthetic drops. 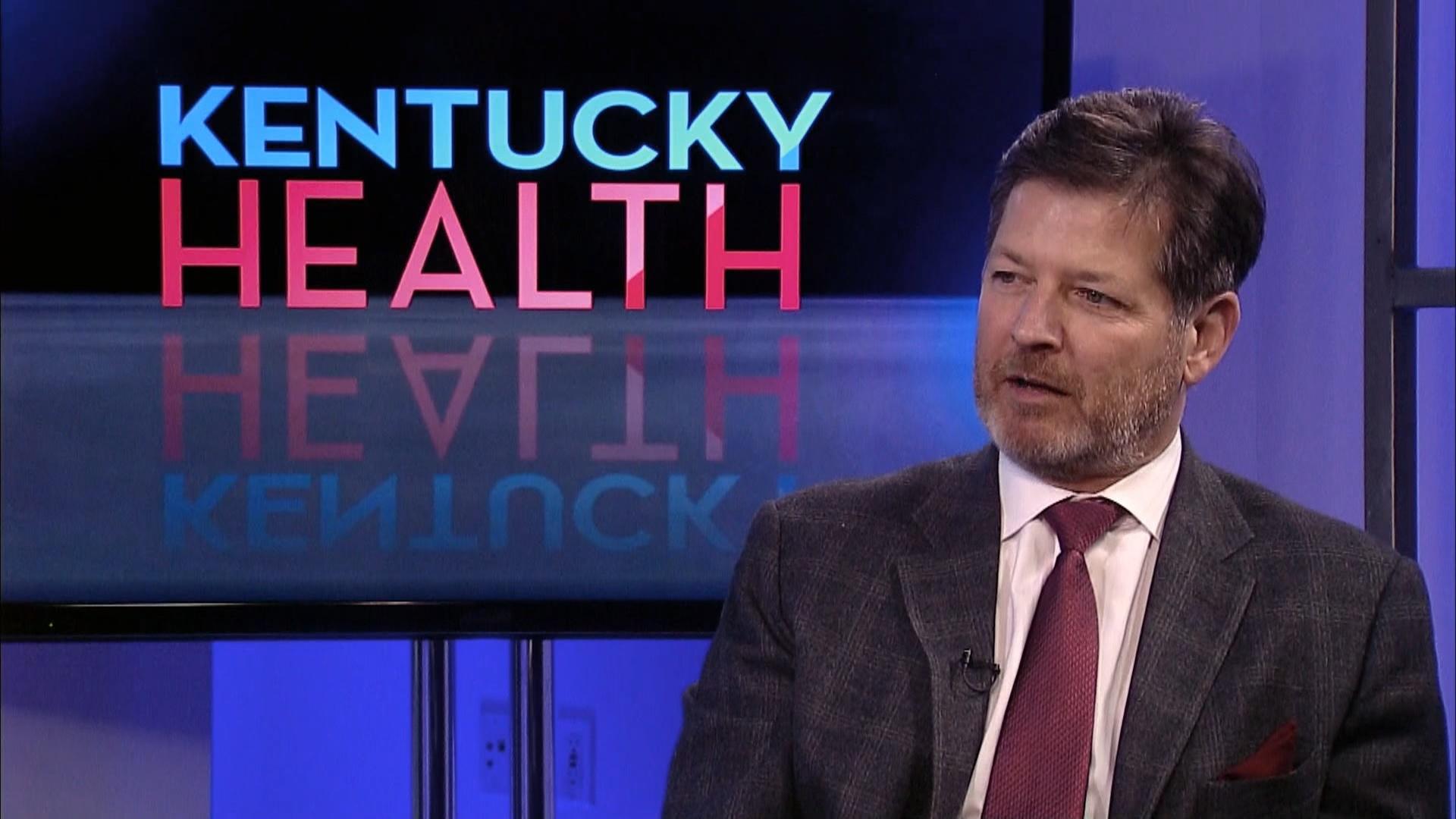