Maintaining good health is a constant process that extends beyond receiving care from doctors, nurses, and other professionals at a clinic or hospital. Many persons also require instruction and support to help them manage chronic diseases, maintain prescriptions, keep appointments, and improve their daily lifestyle habits. Community health workers help fill in these gaps in care, and have provided a vital support system for Kentuckians in several counties.

In this episode of Kentucky Health, host Dr. Wayne Tuckson welcomes the deputy commissioner from Kentucky’s public health department and the deputy director of a health institute at the University of Louisville to discuss the important role community health workers play in improving public health.

Dr. Connie White is the senior deputy commissioner at the Kentucky Department of Public Health and is an obstetrics-gynecologist by training. Sherry Duffy is deputy director for the Commonwealth Institute of Kentucky, a policy organization in the University of Louisville’s School of Public Health that supports collaborative research, analytics, and outreach projects, including a community health worker training program.

In years past, persons often had family members or neighbors to assist them when health problems arose, but in modern 21st-century America, those relationships are less common. And people living in the many rural areas of Kentucky can become isolated. Community health workers are instructed to go out into the neighborhoods and regions and meet patients in their homes, using a proactive, personal approach that builds trust, White and Duffy explain.

White talks about a recent time when a community health workers stepped in to help a patient with health problems, away from the hospital and/or physician’s office. In the Barren County River District area close to Glasgow and Bowling Green, a patient with chronic renal failure was being admitted to the hospital several times a year, racking up exorbitant expenses without improving his health. A community health worker assigned to the patient asked him why he wasn’t attending his dialysis clinic regularly, assuming that there may have been a conflict. As it turned out, the patient lacked a way to get to the clinic.

“Once this community health worker connected him with reliable transportation, he wasn’t in the hospital anymore,” White says.

Both guests agree that transportation issues affect many people in Kentucky and are an obstacle against improving public health in the state.

“In rural areas, it’s getting a vehicle,” Duffy says. “In urban settings, another big stumbling block is in West Louisville and South Louisville, the sidewalks we have are crumbling. Let’s say you’re a Type 2 diabetic, and you’ve had an amputation and you’re in a wheelchair, if you can’t navigate your streets – or if the violence is so bad where you live that you can’t navigate walking on two legs where you need to go to get to the bus – it’s a problem.”

Community health workers also advise patients on making lifestyle changes and remind them to take their medications and refill their prescriptions. The public health department in Montgomery County started employing community health workers in 2006, first with the goal of helping the Latino population and subsequently expanding to assist citizens county-wide.

Duffy talks about two studies done through U of L’s Public Health Department that illustrate how community health workers can improve health literacy in a given population and can also boost health outcomes by using data to consult with patients who have chronic health conditions.

In the first, study, researchers went into West Louisville and South Louisville and asked residents how they learned about Kentucky’s expanded Medicaid coverage; the majority of them learned through face-to-face interaction with fellow community members. The second study uses predictive analytics to track Medicaid patients with Type 2 diabetes, so that community health workers can intervene and recommend lifestyle changes before the disease progresses.

Both White and Duffy acknowledge that increasing the amount of community health workers in Kentucky’s health care system will be challenging in the current fiscal climate. Kentucky does not reimburse for community health workers through Medicaid, unlike neighboring Indiana. But several organizations and health departments – such as the above-mentioned ones in Montgomery County and the Barren River region – are showing how valuable community health workers are in helping patients manage disease and lead healthier lives, which also significantly reduces medical costs.

A major aspect of cost-saving occurs when hospital re-admittance rates decline, White says. A study done by Kentucky Homeplace in Hazard, which started training community health workers in 1994, followed patients who had suffered a stroke after they had been discharged from the hospital. The patients were offered community health workers to consult with during their recovery, and of the group that accepted the help, none were re-admitted for a condition related to their initial stroke.

Results from another project in the Barren River district found that 77 percent of persons involved with community health workers reached their blood pressure target.

As the community health worker approach becomes more widespread in Kentucky, both White and Duffy agree that a standardized training and certification program needs to be created and implemented statewide. Although each community health worker interacts with patients using a personal approach suited for their surroundings – an essential part of their care – both guests believe that training community health workers in basic medical knowledge and social services will help the medical systems in each area of the state expand their programs with more confidence and reach more people.

“We want competencies, we want to approve these [curricula], so we can give you a certificate and you won’t just be a CHW, you’ll be a CCHW – a certified community health worker,” White says. 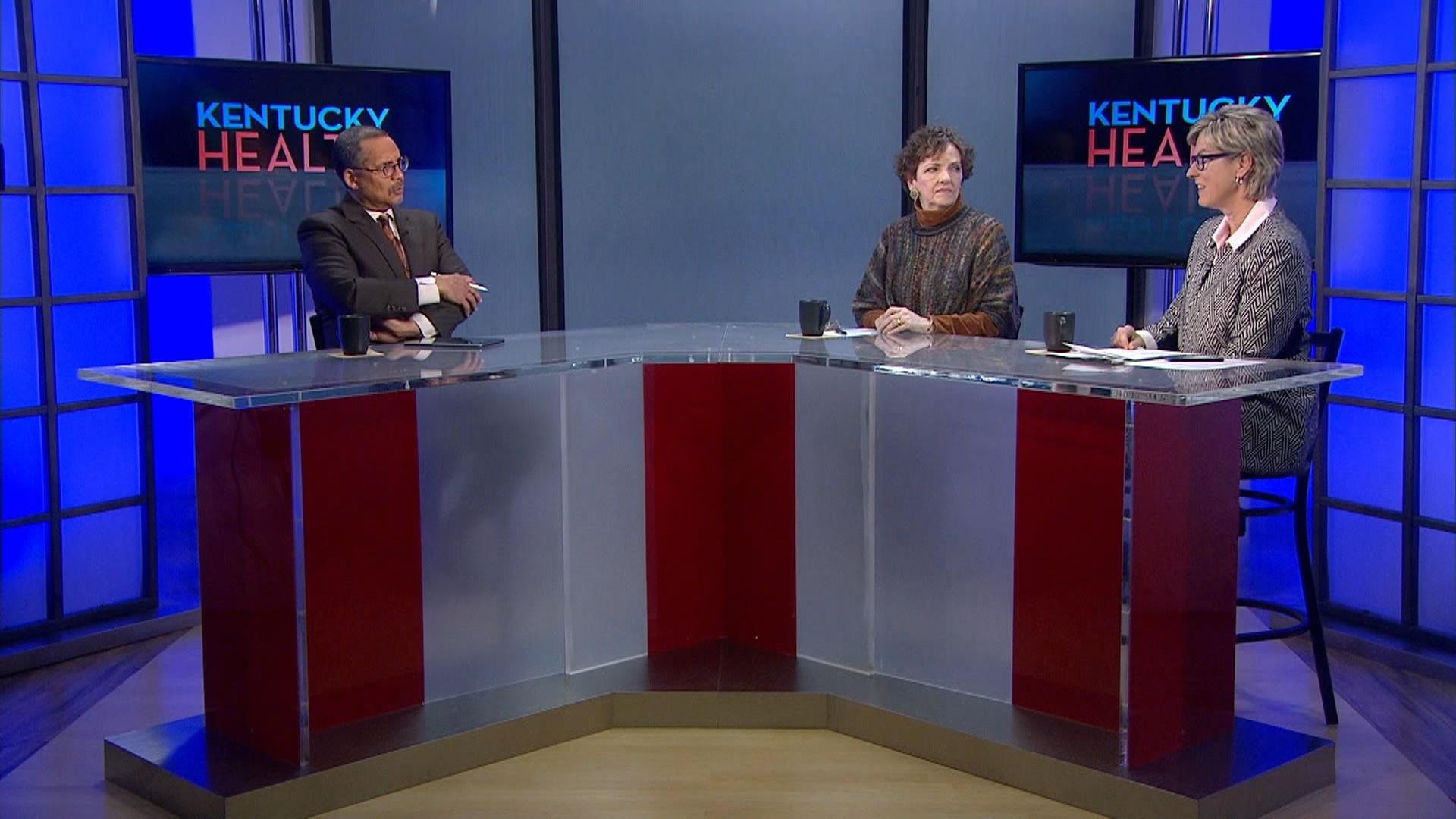