Here are key takeaways from an episode of Kentucky Health focusing on Crohn’s disease. Dr. Sandra Kavalukas, a colorectal surgeon at UofL Health, visited to discuss evaluating patients with Crohn’s disease and surgical options for treating it.

Symptoms and Risk Factors for a Painful Intestinal Disease

Patients suffering from Crohn’s disease, an autoimmune inflammatory intestinal disease, have benefited from the development of medications in recent decades to help them avoid surgery. Still, for some patients, surgery is the only effective form of treatment.

“Crohn’s disease by nature has what we say are ‘skip areas,’ so it can kind of be all over the place,” she says. “It can be anywhere from the mouth to the very bottom of the rectum, it can be in the entire tract, it can only be in certain spots, and that’s part of what makes a diagnosis so challenging, is that we can have abdominal pain anywhere.”

A visual hallmark of Crohn’s disease is swelling of the mucosa, the membrane lining the intestinal walls, Kavalukas says. That inflammation makes the intestine unable to absorb water and properly digest food, leading to symptoms such as diarrhea, bloody stool, and bowel obstructions.

Kavalukas says that Crohn’s disease affects about 3 percent of the population and can initially be difficult to diagnose because some of its symptoms – diarrhea and cramping, for example – can also be caused by other diseases such as gastroenteritis or ulcerative colitis. Still, if a patient has ongoing symptoms, especially bloody diarrhea, he or she should get evaluated for Crohn’s disease.

“Crohn’s disease has historically been in mostly industrialized countries,” Kavalukas says. “Within the United States, the northeast has a much higher prevalence than in the south. However, Kentucky, for some reason we’re not clear on yet, has a much higher prevalence compared to other places. Part of my research is trying to figure out if there’s different areas in Kentucky that may put people in contact with well water or certain other things that they’re ingesting in their environment that are predisposing them to Crohn’s disease.”

Kavalukas says that there is a genetic component to getting Crohn’s disease but there are also many other factors that can create a higher risk. Behaviors as smoking, eating raw meat, and using non-steroidal anti-inflammatory drugs (NSAIDs) play a role. “Smokers by far and away have a much higher prevalence of worsened Crohn’s symptoms,” she says.

If a person develops symptoms associated with Crohn’s disease, Kavalukas recommends consulting with a primary care doctor and then a gastroenterologist, who will order a colonoscopy and possibly a CT scan of the abdominal region.

Surgical Options When Medication Does Not Work

“I think that the data before 1990 indicated that approximately 45 to 50 percent of patients diagnosed with Crohn’s disease would end up having surgery in the first five years of their diagnosis,” Kavalukas says. Back then, patients may have been prescribed steroids for a period of time to suppress the autoimmune response, but Kavalukas says eventually the long-term negative effects of using steroids meant that gastroenterologists would recommend surgery.

Starting in the late 1990s, Kavalukas says that new biologic drugs have continuously been developed and approved to treat Crohn’s disease, such as the group of monoclonal antibody drugs targeting autoimmune disorders. Now, she says that about 35 percent of patients with Crohn’s disease are recommended for surgery within the first five years of their diagnosis. In particular, patients who have ileocolic disease are often advised to consider surgery early on in their diagnosis since recurrence rates are low and it’s less expensive than medication.

Kavalukas says surgery can be required for patients due to both emergent and long-term reasons. “A lot of times if they’re getting really bad flares that are not responsive to steroid medications or if they get terribly bloody diarrhea and fevers and chills and even sepsis, in what we call toxic megacolon, that’s something where you’ll be an inpatient and be admitted to the hospital, and it’s a definite emergency,” she says.

Most patients, however, turn to surgery after their condition fails to improve over time, Kavalukas explains. They may have repeated obstructions due to the constant narrowing of the intestinal wall, and some can also develop fistulas. A fistula is new tissue formed abnormally connecting organs (such as the large intestine to the small intestine or to the skin) and causing pain, infection, and other complications.

During surgery, Kavalukas says that her goal is to do as limited a resection as possible of the organ she’s operating on, keeping in mind the possibility that future procedures may be required. She says that there are new surgical techniques that she can apply if appropriate that help mitigate the odds of recurrence. She also tries to limit resection in order to prevent what is called short gut syndrome. Kavalukas says that while most people have 300 to 600 centimeters of small intestine, if surgery lowers that to around 200 centimeters the patient will have trouble absorbing the required amount of nutrients during the digestive process.

Once the surgery is completed, patients may return to taking medication for Crohn’s disease depending on whether the disease returns aggressively or not and also on their past tolerance of medication, Kavalukas says. Complications include a higher risk for infection and blood clots. “There’s a lot of factors that come into play, but almost routinely at six months and one year, we do recommend getting an endoscopy because, believe it or not, the symptoms of Crohn’s disease don’t always correlate with the activity in the intestine,” she explains.

Patients who have Crohn’s disease affecting the anus may form fistulas in that area, and are more difficult to treat through surgery, Kavalukas says. “It’s challenging from a provider standpoint because that’s why we went into medicine – to help these patients,” she notes. “At the same time, helping these patients is not operating on them, because as of right now, there is something about the disease activity that will not heal.” She says that around 20 to 25 percent of patients with Crohn’s disease will have perianal disease. As a last resort if the disease progression becomes too intense, the anus and rectum may have to be removed and the patient will have to wear a colostomy bag.

“I always tell our trainees and residents that the main reason I like taking care of Crohn’s disease is that it’s one of the few times it’s really a conversation between you and the patient,” Kavalukas says. “I ask them, ‘Where are you at? Are you getting to the end of your rope?’ Most of Crohn’s patients are young, healthy people, and they need to get back to work and they just want to feel good. And so that’s the kind of time where it’s exciting to go to the operating room, because you feel like you really can make them better.” 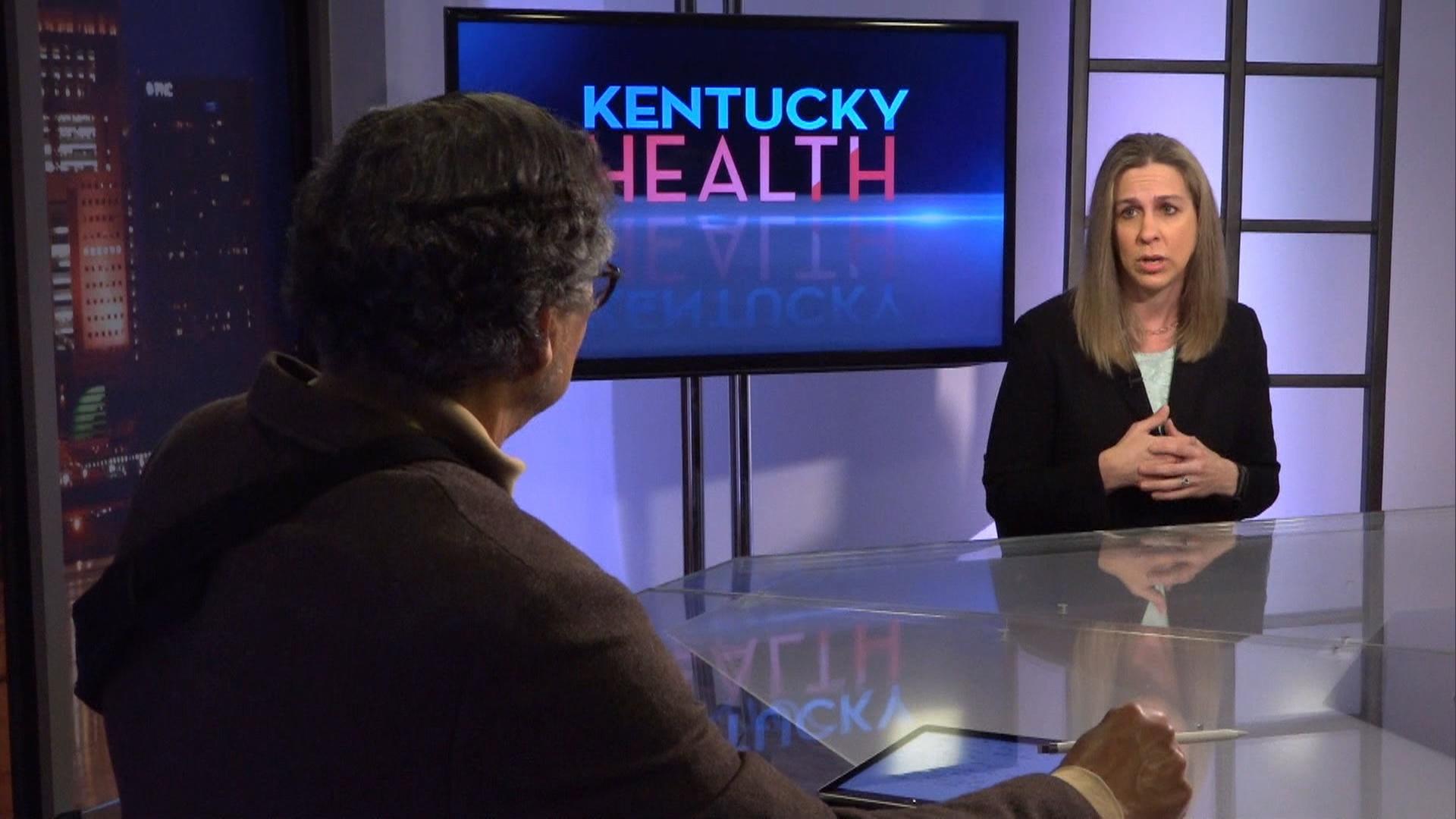