The Current State of Diabetes in Kentucky

Below are key takeaways from a March 2020 episode of Kentucky Health focusing on diabetes in the commonwealth. Host Dr. Wayne Tuckson welcomed endocrinologist Dr. Fred Williams, who practices with the University of Louisville Physicians - Endocrinology and Diabetes Associates.

Diabetes and Prediabetes: What’s Behind the Rising Rates?

Between 1958 and 2015, the incidence rates for diabetes in the U.S. rose from 0.9 percent to 7.4 percent of the population. Diabetes is the seventh-leading cause of death in the U.S. In Kentucky, the disease is even more prevalent and crippling. Dr. Williams says that the incidence rate for diabetes in Kentucky is about 14 percent, and the rate for prediabetes is about 33 percent.

“With diabetes or glucose metabolism, there’s clearly a subset of normality,” Williams says. “And then there’s another subset of folks who have definable diabetes, which is usually Type 2 diabetes.”

Type 2 diabetes, which used to be commonly called adult-onset diabetes, occurs when the body’s process of controlling blood sugar (glucose) through production of the hormone insulin deteriorates due to either decreased production or increased resistance. Type 1 diabetes affects roughly one of 10 diabetics, and results from the body’s inability to produce insulin in the pancreas, usually due to an autoimmune attack.

As for prediabetes, Williams explains that “there’s a large middle group who do not have normal glucoses by generally accepted definition, but they have not crossed that diabetes threshold. But it’s important for people to know this because if nothing is done, once they’re defined as prediabetic, over 50 percent of those folks will go on to develop Type 2 diabetes with all of the myriad complications.”

Williams says it’s important to identify people who are prediabetic because early intervention – usually by making lifestyle changes – can restore normal glucose regulation or at least prevent further decline. Type 1 and Type 2 diabetes both have broad and harmful effects on many normal bodily functions, and can cause cardiovascular disease, kidney disease, poor eyesight possibly leading to blindness, and infection.

Screening for diabetes can be done by measuring a patient’s fasting glucose level, which can be done in a doctor’s office. Williams says that a newer non-fasting test called hemoglobin A1C is also common. That measures the extent to which a patient’s hemoglobin (a protein in the blood carrying oxygen) is coated with glucose, and gives physicians a reading that determines glucose level for the previous 90 days.

“Anybody over the age of 45, regardless of their health, should be screened,” Williams says. He adds that people with a family history of diabetes, a personal history of gestational diabetes (which occurs in some women during pregnancy), those diagnosed with hypertension, obesity, and/or high cholesterol should all begin screening at a younger age. African Americans, Native Americans, and those of Pacific Islands heritage should also begin screening at an earlier age as those racial/ethnic groups have a higher risk factor for Type 2 diabetes.

“The screening is easy, it’s not difficult, and it’s meaningful,” Williams says. “Because if you’re normal, it’s nice to know that, and if you’re not normal, you need to know that. Because it’s going to effect your health now, but especially down the road.”

Overall, however, eating a diet largely made up of high-calorie food is the number one risk factor for becoming a diabetic, Williams says. “The heavier you are, the greater the level of your insulin resistance and the greater of your susceptibility to develop diabetes is,” he explains.

“The third factor is, as a society, we’re more sedentary,” Williams continues, pointing out that over the past 30 years, more and more people have come to spend time interacting with visual media rather than being physically active. “We don’t get out and move as much, and I see examples of that all the time,” he says. “Tragically, it’s usually in younger people.”

According to Williams, there have been several exciting developments in insulin delivery in recent years, and innovation is ongoing. People with Type 1 diabetes must take insulin every day, and in years past they did so by self-administering shots, as many as four a day. Now, insulin pumps are becoming more common.

Insulin pumps contain “little computers that put insulin into your system on a continuous basis,” Williams says. A patient wears a small touchscreen attached to the pump, which in turn is attached to an infusion node placed underneath the skin. The patient programs the touchscreen computer, giving it information on the type of meal he or she eats, and insulin is delivered based on that information.

Another product available to patients is a glucose sensor. This small patch is placed on the skin with a tiny catheter. Once that is inserted, the pump monitors glucose levels that can be read on the patient’s smartphone.

Eventually, Williams says that the makers of insulin pumps and glucose sensors aim to combine their products into what’s called a closed-loop system.

“The glucose sensor feeds data into the pump, and the pump has software in it that tells the pump how much insulin to deliver and at what rate,” he explains. Once the closed-loop system becomes more widely available, patients will not need to spend as much time actively self-monitoring their own glucose levels.

These drugs, some of which are injected and some taken orally, lower patients’ resistance to insulin. They do so in different ways, Williams explains. One lowers insulin resistance in muscle tissue cells. Another group stimulates the pancreas to create insulin. And Williams says a new class of medications enables the kidneys to increase urinary production to reduce excess glucose.

Even with effective medications available, Williams says that making permanent lifestyle changes in the areas of diet and exercise are the most important steps a person can take to manage Type 2 diabetes.

“We get this question a lot: ‘Doc, what type of diet should I follow?’ And what I tell them to concentrate on initially is just this basic (advice): eat more plants and eat less meat.

“You want to look for fresh food,” he continues. “And in some situations that’s harder to get – in impoverished areas, for instance, where the incidence and prevalence of diabetes is very high, a lot of times those folks don’t have access to good, wholesome food. And that’s a lot of the reason they’re in the situation they’re in.”

If you are a member of an at-risk group by way of family history or racial/ethnic background, Williams says you should get screened for diabetes and prediabetes and, if your glucose level is normal, get rescreened one or two years later. Ultimately, he advises viewers to “eat well, and stay as active as you can. In the final analysis, that’s all that you can do.” 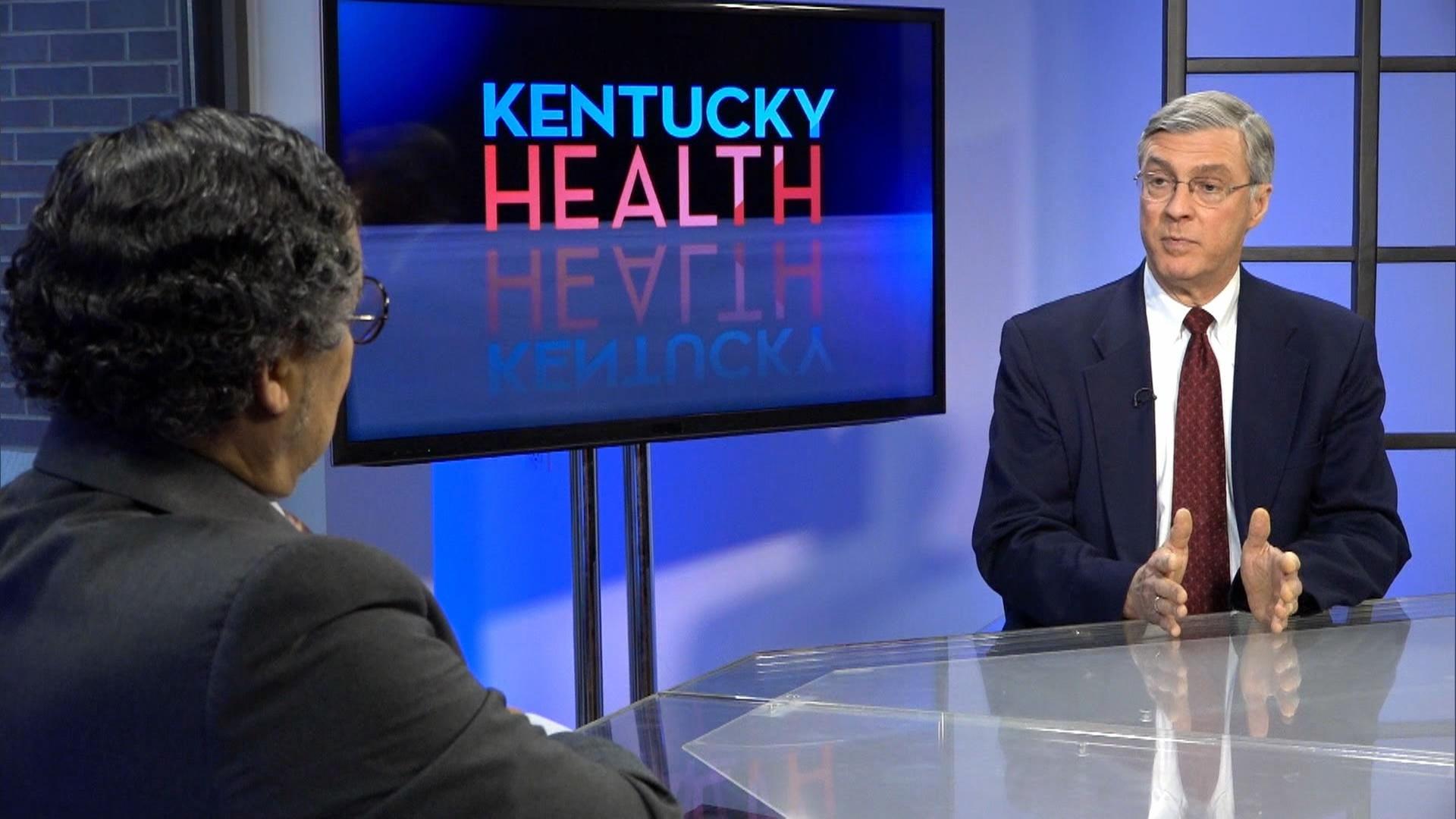