A Strain on the Health System: Rising Rates of Gun Violence

Here are key takeaways from an episode of Kentucky Health examining the impact gun violence has on public health. Host Dr. Wayne Tuckson welcomed Dr. Keith Miller, a trauma surgeon with UofL Health and an assistant professor of general surgery at the University of Louisville.

Types of Gun Violence and the Need for a National Database

In 2017, the most recent year with complete data, there were 39,773 gun-related deaths in the U.S. That number exceeded motor vehicle deaths for the same year by a little over 1,000.

Gun violence incidence rates on a per capita basis have declined compared with rates from the 1970s, but in recent years, rates have climbed. “You don’t have to watch any of the news programs for very long to realize that this is a major, relevant and timely issue,” Miller says.

While there are considerable federal government resources devoted to motor vehicle research and safety, Miller says that gun violence has not received the same focused attention.

“We’ve addressed those two entities very differently over the years,” he says. “I think we have taken a public health approach to motor vehicle injury and death. We have not to firearm injury.”

The reasons for this disparity, Miller says, can be traced to varying public opinions about guns and the ways they are used. He notes that the University of Louisville did an informal survey asking people whether individuals who died by suicide using a firearm should be included in gun violence statistics. The responses were roughly split between yes and no.

“Gun violence, as most of us think about it, is interpersonal injury – someone being shot by a firearm fired by somebody with an intent to harm that person,” Miller says. But there are several other types as well, he explains: legal intervention (action taken by law enforcement during a conflict); intentional self-inflicted injury; and accidental injury. Miller adds that the majority of gun deaths, around 65 percent, are due to intentional self-inflicted acts.

In 1996, Congress passed the Dickey Amendment as part of an appropriations bill. The amendment prohibits the Centers for Disease Control from collecting data on gun violence. Since then, trauma centers and other groups have compiled statistics on gun-related injuries and deaths. While this information is collected annually in a National Trauma Data Bank, Miller notes that many gun-related injuries are not treated at trauma centers.

Additionally, law enforcement agencies keep data on gunshot wounds, but there are gaps in their reporting as well. “It’s interesting to note that Kentucky is not a mandatory report state,” Miller says. “What does that mean? It means that if somebody comes into our hospital after a gunshot wound, law enforcement doesn’t necessarily know that – nor do they have to know that.”

“We don’t have a lot of data variables for firearm injuries,” Miller says. “So we have to be very careful when we talk about gun violence to be specific – we have to be authentic, and factual. It’s been politicized in a way that motor vehicle injuries never really were.”

Over the past quarter-century, mass shootings in the U.S. have often led to extended public debate over gun accessibility and gun safety. Mass shootings are generally defined as a single act of gun violence involving more than four fatalities, Miller says, although there’s no official consensus on that.

“Mass shootings are tragic, and they trigger discussions in our country about firearms that other points in time may not,” Miller says. “But if you look at mass shootings, what percentage in the population of people killed by firearms does that represent? It’s a very small group, typically we’d say it’s less than 1 percent.”

Miller believes that the increased focus on gun violence that occurs after mass shootings needs to be applied to everyday incidents that don’t receive national media coverage. The 2017 annual data cited above equates to roughly 100 persons a day dying from acts involving a firearm, he notes, and a detailed examination of the statistics – even if they are incomplete – reveals important trends that need to be addressed.

Gun-related injuries and deaths disproportionally affect young people, Miller says, explaining that the risk level spikes from a person’s teenage years into the mid-twenties before declining. Urban youth, and particularly African American youth, are at even higher risk for injury or death from firearms, Miller adds, noting that homicide rates in the Louisville metro area are on pace to set a record in 2020. Bringing these rates down will require a comprehensive effort that incorporates education, economic and housing reform, and many other policy areas, he says.

Miller says that firearm access is an issue involving individual rights and one that, as a surgeon, he doesn’t get too involved in, while acknowledging that it needs to be examined. In terms of policy, he observes that studies into institutional racism with regards to housing reveal troubling statistics about where high levels of gun violence occur, with Louisville as an illuminating example.

“There’s no doubt that if you look at Louisville, if you’re African American you have a higher risk of being injured by a firearm than you do if you are white,” he says. “Why is that? Well, we look through time, and redlining is an example.”

Miller shows a chart of redlining maps for the city of Louisville drawn in the 1930s that were used to direct economic development resources during the Great Depression in order to revive the housing market. Neighborhoods in the city closer to the Kentucky River floodplain were assessed as low priority for assistance, including ones in West Louisville where a large percentage of African Americans lived, and still live. When a current map of gunshot victims in Louisville is overlaid on the redlining map, there is a significant correlation between the redlined neighborhoods and the areas of highest risk for gun violence.

“That’s a map from a point in time,” Miller says. “This is an association, we didn’t demonstrate causation in the way we looked at this. But I think these are the ways that we parse the issue out, and why it’s important to treat gun-related violence as a public health issue, and why we are seeing what we’re seeing in 2020. Very targeted disinvestment in certain communities has played a role in gun violence, as has poverty and other contributing factors.”

UofL Health started an outreach program to address the high rate of gun violence in the metro area, and Miller says that it focused on what he calls tertiary prevention – “How do make sure a person who is injured by gun violence isn’t injured again?” Miller says that the risk of a gun victim to be injured again is about 15 percent within a 10-year time period, with higher percentages for certain demographic sub-groups.

“Stopping bleeding, patching up holes, those are things we do on a daily basis,” Miller says. “But what we realized is it doesn’t do any good to do that and then be in the same place six to 12 months later, doing the same thing on the same individual.”

In their program, Miller and fellow medical staff provide support to victims of gun violence and connect them with other organizations in the community that help with employment, education, substance abuse, counseling and peer mentoring, and other areas.

The program currently has three social workers and three community health workers that build relationships with members on a one-to-one basis, starting after surgery when the patients are in the hospital recovering.

“You’re taking a hospitalization as a teachable moment,” Miller says, adding that recently the program has expanded its services to gun victims who are treated for less severe injuries and then released.

“It’s been a tremendous effort, and it remains an evolution,” Miller says. “We don’t have all of the answers. What we’re doing today, I hope it doesn’t look like what we’re doing five years from now.” 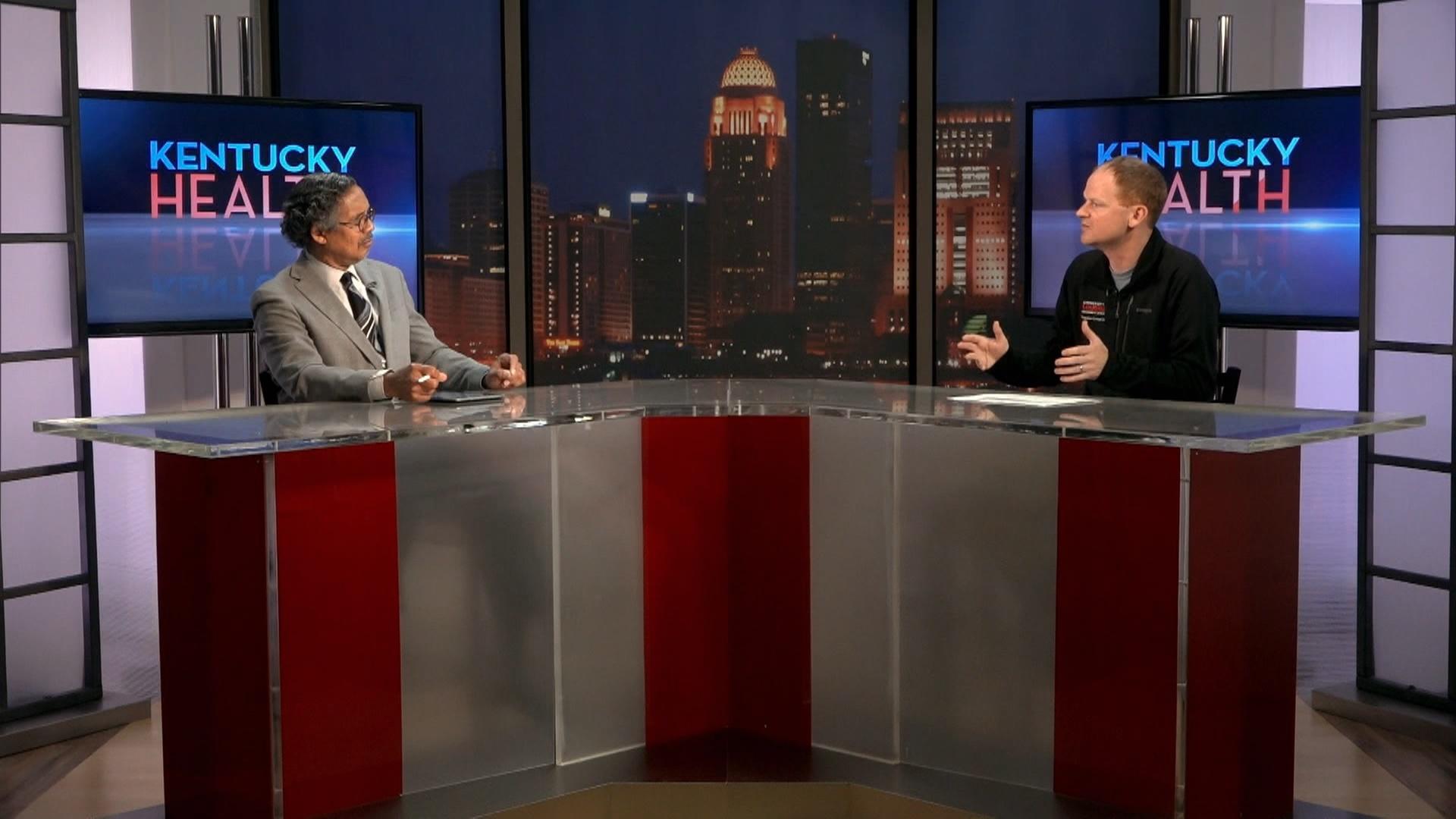