Guests from Greenup Co. talk about their campaign to promote the outdoors and health.
Season 13 Episode 5 Length 28:47 Premiere: 10/08/17

Going Outside to Improve Your Insides

In a state that’s struggling with high rates of cancer, heart disease, and obesity, one of the main challenges to improving public health in Kentucky concerns lack of access – to medical providers, but also to wellness facilities and exercise centers.

In Greenup County in northeastern Kentucky, the public health department and one of the area’s well-known media figures have joined forces to spread awareness about the variety of outdoor exercise options available to the county’s residents, and to motivate people to be active. In this episode of Kentucky Health, we learn more about Greenup County’s series of public health commercials and the messages behind them.

Chris Crum is the director of the Greenup Co. Public Health Department. After graduating from Morehead State University with a degree in exercise physiology, Crum worked as a cardiac rehab specialist at Our Lady of Bellefonte Hospital in Russell, Ky., near Ashland. Crum spent 10 years at the job, looking at people as they went through the system, and “realizing that,” he says, “if I could get to them sooner, and prevent them from getting sick to begin with, I could keep people out of cardiac rehab. So, that’s why I moved over into the public health arena.”

Tom Clay is a local media personality who has been an ardent supporter of outdoor recreation since childhood. His father was a celebrated outdoorsman and instructed Tom at an early age to take advantage of the abundant natural resources in the commonwealth, from fishing to hiking to playing outdoor sports.

“It seems to me that had we a great lifestyle because that’s what the kids in the neighborhood were doing at that time,” Clay says. “Whether it’s walking to school, or just walking around trying to find a pick-up ball game or something of that nature. And throughout my adult life I’ve just tried to continue that practice.”

A Message of Education and Enjoyment

Crum says that once he joined the Greenup Co. Public Health Department, he took a look at the county’s rankings in several health measures. While it does well in some aspects, Crum says that the county scores low in environmental areas. There are only two fitness centers in the county, Crum notes, and many county residents live a half-hour or more from them.

Crum began thinking about ways to educate the county’s citizens about fitness options right in their own backyards – hiking, fishing, hunting, gardening, and many more. “I said, I’m going to talk to Tom, and see if he can help me out,” Crum recalls, “because I know that there are places to be physically active in Greenup County that people might not know about, and ways that they might not know about, and I think that we can work together to get them started.”

Clay was eager to get on board. “My biggest goal in this thing is just to see that kids these days have something else to do and give them a way to do something else rather than what they are doing, if that makes sense,” he says. “We have a computer held in our hand right here [with smartphones]. I want to put a fishing rod in that hand. Because I think that if we start somebody in the outdoors, they’re going to live maybe better as they get older, as an adult. And with that, I think if you’re outside more, you may be cutting down on your stress level, you may be reducing some other bad habits you might be doing just by sitting in the house.”

The response from the community has been overwhelmingly positive, Crum says. Their series of video spots are primarily spread through social media (Facebook, Twitter, Instagram) and many people have posted their own responses in support of the series.

In particular, citizens have welcomed the public health department’s promotion of outdoor walking tracks in the county and its message of encouragement on the benefits of moderate exercise. Crum adds that their series of spots has also been used in several area schools to supplement physical education classes.

The Fitness Benefits of Outdoor Activity

Segments from several of the video spots are shown, highlighting the clips’ humor. In one, Clay appears as a Santa Claus character recommending outdoor-oriented gear and fitness equipment for Christmas gifts. Clay is an avid fisherman, and he says there’s no better gift for a young child than his or her first fishing reel.

“You don’t need a fishing license until the age of 16 [in Kentucky],” he says. “So, there’s no excuse for an eight- or nine-year-old, get them a $10 or $12 pole, rod and reel, or whatever you call it in your neck of the woods, get them out there and catch a few bluegills. They just might be hooked for life.”

Another spot gives information about insect-borne diseases, with help of the 16-time national champion Greenup Co. varsity cheerleading team sporting a new (middle-aged and male) member in Clay. Spots like these, Crum says, have drawn praise from the community for “outside the box” thinking.

An interesting and educational clip follows Clay as he scours the woodland in search of outdoor edibles. He spots a morel mushroom, prized for its delicacy, and shows the proper way to pick the fungus so its root base will remain exposed above the ground. That will ensure that enough root remains for another wild mushroom will grow next year.

Clay recommends anyone going out to pick wild mushrooms, ginseng, or other naturally-growing foodstuffs to make their initial trip with an experienced veteran. If no one’s available, Clays advises people to make a trip to the library first and check out a book on the subject. “Experience counts when you’re talking to somebody about nature,” he says. “There’s certain things out there that are dos, and there are certain that are don’ts, and I want to make sure that all Kentuckians know that.”

Crum adds that this public service spot ties in with the health department’s promotion of Greenup County’s farmer’s markets and other food providers, and of home gardening as well. “We want to make sure folks have as many healthy food options as they can,” he says. “Sometimes when you are having to drive 40 minutes into town, some of these farmer’s markets can catch them halfway and save them a lot of time, and money and resources that they might not have. We want to educate them and make sure they know how to prepare those types of meals.”

The final two clips more directly address the prevention of harmful activity and promotion of healthy exercise. In the first, Clay humorously shows the social drawbacks of chewing tobacco. Both smoking and smokeless tobacco are major public health concerns in the region, Crum says, and his goal is to reach young people at a stage when they are most impressionable with a message that gives an alternative view to tobacco companies’ marketing pitches and peer pressure.

“Sometimes when you’re young, you really don’t understand what the long-term effects can be, so we found somebody old that can show them,” Crum adds.

The final spot shown touts the enjoyment and health benefits of wintertime sledding. Clay says that he still returns to the hill where he spent so many hours as a kid, and in the spot he gives pointers on how to prevent hypothermia and frostbite when spending an extended period of time outside in cold weather.

The video also lists the hourly caloric expenditures for activities such as sledding, snowshoeing, and skiing. Crum says this public education aspect is at the core of the entire series’ message. In an area where the population is spread out with many people living in remote areas, Crum, Clay, and colleagues want to spread the word that you don’t have to join a gym and make an hour round-trip to town to get in shape.

“If you’re at a fitness facility and you’re burning 200 or 300 calories an hour on a treadmill, you know what? You could be sleigh riding out there for an hour, and you’re burning 400 or 500 calories,” Crum says. “So you’ve actually got twice the workout that you would had you just gone to the gym. And you know what? Sometimes that’s the more fun thing to do anyway.” 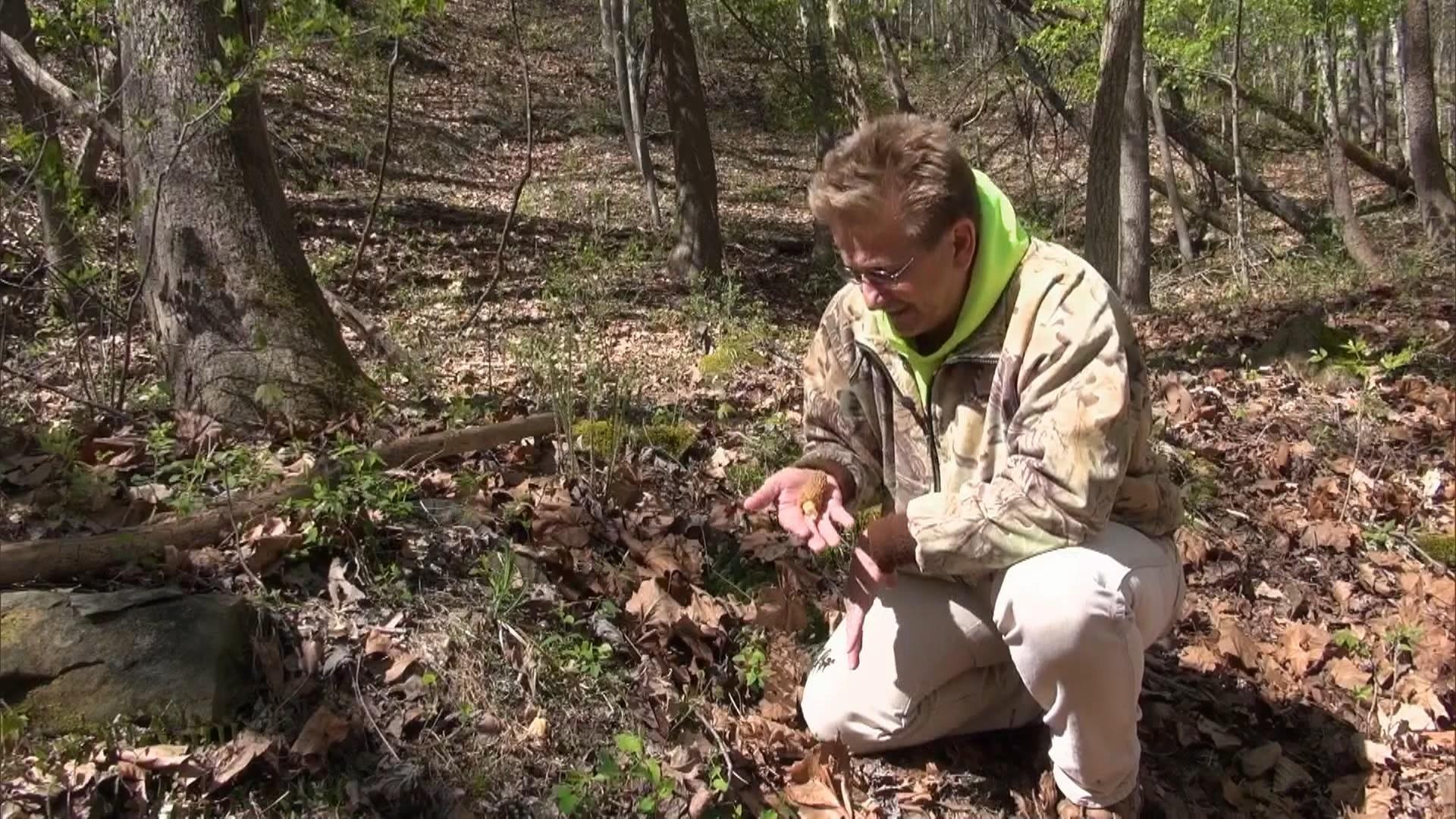