There was no shortage of health care news in the commonwealth during 2015, as debates over the effectiveness of Kentucky’s statewide insurance exchange fueled the gubernatorial campaign and heroin abuse statistics continued their troubling rise. On a more positive note, Kentucky saw the incidence and mortality numbers for colon cancer decline sharply over a 10-year period due to a coordinated effort by the state’s medical community.

In this week’s Kentucky Health, host Dr. Wayne Tuckson talks with two Louisville reporters who provide depth and context to some of the most important health news stories from last year.

Both reporters devoted much of their time and resources during the final months of 2015 to covering the prospects for Kentucky’s state government-run health exchange, Kynect, and how the Cabinet for Family and Human Services will administer Medicaid going forward. Kynect was introduced in 2013 by Gov. Steve Beshear as the commonwealth’s own extension of the federal Affordable Care Act. Since Kynect started, approximately 500,000 Kentuckians have used the exchange, either applying for expanded Medicaid benefits or joining private insurance plans that may be subsidized.

However, Gov. Matt Bevin vowed to shut down Kynect once he took office, and said he would explore changing the state’s Medicaid enrollment program – which accepted Kentuckians who made up to 133 percent of the federal poverty level in annual income – to a model that requires Medicaid recipients to contribute a portion of their income to the cost of services.

Ja’Nel Johnson says that Bevin often cited Indiana’s Medicaid plan, which requires co-pays from recipients, as a model his administration would study. A phrase Bevin uttered often on the campaign trail, requiring recipients to have “skin in the game,” appears to be an important requirement for the Medicaid plan he seeks to implement, she says.

“Some Indiana folks I’ve talked to who like the Indiana plan say that it’s good [for recipients] to have ‘skin in the game’ because then you feel like you are more invested in it,” Laura Ungar says, “but then there are others who say that’s not right.”

Johnson and Ungar say the Beshear administration did a superb job marketing the Kynect exchange, but that the services it provides are still confusing to many Kentuckians. Most people who have accessed the exchange have done so to receive expanded Medicaid benefits, rather than to sign up with a qualified private health plan, Johnson says.

Bevin reiterated his position to shut down Kynect and change the state’s Medicaid program as 2015 came to a close, but Johnson says the process to accomplish both will take a year at least. The governor has requested federal permission to end Kynect and transition Kentuckians to the ACA exchange, and has also asked for a waiver to allow his administration to craft its own Medicaid program. The time lag in getting federal approval and coming up with a new model will allow for more debate on both issues, both reporters say.

“I definitely think there is opposition to [Bevin’s plans], particularly to scaling back Medicaid,” Ungar says. “And I’ve done a lot of reporting in Eastern Kentucky, looking at folks who were against what they called ‘Obamacare’ but then kind of got turned around when they got on Medicaid and were able to go to the doctor for the first time and get the care they needed, get the screenings they needed.”

Johnson talks about her reporting for WFPL’s multimedia series Sick and Tired, which examined the persistent racial disparities in the quality of health care among minorities in Louisville. In the series, Johnson matched up statistics from a 1985 report from the U.S. Department of Health and Human Services that examined minority populations with more recent numbers. She also interviewed individuals and families in Louisville whose daily lives have been affected by inadequate health services.

“I was really blown away by how long some of these health disparities have been in play,” Johnson says. She explains that while some statistics have improved for minorities since the 1980s, others – such as a much higher incidence rate for breast cancer among black women compared with white women – have remained constant, or even become worse.

Johnson says that, based on her research and reporting, a “comprehensive plan of action” is necessary to reduce health disparities among minorities. In addition to addressing insurance availability, such a plan would require “a myriad of things,” she says, “such as getting people access to health care, giving them transportation, [and asking], are they getting culturally competent care?” Some persons of color, especially those who haven’t received regular care throughout their lives, may be more comfortable interacting with a medical professional who shares their experiences or background, Johnson says.

Ungar notes that Kentucky is also faced with a sizable economic gap among its citizens that often falls along the urban-rural divide and leads to limited health care options for those living out in the country. The commonwealth has long been faced with a shortage of medical services in its rural counties, she says.

“Another thing that I keep hearing [concerns] health literacy – and literacy in general,” she adds. “In terms of educational attainment, Kentucky unfortunately ranks near the bottom of the nation on that, as well. That goes hand in hand with health literacy.”

One of the most important health stories of 2015 in Kentucky actually started in rural Southern Indiana, when a major HIV outbreak originating from intravenous drug abuse spread throughout Scott County, north of Louisville. Ungar and Johnson both reported on the outbreak, which led to a warning from the Centers for Disease Control that compared the conditions in Scott County with the HIV epidemic in sub-Saharan Africa.

The HIV outbreak spurred Indiana Gov. Mike Pence to authorize a needle exchange program for Scott County. Louisville’s health department opened its own needle exchange in summer 2015, following the passage of legislation earlier in the year that allowed state health departments to operate the facilities. Johnson says that around 1,200 persons used the Louisville exchange last year, and that other counties in Kentucky are considering opening ones in 2016.

Louisville’s needle exchange program is not without controversy, Johnson says, with concerns ranging from needle disposal to the larger issue of reducing drug dependency. “Just from going to some [Louisville] Metro Council meetings, their main concern is treatment,” she says. “The people are coming to your facility and getting needles, but are you referring them to treatment, and how many of them are actually accepting treatment, and going through with it?”

Both Johnson and Ungar say that public officials and health professionals in Kentucky will need to refocus their energies on drug treatment in 2016. Several years ago, state officials made a coordinated effort to reduce prescription pain medication abuse, and had success. Now, Ungar says, many of the people who abused such drugs have transitioned to heroin, which is cheaper and easier to get.

This uptick in heroin abuse is affecting a wide population statewide, but is particularly troubling in rural areas due to the lack of medical services. Ungar and Johnson both have found that many substance abuse programs in Kentucky lack a sufficient focus on mental illness treatment, which is often needed for addicts.

Reversing the Numbers for Colon Cancer

Ungar says that one of the most encouraging stories on Kentucky’s 2015 health care beat concerns the state’s success in reducing both its incidence rates and mortality rates for colorectal cancer. Due in large part to the efforts of the Colon Cancer Prevention Project, started in 2004 by Dr. Whitney Jones of Louisville, Kentucky has substantially improved its screening rates for colorectal cancer, which were among the worst in the country at the turn of the century. This screening initiative has led to a sharp drop in both incidence and mortality.

Screening “is not a fun procedure, but it is a necessary procedure,” Ungar says. “It can not only find cancer at an early stage, but even prevent cancer, because it can find precancerous polyps in the colon or rectum and have them removed during the procedure. Since Dr. Jones’ group started 11 years ago, the screening rate actually has more than doubled. It’s more than 70 percent now [for adults over 50]. And deaths [from colon cancer] are down more than 25 percent. That’s a huge difference, and it’s been cited nationally.” 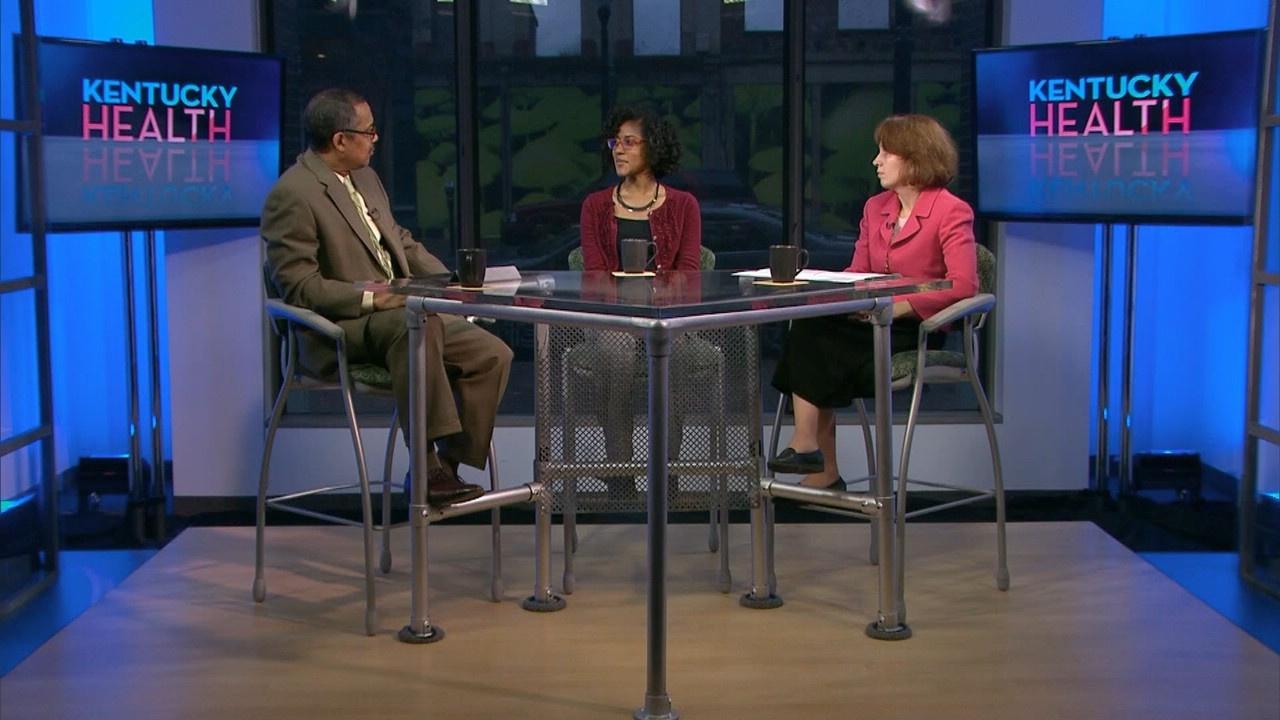