Though death is inevitable, it is usually far from our thoughts as we go about the business of everyday life and the years pass by. For those who are in irreversible, failing health, however, the prospect of losing everything and everyone that they have held dear to their hearts can be fearful and depressing.

In recent decades, hospice services have broadened their reach and the medical professionals specializing in end-of-life care have acquired more knowledge and experience to use when assisting individuals and families. In this episode of Kentucky Health, host Dr. Wayne Tuckson talks with a Louisville-based hospice doctor about the best practices for managing care of the dying patient.

As Dr. Tuckson observes, “We prepare for bringing a life into the world, so why shouldn’t we be ready for one passing?” His guest, Dr. Ruth Simons, MD, has worked for over 15 years as a palliative care doctor and as a hospice doctor. A graduate of the University of Louisville School of Medicine, she is the medical director of Louisville’s Hosparus Inpatient Care Center.

Dr. Simons says that there are important differences between hospice care and palliative care. Hospice care became more clearly defined in the mid-1980s, when Congress added a hospice provision to Medicare. That provision specifies that, to qualify for care, a patient must be within the last six months of life expectancy (as determined by a physician) and be willing to give up life-prolonging care in favor of comfort care.

“Palliative care is really good for anyone who has a life-limiting or a life-threatening illness, so there is no time limit,” Simons says. “It’s appropriate for any time from the diagnosis forward to the end of life, and there’s really no limit on what the goal of care is. So [the goal] can be cure, it can be life-prolonging treatment, it can be rehab, or it can be comfort care. If you get someone involved with palliative care soon enough, they might actually go through all of those goals. And the goals will change as the course of their disease progresses.”

Simons says the history of hospice care in the U.S. closely follows the overall arc of how medical care has been provided in an age of rapidly developing technology. For centuries, she says, doctors could do very little to assist patients with terminal illness, so the goal was largely to provide comfort during their final days. However, new medicines and techniques developed beginning in the late 1800s and into the 20th century allowed doctors and other health care professionals to become more adept at treating – and even curing – disease, leading to a more determined mindset.

By the mid-20th century, Simons says, intensive care units, life support ventilators, and other devices and techniques were commonplace. “So we had this very high-tech medicine, but at the same time medicine was losing its heart. Doctors were making the decisions about people, they were dying in very sterile intensive care units, so at the time there was kind of a protest. There was this idea that there has to be a better way [to manage end-of-life care].”

The initial push for this rethink came from nurses, Simons says, along with some physicians, social workers, and psychiatrists such as Dr. Elizabeth Kubler-Ross, whose 1969 book On Death and Dying was a seminal text in bringing end-of-life issues to the mainstream. The hospice movement started as a largely volunteer effort in individual states, and grew until hospice became a standard part of U.S. health care when added to Medicare services.

Simons believes that although people perhaps will always be uncomfortable when talking about the end of life, hospice care has become widely accepted in society because it is so successful in making the final transition less stressful, allowing patients and their loved ones to direct the process.

“I think we’re changing more now,” she says. “I think the change is coming both from the physician’s side, but also from the patient’s and family’s side. Because I think that many folks are not willing to go through a long, grueling sort of hospital-intensive care kind of death.”

Simons makes clear distinctions between hospice care, euthanasia, and physician aid in dying (also called physician-assisted suicide). Euthanasia, when a physician causes a patient’s death at the patient’s request, is illegal in the U.S. Physician aid in dying, when a physician gives a patient a prescription that the patient uses to end their life, is legal in five states (California, Oregon, Washington, Vermont, and Montana) with varying restrictions.

Hospice care, Simon’s notes, is “whole person care” at the end of life. A full team is involved, from physicians to nurses, social workers, and chaplains. The goal is not to shorten or prolong life, but to emphasize quality of life for the patient’s remaining days.

Importantly, the hospice team also addresses the challenges a patient’s primary caregivers face. Research has shown that caregivers of persons with advanced illnesses face greater risks of becoming ill themselves, and “are more likely to die sooner, just from the stress of providing that care.” The team will provide as much assistance as possible to family members who administer day-to-day care, which often takes place at home.

Simons will ask the patients questions to determine their knowledge about their disease and its prognosis: What have they heard from their attending physician? Do they understand the nature and severity of their disease? She then talks with the patient about the options available, including life-prolonging methods, palliative care, and if necessary, hospice care.

Also, Simons will ask the patient about what their typical day is like: What are you able to do? What brings you joy? What are you hoping for? By bringing up these less tangible, but important, aspects, she helps empower the patient to consider all aspects of their life when making decisions about care. Simons prefers to have her initial consultation with a patient as early as possible during the course of their disease.

“I think it takes a great skill to be able to have those discussions honestly, but without taking away any hope,” she says. “I think that people appreciate honesty. I think it is important for them so they can make the right decisions about how they want to live their life, and how they want to go forward. And I think that a crisis is the worst time to be trying to make that decision.”

There is still a tendency to delay the consultation, however, and Simons notes that the average length of stay in a hospice is from four to six weeks, with the median stay in Louisville slightly less than two weeks. Since Medicare provides up to six months of coverage, Simons concludes that too many people are not getting the full benefit. This is caused by physicians prolonging a referral, patients holding out hope based on an unrealistic view of their condition, and the persistence of habits in the medical community that value aggressively pursuing treatment options over quality of life.

Both Tuckson and Simons believe that the current terminology applied to many diseases, oriented around a patient “fighting” or “battling” cancer or some other grave malady, is mistaken and often harmful. For most patients Simons treats, the prospect of a cure is remote at best, and she feels that the best practice is to provide a more positive outlook centered around family and loved ones.

“My thoughts are that maybe we need to get away from this language, or we need to become skilled at trying to change the fight,” she says. “So we can say, ‘You fought hard [against] your cancer, but now perhaps we need to think about fighting for other things. Perhaps you need to fight for dying peacefully at home surrounded by your loved ones, or you need to fight for living to see your daughter get married, or some other goal.’”

Tuckson brings up the furor over “death panels” that surfaced in 2009 when Congress and the public debated provisions in President Barack Obama’s proposed health care reform plan. Simons says the inaccurate phrase helped vanquish any chance end-of-life consultations had to be included in the initial passage of the Affordable Care Act in 2010. However, she notes that the Center for Medicare and Medicaid Services added regulations last year recommended by the American Medical Association that included advanced care planning.

“Now physicians are actually able to have discussions, about goals of care and the disease process overall, and get reimbursed,” she says. “And [this discussion] can be a separate visit or part of a well visit. So that’s wonderful.”

In Kentucky, former Gov. Steve Beshear introduced the Medical Orders for Scope of Treatment (MOST) form last year. This form is completed by a physician after consulting with a patient and going over their disease and prognosis, and after the patient makes decisions about life-prolonging treatment and end-of-life care. The MOST form supersedes all other similar forms required at various facilities throughout the commonwealth. 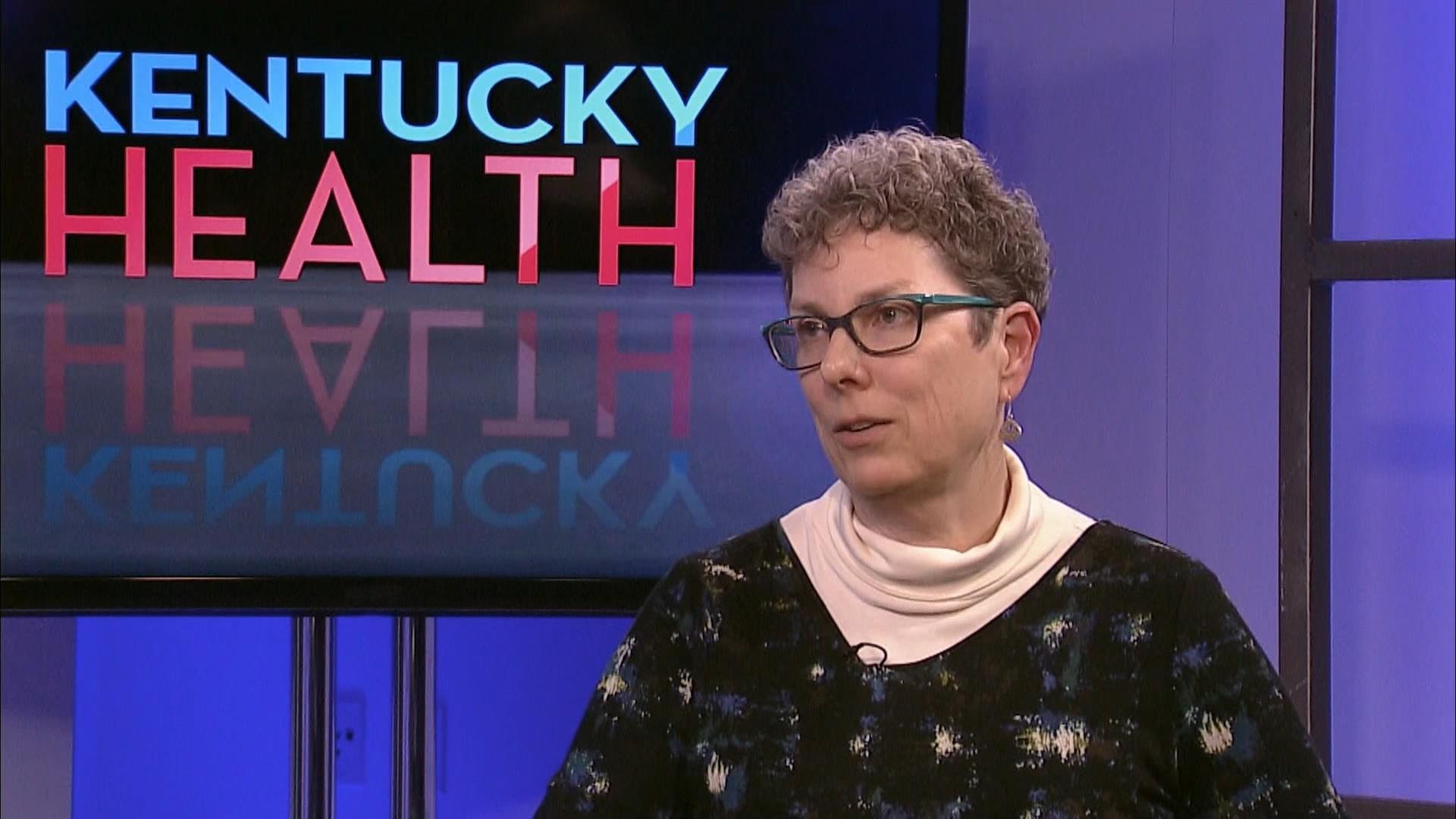