Hypertension affects the majority of humans at some point during their lives, but it can exist for years without having any apparent effects. However, over the long term, hypertension leads to a myriad of complications that can become life-threatening, including advanced heart disease, stroke, and kidney disease. Fortunately, hypertension can be detected early before major problems occur and the disease can be controlled in several ways, including by using medications that have few side effects.

In this episode of Kentucky Health, Dr. Wayne Tuckson welcomes a Lexington cardiologist to discuss what causes hypertension, how it affects the body, and the most effective options for treating it.

“Hypertension is just a simple measure of the blood pressure that correlates with what is going on in the body in terms of potential damage to the endothelium, or the lining of the blood vessels,” Scully says, “as well as to target organs that can lead to early morbidity as well as mortality. You can have severe problems from it.”

What Causes Hypertension, and How to Detect It
According to Scully, there are many causes for hypertension, and unfortunately, the main one is simply aging. He presents a graph showing the higher rates of hypertension among humans as they age, and says that “There’s a statement that if you’re age 55 years, even if you’re normal, if you live a long life you have about a 90 percent chance of developing hypertension.”

Two other charts show the breakdown of both systolic (measured when the heart beats) and diastolic (measured between heartbeats) blood pressure that are categorized as hypertension. These measurements in mmHG (millimeters of mercury) were established by consensus of the Joint National Committee on Prevention, Detection, Evaluation, and Treatment of High Blood Pressure several years ago, and are as follows:

“Pre-hypertension is felt to be a good concept by the American Society of Hypertension to help people know that they are at risk,” Scully says. “This is usually seen in people in early to middle age, and they should institute immediately hygienic measures – lose weight, look for obstructive sleep apnea, moderate alcohol use, and do things of that nature that will hopefully prevent further progressive hypertension and the need for medical treatment.”

Isolated systolic hypertension, where the pressure is high when the heart pumps blood but normal between beats, becomes more common after age 55, Scully explains. Overall, he says that systolic blood pressure elevation is thought to play a larger role than diastolic in contributing to long-term adverse health outcomes, although keeping both in check is important.

There is a genetic predisposition to having hypertension, Scully notes. “That interplays with environmental factors to a large extent,” he says, “how we are raised, the food we eat, what kind of sodium intake we have, what kind of potassium intake we have, how active we are, how much our body mass increases if we are overweight, our alcohol use, smoking. All of those things play a role in terms of working together to produce hypertension.”

Scully says that higher sodium intake has been identified as a cause of hypertension, but cautions that this finding applies across broad populations and that each individual is unique. Two persons may have the same level of high sodium intake but different readings for hypertension.

“We always feel strongly that if a person does have pre-hypertension, or certainly if they have hypertension that mandates medication, you really need to follow a sodium-restricted diet,” he says.

Effective Treatment Methods for Hypertension
Hypertension can have severe long-term effects on many parts of the body. Scully says that hypertension can cause strokes, myocardial infarction (heart attack), peripheral arterial disease that can lead to amputation, and end-stage kidney disease that requires dialysis.

“Hypertension is felt to represent probably 50 percent of the cause for having myocardial infarctions and 47 percent of the strokes,” he says. “It goes without saying, we need to evaluate and treat appropriately to reduce those risks.”

To treat a person with slightly elevated hypertension levels, Scully says that “first, we’d like to know at several instances what their blood pressure is. In other words, it’s not one measurement and we’re off to the races.” He also remarks on the term “white coat syndrome,” where patients may have a higher blood pressure reading at the doctor’s office because they are nervous. He says that can occur with some patients, and is another reason they should get multiple blood pressure readings before determining a treatment plan.

Scully recommends that persons purchase a blood pressure arm cuff for home measurements and to follow the instructions: Sit upright in a straight back chair, bend the arm slightly, and relax. The subject should also be warm, be caffeine-free for at least 30 minutes, and be distant from all secondhand smoke. He says that people should begin testing their blood pressure at age 20 and every five years after that, until age 40. After age 40, he recommends taking yearly measurements if they have a normal blood pressure level, and more often if they are at the pre-hypertensive stage.

For treatment of pre-hypertension, lifestyle changes are required. Modifying diet is important, as mentioned above, and Scully explains that the current recommendation is to reduce sodium to 2,300 mg per day for Caucasians, and to 1,500 mg per day for African Americans.

One popular diet, the DASH (Dietary Approaches to Stop Hypertension), is specifically designed for patients with high blood pressure. “It’s been well studied and well proven, even in certain patients, to reduce and even eliminate hypertension,” Scully says.

Other lifestyle changes include regular exercise (20-30 minutes of walking, 3-4 times per week), reducing alcohol intake (two drinks per day for men, one for women), eliminating all tobacco use, and keeping away from secondhand smoke. “Limiting pollution exposure, interestingly, in broad populations reduces blood pressure,” Scully adds.

Once a person is diagnosed with hypertension at the Stage I level, medications are prescribed to help control blood pressure. Diuretics are considered to be first-line therapy for hypertension within the medical community, Scully says, as are ACE inhibitor drugs. ACE inhibitors reduce the amount of angiotensin II in the blood vessels. That is a substance that is produced in the liver and then metabolized in the kidneys and lungs, which narrows blood vessels and consequently increases blood pressure.

Scully’s office in Lexington sees patients with resistant hypertension, which requires more complex, combined and coordinated treatment. His team may prescribe medications that dilate blood vessels, control hormones, prevent calcium from entering cells in heart and blood vessels (which increases blood pressure), and reduce abnormal heart rhythms, as well as utilize other methods that are currently being developed and studied.

Scully says that all medicines have complications and need to be used appropriately, but that overall, most high blood pressure drugs are well tolerated by the majority of patients, noting, “They’ve been studied in literally thousands of patients for 40 or 50 years now.” He adds that currently there are 10 classes of hypertensive drugs, which gives patients more options for treatment if first-line medications don’t work.

An increased risk for getting hypertension may be unavoidable as the years pass – “I guess you could not age,” Scully jokes, “and discover the fountain of youth” – but by making improvements to daily habits, most of us can prevent it from getting out of control and causing permanent damage. 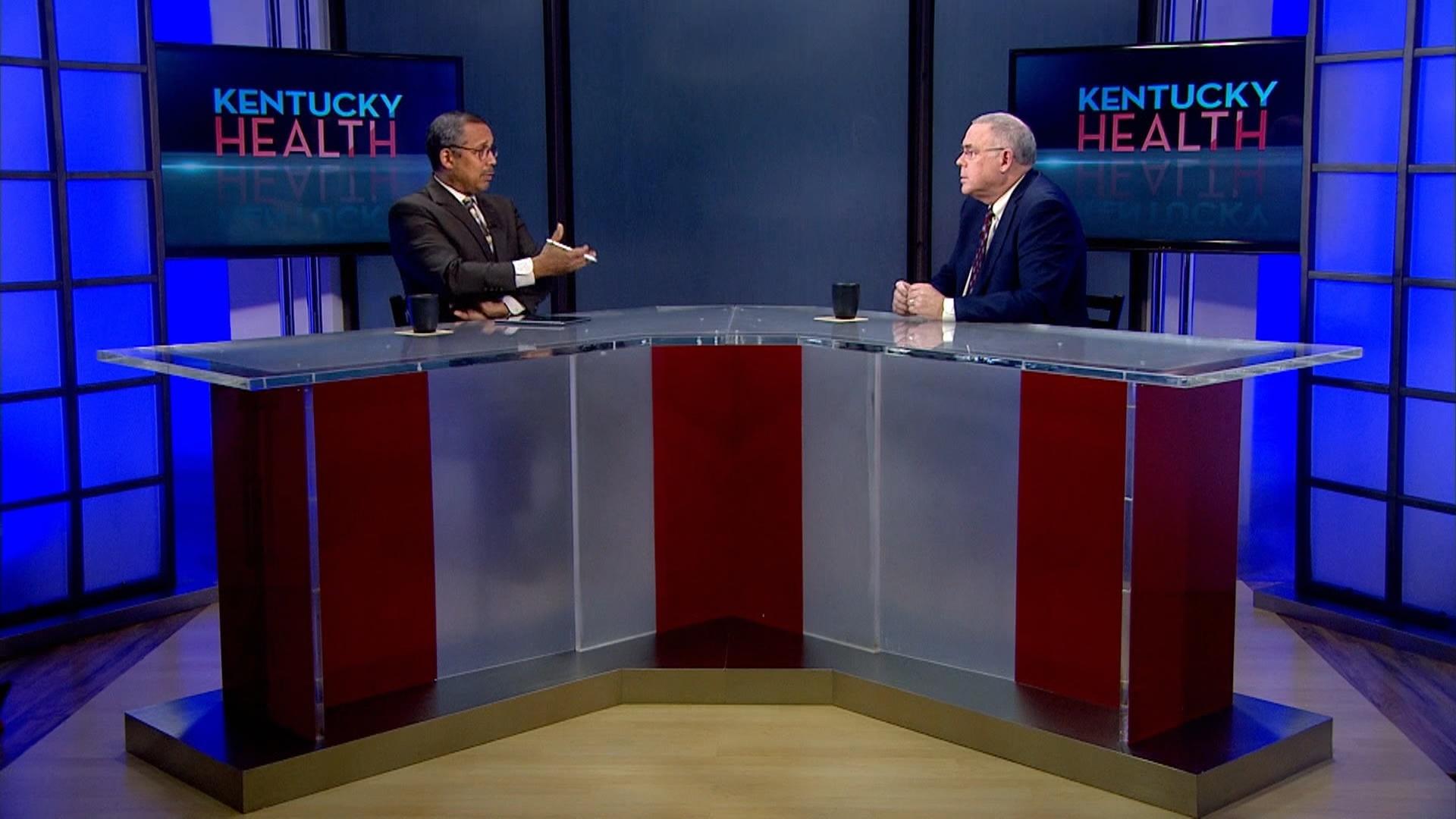