Female sexual dysfunction does not get nearly as much media attention as its male counterpart, especially in television advertising, but it affects millions of women. Urinary incontinence is also a common problem for women due to a variety of causes, and is often difficult to discuss between patient and provider. The good news is that there are more treatments than ever before to help women overcome sexual dysfunction and/or incontinence in order to regain normal, healthy function in the most personal aspects of their daily lives.

In this episode of Kentucky Health, host Dr. Wayne Tuckson talks about the causes of female sexual dysfunction and incontinence with a Louisville OB-GYN. We also learn about the latest and most effective treatments for both conditions. Viewers are cautioned that some may not be comfortable with the physiological terms and descriptions of female sexuality discussed in this program.

Dr. Lori Warren is an obstetrician and gynecologist with Women’s First in Louisville, and is the co-director of the MIGS Fellowship program at the University of Louisville’s OB-GYN department.

Warren is the founder of the nonprofit Pass the Pearls, which is dedicated to spreading awareness about minimally invasive surgical options for women in obstetrics and gynecology. And she also operates Spa V, a medical practice in Louisville devoted to vaginal and sexual health that offers patients different, more holistic services than she provides at Women’s First.

Warren strives to stay at the forefront of innovation in treating women’s sexual dysfunction and incontinence. She says that there are a variety of technical advances that make surgery far less invasive than in years past, and less stressful for the patient. She mentors young medical students in this techniques through the MIGS (Minimally Invasive Gynecological Surgery) Fellowship.

“Now, a lot of our surgeries can be done through very tiny incisions – really big surgeries – through tiny incisions where the patient goes home a lot quicker,” she says. “These women are taking care of their families, many of them are working full time. It makes a huge impact on their lives if they can get back to work quicker.”

Causes and Remedies for Female Sexual Dysfunction
Warren says that the issues of female sexual dysfunction and urinary incontinence are difficult to discuss for some patients, while others are upfront about their problems. Sexual dysfunction can manifest in a variety of ways. “It’s a range of different things,” she says. “It can be lack of desire, lack of arousal, difficulty achieving an orgasm, it can be pain. Painful sex is also along the range of sexual dysfunction.”

In many cases, but certainly not all, sexual dysfunction affects women after they go through menopause around age 50. Warren says that women, as they age, produce less hormones, specifically estrogen. This causes profound changes in the vagina that affects its sensitivity – the vaginal wall will thin out, resulting in a lack of moisture but also changes in the collagen and elastin levels, which give tissue firmness and help it remain in its original shape.

Warren says that these changes can be assessed during a physical exam. The medical term is vaginal atrophy. “The mainstay of treatment for vaginal atrophy is using local estrogen,” she recommends. While some women will require systemic estrogen therapy for other changes that come with menopause, such as hot flashes, night sweats, and so on, other women seek only to alleviate specific problems with sexual dysfunction. For them, local estrogen applied directly to the vaginal area is the preferred treatment option.

There are different reasons younger women may experience a lack of sexual interest, Warren says. Usually, it’s not due to a lack of estrogen. Instead, it may derive from an endocrine disorder, changes in overall health and lifestyle, from a sexually transmitted disease, or from body image issues.

Warren says that anatomical problems within the vagina may also affect sexual function. Some may experience prolapse issues, where a weakness in the pelvic floor causes the uterus to shift downward, resulting in painful intercourse. There is an increased chance of prolapse after childbirth for women and as they age.

Another common condition that can lead to painful intercourse and a loss of sexual desire is endometriosis. “Endometriosis is a condition where glands that should be inside the lining of the uterus, which is called the endometrium, actually get out into the pelvis,” Warren says. This can cause scarring and also lead to infection.

There are surgical remedies for prolapse and endometriosis, and as noted above, Warren is a champion of newer, minimally invasive procedures. She is also experienced in cosmetic surgery such as labioplasty and vaginoplasty. “Those procedures help with the aesthetic of the vagina,” she says. Labioplasty alters the appearance of the labia minora (folds of vertical tissue on the exterior of the vagina), while vaginoplasty is used for vaginal tightening. Many women seek cosmetic surgery after giving childbirth, Warren says, especially if the birth was difficult.

Urinary Incontinence: Diagnosis and Treatment
As with female sexual dysfunction, Warren says that no two cases of urinary incontinence among women are exactly the same. One of the more common types is known as stress urinary incontinence, which occurs during exertion. This can affect women after childbirth, but is more prevalent among active women such as athletes or those who exercise regularly.

“It can be life-changing if they get the right treatment, because although some women aren’t really bothered by it, other women, it really affects their quality of life,” Warren says. “They know where every bathroom in town is, and they’re really hampered by leaking urine.”

During a physical exam, Warren will look for a different angle of the urethra relative to its normal placing. That is evidence of stress urinary incontinence, she says. Some patients might be candidates for surgical treatment, but there are several holistic treatments that can be applied prior to surgery.

“I talk to patients about doing the Kegel exercises,” she says. “I think a lot of people know what that is, it is where we contract the pelvic floor. You do three sets of ten, and you really work on improving those pelvic floor muscles. That can also be done with a physical therapist.”

Warren says some clinical studies have shown that losing weight can decrease incontinence, and she will recommend a diet and exercise regimen to patients if appropriate. The standard surgical treatment for stress urinary incontinence is a trans vaginal taping. In this surgery, a mesh taping is placed under the urethra to keep it in its normal position. “The improvement in incontinence is really life-changing for these women, and that has the highest success rate of about 85 to 90 percent,” she says.

Another type of incontinence, where urinary loss is constant, is often the result of an overactive bladder, Warren says. When examining patients who present with this type, Warren will check whether the nerve transmissions between brain and bladder along the spinal cord are normal, and check for a condition called intrinsic sphincter deficiency, which results in low pressure inside the urethra.

“The more typical type of incontinence that seems to happen, is my patients will say, ‘I can’t make it to the bathroom. I don’t leak when I cough or sneeze, but boy, when I have to go, I have to go, and I cannot make it,’” Warren says. “And those patients can be treated sometimes both with physical therapy and medication.”

Two newer treatment modalities that can help restore sexual function and desire and also reduce incontinence are CO2 (carbon dioxide) laser surgery and platelet-rich plasma injections. Warren is excited about the effectiveness of both treatments.

“Plastic surgeons have been doing fractionated CO2 for over 20 years in resurfacing the face, the neck, and different areas for cosmetic reasons, and there are special vaginal probes that are now available that deliver this type of energy to the vagina,” Warren says. “And this can help to what we call ‘rejuvenate’ the vagina by making it younger, by making that vagina thicker, much like estrogen does, and also improving the blood flow, what we call angiogenesis, or new blood vessels around the urethra and along the vagina, so that some of the changes from the lack of estrogen can be mitigated by using the CO2 laser. And it also can  help with incontinence and the overactive bladder problem I was talking about.”

Injecting platelet-rich plasma has also been used for a variety of conditions – orthopedics, dermatology, plastic surgery, and even for hair restoration. In the procedure, the patient has blood drawn which is then placed into a machine, which centrifuges the blood and separates out the platelet-rich plasma.

This plasma has a greater concentration of growth factors, which can help to rejuvenate tissue, and in Warren’s practice, it is injected into the vagina. “Platelet-rich plasma can be used both for sexual dysfunction and also for urinary incontinence,” she says. “It’s an amazing field that’s really just beginning. It does great work, but I think it’s going to be used for even other indications as time goes on.” 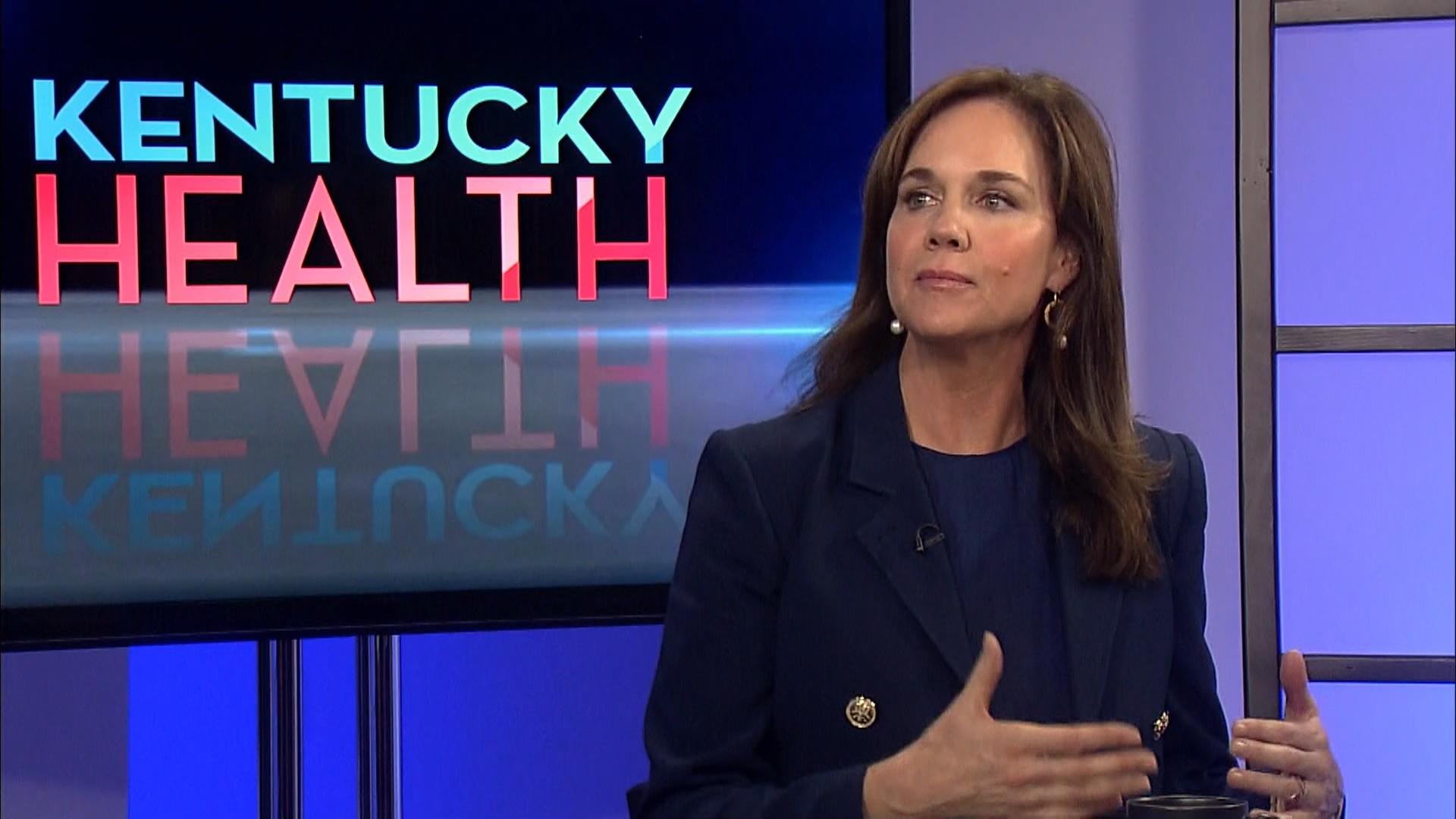