For more than 20 years, Kentucky has been at the center of the national opioid addiction crisis. The over-prescription of opioids by doctors led to a spike in addiction that has touched every part of the commonwealth. That in turn has led to increased regulation, including a law passed last year in Kentucky that limits prescription of the most powerful class of opioids for three days, with exceptions.

Despite the potential for abuse, opioids are effective at controlling pain and are the preferred modality for many physicians when treating patients who have suffered a serious injury or are recovering immediately after a major surgery. Should opioids remain the primary modality going forward, or should alternative treatments be applied?

In this episode of Kentucky Health, host Dr. Wayne Tuckson welcomes two anesthesiologists to explore the latest advances in pain treatment and discuss how opioids can be responsibly be used to control pain for patients.

Dr. Danesh Mazloomdoost, M.D., is an anesthesiologist and the medical director at Wellward Regenerative Medicine in Lexington. Dr. James Patrick Murphy trained as an anesthesiologist and also holds certifications in pain medicine and addiction medicine. He is the founder of Murphy Pain Center in New Albany, Ind., and is a former president of the Greater Louisville Medical Society.

“It’s obvious that we have, as physicians, over the last 10 to 20 years, probably prescribed a little more freely with opioids than we should have,” Murphy says. He traces the upsurge back to a 2001 statement by the Joint Commission on the Accreditation of Healthcare Organizations that set more aggressive standards for treating pain. “We were asked to treat people’s pain aggressively, and I know there’s a lot of treatments for pain, there’s non-steroidal agents like Motrin, Tylenol, things like that, there’s ice packs, there’s electrical devices. But when you have bad pain, nothing really works like an opioid.”

The Proper Role for Opioids in Treating Pain
Murphy believes that opioids definitely are useful in treating acute pain, especially after a major traumatic event such as injury or surgery. His credo: “Give the smallest amount for the shortest length of time.” In his opinion, over the years far too many patients were kept on opioid prescriptions when their medicine should have been reduced as their physical condition improved. He asserts that for most people, using opioids to control pain is not a problem – but for some it is.

“There’s a subset of individuals who are susceptible to developing addiction,” he says, “and it varies to what the percentage might be, and there are some risk factors like if you’ve had a psychological illness in the past, PTSD, or if you have a prior history or a close family history of drug problems you might be more at risk. For those people, we should be very conservative with opioids, but for a lot of people, the risk is quite small.”

Mazloomdoost, whose practice emphasizes alternatives to opioids for treating pain, says that there is a rationale behind the new regulations on prescribing opioids, which have also been enacted in other states besides Kentucky (the Centers for Disease Control in 2016 issued recommendations of three to seven days for prescribing opioids).

“We know that after three days the risk of chronic dependency on opioids spikes, you get a higher risk for that by about three-fold,” he says. “And if you continue that past a month, it goes to about nine-fold. So there’s a reason why we don’t want to maintain people on opioids after a sentinel event because, we’ve seen it across the board, people just don’t stop using opioids, because it just hurts too much to stop the medication.”

Responding to Mazloomdoost, Murphy points out that there is a difference between developing a physical dependence to opioids and developing an addiction to them. Dependency, Murphy explains, occurs when a person’s body becomes accustomed to the effects of opioids. When they are removed, the patient will experience withdrawal symptoms. “That’s normal, that’s physical dependency,” Murphy says.

“Addiction, however, doesn’t happen as often, but it is life-threatening,” he continues. “With addiction, basically a switch goes off in the brain to where now there is a craving for the medication. And it’s different than physical dependence. You can have addiction and be a raging addict and have no medication in your system at all. But you’re still craving it.”

While Murphy routinely prescribes opioids for pain and regards them as more useful than does Mazloomdoost, he acknowledges that they are best used for a short period of time and for acute pain. “Pain is very individualized,” he says, and he strives to treat each patient according to his or her medical history, specific injury or surgery, and long-term outlook.

“You want to use the medications that, depending on the person, are least damaging to them,” he says. “For example, most people turn to non-steroidal agents, and that’s Tylenol, Motrin, and things of that nature. Now, not everybody should be taking Motrin, and not everybody should be taking aspirin. Some people are allergic to those, and also some people with kidney problems or ulcers shouldn’t be taking the non-steroidal agents, they can make that worse. So there are cases where it might actually be safer to take a mild opioid.”

Effective Alternatives for Pain Management
While Mazloomdoost agrees that there is a role for opioids in post-surgical pain management, he says that for most patients, that level of pain has a limited time frame and thus requires a very short duration of opioid use. He cites a study from the University of Michigan that showed the number one complication for patients after surgery is opioid dependency.

“Six percent of people across the board, regardless of how invasive or how minor that surgery is, end up staying on opioids long-term,” Mazloomdoost says. “And it’s mostly because we’re just mismanaging pain to begin with.”

Mazloomdoost’s practice is based on the following premise, he says: “Pain has an origin – pain is just the messenger. Our job as clinicians is to figure out what’s wrong and how do we help the body heal. Most people take for granted that your body is constantly breaking things down and building them back up. We just want to shift the balance more towards the building up.”

For any muscle or tissue injury, Mazloomdoost says that the first treatment option is rest, and Murphy agrees, citing the RICE (rest, ice, compression, elevation) mnemonic used commonly for sports injuries. But there is a limit to how much rest is needed, both guests explain. Rest should usually be followed by exercise and rehab.

Mazloomdoost adds that, in general, “exercise is the most basic regenerative medicine.” He and Murphy also are excited about new developments in pain management such as platelet-rich plasma and/or stem cell injections. They also both say that steroids should be used for pain control only in very small doses and for short periods due to their many side effects.

Regarding the movement in states to legalize medicinal marijuana as a pain treatment modality, both Mazloomdoost and Murphy caution that, while certain properties in marijuana such as CBD (cannabidiol) have medicinal properties and are effective at reducing pain, the drug as a whole contains too many other ingredients that counter its usefulness.

“I don’t like people getting high to get their pain under control,” Murphy says. “And the THC (tetrahydrocannabinol) in marijuana causes a high.” Murphy believes that marijuana is also addictive.

…”And it bothers me that a lot of people want to get recreational marijuana approved, and they’re doing it on the backs of medical issues.” 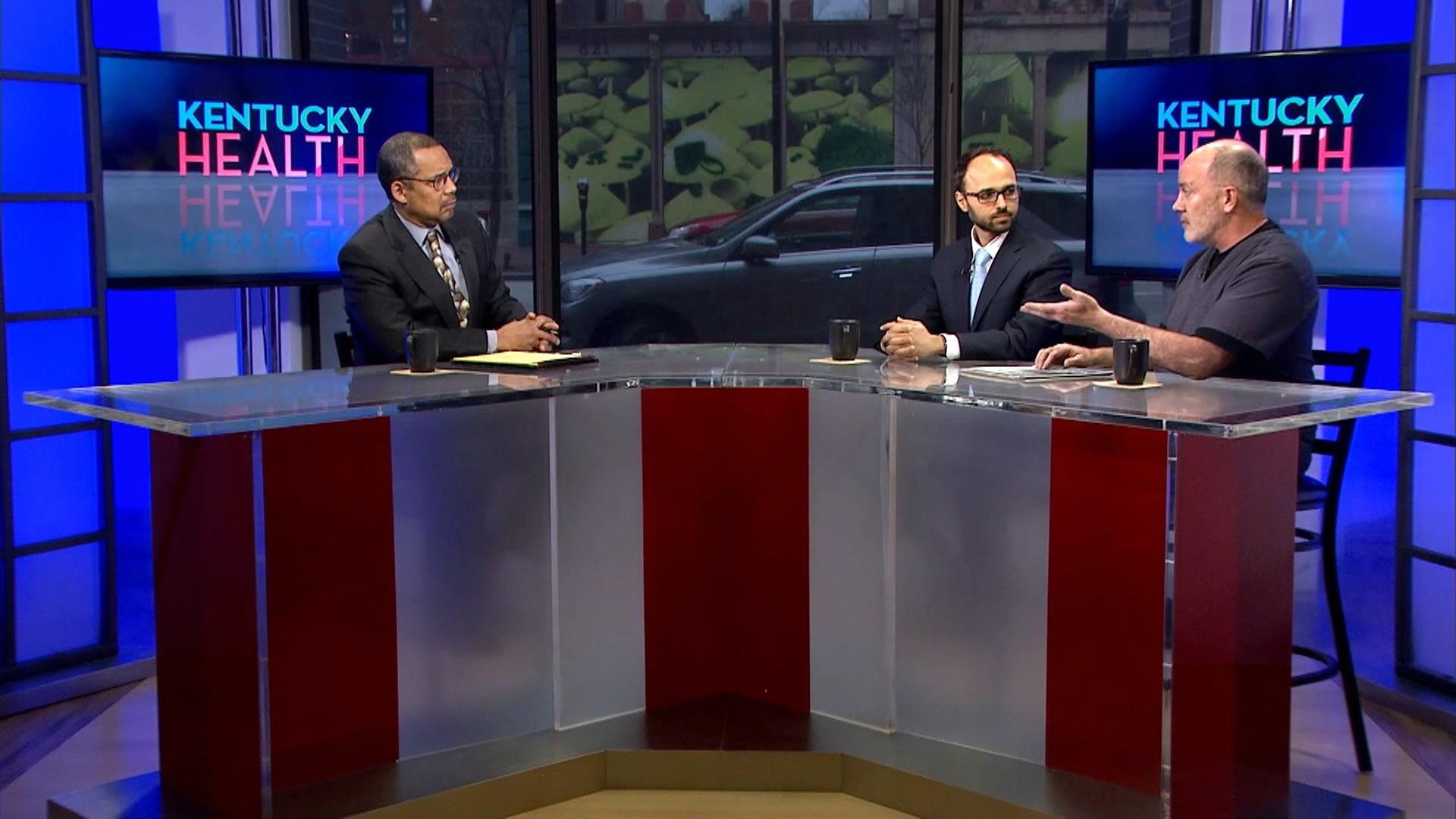