Anesthesia is an important part of major surgery, and providing it for children poses special challenges, says Dr. Kapauner Lewis, a Louisville anesthesiologist who practices at Norton’s Children’s Hospital.

Due to differences in anatomy, from the obvious smaller size to a higher metabolic rate, anesthesiologists must be trained in and master different techniques for kids.

“Children consume oxygen at a much higher rate than adults,” Lewis says. To keep track of the intake, they are fitted with an oxygen monitor called a pulse oximeter before every procedure, slipped over the index finger. That’s one of the very first things the anesthesiologist does, before checking blood pressure and doing an EKG (electrocardiogram) to monitor heart rate and rhythm.

“As a rule, children have a higher hear rate than adults, and it tends to correlate with their oxygenation, so if we hear the heart rate drop, it means we’re probably not getting enough oxygen,” Lewis says. “We listen intently for that.”

Lewis says that for about 90 percent of the children she sees, she will start anesthesia by using a mask rather than inserting an intravenous line. “Most children don’t like pain – well, neither do adults, but children generally protest a bit more,” she says.

If a child is mature enough to handle an IV, Lewis will apply it early – and she will also do so if the patient is in the ER. She explains that a lot of kids who are admitted unexpectedly with an urgent condition may have food in their stomach, and in this case it’s necessary for the anesthesiologist to get them unconscious and insert a tube quickly prior to surgery, in order to prevent any stomach contents from being regurgitated.

Those endotracheal tubes Lewis uses run the gamut of sizes, from tiny ones for prematurely born infants to adult-sized ones for large teenagers. Lewis estimates the ideal size based on the age of the patient. “And after several years of doing this, you can kind of eyeball it,” she says. “But there are also formulas you can use to determine what size.”

For infants, it takes a special level of expertise and concentration to manage airflow during anesthesia. “As you can imagine, even the smallest amount of mucus can obstruct the tube, so you have to be very careful about maintaining the patency (openness) of the tube, and we have very tiny suction catheters that go down the tubes,” Lewis explains.

The anesthesiologist’s machine that delivers oxygen, nitrous oxide, and other gases can also be programmed especially for children. For most adults under anesthesia, the machine usually takes over the regulation of breathing at some point, but Lewis explains that often the anesthesiologist and his/her team will need to control breathing for small infants manually. Bellows (air pumps) also come in very small sizes to fit infant’s faces.

Lewis presents a slide depicting how a mask giving anesthesia gas is placed over a child’s mouth. She points out that the anesthesiologist’s hand is cupped under the child’s jaw line while the mask is on. This is done to pull the child’s jaw forward to keep their tongue from blocking the airway. Children have larger tongues proportionate to the rest of their mouth than do adults, Lewis explains.

Overall, Lewis stresses that administering anesthesia to a premature infant or a newborn must be cone with a great deal of care. “Everything is miniaturized,” she says. If the infant is very fragile, Lewis and her team will bring their equipment to the neonatal room and anesthetize the child there, before transporting the patient to the operating unit.

Lewis meets with the child and parents beforehand to get a medical history and to develop an anesthetic plan. Sometimes she will pre-medicate the child with a sedative.

“Once we get to a situation where the parents are calm and the child is calm, we proceed to the operating room,” Lewis says. She notes that most of the time in pediatric anesthesia, the care team will accompany the patient to from pre-op to the operating room. “Just because kids don’t have a great understanding about what’s going on, and once you establish a bond with them, you try to keep them calm,” she says.

Lewis tells her young patients that they will probably be put to sleep with a mask, and have an IV inserted while they are asleep, and reassures them that she and/or a member of the care team will be with them the entire time during the procedure. “And I’m honest with them,” she adds. “I tell them that there may be some pain at some point.” She explains to both child and parents that nausea and vomiting are common after surgery, and tells the child to let her or a nurse know if pain is severe, and where the pain is located.

“The medicines we give pre-op are basically designed to relieve anxiety and to take away memory as much as possible,” Lewis says. “The medicines we use in the operating room are designed to make the patients unconscious, and to make sure they have no memory of the surgery, the incision, any of that. And also during the procedure we give medications for pain so they don’t have pain when they wake up, or they have as little as possible.

“Recently, we’ve gone a lot toward using regional anesthetics, doing pain blocks to alleviate pain, because one thing it does is it allows us to use a lot less narcotic,” she continues. “So that really cuts down on nausea and vomiting, it cuts down on a lot of the delirium. So that’s really changed a lot, and sort of revolutionized what we do.”

Lewis says that since starting her career in the 1980s, she’s seen safety measures for anesthesia improve significantly. The pulse oximiters placed on kids’ fingers were only used sparingly, and on the sickest patients when she was in her residency. Now, they’re used for all pediatric patients.

“We have all kinds of safety devices that we didn’t have 30 years ago that are routine, whether you’re having heart surgery or having tubes put in your ears,” she says. “It’s really changed a lot, and for the better.” 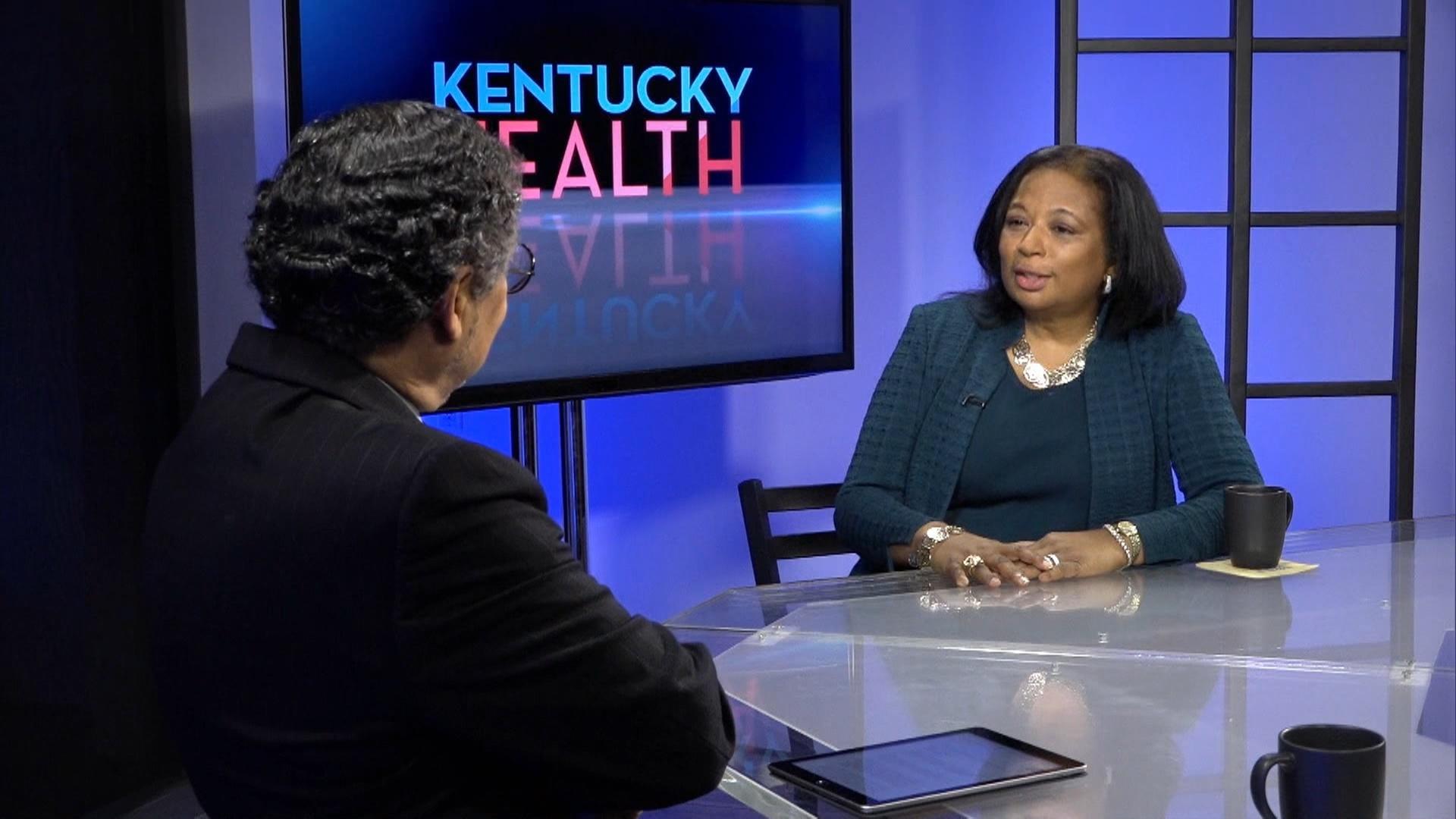