Dr. John Roberts, MD, a neonatologist with the Department of Pediatrics at the University of Louisville, School of Medicine and Norton Kosair Hospital, discusses the issues surrounding infant premature births and the care of preterm newborns.
Season 11 Episode 17 Length 28:06 Premiere: 01/31/16

When Dr. John Roberts, MD, was a fellow studying neonatology in St. Louis during the early 1980s, 28 weeks was considered the limit of viability for infants who were born prematurely. Improvements in medicine, nutrition, and support have extended that limit over the past quarter century, but preterm infants still face many challenges.

In this week’s Kentucky Health, host Dr. Wayne Tuckson talks with Roberts about the main health risks for preterm infants and the best practices for caring for them as they continue to develop.

Roberts is an associate professor at the University of Louisville’s School of Medicine in the Department of Pediatrics, Neonatology.

Babies born after 38 weeks are considered to have carried through full term and are mature, Roberts says. Infants born at 37 weeks gestation or earlier are considered preterm – and the gestation period is the basis for this designation, not birth weight. Extremely premature babies are those born between 22 and 26 weeks gestation, while late preterm babies are born in the 35-36 week gestation range.

Roberts considers 22 weeks to be the current limit of viability for preterm births, and does not see that changing unless further innovations in neonatology occur down the road, such as developing an artificial placenta. He says that only 9 or 10 percent of infants born at 22 weeks gestation will survive, and almost all of those who do survive will have significant neuro-developmental problems such as mental retardation, cerebral palsy, or blindness.

“But every week, as we get further along in the pregnancy, the outcome gets better and better,” he notes. “So, for instance, if we take a 28-week gestation baby – a baby who’s still three months early, 12 weeks early – that baby’s got a 95 percent chance of surviving, and that baby will probably have about a 90 percent chance of coming out without any significant problems.”

Roberts says that all of an infant’s organs have formed after the first 12 weeks of conception. From that point on, the organs grow in size, but crucial steps to maturation do not occur in some organs until the last 10-12 weeks of gestation. The most common problem in preterm infants is found in the lungs, which must be fully functional for a baby to breathe immediately after birth.

“The lungs are the correct size for any baby during any gestational stage,” Roberts says. “But it’s not until the last several weeks of the pregnancy that the lungs start to produce a chemical that allows them to open and close a lot easier. And that chemical is called surfactant.”

Surfactant is a naturally produced substance composed of lipids and proteins that lines the inner air space of the lungs and keeps them from collapsing when a baby exhales. Without a normal amount of surfactant, it becomes very difficult for a newborn to pull the lungs back open and breathe air back into the lungs.

Babies begin to produce surfactant while inside the womb, usually between 24 and 28 weeks gestation. Most preterm babies born during this range, and even some born in later gestational periods, will need immediate and effective respiratory care. They will stay in a neonatal intensive care unit (NICU) and breathe through a ventilator until they are able to naturally produce enough surfactant to enable normal breathing.

“Since the 1990s, we have an artificial surfactant,” Roberts adds. “One of the big jumps in the survival [rates] of these preterm babies that have surfactant deficiency is that now, in the delivery room, we can actually through a little tube put artificial surfactant into the lungs, and soften them up, so that the baby may not need a respirator, or may spend less time on the respirator.”

Roberts says that preterm infants who spend a long time receiving breathing support are at risk of developing the chronic lung condition bronchopulmonary dysplasia (BPD), which is similar to asthma. Babies born in the 24-28 week gestation range are particularly at risk, and about 40 percent of them will have BPD.

In addition to the lungs, a preterm infant’s brain is still undergoing development. Roberts explains, “Even the newborn baby’s brain is like Jell-O, it doesn’t have much structure, and it doesn’t have much firmness to it. The preterm babies’ [brains] are even more liquid-y. And so changes in the preterm baby’s blood pressure can cause these blood vessels in the brain to rupture, and the baby develops what we call a ‘head bleed,’ or an intraventricular hemorrhage. That can have devastating consequences in terms of the baby’s outcome, neurologically.”

Preterm infants’ stomachs and intestines are other organs that must be closely monitored. Since the infant would normally receive all nutrition through the mother up to full term, what Roberts calls the baby’s “intestinal motility” is simply not ready to work properly. Giving nutrition to preterm infants is a stop-and-start process and must be closely monitored, Roberts says. Early preterm babies are also at a high risk for a devastating infection called necrotizing enterocolitis (NEC), which results in the death of the intestinal wall lining. The cause of NEC is unknown.

These vulnerable infants are also at high risk for other infections. More recently, research has indicated that preterm babies can also have problems that do not become apparent until later in their childhood years, such as autism or particular learning disabilities.

As Roberts notes, “We put these babies through an awful lot to survive, some of which is painful, and in an environment that they should not yet be in. If you think about the preterm baby up until [a full] term, they should be in a nice, warm bath of water, totally dark, and the sound muffled. And when they are born prematurely, we bring them into the big NICU, [with] bright lights, loud noises, painful punctures, blood tests and what have you. So, we should probably not expect that [this] doesn’t have some impact on their outcome.”

Parents whose newborn, preterm infants are in the NICU are often justifiably overwhelmed and very concerned for their child’s safety. Roberts encourages what is called “kangaroo care,” where both mother and father have skin-on-skin closeness with their baby. Studies have shown that cradling a preterm newborn against a parent’s bare chest can stabilize the infant’s heart rate and assist normal breathing patterns.

Kentucky’s rate was 10.7 percent, and six of Kentucky’s most populous counties have the following rates for 2015: Jefferson – 10.6; Fayette – 10.3; Kenton – 10.6; Boone – 9.6; Hardin – 9.5; Warren – 10.8. Roberts observes that the rates for Hardin and Boone may be lower due to those counties’ proximity to more populous counties nearby (Jefferson and Kenton, in this instance). Many hospitals will transfer mothers in preterm labor to larger, better equipped facilities, which he believes is always the best option.

In Kentucky, the 2015 preterm birth rates broken down by race/ethnicity are as follows: Asian-American – 8.4; Hispanic – 8.7; White – 11.1; African-American – 13.3. Roberts says that these may reflect socioeconomic factors and access to care, and also relate to teenage pregnancy rates.

Becoming pregnant during the teenage years is a clear risk factor for having a preterm birth, but Roberts says there is no single explanation for why this is so. He believes that teenage mothers may be less likely to seek help early during their pregnancy, which can allow complications to arise.

Other risk factors for preterm birth are:

Smoking is a risk factor for poor outcomes in preterm births. As for whether stopping smoking right before pregnancy can improve the odds of having a healthy, full-term baby, Roberts gives caution.

“Keep in mind that all organs are formed by 12 weeks,” he says. “Some women don’t even know that they are pregnant at that point. So, the [infant’s] organs may be impacted by the mom’s smoking history. Certainly, the mom’s blood vessels that supply the uterus are impacted by her smoking, as well as her oxygen levels.”

Roberts believes that further improvement in preventing preterm births can and must be achieved.

“We need to put our energies into preventing prematurity,” he says. “Because we know that if we can keep a baby in a safe, uterine environment until term…the odds are tremendously in favor of that baby having a good outcome. And every week we come out early, the chances of having a good outcome decrease.” 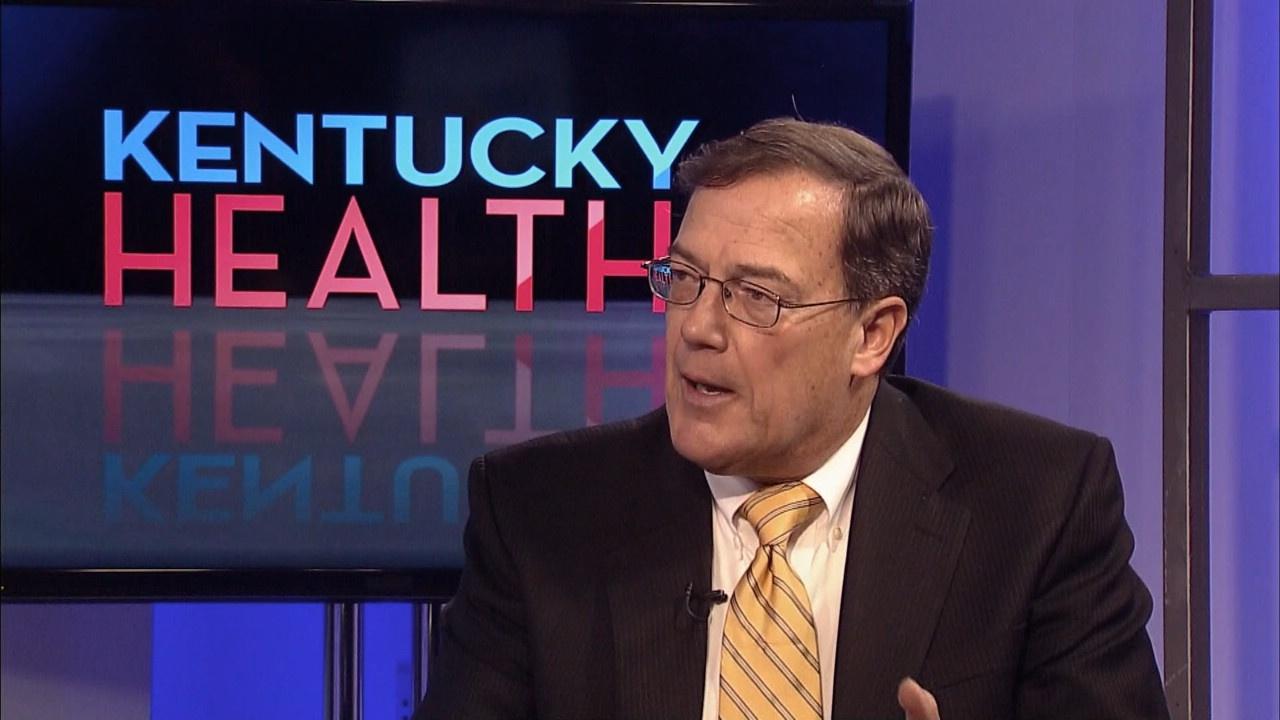