Heart disease is the leading cause of death in the United States, ahead of cancer. Nearly one out of every four deaths each year is caused by heart disease, according to data from the Centers for Disease Control. In recent years, cardiologists have learned more about the disease and its causes, and new screening methods have enabled them to make more accurate assessments for each individual. This has led to the rise of preventive cardiology, where doctor and patient work together to identify and treat heart disease before it worsens and leads to potentially debilitating or fatal results.

Dr. Henry Sadlo is an assistant professor of cardiovascular medicine at the University of Louisville School of Medicine. For the first 24 years of his career he focused mainly on treating patients with heart disease, spending much of his time in the operating room performing heart bypass surgeries and inserting stents and pacemakers. But then, Dr. Sadlo shifted his mission to preventing the disease.

“I’m trying to find patients who don’t have any symptoms yet, who are at great risk for a heart attack, maybe next week, maybe next month, and identify those people, and try to reduce that risk,” he says.

Five Risk Factors, and Family History is Key
Sadlo says that according to the Centers for Disease Control, there will be around 800,000 heart attacks in the United States this year, and approximately 100,000 of them will be fatal. Heart disease affects both men and women, with men at slightly higher rates, and there are five primary risk factors for getting the disease.

The first three risk factors are hypertension, hyperglycemia or diabetes, hypercholesterolemia – the “three hypers,” Sadlo says. “And then smoking is a huge risk factor, it really inflames the heart arteries, and then family history. And I said family history last, but in most cases it’s the most important.”

Sadlo says that compared to when he first began treating heart patients, hypertension (high blood pressure) is much easier to control with medication. He also says that there have been many advances in treating diabetes. In terms of cholesterol, he explains that heart doctors have isolated LDL (low density lipoprotein) cholesterol, the so-called “bad” cholesterol, as the main culprit in the formation of plaque in the heart arteries, called atherosclerosis.

“Now, it’s interesting, many years ago the government said a 160 (milligrams per deciliter) level of LDL is okay, then they changed it to less than 130,” Sadlo says, “Most recently, the level needs to be less than 100, and I wouldn’t be surprised if we see it go to less than 70 for everybody with vascular disease soon.”

In addition to taking medication for the three “hypers,” Sadlo says that most patients must make permanent lifestyle changes to reduce four of the five risk factors. Anyone smoking should attempt to quit the habit, and Sadlo recommends dietary guidelines from the American Heart Association (plant-based, low in saturated fats) and exercise guidelines from the AHA as well (moderate cardiovascular exercise for 40 minutes, four times a week).

As for the fifth and most important risk factor, Sadlo says that anyone with a family history of heart disease needs to take the initiative and get screened early in order to determine if they have any buildup of atherosclerotic plaque that could lead to major problems down the road. This is especially important for persons with a family history but without any of the other risk factors.

“Family history is huge. And that’s one of the things I try to focus on,” he says. “Now, somebody who comes in to me and says, ‘My brother had a heart attack at 50 and never smoked,’ I say, “Well, you’re the kind of guy I’m looking for,’ because that patient probably has coronary artery disease already, just genetically.”

New Screening Methods Lead to Better Outcomes
Sadlo says that twenty years ago, most patients who underwent screening for heart disease had a non-invasive nuclear stress test performed, where radioactive dye is injected into a vein and then images are taken of the heart during rest and after exercise to determine if there is any obstruction of blood flow. There were problems with the nuclear stress test, however. It would only pick up a blockage of 70 percent or greater, Sadlo says, and it required a high dose of radiation, 15 times that of a mammogram. Furthermore, the text was expensive.

If blood flow obstruction from a stress test was detected, the patient would usually receive a coronary angiography, commonly known as a heart catheterization. This more detailed test requires the insertion of a catheter through the femoral artery which is then threaded to the heart, where dye is injected into the coronary arteries. This enables the cardiologist to spot the specific point of blockage within an artery.

Using before and after slides, Sadlo shows the results of a heart catheterization that revealed an arterial stenosis (narrowing) of 95 percent in one artery, and then the resumed normal cardiovascular blood flow resulting after a drug-eluding stent was inserted into the artery. In a minimally invasive procedure called an angioplasty, the stent, a tiny metal scaffold, is attached to a balloon. The contraption is threaded into a narrowed artery and the balloon is expanded and removed, leaving the stent in place to hold up the re-opened artery.

Sadlo says that nuclear stress tests are still useful and are still performed, but for many patients he has transitioned to a newer non-invasive, less expensive screening method – the coronary calcium scan. This CT (computed tomography) test does not require dye contrast and uses much less radiation than a nuclear stress test. Over the past two decades, CT technology has become more precise, Sadlo says, enabling cardiologists to take images of the heart that indicate the presence of calcium deposits in the arteries.

“Atherosclerosis is an inflammatory disease – smooth muscle cells get into a lipid-rich plaque, and there’s a lot of activity,” he says. “Mass cells become inflammatory, and eventually some of the cells will become osteoblastic, … meaning the cell is going to form and deposit calcium. So when the calcium gets into the arterial wall, that’s a very helpful tool, because, there’s nothing else that puts calcium in a heart artery than atherosclerosis.”

The measurement scale of atherosclerosis from a coronary calcium scan is zero (no plaque, normal) to 100 (mild plaque), 100 to 400 (moderate plaque), and then 400 and above (advanced plaque). One caveat to the coronary calcium exam is that it only reveals the presence of calcified plaque in the arteries, Sadlo cautions. “Soft” plaque, or non-calcified plaque, is also present in atherosclerosis and can develop at an earlier age. That can only be measured via a coronary angiogram, Sadlo says.

Sadlo advises patients to consult with their primary care physician about the risk factors for heart disease if they begin to experience symptoms such as chest pain and shortness of breath. If they proceed on to a cardiologist, he or she may do a basic treadmill exercise test with an EKG (electrocardiogram) to see if their symptoms worsen. The results of that will determine whether a more detailed coronary calcium exam is required, Sadlo says, followed by a heart catheterization if atherosclerosis is detected.

For many people, the words “heart disease” conjure up images of open-heart surgery. Sadlo acknowledges that, despite its invasive nature and cost, surgery may be the best treatment option for persons with severe arterial blockages. “Bypass surgery is extremely helpful in a lot of patients,” he says. “Nowadays we can help a lot of people non-invasively, but surgery is critical and is still done every day.”

Balancing quality and the quantity of life is an important part of caring for seniors with progressive chronic diseases. Bonnie Lazor, M.D., medical director at Nazareth Home in Louisville, talks about their new program HELD - Helping Embrace Life Decisions and other senior care issues. 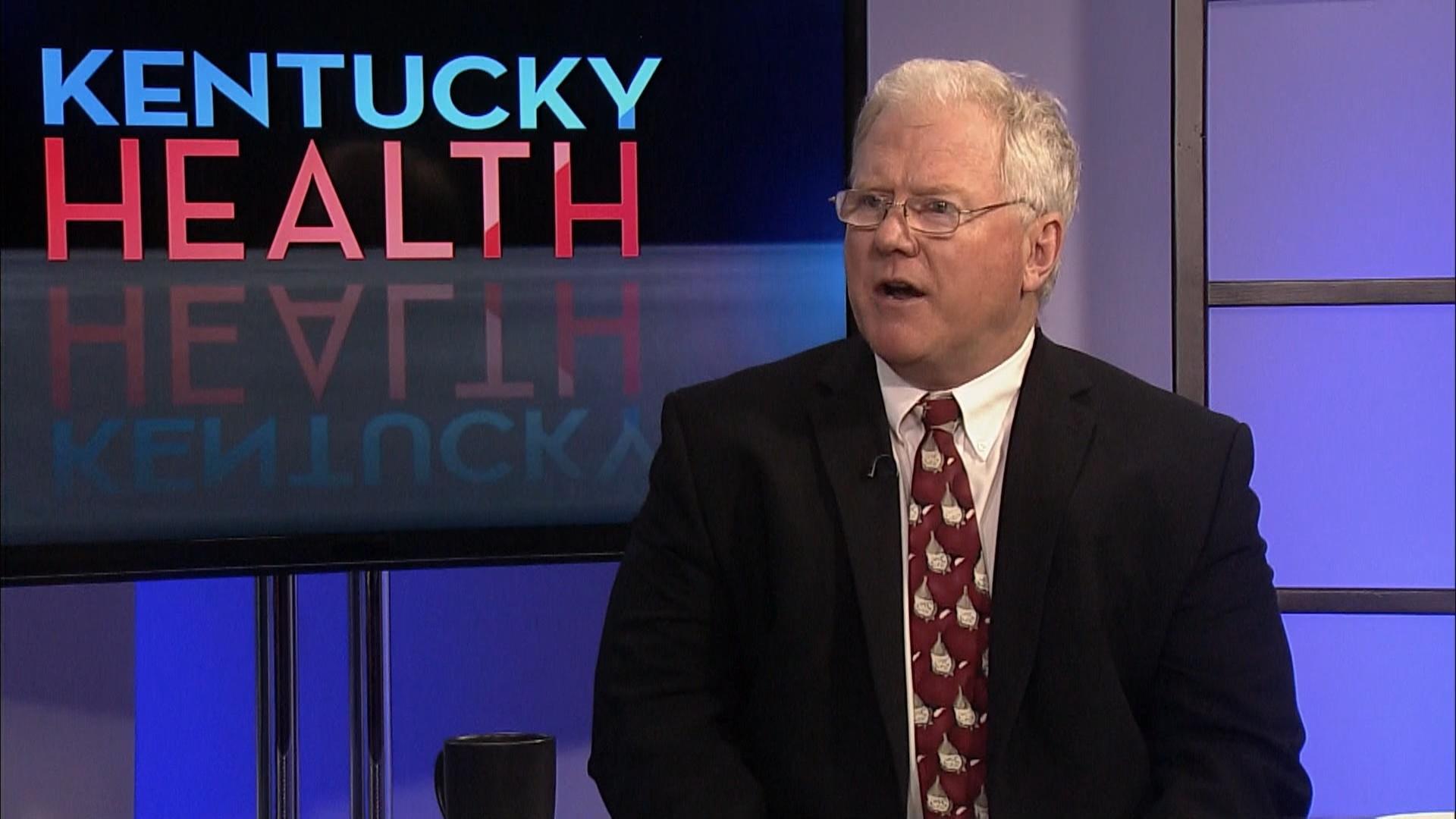