The first evidence of human-designed sanitation systems dates back to over 2000 B.C., but the major advances in public sewage treatment are much more recent. Providing a consistently clean water supply is essential to maintaining human health, as contaminated water can cause malnutrition, spread disease, and when flooding occurs, make a public health emergency worse.

On this episode of Kentucky Health, host Dr. Wayne Tuckson speaks with the CEO and chief engineer of Louisville’s public sewage treatment utility to learn about the process of wastewater disposal and about the growing stress many systems are encountering due to population growth and aging infrastructure.

Tony Parrott is the CEO of the Louisville Metropolitan Sewer District (MSD), and Angela Akridge is chief engineer for the utility. Both became interested in sewage disposal while attending college and find that their work is valuable to society and interesting as well.

The Louisville MSD manages five wastewater treatment plants and has a cap on the rates it can charge, Parrott says. It works closely with Louisville Water Company, and recently, Mayor Greg Fischer rolled out the One Water initiative, which is designed to foster collaboration between the two public utilities and allow them to consolidate some services and share buildings.

How the Sewage Treatment System Works
According to Akridge, when waste and water is flushed down a household’s toilet or sent down the garbage disposal, it travels through the sewer system to one of the five treatment facilities. Two of them discharge into the Ohio River, and the other three into adjacent local streams in Jefferson County.

When the wastewater reaches the facility, it flows through a series of screens to remove the solid material. Then, the liquid goes through what Akridge calls “different forms of treatment, from settling to having what we call ‘bugs’ or microbes inserted into the waste stream so it can naturally break down the organic material. Some more settling, disinfecting – in this case with chlorine – and then we remove the chlorine before releasing it into the river.”

As for the solid waste extracted from the wastewater stream, Akridge says “ultimately, it will be removed and either go through the process whereby we produce bio-solids for land application, or take it to the landfill for disposal.”

Much of the MSD sewer system grid dates back to the 19th century, especially the parts servicing the downtown area, and Akridge says that prior to the late 1950s the system was a storm water drainage system. Over the past 60 years, and especially after the Clean Water Act was passed in 1972, public utilities have vastly expanded their water treatment facilities to meet government mandates, with resulting improvements in water quality leading to better public health.

The Challenge of Upgrading Infrastructure
The current MSD system is designed to handle both wastewater and, during major rain events, excess storm water as well. But the system is strained, Parrott says, and money for repairs is hard to come by.

Included in this program were a series of slides depicting some of the older pipes in the MSD system, and a video documenting recent damage to a major sewer pipe on Main Street in downtown Louisville. In addition, we see a map of the MDS system in Jefferson County that details the perilous state of much of the infrastructure, especially the downtown pipes that are over 100 years old.

One slide shows a decaying sewer on Broadway downtown, built in 1867. “We have sewers like that that are in operation and are crumbling below our streets, and crumbling below our feet, and this is not just a Louisville or Kentucky issue, this is a national issue,” Parrott says. He adds that MSD treats about nine or ten “cave-ins” a month throughout the grid.

Akridge explains how MSD engineers handle a major repair such as the recent one on Main Street. Since most of the sewer pipes can’t fully be shut down because they are constantly needed, her team “repairs in place” by temporarily re-routing the water from the damaged pipe and sending it on to the treatment facility.

The recent pipe that ruptured on Main Street “was not designed to last as long as we’ve been using it,” Akridge says. It handles about 35 million gallons of wastewater on a dry day. Most repairs call for a “slip lining” to be placed inside the damaged pipe. Akridge explains that the lining allows for an uninterrupted flow to resume and also protects the pipe from further damage.

In addition to the routine repairs, Parrott says that MSD is currently in the midst of a major construction project to build several underground basins designed to catch excess storm water. “We’re currently under a federal consent decree to minimize all of the overflow that is escaping from the system and going into the river or overflowing into the streets,” he explains. “So that’s why you see us spending a lot of money on large combined sewer overflow basins.” Two currently under construction are in the Shawnee Park area in west Louisville and in the Butchertown area east of downtown. The MSD is also preparing to build a deep tunnel along the Ohio River that will run about 2.7 miles, 200 feet underground, and feature a pipe 24 feet in diameter.

These 20- to 30-million gallon basins “hold the storm water, and once the storm subsides, we can pump it back into the system and send it to the treatment plant,” Parrott says. In addition to capturing overflow, the basins can also be used to divert wastewater in case of a breakdown elsewhere in the system, as occurred on Main Street.

The ongoing demands for wastewater treatment, combined with MSD’s responsibility for 16 major flood pump stations along the Ohio River, will require more investment than is currently being made by local, state, and federal government, Parrott says. When asked what citizens can do to help in their everyday waste disposal, he warns that certain products seemingly designed for flushing down the toilet – clean wipes and baby wipes in particular – actually clog up pipes.

“It creates mechanical problems that shut down our pumps from operating and we have to do a lot of maintenance on that,” he says. “So there’s a huge campaign nationally to make sure folks understand the things you cannot flush or shouldn’t flush, because it is impacting our system.” 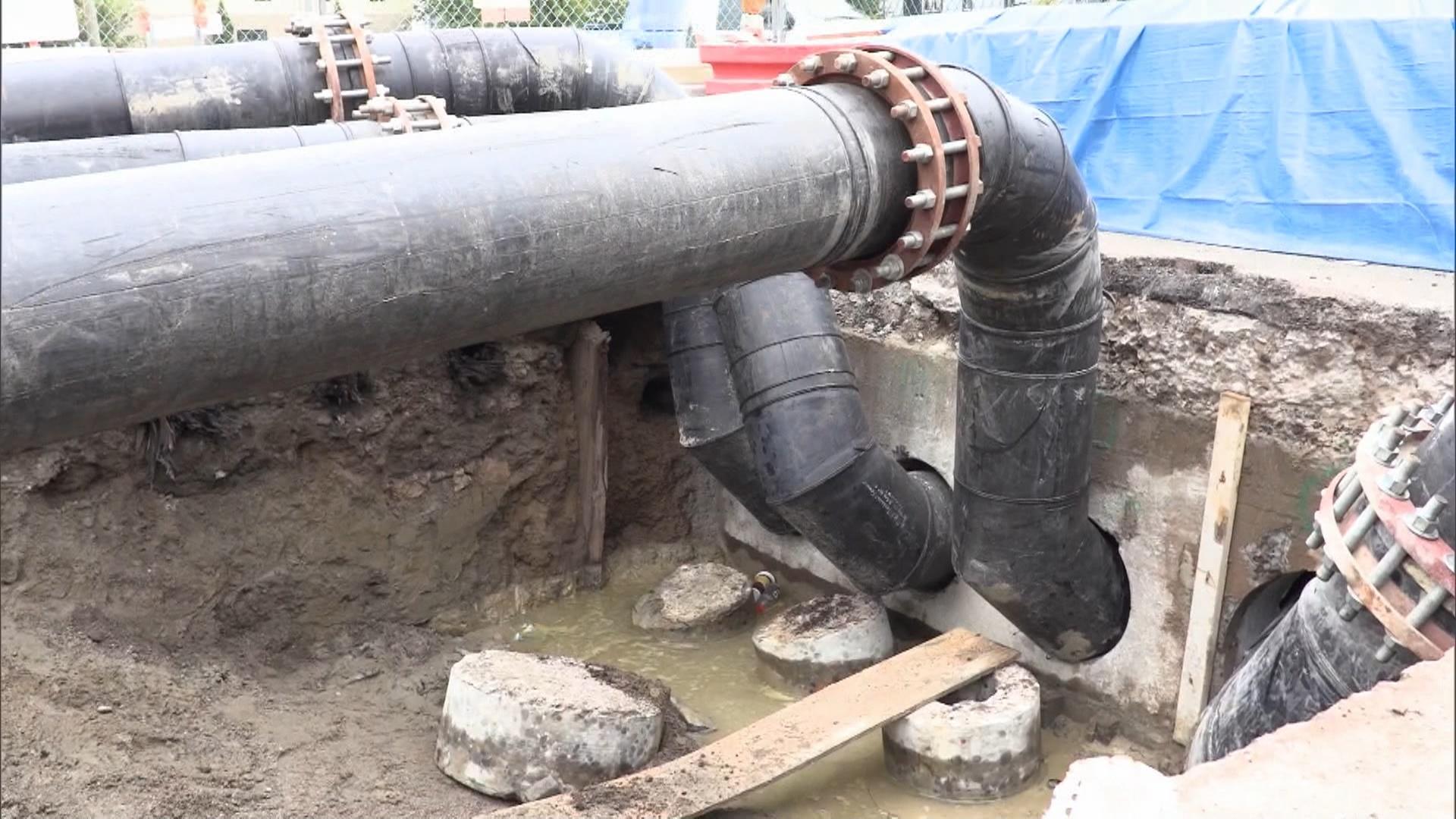