Dr. Tuckson and guest Eugene H. Shively, MD, emeritus professor of surgery at the University of Louisville, explore the challenges threatening the stability of rural hospitals, particularly the role of the current system of insurance and payers.
Season 16 Episode 16 Length 27:39 Premiere: 2/7/21

Here are key takeaways from an episode of Kentucky Heath examining rural health care systems in the commonwealth. Host Dr. Wayne Tuckson welcomed Dr. Eugene Shively, a professor emeritus of surgery at the University of Louisville who recently retired after over 51 years of practice in Campbellsville.

Shively, a native of Campbellsville, decided during his residency that he wanted to go back home and practice there to help Kentuckians in his hometown and other areas in the central part of the state. He did just that, serving multiple generations of his neighbors and experiencing many changes in rural health care during the late 20th and early 21st centuries.

According to Shively, the U.S. Department of Agriculture defines a rural area as “an area of a county that is less than 50,000 people and is not surrounded by an urban area.” Shively says that in Kentucky, approximately 40 percent of the population lives in rural areas, compared with 20 percent of the U.S. population.

Shively says that one key difference between health care in rural areas vs. urban areas concerns access. While certain neighborhoods in cities are underserved in terms of access – such as Louisville’s West End, for example – the problem is more widespread in small towns and among folks living out in the country who are far away from clinics and hospitals.

“If you’re talking about traveling 50 to 60 miles to get care, that’s a big problem,” he says, adding that several of his patients from the Campbellsville area where he used to practice lacked transportation – or the means to pay for it – in order to travel to Louisville, Lexington or Bowling Green for medical appointments.

“There are obviously some affluent people who live in small towns, but most people have a lower income and have chronic illnesses,” Shively says. “And there’s an increased number of elderly people in rural areas. In rural areas, 18 percent of the population is over age 65, and in urban areas it’s about 14 percent.”

The demands of an aging population, many of whom have chronic illnesses including diabetes, COPD, and heart disease, puts a strain on rural health care systems, Shively explains. Many patients do not see their primary care physician on a regular schedule because they can’t afford it, he says, and they end up utilizing the emergency room for services. That’s a routine that is unsustainable for both patient and provider.

“Some hospitals are in critical condition,” Shively says. “In Kentucky, it’s estimated that approximately 25 percent of hospitals are in serious problems with finances, and the reason for that is that most rural hospitals depend on Medicare and Medicaid, and they only pay about 88 percent of costs. Other hospitals – for example, affluent hospitals in urban areas – make up that with private pay.”

Shively says that 73 percent of the patient population served by the hospital he worked in relied on Medicare or Medicaid to pay for their care. For hospitals located in the Appalachian region that comprises eastern Kentucky, 90 percent of their patients rely on the federal programs. “And of course, we also have patients with no insurance, and we have a lot of patients that are not adequately insured,” he adds.

Determining the actual costs of a particular health care procedure – or more broadly, the operating costs of a clinic or hospital – is a process that is open to much debate, Shively acknowledges.

“You talk to different hospital administrators and financial advisors, and you’re probably going to get different answers,” he says. Inflated health care costs are a benefit to insurance companies but are harmful to rural health care providers and patients alike, Shively argues, since so many of the procedures in rural clinics and hospitals are paid for by Medicare and Medicaid.

Shively says that reimbursement rates for Medicaid (which covers persons living below the poverty line) are lower than those for Medicare (which covers most people over age 65). When the Affordable Care Act was passed by Congress in 2010, many states signed up for expanded Medicaid assistance, which helped rural hospitals by providing at least some modest level of cost support for patients who lacked insurance. But other states didn’t join the ACA, and their rural health care has suffered, Shively says. He notes that since 2010, over 25 rural hospitals in Texas have closed because of financial insolvency.

One rural hospital in Kentucky has closed in 2020, Shively says, and five have closed over the past 10 years. Several others are currently in a precarious financial state during the COVID-19 pandemic. When rural hospitals close, the entire community suffers, Shively notes. Many good-paying jobs vanish, the local tax base shrinks, affecting education and other services, and companies that formerly considered moving to the area look elsewhere.

“Maybe I’ve become old fashioned, but medicine has become an industry,” Shively says. “We’re obligated to take care of our patients regardless of their ability to pay.”

The Benefits of a Government-Run Health Insurance Model

Shively supported former Gov. Steve Beshear’s decision to welcome the Affordable Care Act and the expansion of Medicaid into Kentucky’s health care system in 2010. He is glad current Gov. Andy Beshear has continued to keep Kentucky within the Affordable Care Act, but believes a larger role for the federal government in administering health care services is needed to help firm up rural providers in the state.

“What we have to look at is what we’re doing right now,” Shively says. “Eighteen percent of our gross national product is going for health care. That’s twice as much as any other first-world country. And about a third of that money is wasted – it has nothing to do with health care. We’re paying twice as much for pharmaceuticals as any country in the world. We only represent about 4 percent of the world’s population, yet we’re paying most of the drug costs. We can’t continue to do that.”

The movement for a single-payer insurance model for health care in the U.S. has been building for several years, and Shively supports making this significant change. He hosts a podcast devoted to the topic.

“’Single payer’ is a term that is used for a model that, instead of having multiple insurance companies, we would just have one entity that would pay,” he says. “One of the concepts would put everyone on Medicare, for example. Now, in order to have a system where everyone is covered, you don’t have to have single payer. You can have a system like in Germany where there are multiple insurance companies, but there is a standard.”

Adopting a single-payer model or a multi-payer model with a standard list of costs would eliminate the billing discrepancies that are rampant in our current health care system, Shively says. In Canada, he notes, the government-run model helps control costs and also enlists all citizens in standardized system that ensures they receive preventive care. “A patient comes in for a colonoscopy, you fill out a form and send it in to one entity, and they pay (the provider) back,” he says. “You don’t have to send it to three or four different entities, you don’t have to get on the phone and get it pre-authorized, and you don’t need to talk to a medical director… They just take care of it.”

Shively supports a single-payer system that still allows patients to be able to choose providers for most of their services, such as exists in Canada. “I don’t think we’re going to go to single payer in the U.S. in the current political situation,” he admits. “We’re probably going to have a public option – that’s what President Joe Biden wants to do.”

A public option, if added to the current health care system in the U.S., would allow more citizens to sign up for government-administered health insurance such as expanded Medicaid with a higher income threshold or Medicare with a lowered age requirement.

In addition to insurance reform, Shively also believes that the medical community needs to make rural health care a more attractive career option for young physicians. He reflects on his own career and how, as a surgeon, he often had to perform additional services for patients when another specialist wasn’t available. Still, he says his decades of service to people in the community he grew up in were very rewarding.

“Most medical students don’t understand how nice it is to be able to practice in rural areas,” he says. “One of the things we’ve done is have had senior medical students rotate with us, and we’ve attracted surgeons and primary care physicians to come to rural areas – and then they attracted their friends.” 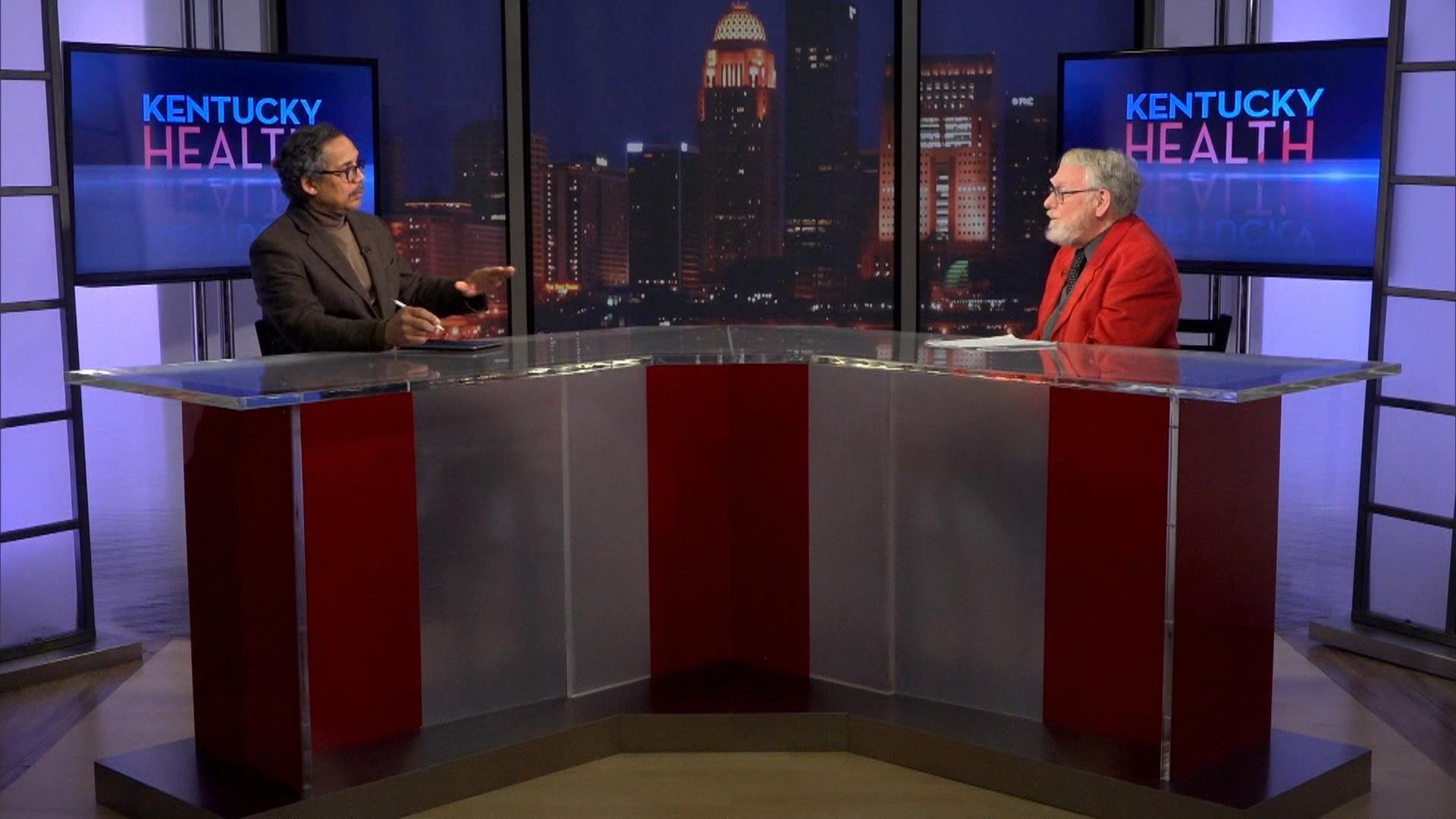