The challenges facing physicians who practice in rural areas are by and large common to the profession as a whole, but there are also unique demands related to the geographic, economic, and cultural makeup of their surroundings.

For 20 years, the Kentucky College of Osteopathic Medicine (KYCOM) at the University of Pikeville has held true to its mission of increasing the number of primary care physicians in eastern Kentucky. Dr. Wayne Tuckson and KET’s health production team visited the college for Kentucky Health and spoke with two graduates of KYCOM who are now practicing in the region to learn about the challenges and opportunities of providing health care in Appalachia.

Yonts was a member of the third graduating class at KYCOM. He was based in Hazard during the third and fourth years of medical school at a community medical center that served as a “hub site” which provided training for students with local physicians. He formed a close bond with two of those doctors who served as mentors, and formed a practice in Hazard with them after graduating and serving his residency.

Thompson had a similar experience at KYCOM that reinforced her desire to help her home region. “Being from this area, it was a great opportunity to have the school within our region, to not leave,” she says, “and with that, going into general obstetrics and gynecology, I did have to leave and go to Toledo, Ohio, to do a special surgical training, but I did return to the area. I feel like having the school in the region helped influence that decision to return, because this is home.”

Challenges to Providing Rural Health Care
Lacking access to health care services is not unique to rural areas, but for residents of Appalachia, it has been a constant problem for a variety of reasons. According to Yonts, access to primary care has improved in eastern Kentucky, due in part to the service mission of KYCOM, but the lack of specialty services in the region means that patients often have to travel several hours to Lexington, Louisville, or other cities to get medical care for a particular ailment.

“You know, if you look at the referral centers that we have, particularly in pediatrics, I think the medicine side has gotten significantly better over the last ten years,” he says. “But on the pediatric side, to try to get someone into a pediatric endocrinologist or someone who treats diabetes problems in kids or thyroid problems in kids is a challenge.”

Yonts says that the University of Kentucky receives the majority of his referrals, and they have a three- to four-month waiting list. “And then there’s the challenge that I think we often don’t think of, on a daily basis. Often times I will make a referral to someone in Lexington, and I might as well be sending them to Los Angeles. They have no transportation, no means to get there. And I know that this is not unique to this area, but it is a challenge to this area.”

Thompson says that she is fortunate that the Pikeville Medical Center has a Level 2 neonatal intensive care unit (NICU) that is qualified to deliver premature infants who are born at 32 weeks (37 weeks is considered full gestation). Still, that NICU is the only one with its standards within a 2-hour range. Recently, Thompson and her staff treated an infant who was born at 24 weeks and did not have the time to travel to Lexington or Huntington, W.Va. She says that her team stabilized the infant at Pikeville and eventually transferred both mother and child to the University of Kentucky. “That baby is still alive, because we have that capability and resource, but these are decisions that we have to make.”

Thompson and Yonts say that the majority of patients in their service areas are on either Medicaid or Medicare. The expansion of Medicaid in recent years under the Affordable Care Act has enabled several hundred thousand more low-income people to obtain coverage in Kentucky, but a current waiver proposal at the state level and proposed legislation to repeal the ACA at the federal level has put the prospect of continued Medicaid expansion in doubt.

Yonts believes that even if Medicaid expansion is ended, people in eastern Kentucky will not be refused services. He notes that he, and other doctors in private practice, allocated about 10 to 15 percent of his budget for “no-pay” services prior to the ACA’s passage to treat the uninsured.

“I think we’re going to continue to see folks and continue to provide the best care that we can,” he says. “I think where the Affordable Care Act has been a tremendous asset is in the mindset of some of these folks, that ‘I have insurance now and I can seek care.’ And so I think that we’ve had some people who have come to seek care earlier, and I think that’s been a plus. Of course, the negative and the drawback is, it doesn’t look like we can afford it.”

Priorities for Health Care in Appalachia
Both Thompson and Yonts say that the opioid epidemic crisis, which began affecting eastern Kentucky more than 20 years ago, is a constant priority in their daily practice. Thompson did her research during residency on the effects of opioid withdrawal drugs such as methadone on pregnant women. She says that most hospitals in the area require drug screening for pregnant women during initial consultation.

“It’s a conversation that has to be had every single prenatal visit – one of the questions I ask my patients is, ‘Are you using any other substances?’ And you have to spell it out and go through it. Most of the patients are forthcoming.”

Yonts practices in Hazard, which gained notoriety for being the location of several “pill mills” where doctors and pharmacists wrote prescriptions to feed a market of drug addicts, fueling the opioid crisis. He says that slowly, Hazard and eastern Kentucky at large are rehabilitating their reputation. Determining the right time to prescribe opioids for pain relief is difficult, he says, as most patients have different pain thresholds and a lot of them come to him with subjective pain. Still, Yonts believes that he and his fellow physicians in the area are on the same page in terms of reducing the amount of prescriptions in the region.

The growing problem now is heroin abuse, Yonts adds, as many former addicts who used prescription opioids have switched to the cheaper street drug. “I think the heroin problem is more than just on the medicine side,” he says. “I think it needs to be addressed on the society side. I think we have to improve employment, improve education, and I think until those things are met, and until folks have something that, if they lose, it means more to them than that high they’re getting off the heroin, it’s going to continue to be a problem.”

Thompson and Yonts both obtained Doctor of Osteopathy degrees from KYCOM, and say that their profession differs from the traditional M.D. program by offering training in osteopathic manipulative techniques (hands-on physical therapy for the musculoskeletal system) and a more holistic approach. Thompson says that her D.O. training allows her to be better able to treat patients in Appalachia by addressing a patient’s wellness from a broader perspective.

“We believe that the body is made up of the body, mind, and spirit, these are completely inseparable,” she says. “And with every aspect of treatment, you are constantly incorporating that within your care. It’s not that it’s going to replace any kind of medical or surgical therapy, it’s another way to treat. If you can provide some type of treatment within the muscles, that may be able to alleviate some symptoms such as post-operative healing to heartburn. It’s just another tool in the box.”

Thompson also adds that, in order to run a successful practice, physicians in Appalachia must become just as familiar with the culture, dialect, and customs of the patients from the region as they are with their health care priorities. She talks about her aunt, who underwent a hysterectomy years ago and did not understand that she needed to have regular checkups afterward because her provider, who was from outside the region, did not communicate her health care status effectively. Her aunt recently died from ovarian cancer.

“If you cannot talk to your patients, you’re fighting a losing battle. When you walk into the room, it’s not going to happen. And this school has trained us in the ability to practice in a rural region.” 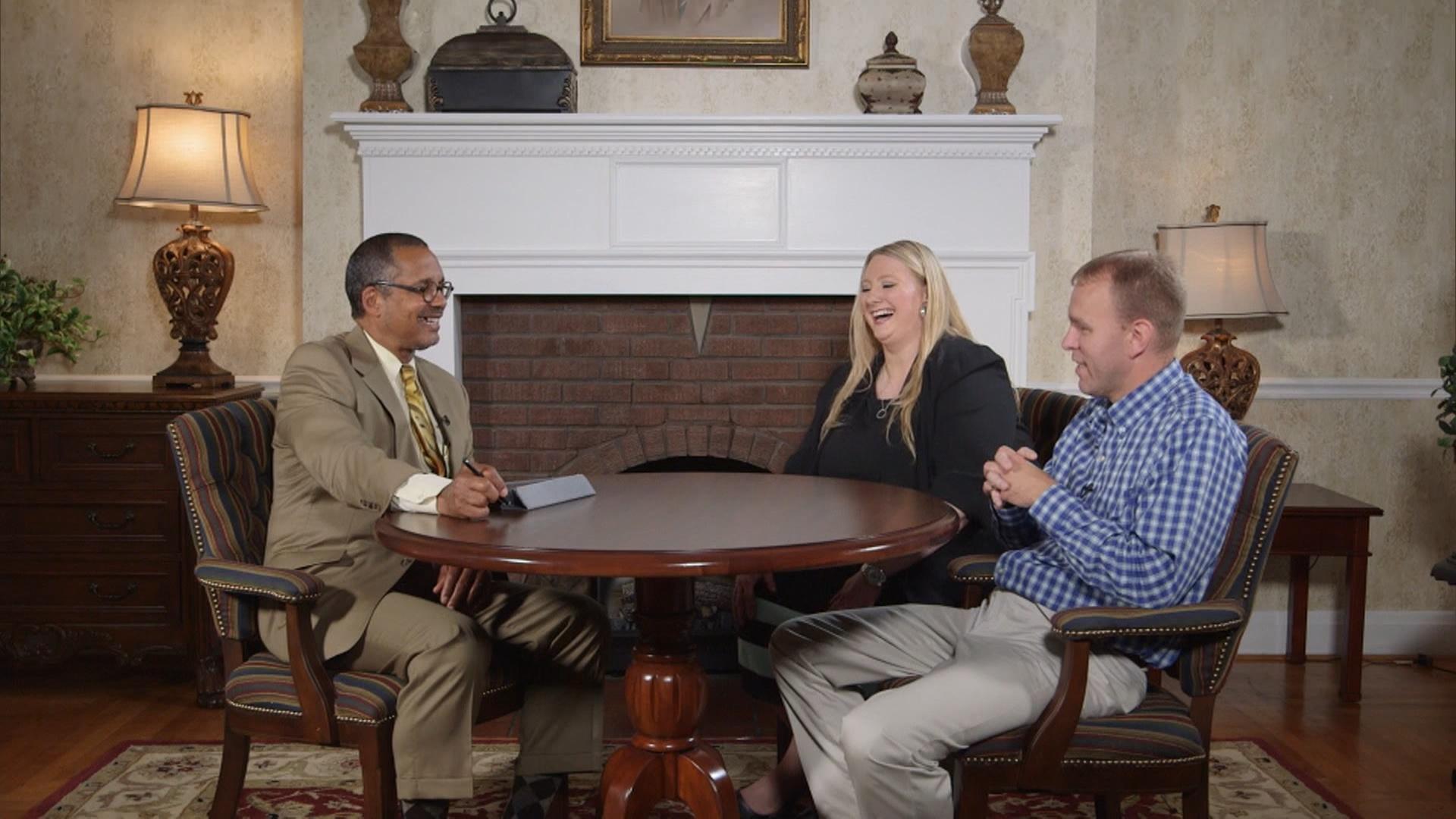