Beyond Cold Turkey: Effective Strategies for Quitting Tobacco Use

Kentucky has traditionally ranked at or near the top of all states when it comes to adult smoking rates, and as a result, the commonwealth also perennially is a national leader in incidence rates for lung cancer and heart disease.

Efforts to curb smoking rates among existing smokers, and educational initiatives to teach children and teens about the dangers of tobacco use, have helped bring Kentucky’s smoking rates down, but there’s still a lot of work to be done. On the positive side, over the past decade a variety of tobacco cessation products have been introduced that have proven to be very effective in helping people quit the habit – for good.

In this episode of Kentucky Health, Dr. Wayne Tuckson talks with the tobacco cessation administrator for the Kentucky Department of Public Health about the best methods for quitting smoking, including the most effective drugs on the market. This program is part of KET’s “Smoking and Health” initiative, funded in part by the Foundation for a Healthy Kentucky.

Bobbye Gray, RN, TTS, is responsible for administering the state’s contract for Quitline services (1-800-QuitNow or www.QuitNowKentucky.org), which is run by National Jewish Health, based in Denver, Colo. That institution is a leading respiratory research hospital and is a nonprofit organization, says Gray, which allows them to allocate much of their revenues toward finding new ways to help people stop smoking.

Even with lowered smoking rates, Kentucky is “still number one” in adult smoking, Gray says. “…we’re talking about serious disease, death, attributed to smoking. Our smoking rate is 25.9 percent, and the national smoking rate is around 15 percent.

“We are not number one among youth anymore,” Gray adds. “We’ve done a lot of programming in the schools and the local health departments… And so we’ve seen those rates come down some, but we still remain number one overall.”

Pushing Back Against the Social Pressures to Smoke
Smoking rates among certain racial and socioeconomic groups (minorities, people living in Appalachia) are higher than the population as a whole, which Gray says is a major problem for Kentucky’s overall health as it is a relatively poor state.

Why do people start smoking? Gray says that peer pressure and a desire for independence are behind many adolescents’ decision to take up the habit. “I’ve heard that many people say that tobacco use is a pediatric disease, because many actually start using tobacco as minors.”

But she adds that there are other influences, including stress, social settings, and even the marketing practices of tobacco companies, which promote cigarette smoking as trendy and even advertise certain products to specific groups of people.

There are just as many other reasons people decide to quit, Gray says. Some come to her for help as they are getting out of college and looking ahead to their career and possibly starting a family. “And then we see a lot of older people, with a history of smoking, who went to their physician and were told that they have a disease that’s smoking-related,” she says.

Gray says that her referrals come from individuals, family members and friends, and also from medical providers. If a person has told his or her provider that they are thinking about quitting smoking, the provider has the option to contact Kentucky’s Quitline.

“Even if the person isn’t 100 percent ready to quit, the provider will go ahead and make that referral to the Quitline, and the Quitline will proactively reach out to that patient,” Gray says. “They will reach out and try to engage that person and use motivational interviewing to try to move them from pre-contemplation into contemplation and then into action steps.”

The biggest obstacle to quitting is addiction, primarily to the nicotine in cigarettes, Gray says. “Cigarettes and tobacco products are manufactured for addiction… and so many young people think that ‘I’ll just smoke when I’m in high school and I’ll put them down’ – well, they’re addicted. And they can’t put them down.”

Gray says that policies such as smoke-free ordinances for workplaces, schools, and/or public businesses have been proven to drive down smoking rates. Increasing sales taxes on tobacco is also effective, she says. “If it’s more expensive, then people are less likely to buy the products, especially youth….”

Different Treatments Work for Different People
“Our quit rate at the Quitline for those who enroll in coaching and receive four coaching calls is about 38 percent,” Gray says. She adds that Quitline services are free to access, and that the counselors will help anyone down to the age of 15. “You don’t have to be an adult to quit smoking. If you are a young person out there, and you are using tobacco, you can call 1-800-QuitNow and ask for coaching without parental consent. If you’re old enough to smoke, you’re old enough to quit.”

Tobacco cessation products are available via prescription as well as over the counter, Gray says. Most of them provide nicotine to tobacco users without all of the additives and dangerous chemicals that are also present in cigarettes. She discusses several over-the-counter and prescription options:

As for e-cigarettes, Gray says that “the FDA has not shown them to be effective cessation tools yet, they’re still looking at them. There are people in the industry who think you get less harm from an e-cigarette…. They’re new products to the market, and we don’t know over time what heating these flavorings are going to do in the lungs, we just don’t know.”

One positive development for those who want to quit tobacco use is recent legislation passed during the 2017 General Assembly that mandates for all commercial insurers as well as Medicaid to cover all FDA-approved tobacco cessation medications as well as telephone, individual, and group counseling. “And this must be done without co-pays and deductibles,” Gray says.

Helping People to Find the Will Power to Quit
When she begins counseling a patient who wants to quit tobacco, Gray asks a series of questions in order to uncover the smoking frequency and the sort of habits they link to smoking. “You want to talk about triggers,” she says. “Some people are not aware that when they pour their coffee in the morning, they’ve also just lit their cigarette. They are not even aware.”

Then Gray asks a person about their commitment to stop smoking, on a scale of 1 to 10, with 10 being fully invested. “And then, I ask them the same thing about confidence…And if they’re very confident, then you feel like we’ve got this one whipped. If they’re not very confident, then we use motivational interviewing to tailor the triggers, the responses, the tobacco use with maybe a health condition they might be having, or a lifestyle situation.

“If a grandmother cannot go and be around her new grandchild because she’s smoking, because mother says no smoking around the newborn, then maybe grandma’s decided that, ‘Now’s the time because I want to be a part of the family, I want to be there.”

The Freedom From Smoking group cessation program from the American Lung Association has been adopted and operated by a lot of local health departments in Kentucky, Gray says. It’s a seven-week program of group counseling totaling eight sessions. On the fourth session, participants have their quit day, Gray says, and then they reconvene two days later to talk about any immediate challenges that have arisen. Gray says that one-on-one counseling is also available, with 32 tobacco treatment specialists in the state and an online program developed by the University of Kentucky College of Nursing as options. 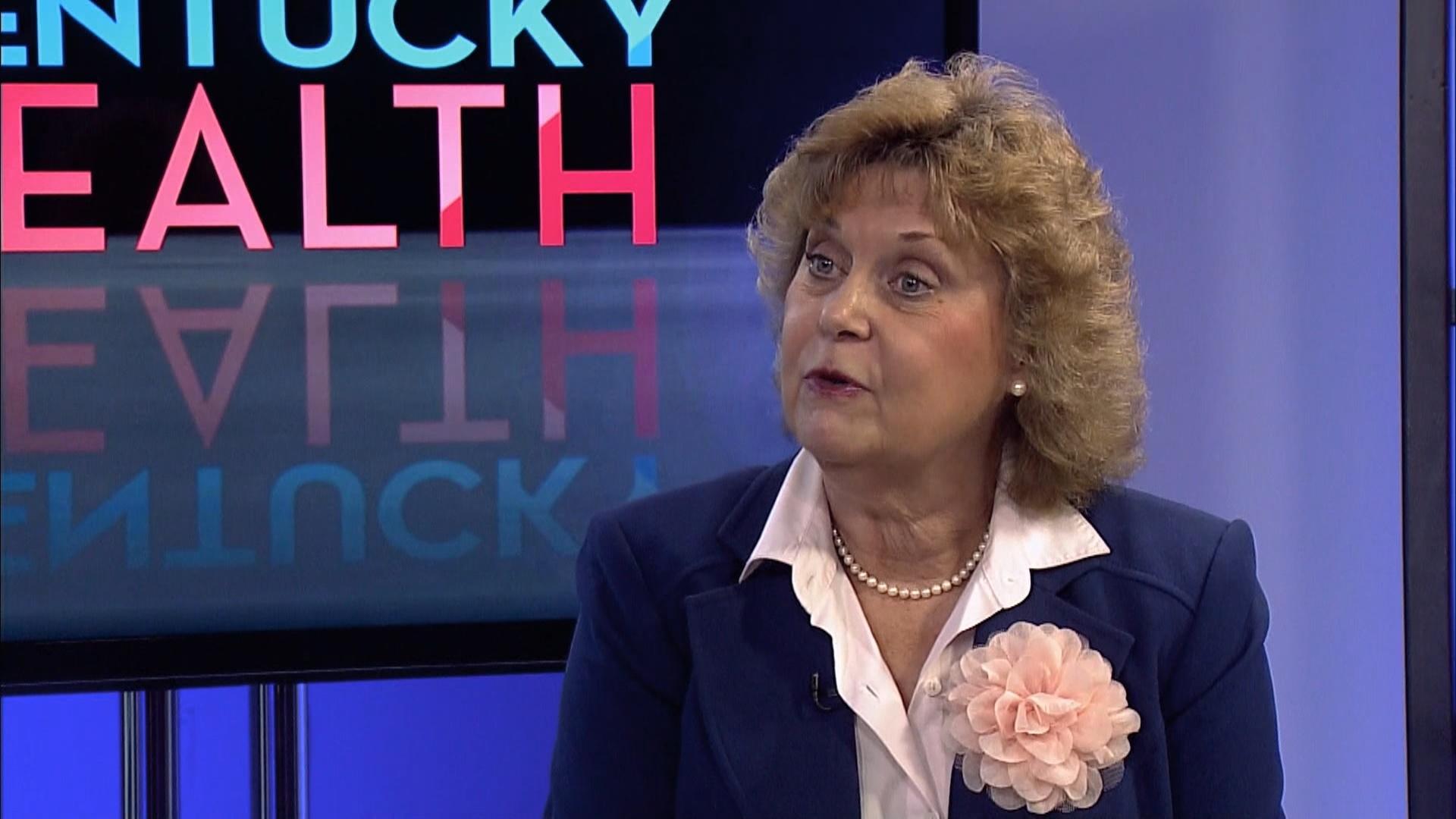