The Burden of Stress on Children and Adolescents

For most people, the teenage years are a time when emotions can often seem overwhelming. Physical changes, social pressures, and the rapid onset of young adulthood are all stress factors for adolescents as they begin to gain autonomy. For those without a solid support system at home or school, stress can build up and lead to lasting mental health issues, substance abuse, or even suicide.

In this week’s Kentucky Health, host Dr. Wayne Tuckson speaks with Louisville psychiatrist and pediatrician Dr. John E. Gallehr, M.D., about the impact of stress on adolescents and how it can be alleviated.

Dr. Gallehr practices with the Bingham Clinic at Norton Hospital in Louisville and is also an assistant professor in the Department of Pediatrics, Child, and Adolescent Psychiatry and Psychology at the University of Louisville. Gallehr makes it clear that adolescents have always been susceptible to stress triggers such as peer pressure and bullying, but notes that today’s young Americans face a far more complicated social world than did those during the last half of the 20th century, when sustained economic growth and technological advances created a new middle class and an explosion of teenage mass culture.

“This day and age, the world is very different,” he says. “There’s cell phones, the Internet, text messaging – a world of information available to young people that was not there previously.”

These changes have impacted adolescent development across the board over the past 25 years, affecting how teenagers learn about important human aspects of behavior such as sexuality and empathy. They have also led Gallehr and his peers to broaden their study of peer pressure, because, as he says, “It’s a whole different ballgame” in terms of social networks. No longer do kids just associate with those within close physical proximity; thanks to technology, they can form peer groups around any sort of interest – from welcoming 600 friends on Facebook to posting bulletin board material on Reddit or forming an online gaming clique.

“In some aspects, we think that peer pressure is more important now because we as parents are working longer hours, we often have both parents working, or children are raised with one parent or the other, and so the peer group becomes a greater part of the child’s experience,” he says. “And the other thing that is interesting about this day and age is that the peer group isn’t just who you go to school with, it’s who you’re on the Internet with. And sometimes that peer group can be very unhealthy.”

Surrounded by Influences, both Good and Bad
Gallehr says that peer pressure is not necessarily always bad. Teenagers who network with classmates online after school can receive encouragement and advice on doing homework, for instance. But the insistent, enveloping nature of modern communication can make negative people or influences have an out-sized importance on inexperienced young people and harm their self-esteem.

“You and I, if someone sent us an email we didn’t like, we’d put it in the trash bin and be done with it,” Gallehr says. “But young people don’t seem to have that judgment of how to separate and say, ‘I’m not going to listen to that person, I’m not going to receive messages, I’m going to block that person.”

As Gallehr points, out, adolescents are in an uncertain state of transition as they move beyond childlike behavior and develop more complex adult emotions. When confronted by bullying, or any stressful situation, young people can become intimidated and confused. This can lead to emotional withdrawal, which is an early warning sign of potentially far more serious problems.

Given most teenagers’ reluctance to proactively communicate their feelings, Gallehr stresses that parents must be cognizant of their children’s emotional inner lives and be willing to initiate conversation about uncomfortable topics if they see a need to do so. His work at the Bingham Clinic aims to bring parents and children together and develop a common ground for positive, meaningful communication.

“We want a family environment where the child feels comfortable coming to the family with the problem,” he says. “And this is hard in our culture. We have a culture in America where [we say] ‘You ought to be able to pull yourself up by the bootstraps, you can do whatever you want if you put your mind to it, [and] you shouldn’t depend on others.’ But we really want families to say, ‘Hey, we’re a family, we work together, we all have problems and issues, and we can all come to the kitchen table and work on this together.’”

From Everyday Rebellion to Something More Serious
A lot of adolescent stress and resulting behavior may be attributed to the normal changes associated with growing up: hormonal shifts, a desire for independence, trying out new experiences, and so on. Gallehr tells parents to expect a certain amount of rebellious behavior, but he says that it’s also okay for parents to lay down a set of ground rules and demand that their children obey them.

As for discipline, Gallehr advocates “developmentally appropriate interventions” that will change as a child matures. “I’m not in favor of physical punishment because it often doesn’t work,” he says, “it leads to the parent feeling bad and the child feeling miserable, and often resentful. What I’d like to see is, if we are going to have consequences, have consequences that have some meaning. If you screw up, if you break the family rules, you have to do something to make up for it. Just like we do in the adult world.”

Most importantly, Gallehr wants parents to maintain an emotionally involved, caring relationship with their teenage children that grows deeper and more complex as the years pass. This will help them recognize any major changes in behavior quickly, and be more able to reach out and help if the abnormal behavior continues.

Gallehr distinguishes between the normal anxieties that we all experience in advance of or as a result of a major life event and the constant anxiety and downward emotional spiral that is a hallmark of depression. Depression, which Gallehr terms a persistent sadness that “becomes out of context,” can cause major, harmful physiological and psychological changes if not treated.

These changes can lead to substance abuse – although Gallehr is quick to note that peer pressure, media, and even parents’ own habits can also spur teenagers to experiment with, and become addicted, to alcohol and/or drugs. Even worse, depression can cause teenagers to harm themselves or commit suicide.

If parents think that their children are in danger of harming themselves, it is time to seek professional help, Gallehr says. He concedes that “the familiarity of the family sometimes interferes with communication,” but also notes that teenagers will usually show clear signs of emotional distress in their body language or sometimes will even verbally confess having suicidal thoughts.

Ultimately, Gallehr believes that teenagers are best able to handle the challenges of growing up when they have a rock-solid support system of parents, teachers, and friends that sets limits to their behavior but also allows them to chart their own path as they exit childhood and form new identities as young adults.

KET recently explored some similar issues related to childhood emotional development in “The Out of Control Child: Help for Families,” which is part of the Health Three60 series. 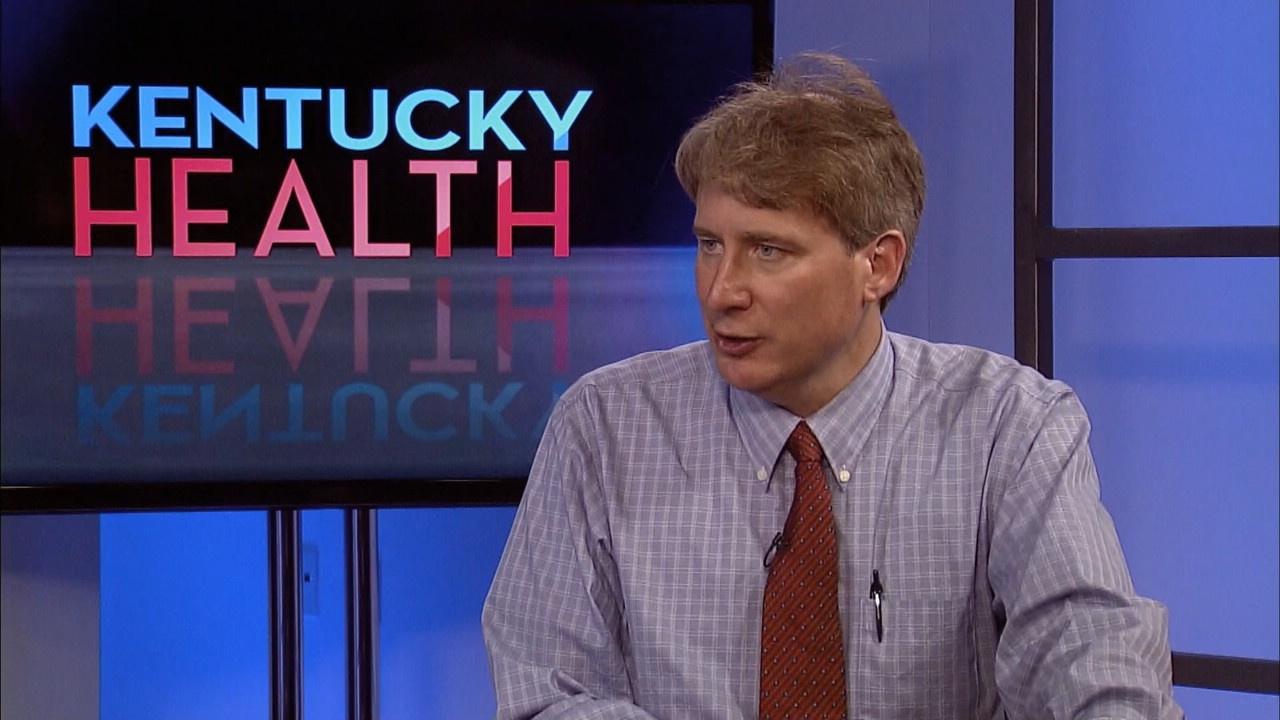