Research shows that the human brain does not reach full maturity until around age 25. The prefrontal cortex, which controls reason and judgment, is the last area to mature, and evidence of that biological fact can be found in many aspects of society, from higher driver’s insurance rates for teenagers and young adults to the raising of the public drinking age to 21 in all states by the end of the last century.

The adolescent brain’s slow maturation leaves young people more susceptible to peer pressure and impulse actions, which, mixed with substances such as nicotine and narcotics, can result in damaging, long-term addiction.

In this episode of Kentucky Health, host Dr. Wayne Tuckson welcomes the outreach director for Baptist Health Paducah to discuss how addiction forms in the adolescent brain and the particular dangers of opioids and electronic cigarettes.

Dr. Patrick Withrow is a retired cardiologist and currently serves as the director of outreach for Baptist Health Paducah. He is a committed spokesperson for the public health community in Kentucky, speaking at many schools and other organizations around the commonwealth about how substances such as nicotine and opioids alter brain function.

“This started several years ago after I stopped my practice in interventional cardiology,” Withrow says. “I was chief medical officer but was also interested in childhood obesity. I have a daughter who is a first-grade teacher and she dressed me up as ‘The Wizard of Health,’ and she wrote a script about childhood obesity and cigarettes and things like that, and that has evolved into going to schools at their request and talking about the Juul epidemic. [the Juul e-cigarette]

“Before, we talked about opioids and the adolescent brain, but that has morphed into the adolescent brain and Juuling and all of the other substances which have a detrimental effect on maturation and full development of the brain,” he adds. “So that’s how I got here, and I’ve been working more and more all of the time.”

The Adolescent Brain: A Vulnerable, Emotional Roller Coaster
Withrow explains how the adolescent brain matures using several slides that he shows during his speeches to students. One slide presents MRI scans of the human brain at various stages of development, from early childhood to early adulthood. The colors in the MRI scans change with each image as parts of the brain grow into maturity. Withrow says that a person actually has more neurons when they are young than when they reach adulthood – but the connections between neurons become more numerous and stronger as a person ages, helping different parts of the brain “talk to each other.”

“The last part of the maturation phase affects the prefrontal cortex,” Withrow says. “This only happens around age 25. So basically, young people are running on a reptilian brain, a reflex brain, if it feels good, do it brain, that sort of thing. They don’t consider consequences and they don’t consider good judgment practices. That’s just the way kids are.”

Withrow says that young women are less prone than young men to making impulsive, risky decisions due in part to hormonal differences. He shows three slides that describe what he terms different emotional “roller coasters” that all adolescents are riding. Withrow says that around 20 percent of young people are on a small, easy-to-ride roller coaster – these are the well-adjusted, relatively mature kids. Roughly 35 percent of teens usually stay on an even-keel roller coaster, but a traumatic event such as abuse or a death in the family could place them on the high-risk roller coaster. The remaining group – 40 to 45 percent of kids – stay on the fast, unstable roller coaster. They live in adolescent turmoil, Withrow says, and may be isolated. Their life situations make them more susceptible to drinking alcohol and/or using drugs.

These categories are not static, Withrow adds. “It’s not definite, it’s not a situation where they are destined to be a bad kid or a good kid.” Withrow believes that there are three factors that must be present in order for an adolescent to have a stable life.

First “would be a caring adult, it doesn’t have to be a parent, but there has to be at least one caring adult, and the child knows he has one caring adult,” Withrow says. “Number two: a safe place to commiserate or talk with this caring adult. And number three: something useful to do with their spare time.”

The Effects of Nicotine and Narcotics
Withrow says that parents should recognize that experimentation and exploration are part of growing up and that their children need to go through the normal stages of physical and emotional maturity. “As long as they don’t take it to an extreme,” he says. “But part of risk taking is drug taking.”

The rapidly rising rates of e-cigarette use among teens over the past two years has shaken the public health community nationwide. Alarmingly, Withrow has found that many teenagers don’t even know that nicotine is delivered through e-cigarette or “vaping” products.

Withrow holds up a giant replica of a Juul container. Juul, an e-cigarette company in San Francisco, has swiftly grown to dominate the market. One-third of the company, valued at over $30 billion, was acquired by tobacco company Altria in late 2018. The actual-size Juul container can fit in the palm of your hand, Withrow says, and is shaped like a flash drive for computer file storage, a hip design that appeals to teens. The fluid in one Juul “pod” is the equivalent of one pack of traditional cigarettes, Withrow says, adding that some teens can vape a “pod” of Juul in three to six puffs.

Withrow says that both nicotine and marijuana affect the maturation of the adolescent brain, inhibiting the connections between neurons that would otherwise normally form. “We know that heavy marijuana smokers will decrease their IQ by 6 to 10 points,” he states. “We know that the motivation of an individual – especially with an adolescent brain – when they use THC in marijuana, their motivation goes away.” Withrow says he tells his young audiences that once they reach their late twenties, the threat of adverse effects from substance use on brain development has ended. “I say, ‘Kids, you wait until you’re 30 years old, and then if you really want to try something, go ahead. But I bet you’ve got more sense by then.’”

Peer pressure is prevalent in adolescent culture, Withrow says, and can affect an individual in stages, leading to more risky behavior as a young person moves from vaping to pot smoking to experimenting with narcotics. The nationwide opioid epidemic continues to rage, and Withrow says that once a person takes an Oxycontin pill and experiences that first rush of dopamine, the craving to get that feeling again will be hard to resist, no matter a person’s age. What happens in the long run with opioids, however, is that a person’s dopamine level decreases as they become drug-tolerant.

“At the baseline, they are way below where they used to be,” Withrow explains. “They are miserable. Abstinence is agony. They feel like they have four kinds of flu, they feel awful. They fear death less than withdrawal. So then, they take the drug to try to get back to feeling normal… their life is trying to stay away from withdrawal.”

Based on his experiences speaking at schools in western Kentucky, Withrow says that he has learned how important education is in making adolescents – and their parents – aware of the elevated risks for substance abuse among young people and how it can affect brain development. Withrow believes that it is crucial for parents, teachers, and school administrators to become more cognizant of the mental health challenges young people face in a modern, technology-saturated society. He is encouraged by the introduction of mental health programs in school curricula in recent years, citing the Positive Pressure program in Paducah schools as an example. But he stresses that teaching kids about the dangers of substance use must start at an earlier age than in the past – in elementary school if not earlier.

“This is a very complex and complicated problem,” he says. “Really, drug abuse as well as bad behavior, suicide, shootings, all of these things, they’re kind of in one big basket. They have a lot of similarities.”

Planting the Seeds of Prevention in Paducah

Smoking and Heart Disease: A Pressing Health Concern in Kentucky 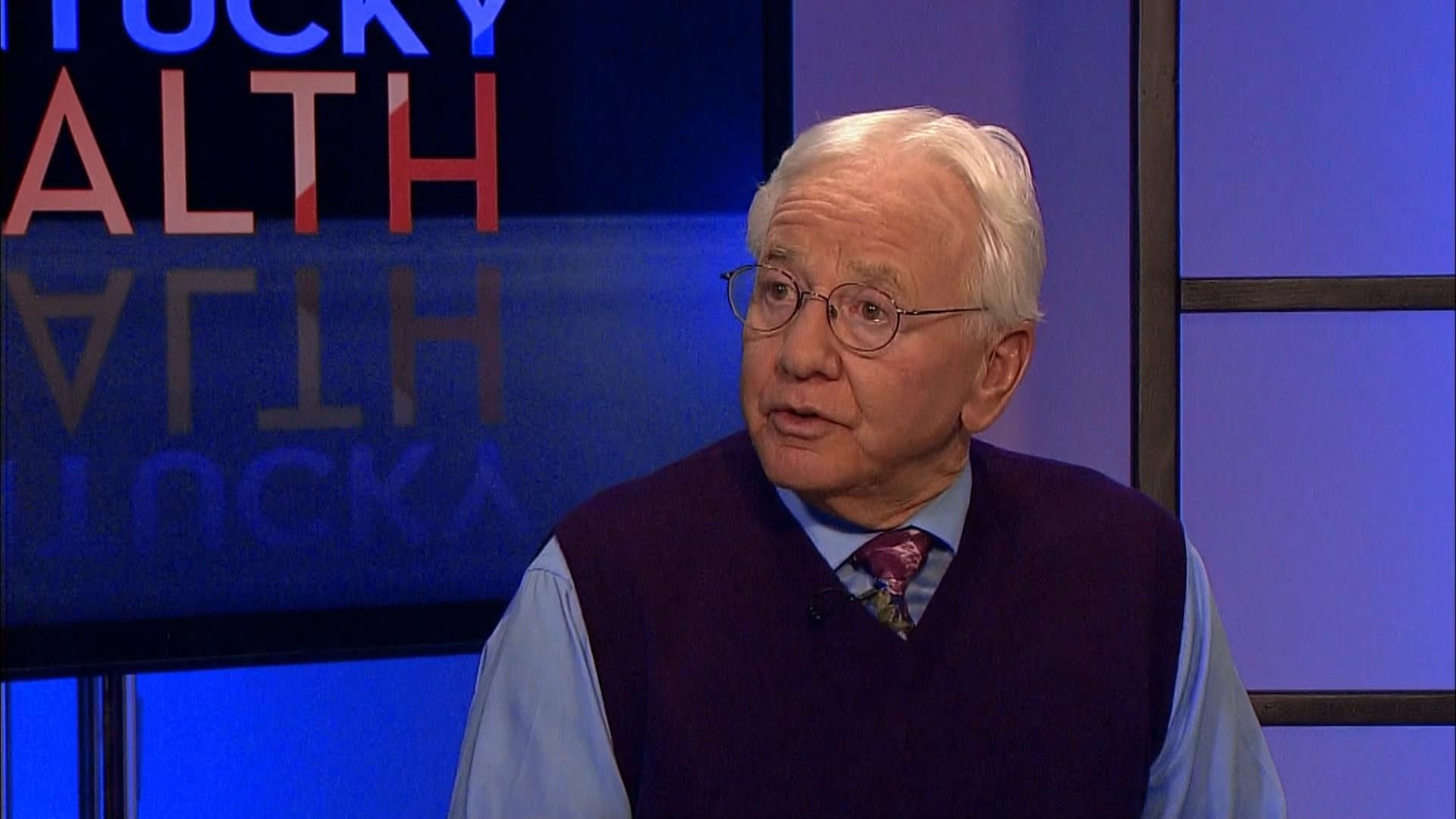