The Flu: More Than Just a Bad Cold

Each fall, getting a flu shot is recommended to bolster the body’s defense system against the influenza virus during the winter months and into spring. While getting the flu vaccine does not completely prevent against the respiratory virus, it’s far more effective than just doing nothing. Despite this, many people don’t get their flu shot, and over the past couple of years, flu season has taken a particularly harsh toll on Kentuckians.

In this episode of Kentucky Health, host Dr. Wayne Tuckson welcomes a professor of rural health at the University of Louisville to discuss how the flu is spread, its symptoms, and the importance of getting an annual flu shot.

Dr. Brent Wright, MD, is a professor, vice chair for rural health, and associate dean for rural health innovation at the U of L School of Medicine. Dr. Wright is also the president-elect of the Kentucky Medical Association.

“I think it’s easy for people to trick themselves into thinking, ‘The flu is just a bad cold,’” Wright says, but he explains that while the common cold and the flu are similar in that they are viruses, there is a big difference in the severity of outcome.

“If you look at the common cold, it often starts slowly, there are upper respiratory symptoms, you have a runny nose, you have a cough, you have congestion,” he says. “Usually, that’s going to run its course in about three to five days. If you look at the flu on the other hand, the flu is serious…. Last year, we had 80,000 individuals in this country die from the flu.”

A Highly Contagious and Serious Disease
In 2018, the Kentucky Medical Association, the Kentucky Foundation for Medical Care, and the Foundation for a Healthy Kentucky launched a public health awareness and outreach campaign called Focus on Flu. Wright presents data from that project showing that the statewide economic impact of the flu in the commonwealth is estimated to be over $352 million. He says that the economic impact for the entire United States is over $10.4 billion.

The exorbitant costs come from lost productivity at work – usually five to seven days – and hospitalizations. As mentioned above, 80,000 people died of the flu in 2018, but over 800,000 were admitted to the hospital because of the disease. For many people, Wright says, the flu is an emergency. Children and senior citizens are especially vulnerable to poor outcomes from the flu.

When a person comes to the hospital with flu-like symptoms, it’s up to the medical staff to perform triage and determine if there’s a high risk for complications such as sepsis and pneumonia. Individuals with co-morbid medical conditions such as kidney disease, neurological disease, upper respiratory disease such as asthma, and other chronic illnesses are more susceptible to severe consequences, Wright says.

Folks in their twenties, thirties and forties who have symptoms but have had their flu shot usually don’t need to go to the emergency room, but many still feel sick enough to go. The symptoms of the flu – headache, fatigue, muscle ache, and so on – are very debilitating. “You really feel like something extremely serious is going on,” Wright says. “This is beyond the upper respiratory symptoms and the sinus congestion of a cold. You feel like you have a serious illness – and you do.”

When examining a person who comes in with flu-like symptoms, the first thing a physician should do is get a good history of the symptoms as they developed. How long has the patient felt sick? Have they been around other people with symptoms? Wright says this good detective work gives an understanding of time.

The flu “is designed brilliantly to spread,” Wright says. It can be spread through human contact and through contact with surfaces that a person with flu has touched, such as a doorknob or countertop.  And, it can be aerosolized, Wright adds, via sneezing and coughing so others are exposed through the atmosphere.

Wright says that during flu season, people should be more cautious about touching areas of their face, about shaking hands (he recommends fist bumps), and about touching surfaces in high-traffic areas, especially counters at the doctor’s office or drug store.

Dispelling Myths About the Flu Shot
The flu is not a single virus, but a spectrum of viruses, Wright explains. The types Flu A and Flu B are contained in the annual flu immunization shot in “dead virus” (inactivated) form. He says that human-to-human transmitted flu, the B kind, is not as serious as Flu A, which mutates between animals.

“Those mutations are what makes it necessary to get the flu shot each year,” he says. “It would be wonderful if we could say, ‘the flu is the flu,’ and we could get one shot, and we have immunity to the flu that’s ongoing, but we have to do it every year, because the flu is designed as such a great virus to spread that it mutates, that it shows a different picture.”

Getting a flu shot reduces the risk of catching the flu by 40 to 60 percent, Wright says, but only 38 percent of Kentucky adults and 43 percent of children get an annual flu shot. These numbers are unacceptable from a public health standpoint and are what the Focus on Flu campaign aims to change. To do this, Wright and his colleagues are focused on setting the record straight about what a flu shot actually does and how it protects against the disease.

“I think there’s a lot of mythology around the flu,” Wright says. “A lot of times when you go into the room and talk to someone about getting their flu shot, they’ll give you a lot of different answers. They’ll say, ‘I never get the flu,’ or ‘I got the flu shot one time, and it gave me the flu,’ or ‘It’s just a bad cold.’ … People have a lot of what I would say are misconceptions about what the flu shot is, and that’s why I’m here, hopefully to dispel some of those and talk about how important it is.”

First, Wright says that the flu shot does not give a person the flu. They may feel different, but that means the vaccine is doing what it is intended to do: build up the body’s defense system. The flu shot’s there to get your body ready to fight the flu when it’s exposed to the flu virus, he adds.

Wright acknowledges that even if a person gets vaccinated, they still may get the flu. Sometimes, the formulated vaccine does not match the actual strain of the virus, since the virus constantly is changing.

“When you think about the Centers for Disease Control, you think about these teams of expert scientists who are taking strains from around the world, and take these hundreds of strains that they’re finding, and then putting those three to four strains in a virus to protect the population,” Wright says. “You’re dealing with percentages, you’re playing the odds, and they do an excellent job of making sure that they protect the public. But sometimes the virus mutates ahead of what the production is for the flu shot.”

Wright says that a person can get vaccinated with a shot or by using a nasal spray – both are equally effective. And for most people, the cost of a flu shot is covered through their insurance, Medicare, or Medicaid.

The best time to get a flu shot is in September, or October at the latest, Wright says. Flu season lasts through May. Nowadays, administering flu vaccinations is a quality metric for physicians, Wright notes. If they don’t give a patient a shot, they need to be very clear in their documentation that the patient refused one.

If a person gets the flu and it is a non-emergency situation, the first thing they should do is call their family doctor. They can take over-the-counter medications such as anti-inflammatory drugs to alleviate symptoms, but those do not attack the virus.

“We’ve got numerous flu medicines that we can apply for patients,” Wright says. “They’re tolerated well. They do have side effects. However, within the two days of getting symptoms and feeling like you have the flu, we need to start you on that medication. Really, after the two-day mark, the flu virus has started replicating, it’s taking effect. You’re not going to see much benefits in time reduction or severity reduction if you wait after that 48-hour window.” 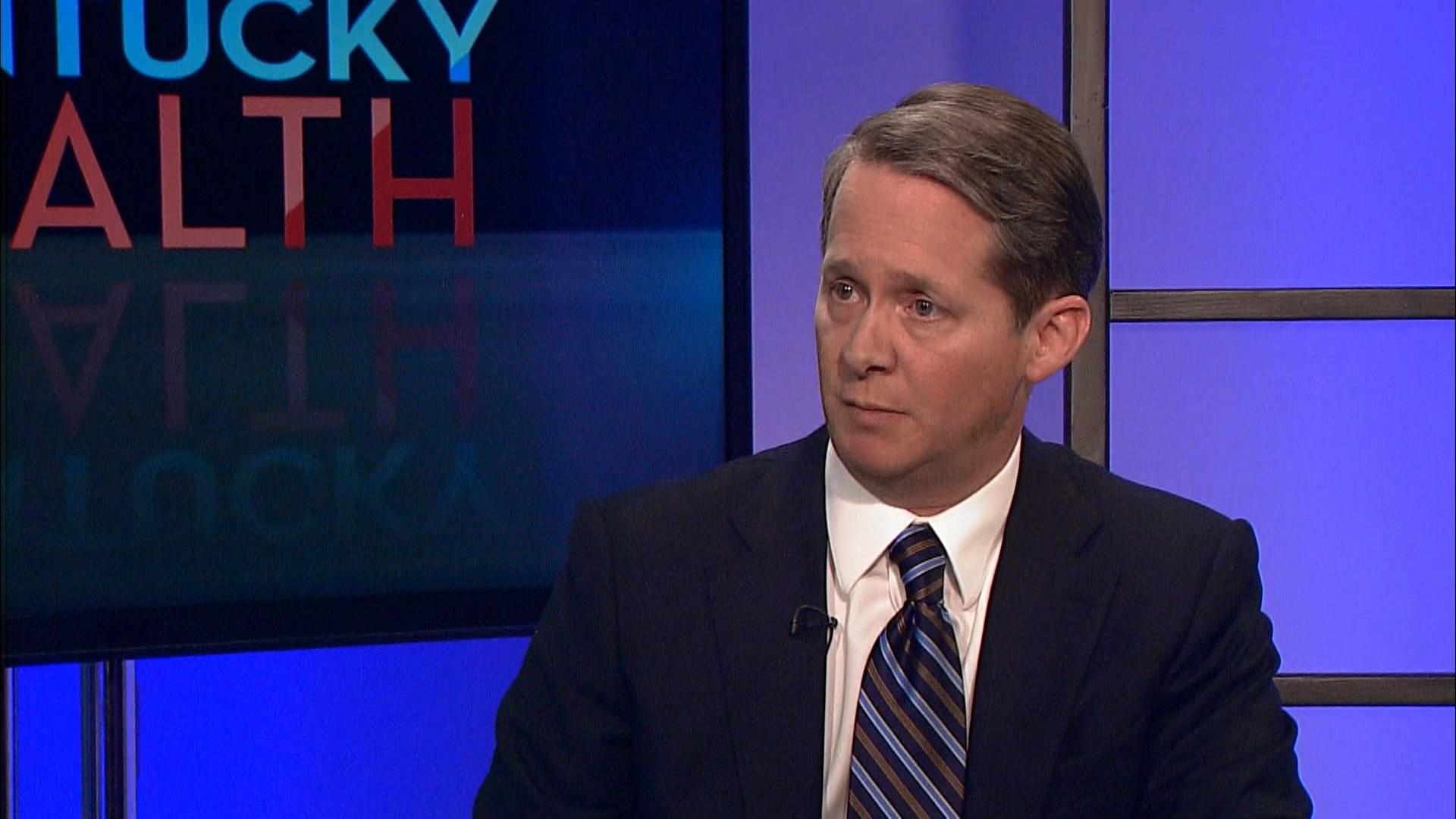