Dr. Tuckson speaks with psychologist Stephen Kniffley, PsyD, about the physical and psychological impact of race-based trauma including micro-aggressions and the importance of treatment that affirms one’s racial identity.
Season 16 Episode 9 Length 28:17 Premiere: 12/13/20

Below are takeaways from an episode of Kentucky Health examining how racism can create trauma and toxic stress in individuals and communities. Host Dr. Wayne Tuckson welcomed Dr. Stephen Kniffley, PsyD., an assistant professor and the associate director of the Center for Behavioral Health at Spalding University in Louisville.

“There’s been a lot of research to show that the experiences of race-related stress have all types of negative health impacts,” Kniffley says. These can include a decrease in immune system effectiveness, heart rate issues, hypertension, and migraine headaches. The effects are so widespread and cumulative that Kniffley says “racism will effectively take years off of your life.”

“Racial trauma is this unique form of trauma that is based on one’s racial background that exacerbates this experience of race-related stress and then impacts an individual from a psychological standpoint, from a physical health standpoint, and also from a relational standpoint,” Kniffley says. The physical manifestations of racial trauma are based on a history of racial discrimination that can affect biological response. For example, individuals may be hypervigilant in anticipation of encountering racist treatment or have intrusive thoughts about the experiences they have had or expect to have.

Another physical challenge is called alexithymia. Kniffley says alexithymia refers to the difficulty a person faces when he or she tries to verbally express their emotional experience after having been discriminated against.

In addition to the physical manifestations, people experiencing racial trauma also may have myriad psychological challenges. They include hyperactivity, poor concentration, depression, anxiety, and relational issues such as irritability and self-isolation.

According to research cited by Kniffley, 96% of Black people report a daily occurrence of racism, and this constant accumulation of events and encounters contributes to chronicity, making the trauma even worse.

Some people may be skeptical as to whether racism still exists and contributes to chronic trauma among persons of color. Kniffley says that ongoing research into brain imaging has revealed that test subjects do harbor prejudicial beliefs against Black people, and Black males in particular. He says that fMRI (functional magnetic resonance imaging) tests have shown that the amygdala – a part of the brain that processes emotional responses – fires up in white subjects when they are presented with images of Black males, indicating a fear response. Moreover, Kniffley says that studies have also found that the messaging in media that reinforces the idea that Black men are dangerous leads to internalized racism within the Black community as well.

America’s racist treatment of persons people of color throughout its history is evident by examining discriminatory practices in housing, criminal justice, education, and other areas, Kniffley says, and many of these practices were sanctioned by law prior to the Civil Rights Act of 1964. Since race-related stress and trauma has a systemic cause, Kniffley argues that it should be addressed in a systemic manner, including through public health measures.

“Because we had a Black president, and because at least for some time people assumed that we were living in a post-racial society, they assumed that there was no need to have any more conversations around race,” Kniffley says. But despite President Barack Obama’s achievements, the underlying problems of racism in society continue, he argues, and the events of 2020 – where several Black people were killed or injured in police incidents – only underscore the urgent need to address racial inequality.

Kniffley says that social psychologists have devised a framework for discussing race that can help white people and people of color engage in productive dialogue that works toward reducing racial bias. This is called the social contact hypothesis, he explains, and for it to work the dialogue partners have to meet on an equal playing field and agree on a common goal. White people are crucial to the discussion, Kniffley says, but they are responsible for self-educating on race and coming to the table as allies and advocates rather than as implacable opponents.

“Black people didn’t create the system of racism – white people did,” he says. “And so because of that, we need white allies and advocates to step up and be a part of that dismantling of that system… The way that looks is having meaningful conversations with other white individuals about what you’re experiencing or what you’re witnessing in front of persons of color as well as serving as a buffer when individuals experience racism.”

A crucial part of whites’ self-education comes in recognizing and understanding America’s racist history, Kniffley says; no productive conversation about current racial problems can occur without it.

“I think a lot of times people just assume that racism was here, and then racism went away,” he says. “Without realizing that it’s only been in the last 60 years of the last 500 years or so that individuals had even a semblance of equality.”

The topic of reparations has been debated over the past several years as a way to redress the effects of systemic racism through centuries. Kniffley supports establishing a structure to provide reparations to Blacks in the U.S., but believes it should go beyond just a monetary payout and address deeply rooted inequalities in education, housing, banking and finance, criminal justice, health care, and other areas.

To help treat individuals that are suffering from racial trauma, Kniffley says there are three aspects of any therapy or counseling program that must be followed. First, the counselor should re-affirm the person’s racial identity, and help them find out what being a person of color means to them outside of society’s restrictions. Second, they should give the person space to process and identify their racial trauma, including trauma that is passed down through generations. Third, they should equip the individual with a skill set to build racial literacy and to conduct micro-interventions whenever a racial microagression occurs.

“What we know in the literature is that if an individual feels good about their racial background, and they feel affirmed in being flexible in how that background is expressed for them, then they’re less likely to be impacted negatively by the experience of race-based stress and trauma,” Kniffley says.

Spalding University has one of the few racial trauma clinics in the country, Kniffley says. The Collective Care Center at Spalding provides free services to people who have experienced race-based stress and trauma, offering individual therapy as well as group and family therapy, starting with young children. “Research is clear saying that you usually experience memorable racism and discrimination around the ages of four and five,” he says. “So we have to work with folks as young as that because they are already struggling.”

Balancing quality and the quantity of life is an important part of caring for seniors with progressive chronic diseases. Bonnie Lazor, M.D., medical director at Nazareth Home in Louisville, talks about their new program HELD - Helping Embrace Life Decisions and other senior care issues. 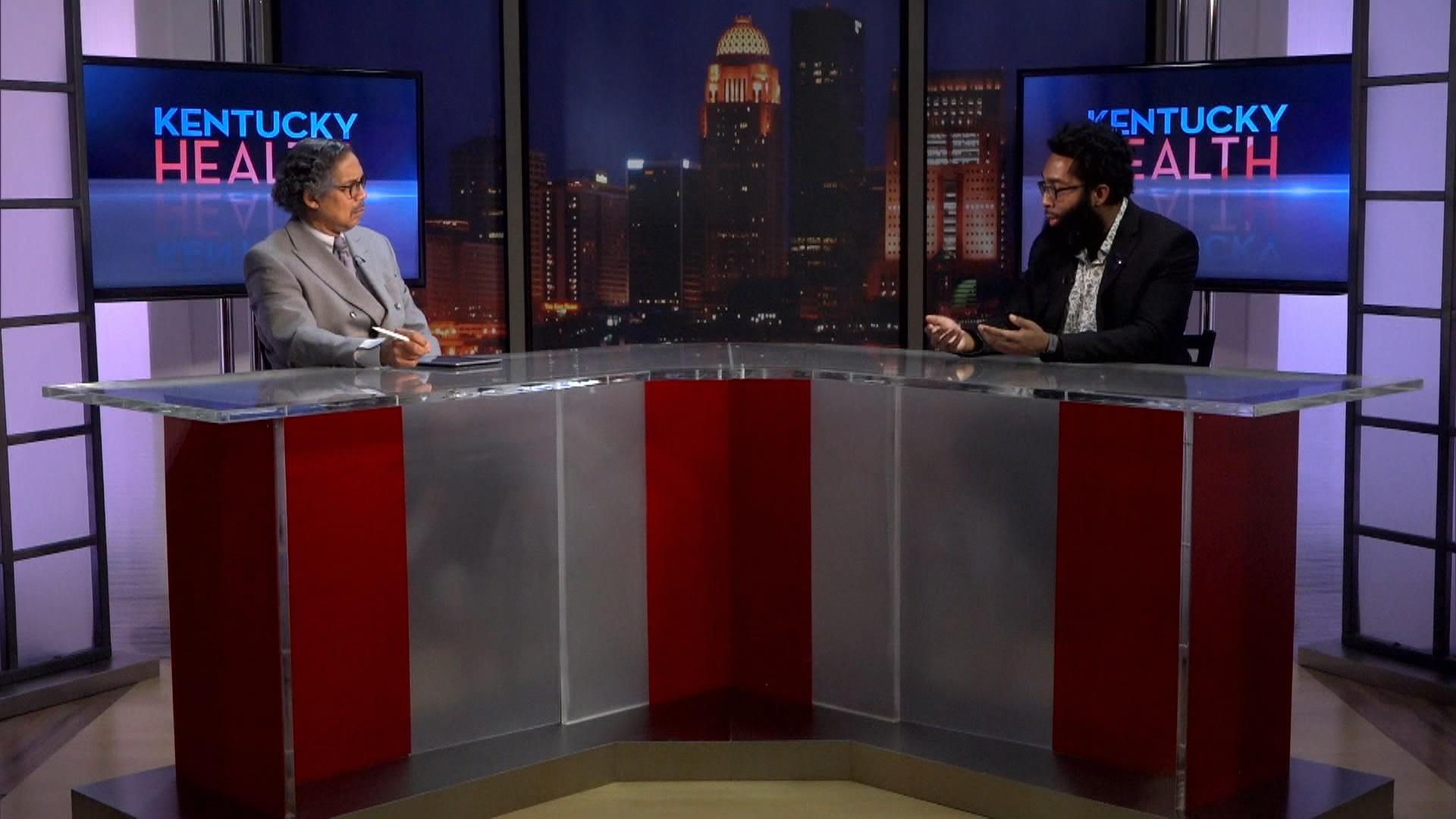