Thyroid Disease: We Know It’s Important, But Why?

The thyroid gland located in the front of our neck is crucial in regulating metabolism, but exactly how this butterfly-shaped gland works is something that most of us don’t think much about – until it stops working properly. Then a multitude of complications can occur, ranging from fatigue and weight gain when the thyroid is not producing enough hormones to palpitations and nervousness when it is producing too much.

In this episode of Kentucky Health, host Dr. Wayne Tuckson welcomes a Louisville-based endocrinologist to learn more about the thyroid gland and how it affects overall health.

Dr. Emily Veeneman is an endocrinologist with Norton Healthcare in Louisville. She is a specialist in endocrinology, diabetes, and metabolism.

The thyroid gland is “one of the master glands in our body, and it really controls a lot of different things,” Veeneman says. “Until it goes too high or too low, you really don’t understand what your thyroid is doing for you.”

The best way to measure how well the thyroid is working is by measuring what is called Thyroid Stimulating Hormone or TSH, Veeneman says. Despite its name, this hormone is actually produced by the pituitary gland rather than the thyroid gland, and directs the thyroid gland to generate T4 and T3. If a person’s TSH levels are too high on a blood test, that means that the T4 and T3 hormones are too low and TSH production has increased in order to signal the thyroid to produce more. If the TSH levels are too low, that indicates that T4 and T3 production is too high.

As mentioned earlier, the thyroid produces hormones that are essential in maintaining metabolism. It affects our weight, regular bowel movements, and body temperature. Veeneman says that if thyroid hormone production is too low (hypothyroidism), the main symptoms are fatigue, weight gain, and heightened sensitivity to cold. If thyroid production is too high (hyperthyroidism), symptoms occur such as tachycardia or rapid heart rate, nervousness, palpitations, and, in women, osteoporosis or bone thinning.

“When we talk about fatigue, constipation, feeling cold, dry skin, hair loss, I always tell people that those are very non-specific symptoms, so the thyroid is going to be high on that list,” Veeneman says. “But we have to make sure that if the thyroid is not the problem that we look for other things like Vitamin D deficiency, anemia, iron deficiency, there can be a lot of other things.”

Veeneman says that thyroid problems occur roughly seven times more often in women than in men, and that she always screens her diabetic patients for thyroid problems as they can make symptoms such as high blood pressure, high cholesterol, and high blood sugar worse.

Veeneman recommends getting a TSH test if a patient has any of the above symptoms in order to rule out the thyroid as a cause. “We tell people, it’s an easy test, it’s not a very expensive test for a primary care to screen by drawing a TSH,” she says says. “And it’s very accurate.”

One of the main causes of an enlarged thyroid gland is iodine deficiency. Veeneman explains that “iodine is one of the main ingredients” in thyroid hormone. “I tell patients that thyroid wants to take up iodine, it’s a main factor… It’s like if you’re baking a cake, it’s almost like the flour that you have to have to rise in the cake and make it work.”

“It’s an autoimmune type of disorder,” Veeneman says. “What’s happening is people’s bodies are making protein against their thyroid.” This protein is a blocking antibody that impedes normal thyroid function – leading to hypothyroidism and possibly a goiter.

Graves’ disease causes hyperthyroidism – too much thyroid hormone production – and occurs when the body’s immune system produces antibodies that mimic TSH and thus cause the thyroid gland to go into overdrive. A symptom of Graves’ disease is bulging eyes, Veeneman says. Often times, patients will come in for an exam and test after noticing this change, or after a relative or friend says something about it.

A thyroid can also have small bumps or nodules rather than a large, diffusely shaped goiter, Veeneman says. “Often times you can feel a definitive bump, or a knot on the thyroid. And in men, this often gets picked up if they’re shaving or if they’re tying a necktie. Something feels different for them.”

Back when Veeneman was finishing her residency in the mid-2000s, the American Thyroid Association recommended that any nodule growing on the thyroid gland that measured greater than a centimeter should be biopsied. But now, the guidelines have changed, Veeneman says, and lie within the range of 1.2 to 1.4 centimeters. “The larger a nodule is, the potential chance that it has cancer increases,” she says. “But I also tell people that only 10 to 15 percent of nodules are cancerous.”

Having a biopsy is safe and done on an outpatient basis, Veeneman says. The neck is numbed, a needle is inserted, and cells are extracted. Nodules can be present on normal thyroids, hyperactive thyroids, and underactive thyroids – “hot nodules” can lead to more thyroid hormone production, and “cold” ones can lead to less. She says that having an ultrasound is the best test for examining the thyroid gland rather than a MRI or CAT scan.

Veeneman says that there is a hereditary risk for thyroid cancer and that excessive exposure to radiation also increases risk. There are two main types of thyroid cancer – papillary and follicular – and they are very treatable.

“Usually people have surgery and have their thyroid taken out,” Veeneman says. “Often times, they choose to have iodine afterwards for treatment. And then, if they take their thyroid supplement for replacement, I always tell patients that you should feel just as well as somebody that has their whole thyroid intact.”

Overall, thyroid replacement medicine is very effective for treating patients, whether they have hyperthyroidism or hypothyroidism. The replacement medicine needs to be monitored closely, but Veeneman says that ultimately, the body just requires normal T4 and T3 hormone levels and it does not matter whether the hormones come from the gland or from a pill.

But Veeneman also cautions that a lot of people read about thyroid replacement medicine on the Internet and may think that they can take the medicine just to get an energy boost or lose weight. 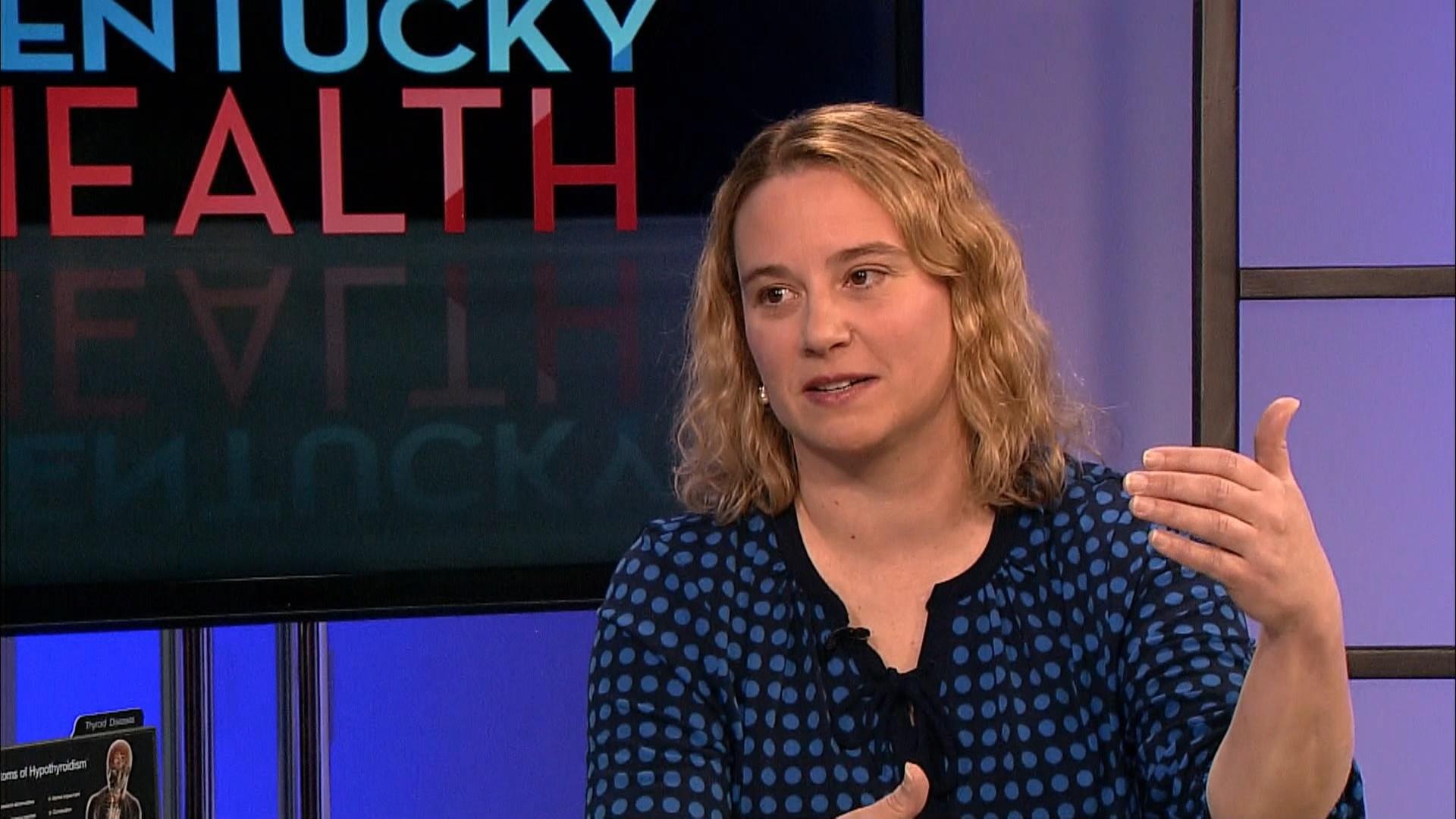