Kentucky’s tobacco use rates have declined over the past couple of decades, but they remain stubbornly high compared with other states in the U.S. Most people begin smoking cigarettes during their adolescence, and once the addictive qualities of nicotine kick in, it can be a very hard habit to break. However, in recent years more drugs have come on the market that help people curb their cravings for nicotine. And counseling groups have proven to be very effective in combination with these drugs to help smokers quit, providing necessary structure and support.

Kerri Verden oversees the Kentucky Tobacco Prevention and Cessation Program at the state’s Department of Public Health. Priscilla Ewing is a former smoker who is now a tobacco cessation coach at Portland Family Health Center in Louisville.

Ewing says that her experiences as a longtime smoker help her as a counselor. Showing current smokers that a person can indeed quit – and stay smoke-free – is a big inspiration. “It’s a good way to give back,” she says. “You know that you’re in a fight that’s worth fighting for. It’s like a brand new world.”

Three Personal Stories
Steve Hendrix started his smoking habit at age 15 and continued to smoke through his tenure in the U.S. Marine Corps in the mid-1980s. “Any time we weren’t in formation, if you got to take a break, it was always, ‘Smoke ‘em if you got ‘em,’” he says.

Hendrix smoked well into his adult years, even as health problems arose. After several attempts to quit, he attended a Freedom From Smoking course on the advice of his father. The course’s format – sharing stories, using a workbook with a log and cessation exercises – turned out to be just what Hendrix needed to quit smoking for good.

Doug Lindsey began smoking when he was in college, and cigarettes soon became daily companions in his life.

After years of smoking, the Bourbon Co. resident finally receive a wake-up call during a visit to the dentist. He had severe gingivitis that required dental implants, and after his procedure his hygienist gave him a flyer advertising a smoking cessation course run by the local public health department. Lindsey decided to attend, and he kept going. The information and support he received during the course were invaluable in helping him finally end his decades-long habit.

Now, Lindsey relies on chewing gum to help him with cravings, but he’s turned the corner and his health has improved greatly. “I did not anticipate that I would be enjoying the many benefits of being a non-smoker at this point in time, two years later,” he says.

Priscilla Ewing started smoking as a teenager. Influenced by her parents, who both smoked, Ewing was accustomed to cigarettes always being around, and smoking became part of her daily life well into adulthood.

She developed a chronic cough, but that wasn’t enough to deter her from increasing her habit to two packs a day. “As I continued to smoke, the cough got terrible,” she says. “For me to speak a full sentence, it was almost impossible.”

One day, Ewing’s cough got so bad that her husband had a heart-to-heart talk with her and convinced her that it was time for both of them to quit smoking – together.

Ewing and her husband attended a smoking cessation course at the Family Health Center in Louisville’s Portland neighborhood. The Cooper-Clayton Method presented by the two doctors at the center educated Ewing and her husband about smoking’s harmful effects, helping them to make a major life change for the better.

“I quit smoking 14 years ago,” Ewing says. “That was the turning point in my adult life. I began to live instead of die. I began to embrace instead of pull away. When smoke clears away, clarity follows.”

Medication and Cessation Courses – a Winning Combination
Reflecting on her video testimonial, Ewing re-emphasizes how important her husband was in helping her quit smoking. “Us stopping at the same time, it was an easier journey, and my husband took the time to put the patch so I couldn’t reach it and take it off.”

Ewing says that in addition to the numerous improvements in health – such as being able to breathe deeply, to taste and smell again, and eating better – she and her husband have bought a car and taken several trips with the money they used to spend on cigarettes.

Verden says that using a combination of nicotine replacement therapy products such as patches, lozenges, and/or gum, along with a prescription medication such as Chantix or Wellbutrin, is the most effective method of tobacco cessation. But they work even better with personal counseling and therapy, she adds. This can occur on a one-to-one basis, in groups, or through a telephone service like Kentucky’s quitline at 1-800-QUIT-NOW.

Many smokers finally get serious about quitting when they reach middle age and the health costs of using tobacco start to take their toll, Verden says. Often, a person will quit smoking while in the hospital for treatment of a condition that may have been caused by the habit to begin with, only to resume once back at home without the support system of health workers.

“That’s what Freedom From Smoking offers,” she says. “They usually ask you to buddy up with someone in the class. It’s a supportive environment, your facilitator is there for you, it’s encouraging – you are sharing your barriers, you are sharing your successes. It’s really important that you have that counseling.”

For many smokers, the cost of nicotine replacement therapy products can seem forbidding. But Verden says that “in Kentucky, we’re the only state that provides coverage, without deductibles and co-pays, at no cost to nearly all Kentuckians.”

In addition, Verden says that Kentucky’s quitline service offers four weeks of free nicotine replacement therapy at no charge to the uninsured and those on Medicare, the two main groups that do not receive insurance coverage for these products.

Ewing credits the Cooper-Clayton Method courses with helping her to permanently quit, but says that she now works as a coach using the Freedom From Smoking method in Portland. Freedom From Smoking is an evidence-based, comprehensive approach that identifies triggers which induce people to smoke and also educates smokers about the myriad negative health effects of nicotine and tobacco’s many chemicals on the body.

“If people complete the class, and use the nicotine replacement therapy, along with Chantix or Wellbutrin or something along that line, looking at a year afterwards, they have about a 60 percent quit rate, which is fabulous,” Verden says. “If someone tries without that assistance, they try cold turkey, a year out the success rate is very, very low.”

Smokers try to quit 11 times on average before succeeding, Verden adds. Ewing and her husband tried to quit cold turkey but did not succeed, before making the financial commitment to buy nicotine replacement patches and also budgeting the time to attend cessation classes. Now, Ewing’s on the other side of the smoking divide, enjoying improved health and quality of life, and with a mission to pay it forward.

“There are a lot of people in the city who come up to me and say, ‘You were my facilitator, and thank you because I am still a non-smoker,” Ewing says. “That’s very rewarding to me, and you want to hug them and say, ‘Keep up the good work, and share it with someone else.’”

How I Quit Smoking – Steve Hendrix

How I Quit Smoking – Doug Lindsey

Priscilla Ewing: How I Quit Smoking

How I Quit Smoking – Brad Wheeler 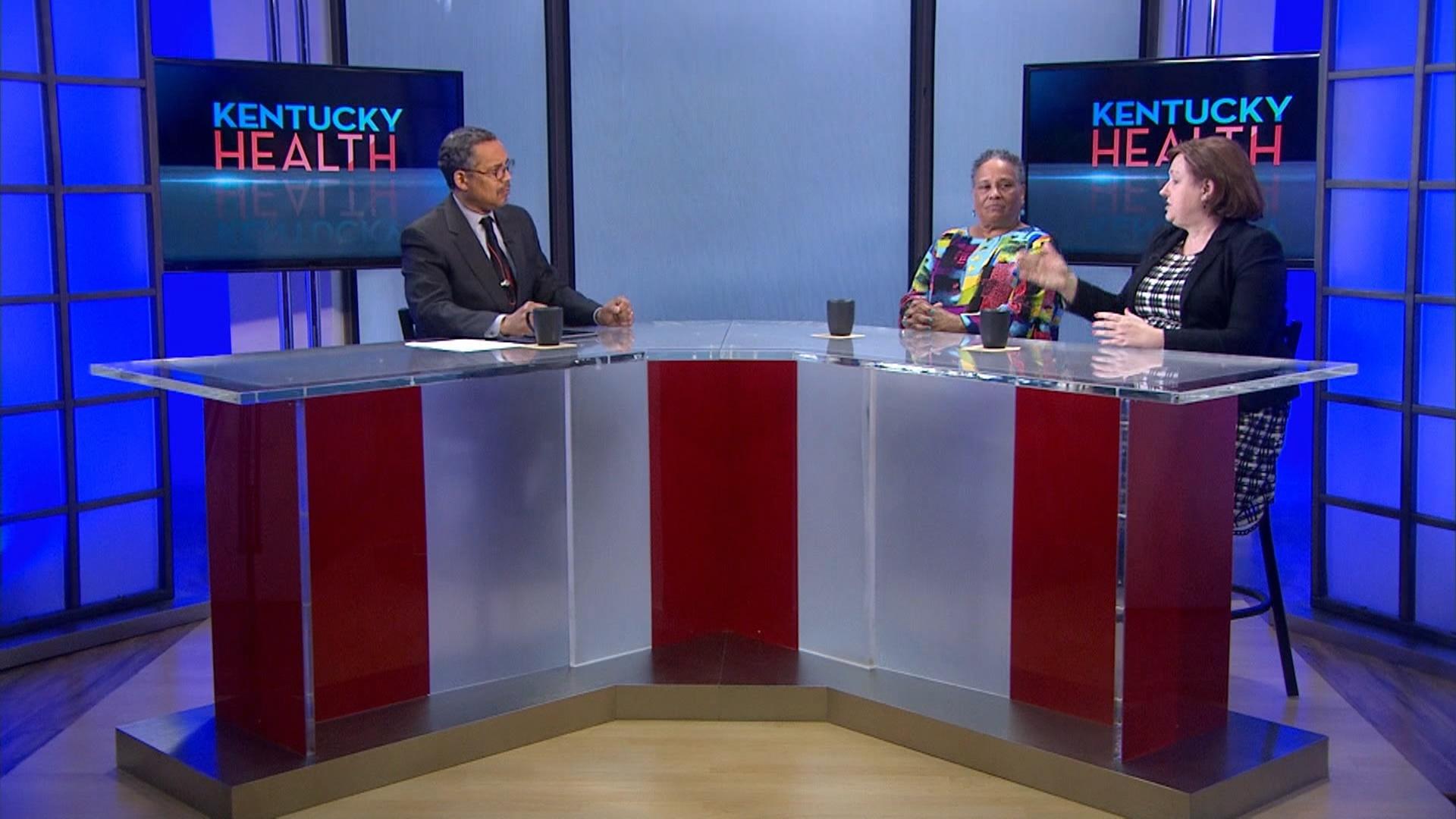