The Impact of Adverse Childhood Experiences on Health

The importance of mental health has become prominent in the national discussion about overall health care in recent years, as depression, trauma, toxic stress, and anxiety are being diagnosed more often among young people. These conditions, if they are not treated, can lead to poor self-esteem, dysfunctional behavior, increased risk of diseases, and a host of other issues that last into adulthood.

In this episode of Kentucky Health, host Dr. Wayne Tuckson welcomes a psychologist and executive with two Louisville nonprofit service organizations to discuss the long-term impact of adverse childhood experiences on health, and how they can be prevented.

David Finke, Ph.D., is a psychologist and vice-president of residential services at Uspiritus, a nonprofit that serves children’s facilities and families in Kentucky by providing residential services including mental and behavioral health counseling. Finke is also the co-chair of the Bounce Coalition in Louisville. He has over 20 years experience working with victims of trauma.

Dr. Finke says that Uspiritus provides residential psychiatric treatment for some children, and others are there due to past histories of abuse, trauma, or other adverse experiences that do not allow them to live at home. The staff at Uspiritus work with these kids to help them with their problems, and also attempt to secure adoption or foster care for them. Finke adds that Uspiritus is in the process of merging with Centerstone Kentucky, a nonprofit that provides a wide range of community-based services to persons struggling with mental health and/or substance abuse issues.

The Bounce Coalition consists of multiple agencies, both private and public, and was formed six years ago through a grant from the Foundation for a Healthy Kentucky. The original mandate of the grant required each organization to find one area within the community that they wanted to address in order to improve the lives of young people. Leaders of the Bounce Coalition concluded that many of the negative health indicators in the Derby City were related in one way or another to trauma, so they chose to address that.

Adverse Childhood Experiences – What Are They?
“Trauma as a general term means a threat to one’s safety or well being,” Finke says. Finke and his colleagues at the Bounce Coalition looked to a landmark study as their guide to defining specific areas of trauma that they would marshal their resources to address: the Adverse Childhood Experiences Study, originally conducted in the mid-1990s and since updated by the Centers for Disease Control and Kaiser Permanente.

Finke adds that the Adverse Childhood Experiences Study shows that children who have such experiences – ACEs, for short – not only are more likely to struggle with depression or have suicidal ideation as adults, they also have a greater chance of developing physical health problems such as heart disease and pulmonary disease as well.

“To me, one of the most alarming statistics is that an individual who has six or more ACEs as a youth, has a life expectancy that is 20 years less than an individual with no ACEs,” he says.

Trauma can change how individuals feel about themselves and who they are, Finke says. “It can change memory, it can change cognitive abilities, it can change their emotional ability, how they present themselves, all of those things. But it has the potential to impact everybody differently, depending on how they perceive the trauma, what their level of support is, whether they have a key to building resiliency, and whether they have a significant person in their life that they can talk to. So there are a number of factors that can change how that trauma presents in an individual.”

Finke points out an important aspect of the CDC/Kaiser study: the cohort in the original study were all adults who were employed and on health insurance. This study group of adults largely came from childhood backgrounds with stable financial resources, but still were affected by ACEs. Finke says that the conclusions of the original study about the negative and lasting impact of ACEs can be extrapolated and intensified when assessing children from low-income urban or rural backgrounds. He says that a more recent study conducted in Philadelphia arrived at the same conclusion: ACEs are more prevalent, and thus lead to even worse health outcomes for kids who grow up in poverty.

Kentucky’s adult population has a higher average number of ACEs than the national average, Finke says. He adds that studies show 65 percent of individuals nationally had at least one ACE during youth.

Training Educators and Advocates to Help Youth Succeed
While Uspiritus’ focus is on the individual children who receive residential services at their facilities, Finke says that the Bounce Coalition works on a broader scale, consulting like-minded organizations that serve at-risk youth. “We work with providers of care for those kids – teachers, residential settings, health care organizations – to create education and training of the staff so they can do a better job of intervening with the kids,” he says.

Through training, the Bounce Coalition stresses building resiliency, for youth first, but also for the families, schools, and agencies that serve them. They use a “universal precaution” approach, establishing guiding principles that can be applied to treat the entire spectrum of ACEs, since they all share common traumatic effects.

These principles “support each individual’s weaknesses, but speak to their strengths,” Finke says. They include giving the young person a voice in his or her own recovery, instilling respect and a positive regard for others, and setting high expectations and consistent rules.

“Those are some of the features that help build resiliency,” Finke says, “because they allow individuals to then feel a sense of control, feel that they have a say in what happens in their future – and they might not always like the choices that they have, but they have some choice in what they do.”

Working with schools is an important part of the Bounce Coalition’s overall mission. Finke says that children who have multiple ACEs are two to three more times more likely to have behavioral problems and learning problems at school. The coalition’s goal is to help teachers become healers as well as educators. “If we don’t heal the kids that we work with, then we can’t educate them,” Finke says.

Dr. Finke acknowledges that there is a lack of resources devoted to at-risk youth in Kentucky. Ideally, he’d use more resources to provide individualized care to each kid who has suffered from adverse childhood experiences. He says that most of the young people living on Uspiritus’ campus have eight ACEs or more. Investing in those children while they are still young, and helping them overcome trauma, will result in immeasurable improvement in their lives over the long term.

“I talked earlier about what happens with an individual who has six ACEs or more,” Finke says. “These are some of our most difficult and lost youth in the state. And we need to provide for them and support them, and help change the trajectory that they’re on.” 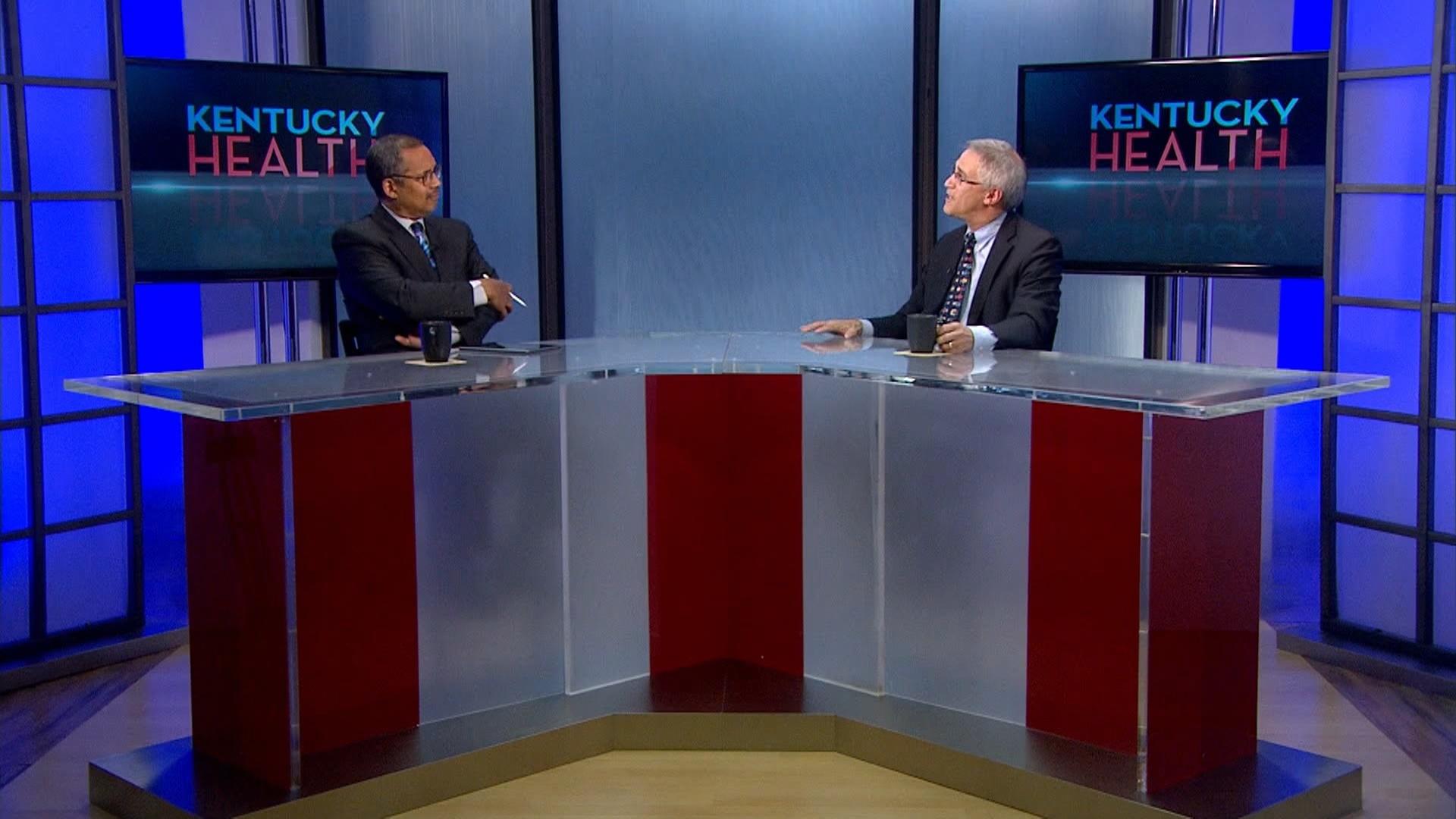