Strategies for the Treatment of Drug Addiction

The spread of drug addiction gripping the nation shows no signs of slowing. According to a recent report in the New York Times, there were over 60,000 drug overdose deaths in the United States in 2016, and drug overdose is the leading cause of death of people under age 50.

The epidemic, and particularly the spike in opioid addiction, is a public health crisis of unprecedented magnitude. As leading health experts address the problem, they are revising their methods of providing pain relief for patients and also finding out what works best for helping those addicted to opioids manage their addiction and, in some cases, eventually overcome it.

In this episode of Kentucky Health, Dr. Wayne Tuckson speaks with a leading national expert on addiction medicine to learn more about the scope of the current epidemic and about the best methods for treating patients.

Kelly Clark, MD, MBA, is the president of the American Society of Addiction Medicine and is chief medical officer of CleanSlate Centers, a multi-state medical group treating over 6,000 patients addicted to opioids. She is board certified in both addiction medicine and psychiatry.

Clark says that the Centers for Disease Control labels the current rise in addiction and drug overdoses as an epidemic, “and they don’t use that term lightly.” She notes that there are more overdose deaths currently than there were at the height of the AIDS epidemic.

“This is just an enormous problem for us, in medical terms, in terms of our criminal justice population, in terms of our child and family services, and our workforce,” she says. “We’ve got a big problem right now.”

Addiction: A Chronic Brain Disease
Clark reflects on how the opioid epidemic began, which occurred largely in rural communities. Many counties in eastern Kentucky were the first to be affected. There were several contributing factors to the epidemic’s rise, Clark says, including a misconception within the medical community that prescription opioids were not addictive, and a lack of access to health care for many people in remote areas.

Without access to health care, “when people in eastern Kentucky needed to get down into the mines, even though they had hurt their backs, they took one of their brother’s opioids, they took their grandmother’s opioids, because they needed to get out there and get to work and feed their families,” Clark says. “We had really a perfect storm here, where our brains were never meant to take these kinds of medications, and before we knew what was really happening to us it had overwhelmed our communities.”

Using opioids causes the body to become dependent on their effects, with diminishing returns, Clark says. When a person stops using opioids, he or she will have severe flu-like symptoms during withdrawal – vomiting, nausea, sweating, chills, diarrhea, and so on. “And they can stop that in an hour if they just take a pain pill, or heroin, or fentanyl. So we have a lot of people whose lives really revolve around how they can get their next opioid.”

Chronic opioid use significantly alters brain function, Clark says. Outsiders may view addicts as lacking will power or having a moral failing, but the situation is far more complex. “Brain diseases scare us,” Clark says, “and we like to think of all behavior is volitional, but a lot of our behavior happens in the brain, and we can look and see now, through brain scanning and imaging, how there are changes that happen in the brain when we bombard it with these kinds of opiates. And we haven’t seen the brain go all the way back to normal even when people stop.”

Clark says that there is a strong genetic component with addiction, around 50 percent. The other risk factors for addiction are environmental and largely related to a person’s upbringing and family situation. Physical abuse, neglect, dead or missing parents – all of these can contribute to drug addiction. Therefore, Clark explains that one of the main goals of physicians and social workers in trying to prevent young people from taking drugs is to “treat their parents. Because a stable family life addresses several of the risk factors that lead to addiction.”

The Effectiveness of Medication-Assisted Treatment
There is an ongoing debate within the health care sector and especially among government policy makers about the best way to treat drug addiction, and in particular opioid addiction that also causes physical dependence. Counseling, cognitive therapy, and faith-based groups each have support from various constituencies. However, Clark says that within the addiction medicine professional community, a consensus has formed around medication-assisted treatment as the most effective method for treating addiction.

“The thing that we know works best for opioid addiction really, is for people to be on ongoing medications,” Clark says, “just to manage their brains with medications over time.” For many patients, Clark and her staff will slowly decrease the medications over a pre-planned time period. She says that some people will eventually stop taking the medications, but others will not and will be on a regimen for the rest of their lives.

Medications used by Clark and her team include buprenorphine (brand name Suboxone), naltrexone (brand name Vivitrol) and, less often, methadone. She says there are two new products on the market for medication-assisted treatment – a long-acting implant for buprenorphine and a long-acting injection of naltrexone – that will help physicians limit diversion of these treatment medications for other, illicit uses.

“The thing that’s different about using something like buprenorphine, is when people get put on that, or when they get their shot of Vivitrol or they get on methadone even, what happens is that instead of being in the grips of active addiction – loss of control of drug use, loss of control of life because of drug use – they get control of their drug use, and they get control of their life,” Clark says. “I can’t tell you the number of people who’ve come in and seen me with opioid addiction, and within days of putting them on buprenorphine they say ‘I feel normal for the first time in my life.’”

Clark adds that her team at CleanSlate (which will be opening an office in Kentucky next year) does not expect all patients on medication-assisted treatment to completely break free from their addiction – human beings are prone to relapse, she acknowledges. But her goal is to keep patients from dying prematurely from their addiction and recover a sense of control over their lives. Eventually, some of them will transition into long-term recovery.

“People should be on medication at the lowest dose that really maintains their health,” she says. “And so for some people – as with diabetes – that’s forever. And for some people, it’s not. And it really depends on a lot of things. It depends on their own individual body. It depends on what kind of psychological skills they’ve got in their world, what kind of social skills they’ve got in their world. I’ve treated in Kentucky a patient, their parents, and their grandmother. The whole family. This is a generational, familial, and community disease.”

Drug addiction is also something that should not be stigmatized, Clark says, and the current national attention on the opioid crisis is changing public opinion on what was long thought of as a blight existing on the margins of society. “One of the things I’d really like people to know is that this is a chronic disease, there are doctors who specialize in addiction treatment, and we can help,” she says. “There’s hope.” 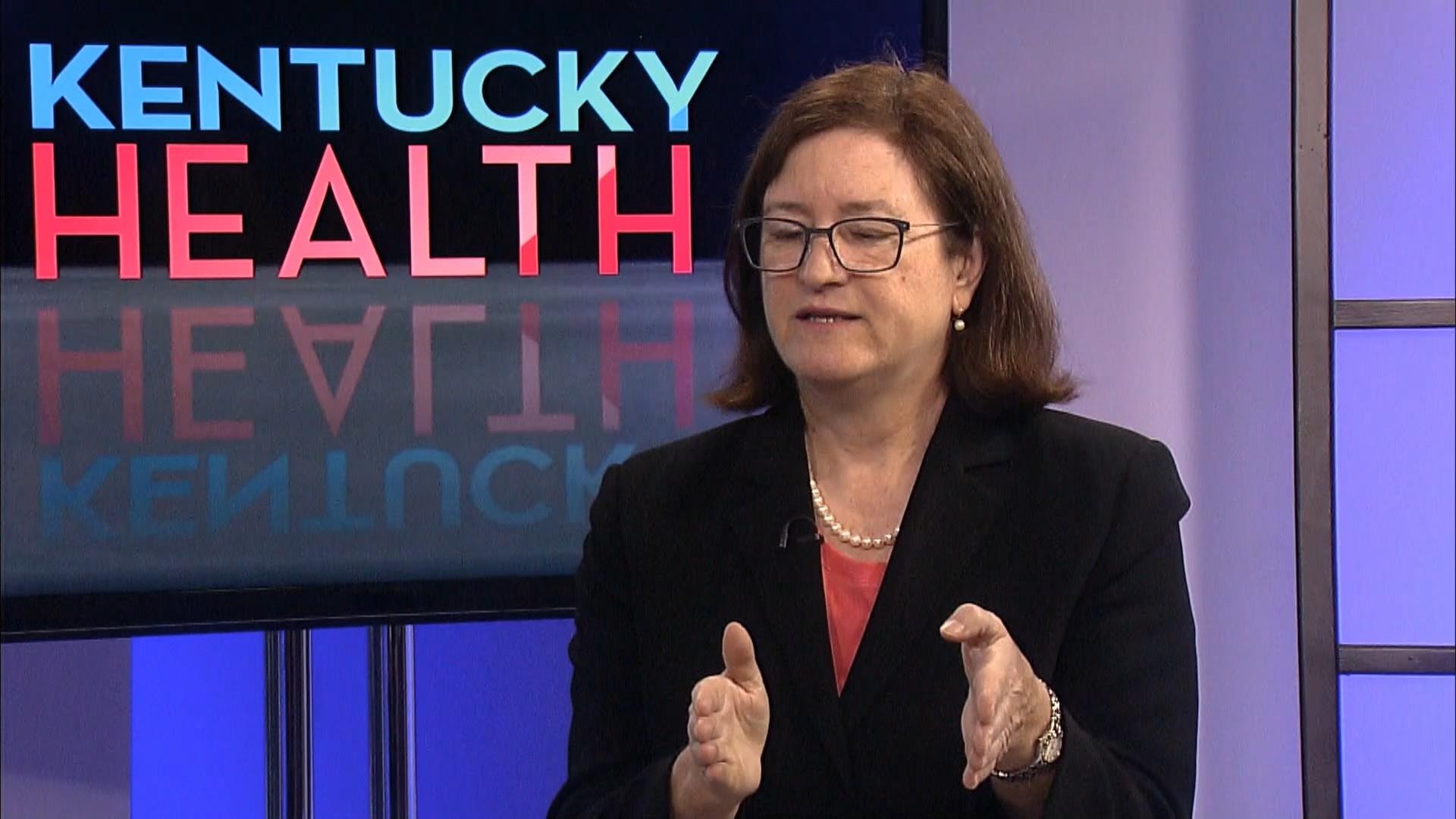