Health Insurance: Can We Achieve Coverage for All?

The issue of universal health insurance in the United States has been debated for more than a half-century, and presidents ranging from Harry Truman to Bill Clinton have staked their political fortunes on establishing a system for universal insurance in the past. Following President Barack Obama’s passage of the Patient Protection and Affordable Care Act in 2010, more Americans were able to obtain health insurance coverage than at any point before in the nation’s history, but the political backlash has been strong.

The heated debate over health insurance currently gripping the nation contains ideas ranging from a “Medicare for all” plan proposed by Sen. Bernie Sanders (I-Vermont) to various Republican-backed plans that retreat from the idea of universal health insurance administered by the federal government and instead emphasize market-oriented approaches that give states, businesses, and individuals more freedom – and responsibility – in choosing their level of coverage.

In this episode of Kentucky Health, host Dr. Wayne Tuckson welcomes two former presidents of the American Medical Association and M.D.s who practice medicine in Kentucky to discuss the viability of establishing a universal health insurance program in the U.S., and what may be gained if universal health care is achieved.

Dr. Ardis Dee Hoven is a professor at the University of Kentucky College of Medicine. A specialist in internal medicine and infectious disease, she was president of the AMA from 2013-14 and is a member of UK’s Hall of Distinguished Alumni. Dr. Steven Stack is an emergency room physician at St. Joseph East Hospital in Lexington. He served as AMA president from 2015-16.

When asked if health care is an individual right in this country, Stack responds that framing it that way is a distraction to a certain extent because establishing a universal health care system also affects society at large. “I think health care is an inherent societal good,” he says. “I think that it’s in everyone’s best interest, the individual and society, that we provide health coverage at least at a basic level for everybody. Without your health, as the saying goes, you don’t have a lot.”

Where the Debate over the Affordable Care Act is Headed
Stack says that even supporters of the Affordable Care Act acknowledge that it has problems and needs to be reformed. For example, he notes that although millions of Americans gained health insurance via the ACA, either through the new insurance exchanges or by signing up for expanding Medicaid, there are still gaps in access. He notes that oftentimes, a patient will visit his emergency room with an infection or some other condition that requires a prescription, but after he orders one, the patient doesn’t have adequate insurance coverage for prescription drugs and cannot afford the medicine. Eventually, the patient will return in worse condition and require hospitalization.

“It’s penny-wise and pound foolish,” Stack says, “because if they could have a $20 prescription that would take care of the problem, or they could wait six more days and have to be hospitalized when it’s progressed, it’s a lot more expensive to treat it six days later when they’re in the hospital rather than six days earlier when they don’t require the hospital. But also it’s clearly a lot worse off for the patient.”

Overall, both Stack and Hoven believe that the Affordable Care Act has done more good than harm to America’s health care system. Hoven says that before the ACA was passed, the uninsured rate in the U.S. was around 20 or 21 percent. After 2010, those rates decreased significantly, but the change was not uniform across the country due to a Supreme Court decision that allowed states to choose whether or not they could expand Medicaid. For those that did, eligibility for Medicaid increased to 138 percent of the federal poverty level. In Kentucky, that resulted in around 400,000 new enrollees to the program.

One aspect of the ACA that has not received as much coverage in the current political debate over whether it should be altered or ended is its introduction of preventive medicine regulations for providers and insurance companies. These are designed to, over time, bring more people into the health care system as lifetime patients who get regular checkups. Both Hoven and Stack say that these provisions should be given more time to work.

“I think there’s no question [the ACA has been a benefit],” says Hoven. “We saw the uninsured rates drop significantly in this country. I think it’s not been long enough for us to see the improvements in the health outcomes because so much of that depends on the prevention and the wellness care. What the Affordable Care Act also did was make sure that prevention care was totally covered. So there would be no co-pay or cost sharing or out-of-pocket for mammograms, colonoscopies, flu shots – those things people could get and could access without having to pay for it. So the prevention piece is a very important part of this.”

Many critics of the ACA argue that its costs are unsustainable for federal and state governments in the long term. There is also an ongoing philosophical divide about the role of the government in mandating health care, Stack says. But the ER physician also says that it’s a mistake to think that the more fragmented insurance system that existed before the ACA was more efficient and less costly.

“It is a false conclusion to say that if we don’t pay for health care through insurance that we’re not paying for it,” he says. “Because in the emergency department I see this all the time: someone’s got to be charged extra money to be able to make sure that we can pay for all of the folks who never pay anything. It would be far better and make far more sense to create a rational system to ensure that everybody has access to some reasonable level of care, so that we don’t have to do this crazy cost-shifting. We can do it in a way that’s rational and gets people better outcomes, and overall hopefully at least improves the value proposition.”

Ways to Reform the System and Improve the Nation’s Health
Ultimately, both guests believe that the U.S. needs to craft and implement a system of universal insurance coverage for at least basic health care services. A lot of the focus should be on modernizing the existing health care infrastructure to eliminate inefficiencies and unnecessary costs. According to Hoven, around 25 percent of U.S. health care costs are administrative costs. The regulatory requirements, even after the ACA’s passage, are still so complex that a small army of administrators is needed to make sure everything is in compliance, she says.

“We also provide the most exasperating, duplicative, unnecessary and fragmented care, because a patient may see multiple physicians, have multiple tests repeated,” Hoven adds. “The right arm doesn’t know what the left arm is doing, partially because we can’t talk to each other electronically and communicate information, and we waste so much money in doing this.”

Stack says that many pharmaceutical and medical equipment companies are also responsible for driving up costs in the current system. More broadly, he points out that the medical community has undergone a seismic shift in how care is provided over the past century due to rapid innovations in medical science and knowledge. He argues that the payment framework has not adjusted to this change, and the costs, both financially and in overall health quality, are significant.

“This can’t be underestimated: the profound shift from health care being for acute illness to chronic illness,” Stack says. He explains that most cancer diagnoses made during the early- and mid-20th century were terminal, and diseases such as diabetes also resulted in a shortened lifespan. “Nowadays, you live with diabetes your entire life, and you can have a great quality of life,” he says. “Nowadays you can have breast cancer at 33, be cured and live to 50 and have colon cancer, and be cured and live to have lymphoma or leukemia when you’re 75. So we have shifted the burden from acute to chronic care, and the vast amount of health care expenditures now occur in chronic care, not acute. These are problems that have derived from our success in treating people.”

Emphasizing health care as a lifelong pursuit, instead of treating a disease or condition after the fact, is at the core of the universal coverage policy that both Hoven and Stack envision for the future. Stack tells the story of a recent patient to his ER, a homeless alcoholic that he has treated three times, to illustrate his point.

According to Stack, the man’s social problems – his homelessness, his addiction, his lack of a job – are driving his poor health. Stack finds that many doctors, especially those in the emergency room, are social workers in a sense in that they are treating the specific health outcomes of larger, long-term conditions that affect individual’s lives. He believes that allocating more resources on the front end, be it in preventive care services or even an expanded social safety net for food and shelter, will substantially reduce health costs over time. But these types of far-reaching discussions are lacking in the public policy arena, he contends. “We can solve the problem affordably, or we can fail to solve it unaffordably,” he says. 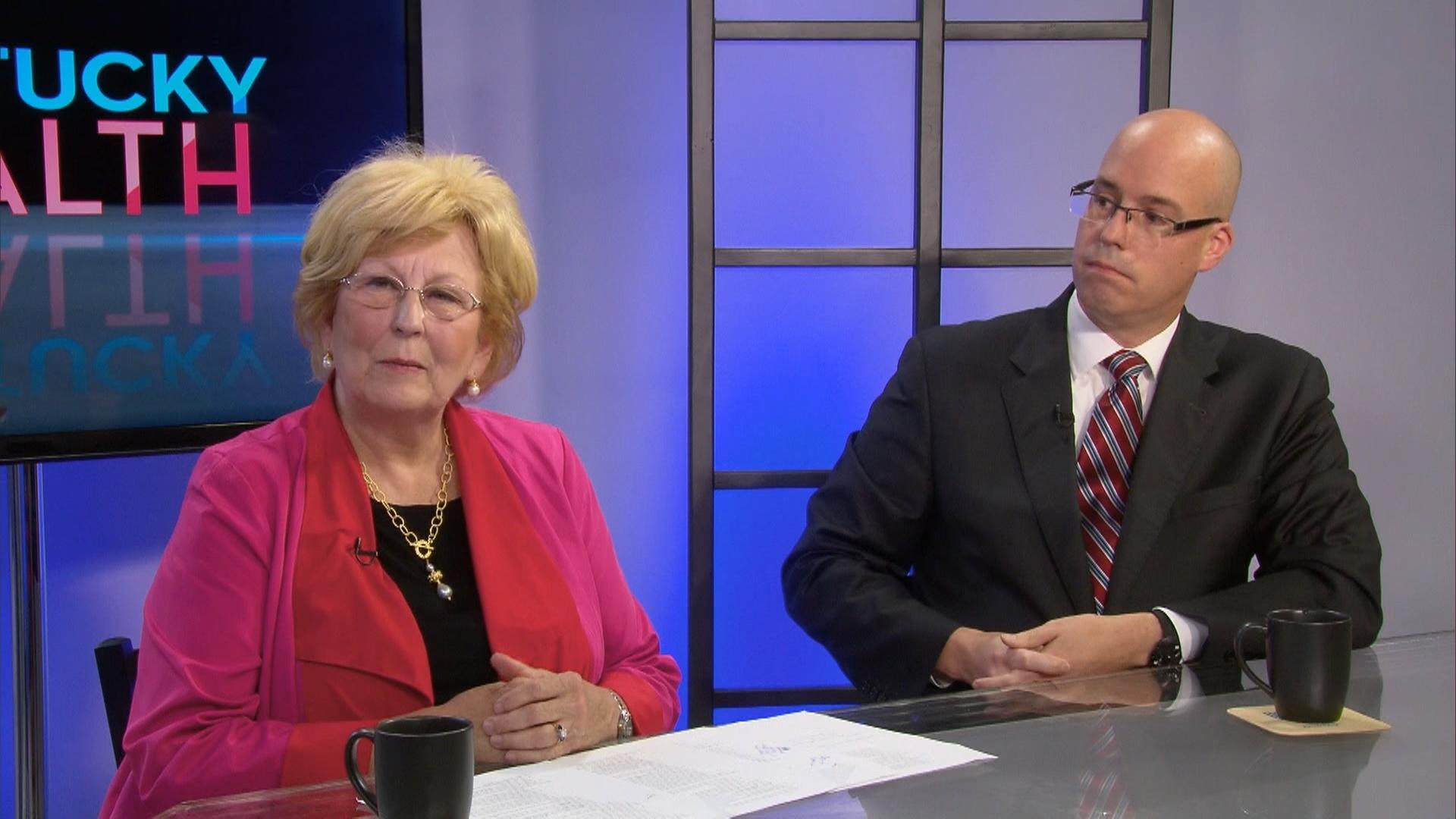