According to a 2017 study from the Robert Wood Johnson Foundation, Kentucky ranks eighth nationally with 34.3 percent of adults qualifying as obese. Obesity affects the commonwealth’s high rates in various negative health indicators, such as diabetes, hypertension, and heart disease. There are myriad approaches to reducing obesity, ranging from diets to surgery, but which ones give people the best chance to lose weight and keep it off?

In this episode of Kentucky Health, host Dr. Wayne Tuckson welcomes an internist specializing in weight loss and a surgeon from Norton Healthcare in Louisville to discuss the effects obesity has on overall health and which methods work best to help people achieve permanent weight loss.

Dr. Kelley McIntyre is an internist with Norton Healthcare certified by the American Board of Obesity Medicine. Dr. Jeffrey Allen is a general surgeon with a specialty in bariatric and minimally invasive surgery.

“In order to treat obesity, we really need to think about a definition,” McIntyre says. “BMI or body mass index is one way we would diagnose obesity. If the BMI is greater than or equal to 30, that is considered obese.”

The Causes of Obesity
It’s important to distinguish between being overweight and being obese, Allen notes. Patients he sees for surgery are morbidly obese, meaning they have a BMI greater than 40. Persons between 35 and 40 BMI are considered to be severely obese, while those between 30 and 35 are considered obese. Having a BMI between 25 and 30 qualifies as being overweight.

McIntyre adds that BMI does not take into account lean muscle mass. Athletes and bodybuilders may have a high BMI, but their waist circumference and/or body fat percentage will be quite low. These persons are not considered obese.

And there are other factors that influence weight gain unrelated to caloric intake, McIntyre notes. For example, most women will gain weight during perimenopause (the years prior to menopause when hormone production decreases) and during menopause.

“Menopause can be a difficult time for women and their weight,” McIntyre says. “I would say the average woman can often gain 20 pounds during that time, which is very disturbing for a lot of women. So, hormonal changes and fluctuation definitely play a role. Also, there are thyroid [issues] and things like that to consider and evaluate further.”

Obesity causes health problems in various ways, and excess fat in certain areas of the body – such as the abdomen – is more problematic, McIntyre says. “We know that these fat cells are not just taking up room that we don’t like because we can’t get into our favorite clothes, but are actually secreting hormones – cytokines – which cause inflammation, which is another big factor that is playing a role in the disease causes that we see relating to obesity,” she explains.

Allen says that adult onset Type 2 diabetes is the most common medical condition related to obesity that he sees in his patients. Others include increased risk of hypertension, coronary vascular disease, strokes, various cancers, life-limiting arthritis, and sleep apnea. The social costs of obesity are important as well, he notes, ranging from having trouble traveling comfortably, to finding it difficult to buy clothes that fit, to facing the stigma associated with being overweight.

How did Americans become so obese? Allen points back to the latter half of the 20th century when both parents in a household began to work full-time. This led to an increase of eating out, accompanied by added temptations such as appetizers, super-size portions, and more sugary soft drinks. “If families are eating out four, five, six times a week, even if they’re eating out at healthy places, they’re going to get more calories. It’s simply a ‘calorie in, calorie out’ phenomenon,” he says.

Non-surgical Obesity Remedies
Both guests agree that exercise alone won’t help people lose weight and keep it off. Allen observes that far too often, people don’t realize how hard it is to burn off calories when exercising and feel a sense of entitlement when finishing a workout that gives them an excuse to eat high-calorie food. “You have a long memory when you’re on the treadmill, and a short memory when you ate the wrong thing,” he says.

McIntyre uses a variety of approaches to help her patients lose weight. She says that advances in understanding how the sensation of hunger is formed and of how the body processes calories have accelerated dramatically in the past five years.

“We know that if 20 people go on a diet and lose weight, that 19 are going to regain their weight, unfortunately,” she says. “…I tell my patients often, as hard as it is to lose weight, it’s harder to keep it off.” And she lets her patients know there’s going to be a weight loss plateau. “… There’s some things we can try to do to help to push through that, but you know, it’s about also just trying to be healthier.”

McIntyre discusses the five drugs that have been approved by the Food and Drug Administration for long-term use in reducing obesity. Medications such as appetite suppressants can be useful for patients who have hit a weight plateau, especially if lifestyle modifications and building lean muscle mass have become less effective.

As far as food intake, McIntyre says, “We do know that most people are going to have to eat less carbohydrates…There are lots of high-calorie foods that have lots of extra sugars that are causing us to crave more sugar, and they’re quite addictive.”

McIntyre says that if you want to lose weight and keep it off, think more in terms of making a permanent lifestyle change than about starting a diet, and Allen agrees. According to McIntyre, making this change begins with realizing that eating certain foods – particularly those that are laden with carbohydrates and sugars – leads to feeling even more hungry rather than full. People should focus instead on eating nutritious food that includes healthy fats and protein.

Weight Loss Surgery Options
“I think you should try every way available before you try surgery,” Allen says, “simply because surgery can have complications. It’s certainly not a walk in the park. A lot of my patients get upset because other people will tell them, ‘Well, you took the easy way out.’ And surgery is clearly not the easy way out.”

Allen says that patients who do undergo surgery fall into the morbidly obese range – with a BMI over 40 – or have a BMI between 30 and 40 and also a chronic disease related to obesity such as diabetes or hypertension. Allen’s weight loss goal for patients after surgery is 70 percent of excess body weight, but he cautions that there are no guarantees. “I’ve had somebody have a gastric bypass and not lose one pound, and I’ve also had somebody have a gastric band, which is a little less complicated, and have them lose 500 pounds with that,” he says.

Allen presents three slides to help illustrate the three main types of surgeries he performs for weight loss. The first, called Roux-En-Y, is a gastric bypass surgery. Allen connects a small part of the stomach roughly the size of a chicken egg to part of the small intestine named the jejunum. This procedure bypasses most of the stomach and the first two parts of the small intestine, limiting the amount of food that can be comfortably eaten and also eliminating part of the digestive process that absorbs food.

The next surgery, gastric banding, is less invasive and has less complications than Roux-En-Y. Allen places a band, or ring, around the top part of the stomach that can be tightened to restrict access to food. “The novelty is, it’s adjustable,” Allen says. “I can inject or remove saline solution in there, that essentially tightens or loosens the band.” The drawback with this procedure is that patients will have to visit Allen often for adjustments – roughly once every six weeks or so for two years after the surgery.

The last option is gastric sleeve surgery, where the surgeon actually cuts out part of the stomach, reducing its size and also takes out an area that produces the hormone ghrelin, also known as the “hunger hormone.”

“The gastric sleeve is the most popular operation in America now,” Allen says. “It basically has about the same average weight loss as a gastric band, but you don’t have to come back for adjustments.” This surgery is irreversible.

Allen cautions that all of these surgeries won’t lead to long-term weight loss unless patients change their eating habits for the rest of their lives.

“If you can say, ‘This is how I’m going to eat for the rest of my life – it’s not how it was, it’s less – but I can eat a lot of the things that I like and I’m not on a diet that I’m going to go off of,’ those are the people that do absolutely splendidly.” 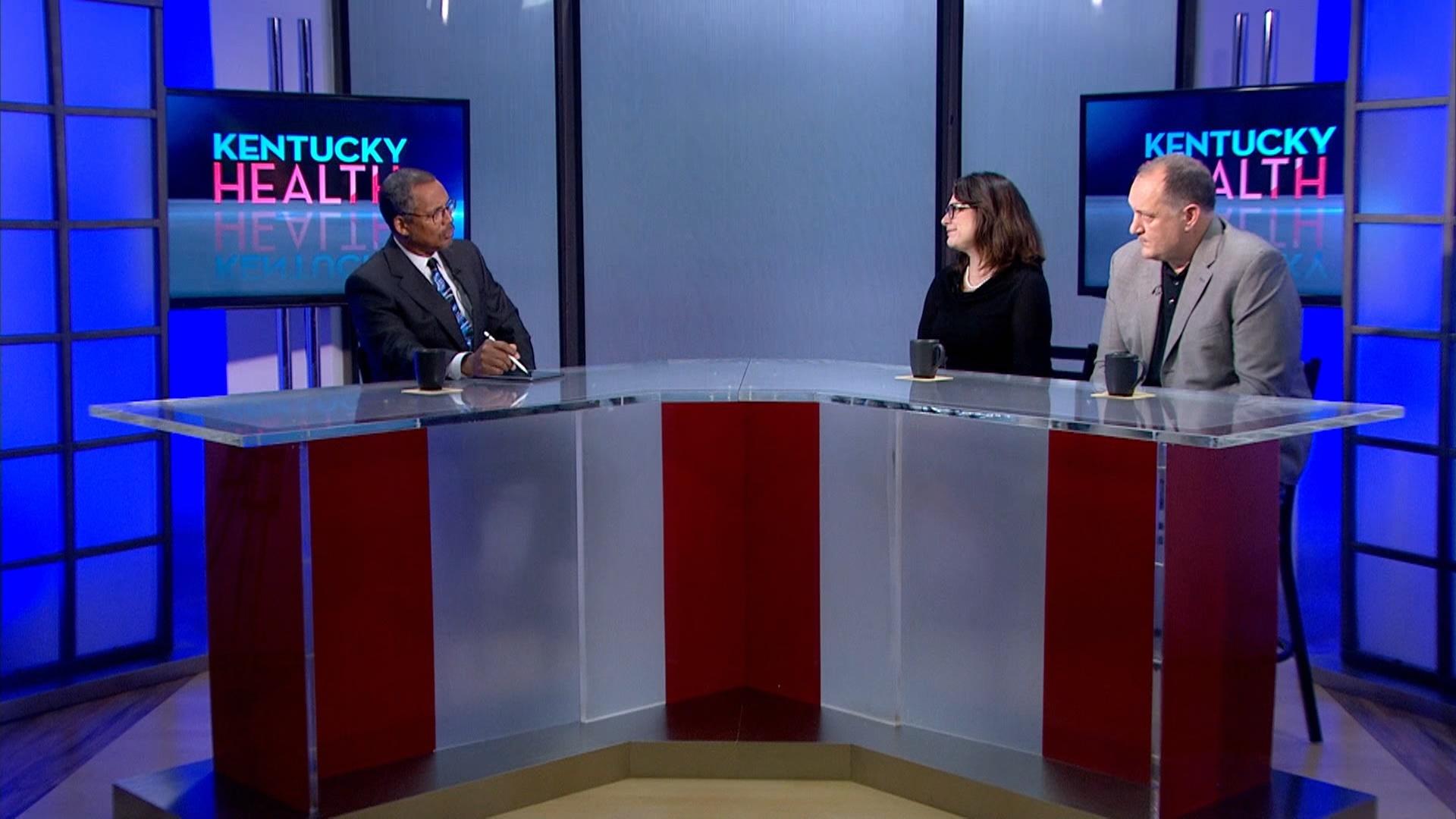