As the Kentucky General Assembly convenes this week, legislators bring a number of priorities to the agenda for this year’s 30-day session. Several state House and Senate leaders appeared on Monday’s Kentucky Tonight to discuss their views on potential bills ranging from medicinal marijuana and heroin addiction, to state pension funding and local-option taxes.

Although legislators debated measures in the 2014 session to address heroin abuse, House Speaker Greg Stumbo (D-Prestonsburg) says lawmakers ran out of time to pass a bill. He says compromise on the issue is possible, and he hopes new legislation will include long-term funding for drug courts, more treatment beds, and education programs. He argues for a balance between helping addicts and punishing dealers.

Senate President Robert Stivers (R-Manchester) says heroin legislation should also include provisions for first responders to use Naloxone to treat overdose victims, and a Good Samaritan clause to protect those who report a potential overdose. He says drug abuse is not a partisan issue, and he hopes lawmakers with gubernatorial aspirations will let their colleagues shepherd any heroin-related bills.

State Pension System
Stivers says the unfunded liabilities facing the state employee retirement systems will begin to improve in about five to eight years, especially as the reforms enacted in 2013 being to take effect.

Stumbo concurs, saying problems in the systems didn’t occur overnight, nor will they be fixed that quickly. He pledges that retirees will continue to get their benefits and that the system will remain solvent. Stumbo supports a proposal by the Kentucky Chamber of Commerce to have Attorney General Jack Conway audit the pension system to ensure it is being properly managed.

Stivers says he’s neither for or against an audit. He says he’s drafting a letter to Conway to request clarification on the goals and actionable outcomes that could come from an audit.

“I think it’s democracy in its purest form,” says Senate President Stivers. He says Kentuckians would have to approve the proposal as an amendment to the state constitution. Then local residents would have to approve any sales tax increase in their particular communities. Stivers says LIFT could be a valuable tool to help tax reform efforts.

“I know that word is ‘tax’ but you’re allowing the individual in Manchester, or London, or Prestonsburg, or Pikeville to be the ones to decide that,” Stivers says.

“It’s really not a tax because you’re imposing it upon yourself in these communities,” Stumbo adds. “It’s not the General Assembly mandating something be done, it’s the people of Kentucky in their communities through their local governments, deciding what they want their future to be.”

Rep. Carney takes a more cautious approach. He says he supports the idea of localizing such decisions, but he also knows many citizens oppose tax increases in any form. He says he’s undecided on the idea and reports the House GOP caucus would likely be split on the proposal.

Medical and Recreational Marijuana
Last year, lawmakers approved legislation to allow doctors at the Universities of Kentucky and Louisville to prescribe medicinal cannabis oil to treat juvenile seizures. Speaker Stumbo says he will file a bill in the 2015 session to enable doctors to treat certain patients with medicinal marijuana. He staunchly opposes legalizing recreational marijuana, and pledges the legislation for medicinal prescriptions will be tightly written so as to not “open the floodgates” on illegal marijuana use.

Sen. Jones agrees medicinal marijuana must be strictly regulated and says Stumbo’s proposal deserves debate. Jones says he’s for anything that would provide relief to those with cancer, seizures, or other conditions that marijuana could alleviate.

Because there is limited research on the therapeutic value of medicinal marijuana, Senate President Stivers is skeptical of any legislation to legalize it in Kentucky. He says he would need to see conclusive studies from the American Medical Association or in the New England Journal of Medicine to be able to support medical marijuana use in Kentucky.

As for recreational marijuana, Stivers says he strongly opposes decriminalizing it. He says businesses in Colorado have seen worker compensation costs and liability insurance premiums escalate after that state legalized marijuana.

Other Issues for the Legislative Agenda
Sen. Jones says he hopes lawmakers will revisit the idea of public-private partnerships for construction projects in the state. A bill allowing so-called P3 deals passed the General Assembly last year but was vetoed by Gov. Steve Beshear in part because of an amendment that would have prevented tolling to fund a new Ohio River bridge in northern Kentucky

“I think it would stimulate a great deal of economic activity around the state and help see projects to fruition that may not otherwise happen,” says Jones of the P3 proposal.

Jones and Carney support legislation to allow for the expungement of certain drug-related felony convictions from the criminal records of non-violent offenders.

“I was raised old school,” Carney says, “and I believe people should be punished. But if you committed a Class D felony 15 years ago and you still can’t keep a job from it, we’ve got to fix that.”

The legislators agreed that the Administrative Office of the Courts should review caseloads and judicial apportionment before any additional funding can be allocated for state courts. And they concurred that something must be done to stabilize the state road fund, but the panel had no specific proposals for doing so.

The group also supports legislation to allow those in dating relationships to be covered under emergency or domestic violence protective orders. But the panel split on statewide smoke-free bill. Sen. Stivers and Rep. Carney say that should be a personal choice or a local decision, not a state law. Rep. Stumbo says the House should have a floor vote on the matter to finally determine the fate of a smoking ban. 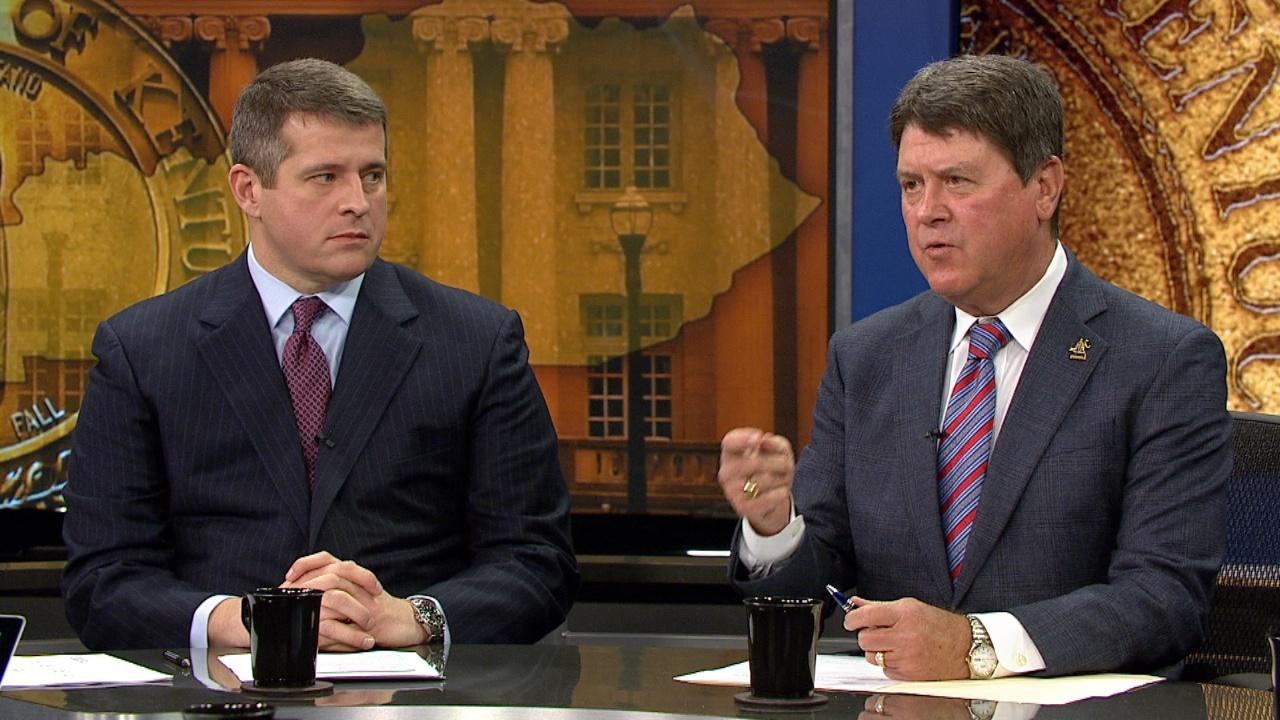