Kentucky House members worked into the evening Monday to pass a contentious bill that would add billions in state debt but could shore up public school teacher pensions.

Two state representatives and two state senators appeared on KET’s Kentucky Tonight to discuss House Bill 4, as well as other key pieces of legislation before the General Assembly this session.

A 20-Year Investment Strategy
Because of the late House vote, Minority Whip Jim DeCesare (R-Bowling Green) and Rep. John Tilley (D-Hopkinsville) joined the conversation by telephone from the capitol. Tilley says HB 4 passed on a 62–31 vote, just squeaking by the 60-vote super-majority needed for finance-related measures in non-budget years.

Tilley says the bill, as sponsored by House Speaker Greg Stumbo (D-Prestonsburg), would permit the state to borrow $3.3 billion at no more than 4.5 percent interest, and then reinvest that money at an annual rate of return of 7.5 percent. The 3 percent gain would go toward unfunded liabilities in the Kentucky Teachers’ Retirement System.

“The investment strategy has been called sound by a number of professionals,” Tilley says. “KTRS came to us as a legislature and said if we bond now… we can make this work and we can come out better for it.”

In explaining his vote against HB 4, Rep. DeCesare says he disagrees with the notion that it’s a good plan to borrow billions of dollars and take 20 years to pay it back. He argues that strategy assumes there will not be another financial crisis during that time, and that even under the best circumstances, the bonding plan would only raise the funded portion of the pension system from 54 percent to just 66 percent.

“This bill is probably going to put us in such fiscal dire straits that we will not ever be able to recover, especially in the near future,” DeCesare says. “If we do these bonds, it’s going to mess up our potential capacity to fund future capital projects.”

The Senate View of the House Bonding Plan
The measure now advances to the Republican-controlled state Senate, where Majority Floor Leader Damon Thayer (R-Georgetown) says there is much skepticism. He contends teacher pension payments are safe for another 13 years without new legislative action.

“Bonding $3.3 billion, in my estimation, could put their checks in jeopardy… more so than if we do nothing,” Thayer says. “I think what we need to do is take a step back and look at some of the same reforms that we made two years ago to the public employees’ pension system.”

Thayer says those changes could include boosting the retirement age, adjusting cost-of-living increases, and changing employee contribution levels. Thayer also wants the legislature to give the state Public Pension Oversight Board authority to review KTRS management and financial performance.

Thayer notes the Senate Appropriations and Review Committee approved a measure last week to cap debt at 6 percent of the total state budget. By limiting debt service payments, Senate leaders say those savings could be directed to unfunded liabilities in the teacher pension system. (The 6 percent cap would also make it impossible for the state to undertake the $3 billion bonding measure.)

“Part of the reason we find ourselves in the overall problem is that we have this mentality where we want to cut, cut, cut, and didn’t have a sound fiscal policy going forward,” Neal explains. “I think our problems are more fundamental than what we’re talking about here.”

Competing Heroin Proposals Await Negotiations
One issue on which there is bipartisan, bicameral agreement is the need to address the heroin epidemic in the commonwealth. Yet there are two key differences in separate bills passed by the House and Senate to tackle the problem.

House Bill 213, sponsored by Rep. Tilley, who is chairman of the House Judiciary Committee, includes a provisions for needle exchange programs and for a three-tiered system of punishment for drug dealers based on the quantity of heroin they traffic.

Sen. Thayer characterizes needle exchanges as a non-starter for the Senate. He says he’s philosophically opposed to an initiative that he sees as condoning heroin use. But Rep. Tilley says the programs have proven successful at getting addicts into treatment. He also says needle exchanges help reduce transmission of blood-borne illnesses like Hepatitis C and HIV.

Although he supported a failed amendment to HB 213 that would delay needle exchanges until the issue can be further studied, Rep. DeCesare did vote for the final House bill. He argues that needle exchanges shouldn’t be a deal-breaker for the legislation going forward.

Senate Bill 5 avoids the three-tier approach to drug sentencing and adds a provision that certain traffickers must serve at least half of their jail time before they would be eligible for parole. Thayer contends dealers are coming into northern Kentucky from Ohio because of lax penalties here. He says the commonwealth should no longer coddle drug dealers and that tougher punishment should be used as deterrent.

Tilley responds that Kentucky’s criminal penalties are already stricter than those in neighboring states. He says it makes more sense to get low-level heroin peddlers into treatment rather than sending them to jail.

Sen. Neal says both the House and Senate heroin bills have merit. But he adds that senators should give deference to the lower chamber’s provisions on treatment and punishment, which he describes as the more common-sense approach.

Other Key Issues Before Lawmakers
Although a statewide smoking ban has finally passed the House, its prospects remain dim in the Senate. Thayer says he applauds the efforts of health advocates on the issue, but he and other Republicans oppose what they call government over-regulation of business. Thayer also contends bans should be decided at the local level.

Neal says the smoke-free measure deserves a full debate and vote in the chamber. He notes the irony of Senate Republicans saying local communities should be able to decide their own smoking policies, yet those same lawmakers argue that the state, not local authorities, should mandate which school bathrooms transgender students can use.

A bill to allow doctors to prescribe medicinal marijuana will not make it out of a House committee, but Tilley says its time will come eventually. Thayer says he can’t believe lawmakers so committed to battling heroin are discussing the possibility of legalizing marijuana even for medical purposes.

Tilley and Thayer complimented each other on developing a compromise that could enable the General Assembly to approve protective orders for dating couples. A House bill creates a new statute to offer “interpersonal protective orders” to cover individuals in dating relationships.

And Rep. DeCesare says a bill to prevent out-of-state beer makers from owning beer distributorships in Kentucky should come to the House floor today or tomorrow. He says he philosophically opposes legislation that limits free-market activities, but DeCesare notes he has two independent beer distributors in his district who support the measure, so he voted for the bill in committee. 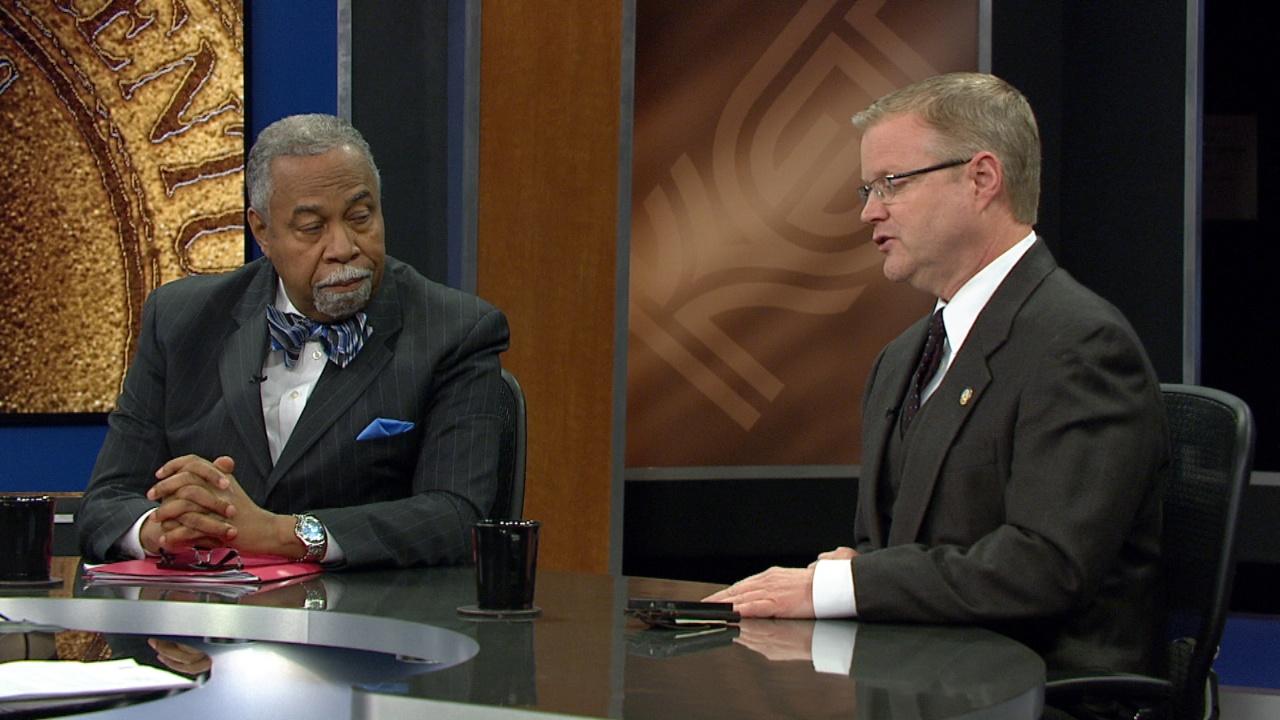