Two Democrats Vie for Congress in the 6th District

Kentucky Tonight hosted the third in a series of discussions about the 2020 primary elections as Renee Shaw spoke with the two Democrats running for Congress in the state’s 6th district. The candidates talked about police brutality, economic policy, health care, education, and more.

Daniel Kemph is a southern California native who started his career in mortgage banking. He later became a software developer and project consultant focused on banking products. Kemph has lived in Kentucky since 2012, and he ran for Congress in the 6th district in 2018.

“I’m here to fight for Kentucky families for quality, affordable health care,” says Kemph. “I want to make meaningful work here close to home so that our children and grandchildren can stay locally, and I want work to fully fund public education so that we treat our educators like the professionals that they are.”

Josh Hicks was raised on a Fleming County farm. After four years in the Marines, he worked as a policeman in Maysville while attending Morehead State University. He later attended the University of Kentucky College of Law and now operates his own legal firm in Lexington.

As a former policeman and field trainer for officers, Hicks says he believes there is systemic racism in law enforcement.

Responding to killing of George Floyd in Minneapolis last week, both candidates say the three officers who did nothing to stop policeman Derek Chauvin from kneeling on Floyd’s neck should also face criminal charges.

“Those fellow officers were accessories to murder,” says Kemph. “This is police brutality right here in the 21st century... and we’re all seeing it right before our eyes.”

Hicks adds if a law enforcement officer can watch what happened to Floyd and not decry it as wrong, then they don’t deserve to wear a police uniform or badge.

Kemph says police brutality is a symptom of a larger illness: the wealth gap that leads poor and minority Americans to feel left behind and disenfranchised. He says deregulation, especially on banks, payday lenders, and insurance companies, has made that gap even worse.

“This is the full force of capitalism unleashed,” says Kemph. “Capitalism needs guardrails, it needs boundaries... so that we can achieve economic equality.”

Hicks also faults payday lenders, who he says prey on poor families and members of the military. He says economic inequality was evident in the federal CARES Act legislation that included pandemic relief for businesses. But Hicks contends corporations closely connected to powerful politicians and major banks were first in line to get money.

He calls for money for infrastructure improvements, especially to expand broadband internet access to rural areas, and tighter environmental regulations as well as toughter punishments for corporations that pollute.

Kemph also calls for stronger environmental laws and a $15 per hour minimum wage. The spiraling national debt must also be addressed, says Kemph.

Hicks also says the federal deficit is a problem that he would address it by repealing the tax cuts that Republicans enacted in 2017 and by eliminating wasteful government spending. He adds that he’s tired of how the deficit is often used to deny assistance to struggling Americans.

“Every single time a corporation needs a tax cut, it’s right there – they can’t get the bill out fast enough,” says Hicks. “But every single time there’s inequity in our society and we need things to tangibly improve people’s lives, including right here in Kentucky, the purse is closed.”

Lack of access to affordable health care also leads to inequality in America, according to Kemph. He prefers a single-payer system, but says the nation isn’t ready for that yet.

“That’s why I support [a] Medicare opt-in and opt-out program so that Americans can decide for themselves whether Medicare is the answer to our health care challenges,” says Kemph.

Hicks prefers a public option, which he says would provide Americans with more flexibility and untether health insurance from employment. He also wants to lower prescription drug prices and allow Medicare to negotiate with pharmaceutical companies.

In response to the coronavirus pandemic, Hicks calls for more funding for public health departments so they can hire the contact tracers he contends are needed to contain the spread of COVID-19 and fully restart the economy.

“Contact tracing is going to be the only way, absent a vaccine for this virus, that we’re able to get back to work again,” says Hicks, “and we can’t contact trace if our public health department is running on a shoestring budget.”

Kemph says the federal government could offer matching funds based on benchmarks that reward states that make public health a priority. He argues that political leaders in Washington have failed to properly respond to public health needs during the pandemic.

Hicks calls for universal pre-kindergarten and all-day kindergarten, as well as more money for teachers.

Without more pandemic relief to states, Hicks says public funding of higher education will be jeopardy. He says that could cause tuition to go so high that an entire generation of Americans could be priced out of attending college.

Kemph says there should be laws to prevent lenders from trading student loan debt in secondary markets, which he says that turns that debt into an asset. Instead, he says lenders should work to be a partner in a student’s success.

On early childhood education, Kemph says too few Kentucky children attend full-time kindergarten. He says the federal government should help states fully fund pre-K and kindergarten for all children, which he says would help put them on a path to more success later in life.

On gun rights, Hicks says he is a life-long hunter who supports the Second Amendment. He says universal background checks would help make gun ownership “safe and responsible and not a free for all.” But he opposes a blanket ban on assault weapons. He says a better strategy is keep guns out of the hands of people with known mental health problems or a record of domestic abuse.

Kemph also opposes an assault weapons ban. Instead he advocates for background checks and red-flag laws as well as a minimum age of 21 for gun purchases. He also wants to allow the U.S. Centers for Disease Control and Prevention to collect data on gun violence, which he says could be used to determine effective firearms legislation.

Both candidates support full funding for the U.S. Postal Service and term limits for federal politicians. Kemph recommends a limit of 10 terms for representatives and four terms for Senators. 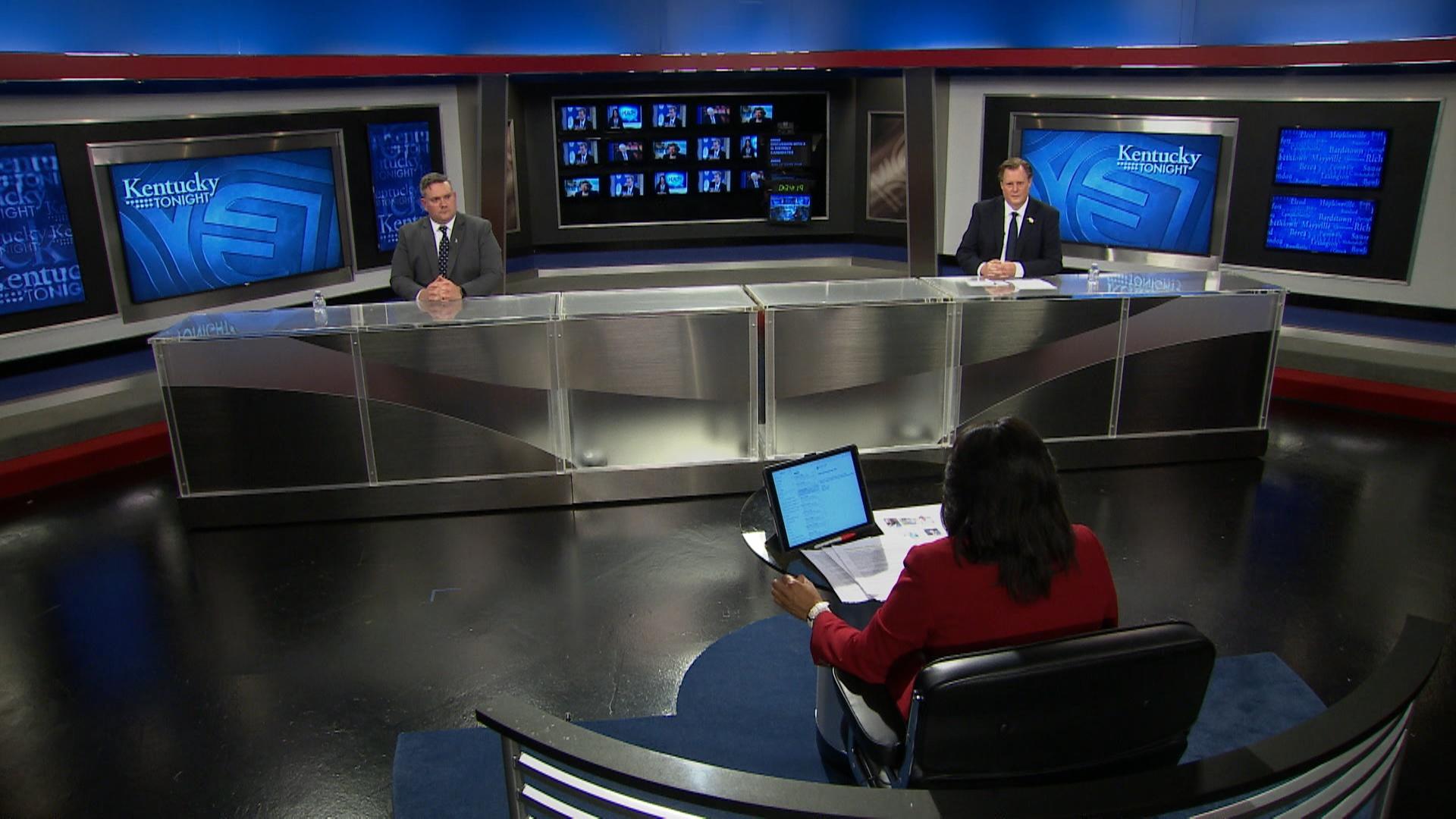