The Proposed Budget: Room for Compromise?

When Gov. Matt Bevin unveiled his state budget last week, he put an optimistic spin on the work that lies ahead for legislators to approve a spending plan.

“I’ve put forward a budget that, frankly, should make it easy for those in the House and Senate to agree,” Bevin said. “We’ve exempted things that are contentious, we’ve funded things that everybody agrees need to be funded… This will afford you the ability to get this done in short order.”

If only it were that easy.

The chairs of the House and Senate budget committees, along with two members of those panels, appeared on KET’s Kentucky Tonight to discuss Bevin’s proposal and the areas where that plan might hit some snags.

First Impressions
The panel credits Bevin for making payments to the public employee and teacher retirement systems a priority for this budget. Senate Appropriations and Revenue Committee Chairman Chris McDaniel (R-Taylor Mill) says lawmakers knew the day would come when they could no longer ignore the pension problem.

“The governor has taken some very bold steps to begin to address the biggest financial concerns of the commonwealth while still investing in our most vulnerable citizens and in those most in need of help in the educational system,” McDaniel says.

Despite the dire nature of the pension issue, Rep. Rick Rand (D-Bedford) says he’s experienced far worse budget cycles since becoming chair of the House Appropriations and Revenue Committee in 2009. He says his primary concern with Bevin’s proposal is that it once again cuts many agencies and programs that have lost funding every biennium since the recession. Rand says he’s especially concerned about how the various cabinets will make the 4.5 percent cuts Bevin called for in the remainder of the current fiscal year, and then implement an additional 9 percent in reductions over the next two fiscal years without firing employees.

A fellow member of the House budget panel, Rep. Steven Rudy (R-Paducah), says the governor laid out a good fiscal plan, which lawmakers should seriously consider. Rudy acknowledges that the proposal lacks many details, especially when it comes to the possibility of layoffs.

“I’ve been told that [Bevin] has instructed his cabinet secretaries to make these [cuts] as easy on state employees and personnel as possible,” Rudy says. “He wants them to identify and eliminate inefficiencies and make reductions in programs that do not provide strong results.”

Sen. Morgan McGarvey (D-Louisville) says he’s glad that Bevin recognized the “three-alarm fire” the unfunded liabilities in the public pension systems represent. He also praised Bevin’s call to increase investments in certain areas, such as hiring more public defenders and boosting the pay of social workers. But the Senate budget committee member says that’s only half of the equation.

“Where money has been added… those are good additions in the budget,” says McGarvey. “But you have to look at the cuts. The cuts will also affect a lot of people in a lot of real and meaningful ways… We have to be careful about how that impacts Kentuckians not just now but in the future.”

But the appropriation for teacher pensions represents only about two-thirds of what KTRS requested for this budget cycle. If addressing the debts is such a high priority for the governor, Rep. Rand wonders why Bevin didn’t propose to pay more on the pension liabilities rather than setting millions aside into a so-called “permanent fund” to be used for later pension payments.

Rep. Rudy says the payment to KTRS is significant because it starts addressing that liability without incurring any new debt for the state, as a bonding plan proposed by House Democrats would. Rudy also applauds Bevin for requesting audits of the retirement systems before allocating any further money or suggesting structural changes to the plans.

In addition to making a down payment on the pension liabilities, Sen. McDaniel says the $1.1 billion allocation tells credit rating agencies that Kentucky is getting its financial house in order. He says the state needs favorable ratings from those entities to get better interest rates on bond issues, which the commonwealth needs for large-scale projects.

“We have to be mindful that the bonding agencies are only really looking at our credit-worthiness, which is very important,” Rand says. “But at the same time we have to look at how we move this state forward in terms of education, in terms of health care, in terms of our biggest needs.”

Education and Workforce Development
The public education headlines from the governor’s spending plan highlighted three key areas: base funding (called SEEK) for primary and secondary education would not be cut; starting in 2018, higher education funding would evolve towards an outcomes-based model; and Bevin wants to bond $100 million for workforce development programs.

The Republicans and Democrats on the panel disagree over what these changes will mean for state schools colleges and universities. Rep. Rudy says Bevin’s plan holds SEEK funding “harmless,” while Sen. McGarvey says it’s not harmless to keep base dollars the same after all the various cuts educators faced during the recession years while operational expenses continued to increase.

“The SEEK per-pupil [funding] is actually held constant while the governor still invests another $590 million in the teachers’ retirement system, which is, in essence, an investment in our classrooms,” McDaniel says. “It’s an investment in the people who care for our children every single day.”

As for shifting public universities and colleges to outcomes-based (or performance-based) funding, Rand says starting that phase-in in 2018 doesn’t give those institutions enough time to make what he calls a dramatic change to their business model. Even before that happens, higher education will face another round of funding cuts under Bevin’s plan.

McGarvey says those cuts are severe, especially considering the budget hits that higher education has taken since 2008. He says the reductions end up creating a de facto tax increase on students and parents who end up paying higher tuitions.

McDaniel questions why tuitions at state schools have increased more than the budget for higher education has been cut. He contends that those institutions have plenty of other funding sources, from federal grants to their own endowments, which means that state budget reductions shouldn’t always result in tuition increases for students. McDaniel wants to investigate the value of course and degree offerings at the schools, and review whether college and university administrations have become too bloated.

Gov. Bevin also proposed $100 million in bonding to create more job training opportunities around the state. Chairmen McDaniel and Rand agree that workforce development is a critical part of boosting the state’s economy, but they say lawmakers won’t endorse such a bond issue without much more detail on how the money would be managed and spent.

New Revenues Through Tax Reform
State officials have slashed about $1.7 billion in spending since the start of the recession, and Bevin proposes another $650 million in cuts for the next biennium. Yet the governor’s budget made no mention of boosting tax receipts as a way to help address the commonwealth’s financial woes.

Republicans McDaniel and Rudy say the push for tax reform must start in the governor’s office. Rep. Rudy warns, though, that such reforms will have winners and losers and he says he’s leery of ending tax credits and exemptions that have benefited Kentuckians over the years.

Rep. Rand adds that there’s a political reality to trying to revamp the state’s tax codes.

“The real hard part about that is that most industries or organizations have the muscle to get [tax breaks] and the muscle to keep them,” says Rand. “It’s a fact of life in the General Assembly.” 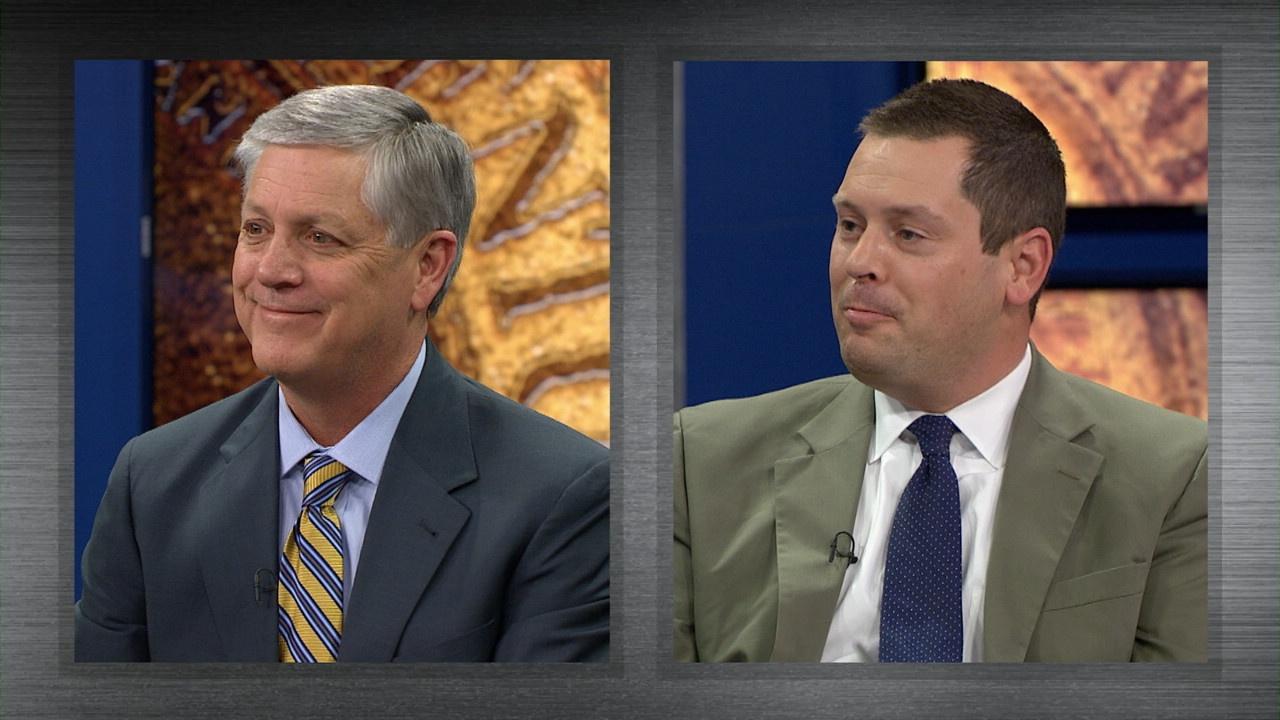