This was the third in a series of discussions with candidates running for statewide constitutional offices the 2019 election season.

Republican Daniel Cameron grew up in Hardin County and studied political science and law at the University of Louisville. He served as law clerk for U.S. District Judge Gregory Van Tatenhove and as legal counsel to U.S. Sen. Mitch McConnell, where he worked on federal judiciary, law enforcement, criminal justice, and other issues. Cameron is now an attorney in Louisville.

Democrat Greg Stumbo is a native of Floyd County and a graduate of the University of Louisville Brandeis School of Law. He served as a state representative for three decades, including eight years as Speaker of the House. Stumbo was Kentucky Attorney General from 2004 to 2008, and he ran for lieutenant governor in 2007. He now works in private practice.

To be Kentucky’s attorney general, the state constitution requires eight years of experience as a practicing attorney. A recent lawsuit challenged Cameron’s qualifications for the job since he was licensed to practice law eight years ago this month. At issue was the two years Cameron spent as a federal law clerk after obtaining his license. Clerks are prohibited from practicing law under ethics rules.

Jefferson Circuit Judge Barry Willett ruled last week that Cameron does have the requisite experience to hold the office. The suit, brought by a retired union worker, is expected to be appealed.

Stumbo says he had nothing to do with the case, but he contends it’s important to resolve the issue. He says if Cameron were to become attorney general but then be ruled constitutionally unqualified, every official action he took could be overturned.

“How can you lead a team of prosecutors when you have no idea what they’re talking about, what they’re up against?” says Stumbo. “This race is about experience. I led that office before, I can do it again.”

Cameron counters that he would bring extensive skills to the job as well as the endorsement of the Kentucky Fraternal Order of Police and other law enforcement organizations.

“I worked for two large law firms in the commonwealth of Kentucky, I have been a federal law clerk, I was general counsel to the majority leader of the United States Senate,” says Cameron. “I don’t think anybody questions my ability to lead the office effectively… I am ready to lead on day one.”

If elected attorney general, Cameron says he would seek a second term in the office. He says the fighting the legal challenges that face the commonwealth requires that kind of continuity. He criticizes Stumbo for only serving four years as attorney general before leaving to run for lieutenant governor.

Both candidates say they would bring additional legal actions against the manufacturers and distributors of opiate-based prescription painkillers. Cameron says on his first day in office he would reopen Kentucky’s lawsuit against OxyContin-maker Purdue Pharma.

Former Attorney General Jack Conway, a Democrat, settled that case for $24 million in 2015. Cameron argues that Kentucky deserves more than that “paltry sum,” especially when other states have been awarded much larger amounts.

“We are going to litigate and pursue whoever has been bringing this poison into the commonwealth,” says Cameron. “I think ultimately that you’d be better off with a Republican attorney general who can prosecute those cases… as opposed to a Democratic administration that’s only gotten $24 million.”

Stumbo launched the original case against Purdue Pharma in 2007 when he was attorney general. He says he would reopen the matter to determine whether testimony given by company officials was truthful. He also wants to launch a criminal investigation of the Sackler family, which owns Purdue Pharma.

As an attorney for the law firm Morgan & Morgan, Stumbo says he’s part of the legal team that’s consulting with current Attorney General Andy Beshear on drug-related suits he’s filed while in office, including an ongoing case against opioid-maker Johnson & Johnson.

The candidates also addressed how they would approach their responsibility to defend state laws. Stumbo says it would be a waste of taxpayer money to fight for laws that are unconstitutional, such as measures to restrict abortion. He says his faith requires him to respect the sanctity of life, but the oath of office would require him to uphold the constitution.

Cameron says he would fight for laws that limit abortion.

“I’m here to tell you that Daniel Cameron, as attorney general, is going to protect the sanctity of life,” the Republican says. “We are certainly going to defend the laws that are passed by the General Assembly.”

But Cameron says he would challenge any pension reform measures that break the inviolable contract with public employees and school teachers.

Stumbo says he would also sue to protect the inviolable contract. He contends pension reforms can be enacted without running afoul of that employment agreement, which he says lawmakers did during his tenure in the General Assembly

The candidates agree that the state holds too many nonviolent offenders in jail for an inability to pay their bail. Stumbo says bail is too often used as a punishment rather than as a tool to ensure that defendants appear for their trial. He says lawmakers should consider a statute that creates standardized guidelines for setting bail.

Cameron also advocates for bail reform and says it will take an attorney general who can help build consensus on the issue among law enforcement and prosecutors, as well as judges and the public. He says the current system results in low-level, nonviolent offenders sitting in jail awaiting trial, while violent offenders who can afford bail are released.

Stumbo says he would revive the Kentucky Bureau of Investigation, which he formed in 2004 but was later reorganized into the state Department of Criminal Investigation. He credits the original KBI with confiscating illegal drugs, solving cold cases, catching child predators, and pursuing Medicaid fraud recoveries. To relieve tensions between police and urban communities of color, Stumbo says he would open a branch of the attorney general’s office in West Louisville and staff it with people familiar with issues of crime and policing in those neighborhoods.

“I would predict a lot of the problems that we’ve talked about in the past for that community will dissipate to some degree just because there’s somebody there watching what’s happening,” says Stumbo. “There’s a lot of things… that the attorney general’s office can oversee to keep those types of things that are unjust and unfair from happening.”

If elected, Cameron would be the first African American to serve as attorney general in Kentucky. He says he understands the historic nature of being in such a position.

“I have a responsibility, especially if I was to win, to really be a unifying presence and making sure that we’re having conversations with communities of color,” says Cameron, “that folks that look like me know that there’s somebody in the AG’s office that can help articulate the message and views, and help with any real and perceived challenges. I know that’s a huge responsibility and I look forward to it.”

Both candidates say they support the Second Amendment rights of gun owners. Stumbo, who is an NRA member, adds that he would not be afraid to debate meaningful gun legislation that doesn’t violate those constitutional rights.

Candidates for Commissioner of Agriculture, Auditor of Public Accounts, and State Treasurer 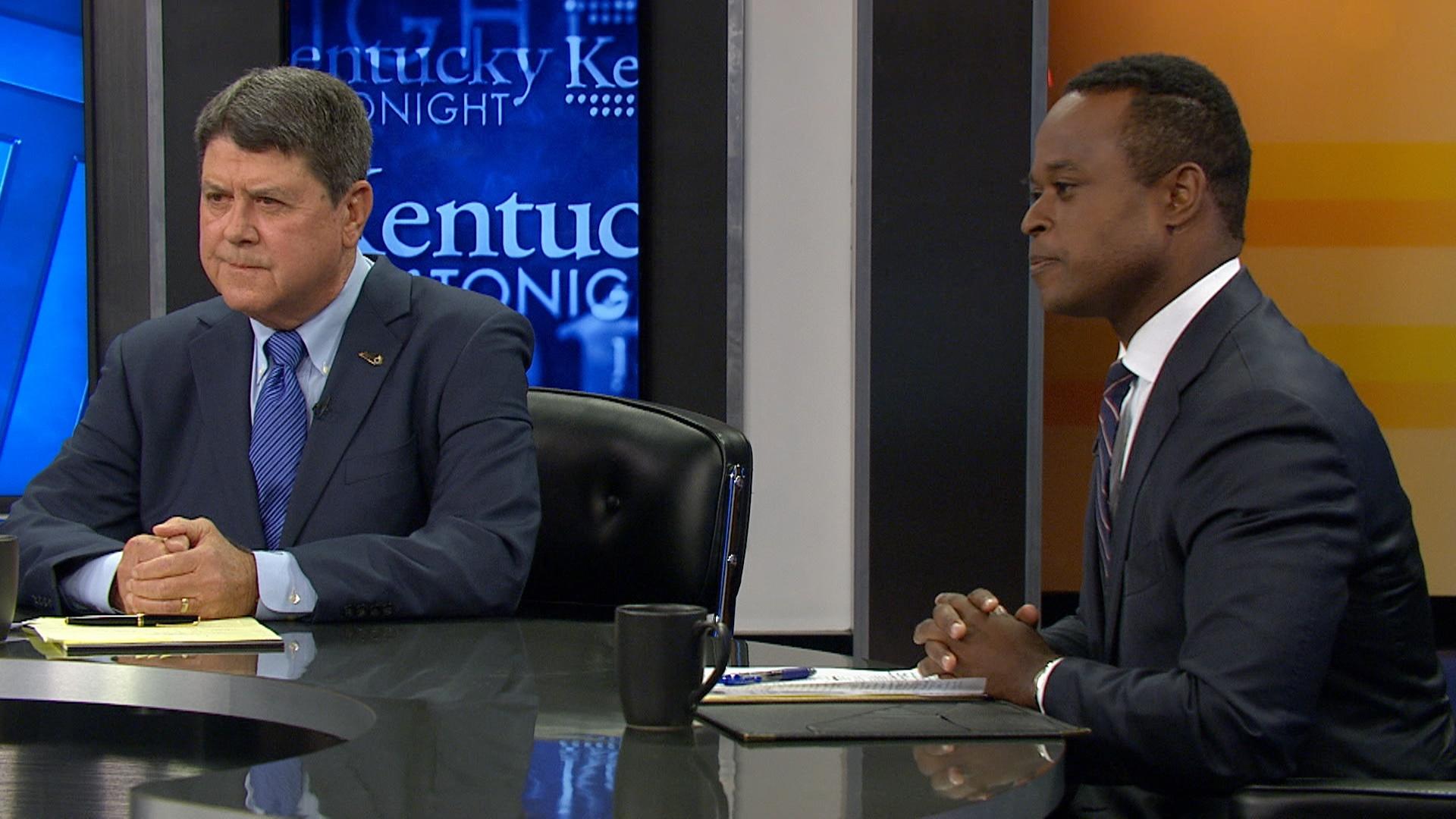