A discussion with candidates for Commissioner of Agriculture.
Season 22 Episode 39 Length 56:33 Premiere: 09/28/15

Ryan Quarles grew up on his family’s tobacco and cattle farm in Scott County. He attended the University of Kentucky and earned a masters degree in agricultural economics. He spent two summers in Washington, D.C., working in Sen. Mitch McConnell’s office on the tobacco buy-out bill, and for the Foreign Agriculture Service of the U.S. Department of Agriculture. A state representative since 2010, Quarles serves the 62nd House District in Owen County and parts of Fayette and Scott counties.

“I grew up on plowed ground,” Quarles says. “It’s important that we have somebody who has firm roots in working in crops and tobacco and understands how Frankfort works.”

Throughout her youth, Jean-Marie Lawson Spann helped with her family’s corn and soybean farms in Barren and Edmonson counties. After graduating from Western Kentucky University, Spann handled press relations for Gov. Paul Patton, worked for a broadband Internet company in Bowling Green, and oversaw marketing for her family’s tractor dealerships. She now does international agricultural consulting, and hosts a weekly radio show about farm issues.

“I learned at a very early age how hard our farmers work every single day to provide the food for the entire world,” Spann says. “Plus I learned the importance and impact that an agribusiness can have on the economy.”

Budget Priorities and Jobs
In addition to supporting the production, distribution, and marketing of Kentucky’s farm products and agribusinesses, the Department of Agriculture also regulates pesticide use in the commonwealth, monitors the safety of amusement rides, distributes commodity foods to agencies that serve the needy, and examines the accuracy of grocery store scales and gasoline pumps. The agency’s budget for fiscal year 2016 is $33 million.

Quarles says his priorities for the department are to protect its current staffing levels and functions, to ensure the that Kentucky Agricultural Development Fund receives its proper allocation of tobacco settlement money, and to secure funding for a “grain center for excellence” at the University of Kentucky’s research station in Princeton.

Spann says her budget will focus on maintaining the safety and regulatory duties of the agency, supporting the local food movement, and boosting agricultural exports. She also plans to open two new regional offices of the agency in western and eastern Kentucky, which she says she can do at no additional taxpayer expense.

The Democrat says she will also make creating jobs a top priority.

“We will do that by recruiting agribusiness [and] ag processors, not only domestically but from all around the world, to come to Kentucky,” Spann says. “That will be jobs for Kentuckians and new permanent local markets for our farmers’ products.”

Spann says the local food movement provides a significant opportunity for job creation. She says there is a $5 billion demand for locally grown food in the commonwealth and she wants to connect farmers to those consumers.

In addition to local food, Quarles says he wants to promote value-added products such as ethanol and milled grains. He will also focus on production and processing of industrial hemp and hemp seeds, which he says can be used to make fiber, oil, and pharmaceuticals. He contends Kentucky has the right mix of agricultural and pharmacy research facilities to be a significant player in hemp-based medical products.

“When it comes to agriculture, it is a major economic driver for the commonwealth,” says Quarles. “So when I’m running for ag commissioner I look [at] farming and agribusinesses through the lens of economic development.”

Spann says she will also promote a hemp industry, which she says can eventually create tens of thousands of new jobs.

Emerging Product Markets
The Republican sees additional economic opportunities among crops not traditionally grown in the commonwealth. He points to canola for seed oil, kenaf for fibers, and barley and hops, which he says the state’s craft beer brewers would purchase. Spann says she also wants to explore growing cocoa beans in the state.

With increasing demand for organic food, Spann says she would support training to teach farmers organic growing techniques and foster distribution channels for their products. Quarles says he would help match new or existing farmers with low-interest loans to acquire land for organic crop production. With the average age of farmers reaching 60 years old, Quarles says it’s important to inspire younger generations to enter the field.

On product labeling, both candidates support the continuation and expansion of the Kentucky Proud marketing program. Spann adds that she favors additional labeling of genetically modified food products. As a mother, she says it’s important to know what she’s feeding her new son. Quarles says there’s no evidence that genetically modified organisms cause health problems, but he supports GMO labeling, if it’s done at the national level under uniform standards.

Environmental Regulations
Both candidates oppose the Environmental Protection Agency’s Waters of the U.S. regulations that seek to more precisely define which waterways and wetlands fall under federal jurisdiction. The EPA says the new rules do not cover farm ponds, change irrigation policies, regulate land use, or modify existing agricultural exemptions.

Quarles says he supports common-sense solutions to protecting water quality but he opposes the Waters of the U.S. rules. He says he agrees with the American Farm Bureau Federation, which says the regulations present the biggest threat to agriculture today.

“We’ve already seen what EPA has done to our friends in the coal industry,” Quarles says. “Now they’re after our family farms.”

Spann also opposes the new rules and says the Obama Administration is ignoring a report the Kentucky Agricultural Development Board prepared that tested water quality in the commonwealth.

Equine Industry and Expanded Gaming
Spann and Quarles support parity for how horses and horse-related feed and supplies are taxed compared to other livestock. Quarles says he would also extend the Kentucky Proud program to market horses that have been bred, born, and raised in the commonwealth. Spann says she would promote the breeders’ incentive fund to help keep more Thoroughbred horses in the state.

The candidates are less enthusiastic about the prospect of expanded gaming. A current proposal by state House Speaker Greg Stumbo calls for a constitutional amendment to allow construction of a casino in each of the state’s six congressional districts. Most of the revenues from the operations would go to education and public pensions with 10 percent allotted to the horse racing industry.

Spann says she would have to study the specific legislation before deciding whether she would support it. Quarles says he doesn’t think there’s political will to pass expanded gaming, but he does favor giving voters an opportunity to decide the issue. 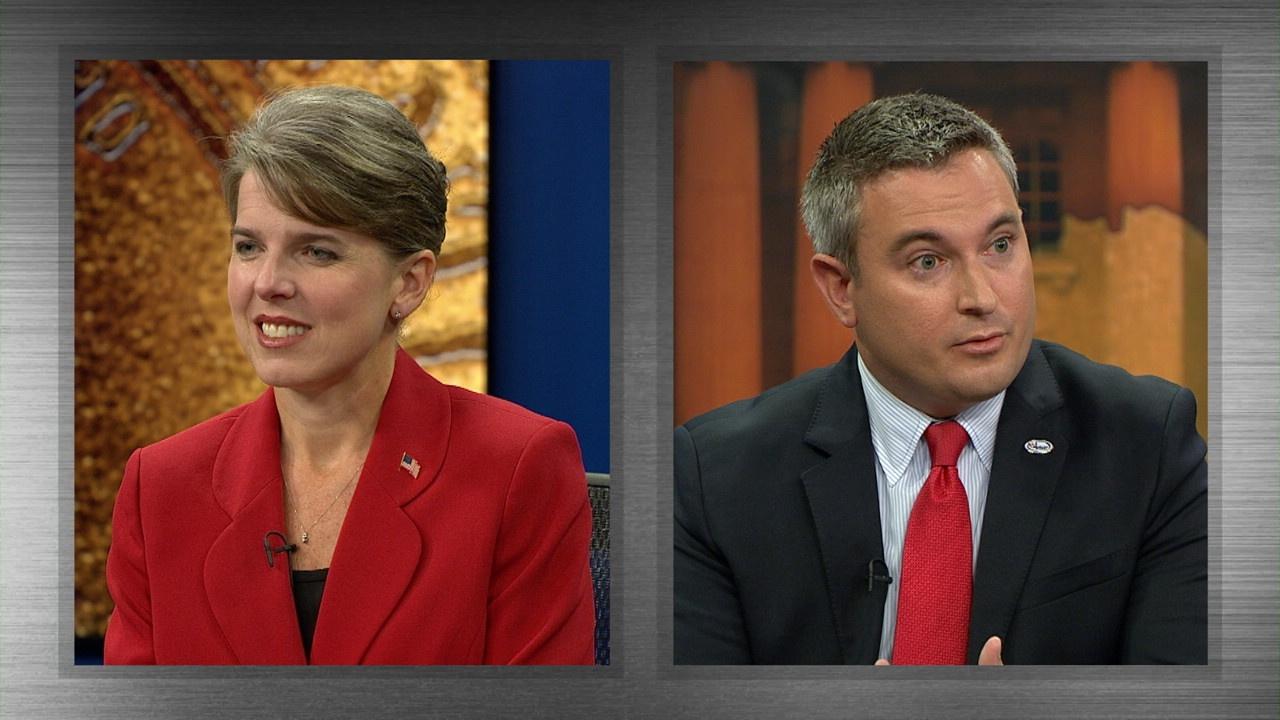