Candidates running for lieutenant governor of the commonwealth appeared on Monday’s edition of Kentucky Tonight on KET. The program featured Jenean Hampton, who is on the Republican gubernatorial ticket with Matt Bevin, and Sannie Overly, who is running with Democrat Jack Conway.

Hampton is a native of Detroit and worked for General Motors while earning an industrial engineering degree. She served seven years in the U.S. Air Force where she was a computer systems officer and was deployed to Operation Desert Storm. Hampton worked 19 years in the corrugated packaging industry in management and sales jobs. She lives in Bowling Green and made her first bid for elective office in 2014 when she unsuccessfully ran for the state House of Representatives.

As lieutenant governor, Hampton says she would promote education and entrepreneurship, and inspire Kentuckians to pursue the American dream.

“I’m a ‘small government’ person,” Hampton says. “You do the minimum that is required constitutionally, and then you get out of the way so that the people can take full advantage of opportunities.”

Overly grew up on a Bourbon County farm and received degrees in civil engineering and the law. She worked in private practice before being elected to the General Assembly in 2008. She represents the 72nd House district, which comprises Bath, Bourbon, and Nicholas counties as well as part of Fayette County. In 2013 she became Majority Caucus Chair, making her the first female elected to House leadership in state history.

As lieutenant governor, Overly says she would focus on infrastructure issues and advocating for agriculture and education.

“I am committed to making sure that every Kentucky child has the very best public school education available to them,” Overly says. “We have an obligation to make sure that where we have schools that are persistently under performing, that we are addressing the needs of those communities.”

“There’s a 50-year track record now for Head Start and we’re not seeing the results we need to see.” Hampton says.

The Republican says studies indicate that any learning advantages produced by Head Start disappear by the time the child reaches fourth grade, and that funding for the program might be better spent elsewhere. Hampton also says she fears Head Start teaches kids things that contradict the values they learn at home. She adds that parents should take more responsibility for their child’s earliest learning experiences.

“I believe that Kentucky parents are perfectly capable of teaching their 3- and 4-year-olds,” Hampton says. “Many parents do fine teaching their kids the basics and sending them off to school.”

Overly counters that too many children in the commonwealth don’t have access to quality learning programs.

“Jack [Conway] and I believe that Kentucky should have a historic expansion of early learning opportunities for our youngest students,” Overly says. “We can do a better job of making sure kids are ready to start first grade.”

The Democrat points to studies that indicate early childhood education can help break the cycle of poverty in the state, and reduce rates of truancy, teen pregnancy, and incarceration, and lower the need for later remedial education.

“For every dollar we invest in early learning programs, society reaps a $7 reward in costs that we are reducing down the way,” Overly contends.

Other Education Issues
On Common Core, Overly supports the standards for English language arts and math. She says that since Kentucky adopted Common Core in 2010, college readiness rates among high school graduates have doubled. The Democrat says abolishing the standards now would cost the commonwealth $35 million.

Hampton says Kentucky embraced Common Core to get more federal education dollars. She says the standards are better than what the state used before, but she prefers benchmarks like the ones used by Massachusetts. Hampton also fears that people may be “fudging the numbers” to make Kentucky’s test results appear better than they are.

The Republican also embraces vouchers and charter schools as a way to improve education in the commonwealth. She points to the Knowledge is Power Program academies that operate in 20 states as a successful model of school choice.

“The element of competition injected into any area makes everyone up their game,” says Hampton. “Certainly the kids in the failing schools deserve better.”

“That would be devastating to public school all across the state,” Overly says. “I think it’s a very dangerous prospect for our students.”

On the issue of gun violence and school safety, Hampton says she favors allowing teachers or other school personnel who have had proper training to carry concealed weapons as a way to protect students. Overly opposes that idea, saying some educators have expressed concerns that it would create a military-style presence in classrooms. Instead she wants officials to make school facilities more secure.

Hampton says she and Bevin will enhance the business climate by making Kentucky a right-to-work state and by improving the tax codes. She says lawmakers must also develop a plan to address the billions in unfunded liabilities in the state pension systems.

But Hampton opposes efforts to raise the minimum wage in the state, which she contends would reduce entry-level opportunities for young and minority workers. A recent proposal before the legislature would have increased the minimum from $7.25 to $10.10 an hour over a three-year period.

“I don’t think you can artificially inflate the minimum wage because it has a disastrous effect on businesses,” Hampton argues.

The Republican says a better option is to attract more companies to Kentucky, which she says would increase the competition for labor and naturally drive up wages.

Although she says she would prefer an increase at the federal level, Overly says she supports the push for a higher minimum wage in the commonwealth.

The Democrat says she also favors more education opportunities for workers, as well as apprenticeship programs that allow people to earn money while they learn new skills. 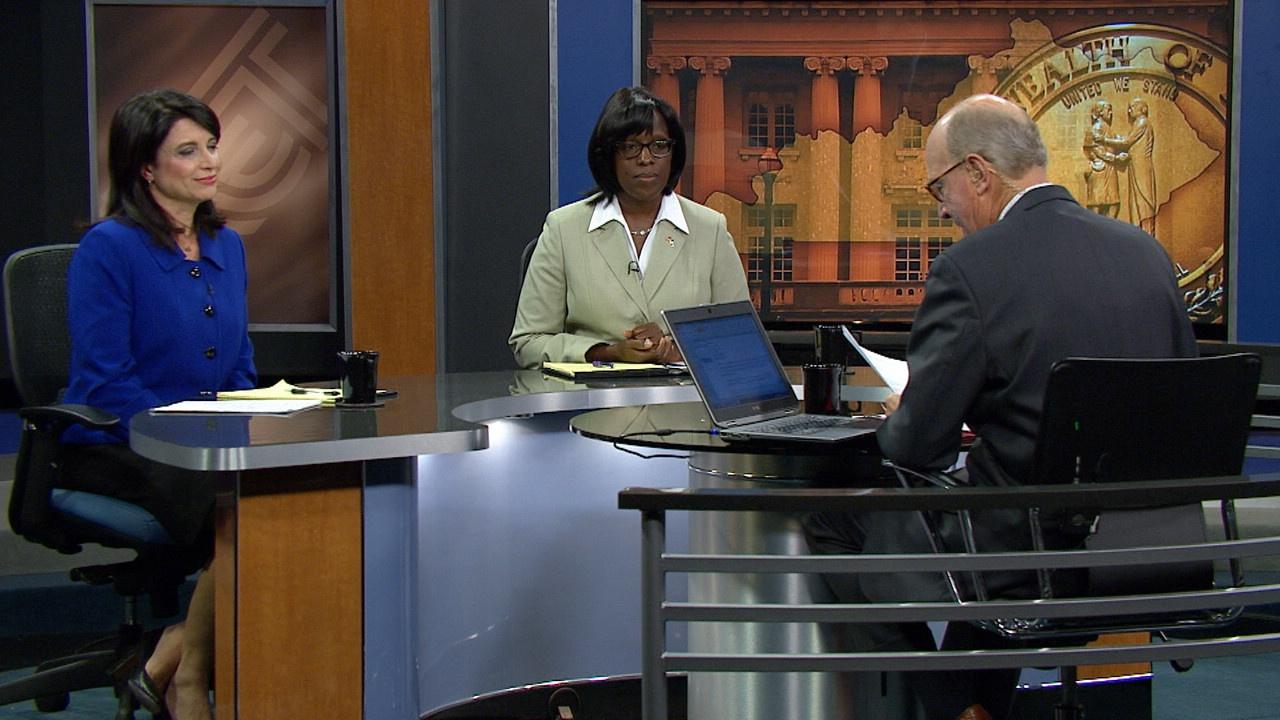