Are Charter Schools Right for Kentucky?

Are charter schools the prescription for lingering academic achievement problems in Kentucky’s public classrooms? Or would charters be an unnecessary competitor that would take the best students and much needed funding away from traditional schools?

Four education advocates appeared on Monday’s Kentucky Tonight on KET to debate the merits of charters and what the schools could mean for the state’s students and parents.

What is a Charter School?
The definition of a charter varies from state to state depending on the enabling legislation used to create them. Generally, though, a charter is a publicly funded school that is freed from certain academic regulations and granted greater latitude to employ new or innovative teaching strategies in return for meeting certain student achievement criteria and other measures.

“We believe that if we’re going to hold teachers and administrators accountable for their [students’] performance, they also need to have the flexibility and freedom to do whatever is necessary to achieve that,” says Jim Waters, president of the Bluegrass Institute for Public Policy Solutions, which supports the charter concept.

Charters have been in existence for about 25 years, and were designed to offer parents in communities with under-performing traditional schools another option for educating their children. More than 40 states now allow charter schools.

Gov. Matt Bevin made bringing charters to Kentucky a key platform of his campaign, and Republicans in the state General Assembly have promoted the idea in recent legislative sessions. A proposal being floated in Frankfort would create several pilot charter schools in Jefferson and Fayette counties.

Who Attends Charter Schools?
In most cases charters are open to any student in that district. Waters says that nationally, just over half of charter school students come from low-income or minority families.

Parents apply to have their child enrolled at a charter; if applications exceed capacity, schools will often have a lottery to select which children are accepted.

Charter critics argue that the schools often enroll only the best students, leaving traditional public schools with a higher percentage of under-performing students.

“If we allow these charter schools to cherry-pick the students … then you create a situation where the traditional public schools become a dumping ground for the charter school students that have been rejected, or for the students whose parents are not engaged and aren’t able to avail themselves of those opportunities,” says Brent McKim, president of the Jefferson County Teachers Association.

McKim also contends that some charters weed out lower-performing students as they advance in grade level so that charters can claim higher graduation rates than they actually might have.

Does Kentucky Need Charter Schools?
Charter advocates say the schools are needed here because of persistent achievement gaps between groups of students (usually based on race or socio-economic factors) and because some public schools are chronically academically deficient.

“Contrary to popular belief, we actually do not have failing schools in Kentucky,” says Fayette County Education Association President Jessica Hiler. “Our schools have continued to increase in the quality counts … [so] what’s the reason for charter schools? There doesn’t seem to be a need for it or appetite for it because what we’re doing here is working for our kids.”

Hiler acknowledges that there are schools with significant performance and achievement gap problems. But she says the tools already exist to address those issues. She points to her district’s William Wells Brown Elementary, which was the state’s lowest performing elementary school in 2013-14. But now, with the involvement of teachers, administrators, and parents, Hiler says the school’s test scores have risen 20 points in one year. She says schools simply need the time, funding, and community involvement to make these changes.

Kentucky has several charter-like schools, such as the Carter G. Woodson Academy in Lexington, which primarily serves African-American boys in grades 6 to 12, and the Gatton Academy at Western Kentucky University, which caters to students interested in the STEM disciplines. But the waiting list to get into those schools can be lengthy. Wayne Lewis says that shows how traditional schools aren’t able to meet the demand that parents have for more high quality educational options for their children.

Another consideration is that the state already has a mechanism whereby traditional schools can apply for waivers to certain administrative regulations so they can try new teaching techniques.

“We have a lot of flexibility available under the Districts of Innovation Law,” says JCTA’s Brent McKim. “We can use that to innovate in our public schools without having to turn to charter schools.”

McKim says the districts of innovation policy should be expanded to add flexibility to student assessments so that children can be taught and tested in what he calls more hands-on, real-world ways.

What Problems Can Charters Encounter?
In addition to student selection and retention concerns, McKim is leery of charters because he says they can lack controls on spending and contracts that regulate traditional schools. He says what charter school proponents see as red tape is actually appropriate oversight and accountability that can prevent scandals and abuse.

McKim also worries about whether schools will be operated as non-profit, public institutions with open meetings and other transparency requirements, or if they will be run by for-profit companies that are more secretive.

Wayne Lewis says all of those issues can be addressed in the enabling legislation and in the regulations that would govern charter school operators. He says Kentucky lawmakers can look to the other states that already have charters, review their laws, and integrate the most effective and successful provisions into a charter school bill that will work uniquely well for students here.

“I would be a vocal opponent of the passage of charter legislation that would not give charter schools the opportunity to be successful in Kentucky,” Lewis says.

What’s the Bottom Line?
With public education still struggling from funding cuts during the recession, and a lean budget expected for the new biennium, can the state afford to create a new of system of schools under the charter concept?

Lewis and Jim Waters agree that charter schools are not a panacea. But they say the state can’t afford not to embrace them, especially in districts like Jefferson and Fayette counties, where achievement gaps between white and black students in reading can reach 30 percentage points. Waters claims charters do a better job helping poor and minority students, and that makes them worthy of funding.

Jessica Hiler of the Fayette County Education Association acknowledges the academic challenges that remain in her system. But she contends taking money away from already cash-strapped traditional public schools isn’t the answer.

“It’s a basic funding issue when schools are underfunded,” Hiler says. “If we don’t have the funds to do what we need to do in Fayette County, the same funds that are going to go to a charter school, how can we create more options?” 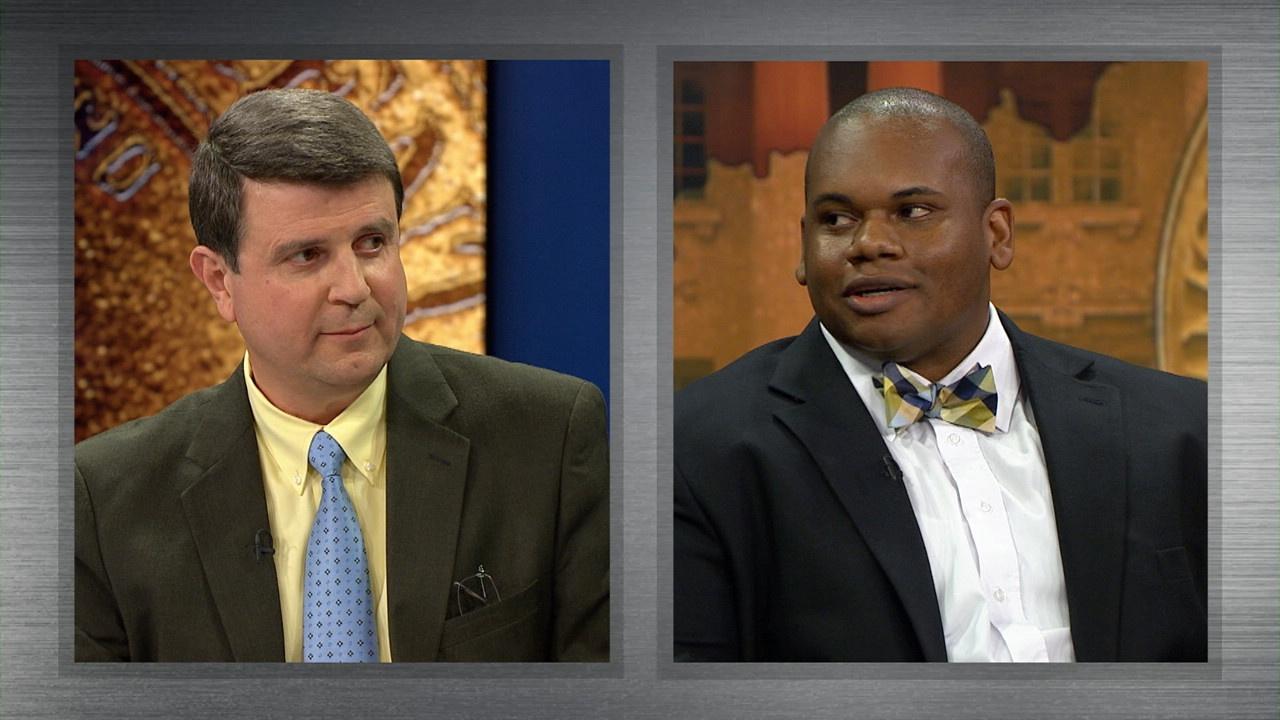