After a review of the new election guidelines for this year’s primary races, host Renee Shaw and guests discussed the economic impact of COVID-19 on the state.

Boone County and 80 other Kentucky counties rely on occupational taxes for a substantial portion of their annual revenues. But those receipts will take a big hit, says Moore, because of widespread business closures and layoffs brought on by the pandemic.

The shuttered economy has brought other revenue hits for cities and counties, including lower hotel and rental car tax receipts. Moore says Boone County, which is home to the Cincinnati/Northern Kentucky International Airport, has already seen an 80 to 90 percent decrease in those revenues.

Some counties like Boone and Warren have rainy day funds they can tap to meet their short-term fiscal needs during the crisis. But most counties have no such reserves.

“Unfortunately even before COVID-19 hit, many of our counties were already in serious financial trouble” says Jim Henderson, executive director and CEO of KACo and aformer Simpson County judge-executive. “So with the impacts of COVID-19, it just exacerbates that problem for many our counties.”

Metro Louisville, which comprises the city and Jefferson County, faces an estimated $115 million shortfall for the current fiscal year and the next one. That’s already forced Mayor Greg Fischer to furlough 380 municipal employees.

“It’s endangering our very ability to deliver the type of services that our people are counting on more than ever,” says Fischer. “We’re talking about public health services, sanitation, fire, police officers, etc.”

The Coronavirus Aid, Relief, and Economic Security (CARES) Act, passed by Congress in March, does provide some funding for states as well as cities with populations of more than 500,000 people.

Kentucky is slated to receive about $2.4 billion to offset COVID-19-related expenses. That includes about $134 million for Metro Louisville, the only Kentucky city large enough to receive CARES Act money. Fisher says that leaves some 400 other communities across the state still awaiting Congressional assistance.

That’s why municipal leaders want the next federal aid package to include payments to all cities and counties, regardless of population. They also want the flexibility to use that money for other public services not directly related to pandemic response.

But Senate Majority Leader Mitch McConnell and some other conservatives have questioned more funding for local governments, saying federal taxpayers shouldn’t be asked to help pay off public pension debts that states and municipalities accrued before the pandemic.

“Our members aren’t asking for that,” says Jim Henderson of KACo. “If counties could get back to that point before COVID-19, that’s the only type of direct allocation that I hear from counties that they’re asking for.”

Fischer says such federal stimulus money, delivered directly to cities and counties, not funneled through states, will be critical to fostering an overall economic recovery.

“If [the] main street economy is not working... we’re not going to have a national comeback,” says Fischer.

Civic leaders across the commonwealth are also trying to balance how to reboot the economy without endangering public health. Gov. Beshear has mapped out a multi-stage approach to reopening many businesses throughout May. Potential dates to reopen restaurants to in-person dining as well as gyms, movie theaters, and daycare centers have not yet been set.

Boone and Kenton Counties are in the top seven counties for numbers of confirmed coronavirus cases. But Boone County Judge-Executive Gary Moore says he thinks northern Kentuckians are ready to reboot their local economy. The Republican says he prefers a reopening schedule that matches the faster pace unfolding in greater Cincinnati, rather than what’s happening in the rest of Kentucky.

“We would like the governor to look at Kentucky by regions, and those areas that are ready that seem to have a shared economy with counties around us from other states, we would like to be viewed differently,” says Moore.

Like Ohio, the state of Indiana is also pursuing a more aggressive schedule for reopening businesses. Democratic Mayor Greg Fischer of Louisville says that presents challenges for his metro area, which includes several southern Indiana counties. Indiana has had four times the number of COVID-19 deaths than Kentucky, so Fischer is encouraging Louisvillians to avoid going to southern Indiana, especially as restaurants there begin to reopen. 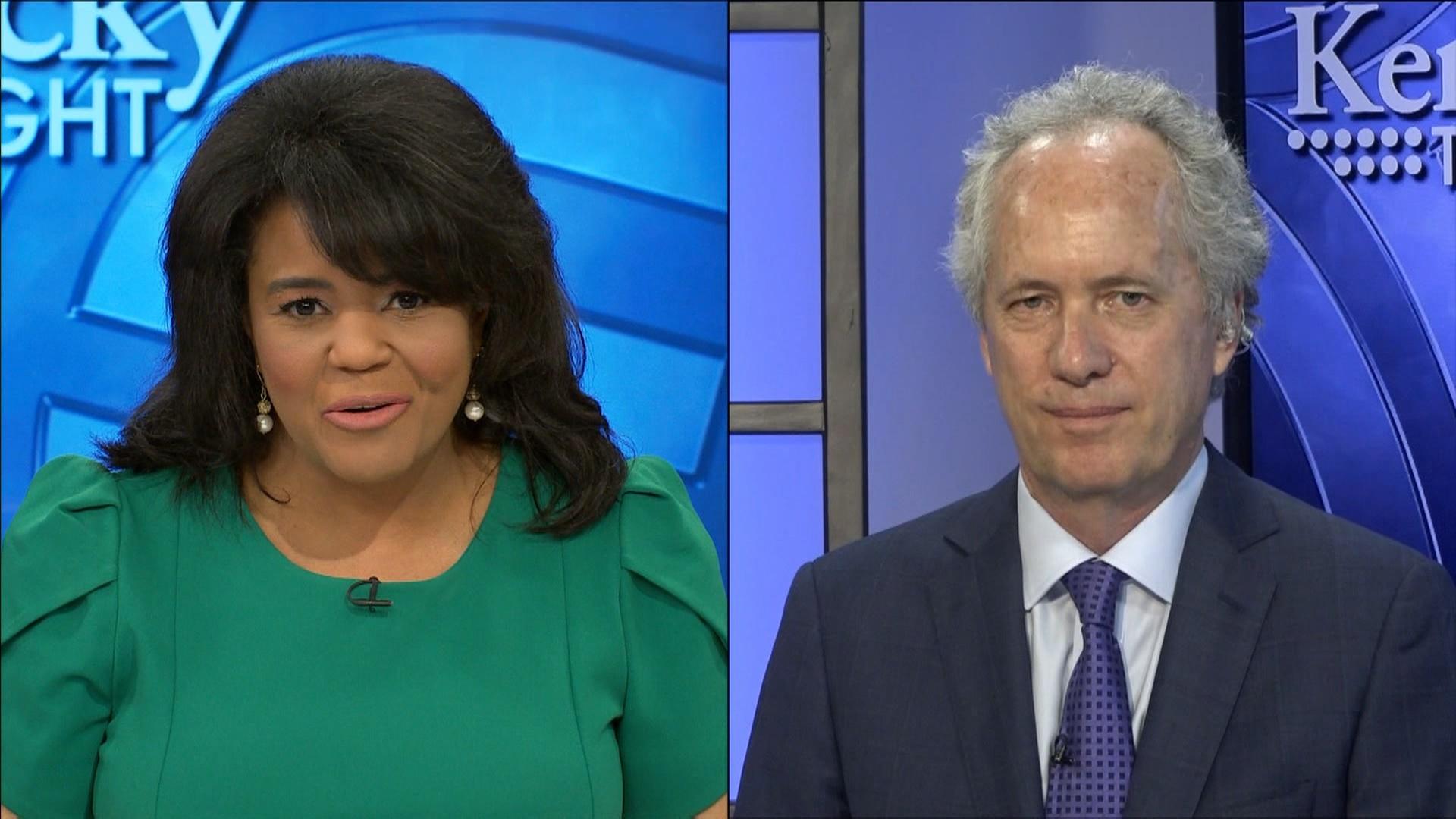