A discussion about how jobs and wages may be impacted by overtime compensation revisions from the Department of Labor and legislation passed in the General Assembly. Guests: Ashli Watts from the Kentucky Chamber of Commerce; Anna Baumann from the Kentucky Center for Economic Policy; Julia Crigler from Americans for Prosperity; and Caitlin Lally from United Food and Commercial Workers Local 227.
Season 23 Episode 27 Length 56:33 Premiere: 06/06/16

A new overtime regulation from the U.S. Department of Labor set to take effect Dec. 1 2016, could impact some 55,000 Kentucky workers. The new rules aim to boost the take home pay of middle class workers – or give them more free time and put an end to uncompensated hours.

Meanwhile state lawmakers continue to debate the merits of increasing Kentucky’s minimum wage above the federal level and legislation regarding right to work.

Monday’s Kentucky Tonight on KET explored how these issues could affect employees and employers in the state. The guests were Anna Baumann, research and policy associate at the Kentucky Center for Economic Policy; Caitlin Lally, communications director for United Food and Commercial Workers Local 227; Julia Crigler, state director of Americans for Prosperity; and Ashli Watts, vice president of public affairs for the Kentucky Chamber of Commerce.

More Workers Set to Earn Overtime
Last month the Department of Labor announced that the threshold/baseline for salaried, white-collar workers to earn overtime pay would double. Currently, employees making a salary of less than $455 a week (or $23,660 a year) qualify for time-and-a-half pay when they work more than 40 hours a week. As of December 1, workers with a weekly salary of $913 (or $47,476 annually) or less will be eligible for overtime. The new rule also calls for the threshold to be automatically adjusted every three years.

Under the new rules, employers can:

“The reason the raise is almost doubling is because it’s only been raised once since 1975, and the current level, $23,660, is below the poverty line for a family of four,” says union representative Caitlin Lally. “So this is something that’s way overdue.”

“I think all around it’s a good policy change,” says Baumann. “It will help our middle class grow, it will protect people’s work-life balance, it will make workers more productive, and that will be good for business [and] it will be good for the economy.”

White-Collar Professionals Risk Losing Flexibility
Even before the new overtime rule was finalized, Republican lawmakers introduced legislation in the U.S. House of Representatives and Senate meant to stymie the increase. The Protecting Workplace Advancement and Opportunity Act, which is backed by the U.S. Chamber of Commerce and many state chambers, calls for a more thorough economic analysis of any overtime rule change and would prevent an automatic increase of the threshold every three years.

“We just need to understand that government wage mandates are really no substitute for economic growth,” says Ashli Watts of the Kentucky Chamber of Commerce.

Watts agrees that a change to the overtime threshold is overdue, but she says business leaders see the immediate doubling of the cap as too drastic. Instead, Watts says the increase should be phased in over several years. Plus she contends the rule change will “unprofessionalize” white-collar careers when those workers are forced to punch a time clock and lose the scheduling flexibility they may have previously had at work.

The rule applies to those working in public sector and government jobs and well as individuals employed by small businesses and non-profit organizations. But a number of job classes are exempt from the new rule, including teachers, doctors, and lawyers as well as certain computer employees and outside salespeople. Julia Crigler of Americans for Prosperity in Kentucky says the exemptions prove the rule will have an adverse economic impact.

“If we’re exempting some employers and not all, why?” Crigler asks. “Are those employers just better able to afford the lobbying capacity to exempt them, and if it’s bad for some employers, wouldn’t it be bad for all employers?”

Finding the Money to Pay More Overtime
Businesses do have some flexibility in how they implement the new rule. Employers can pay any overtime earned, or they can limit a worker’s time to 40 hours a week and shift the extra job duties to other employees or new hires. They can also increase the employee’s salary to above the threshold so that individual would no longer qualify for overtime pay. Or the employer can reclassify a particular job or adjust the salary to limit their overall payroll expenses.

Whichever route an employer chooses, Crigler and Watts says the additional compensation will have to come from somewhere.

“Our businesses are telling us that to simply stay in business in this kind of tepid economy, they’re going to keep compensation the same,” adds Watts.

For their part, Lally and Baumann contend that the new rule should benefit employees who might receive more pay or get more time away from work to spend with their families or pursue other interests.

“The overtime issue is just part of a larger conversation that’s going on right now around scheduling … and work-life balance,” Lally says.

Plus Baumann says there can be consequences for employers who don’t compensate their employees fairly.

“If they do lose benefits or if their salary is cut, then in a tighter labor market there are more options for them and employers risk losing [experienced employees] and they would have to deal with the costs of hiring and training new workers,” Baumann says.

Other Wage Issues
Other local, state, and federal policies can affect the paychecks of workers. While Frankfort lawmakers continue to debate a minimum wage increase in the commonwealth, officials in Lexington and Louisville have approved raises for employees who make the minimum wage in those communities. Watts says the Kentucky Chamber generally opposes mandated wage increases, but she says their members are actually mixed on the issue since many employers in the state already pay above the current federal minimum wage of $7.25 per hour.

Right-to-work legislation frees employees from the mandate that they join or pay fees to a union that operates at their place of work. Kentucky is the only southern state without a right-to-work law, which many Republicans and business leaders say hurts economic development prospects in the commonwealth. Lally contends the state has done well in attracting jobs despite not having right-to-work. Plus she says workers in right-to-work states earn about $1,500 less per year and have less access to employer-sponsored health insurance than their counterparts in states that don’t have that designation.

Watts says many businesses don’t even consider locating in Kentucky because it’s not right-to-work. Crigler contends the state gets by without right-to-work because it offers so many tax breaks and other economic incentives to lure businesses and jobs to the commonwealth. She contends such examples of “corporate welfare” should be eliminated as part of a greater overhaul of Kentucky’s tax system.

All four of the panelists agree that tax reform is overdue, even though Watts says it will be difficult for lawmakers to agree on how to balance cutting taxes with generating revenue. Baumann says a tax overhaul should raise new funds for services that will help families and communities thrive but not exacerbate income inequality. Lally adds that tax revenues could be used for better workforce training programs and infrastructure improvements. 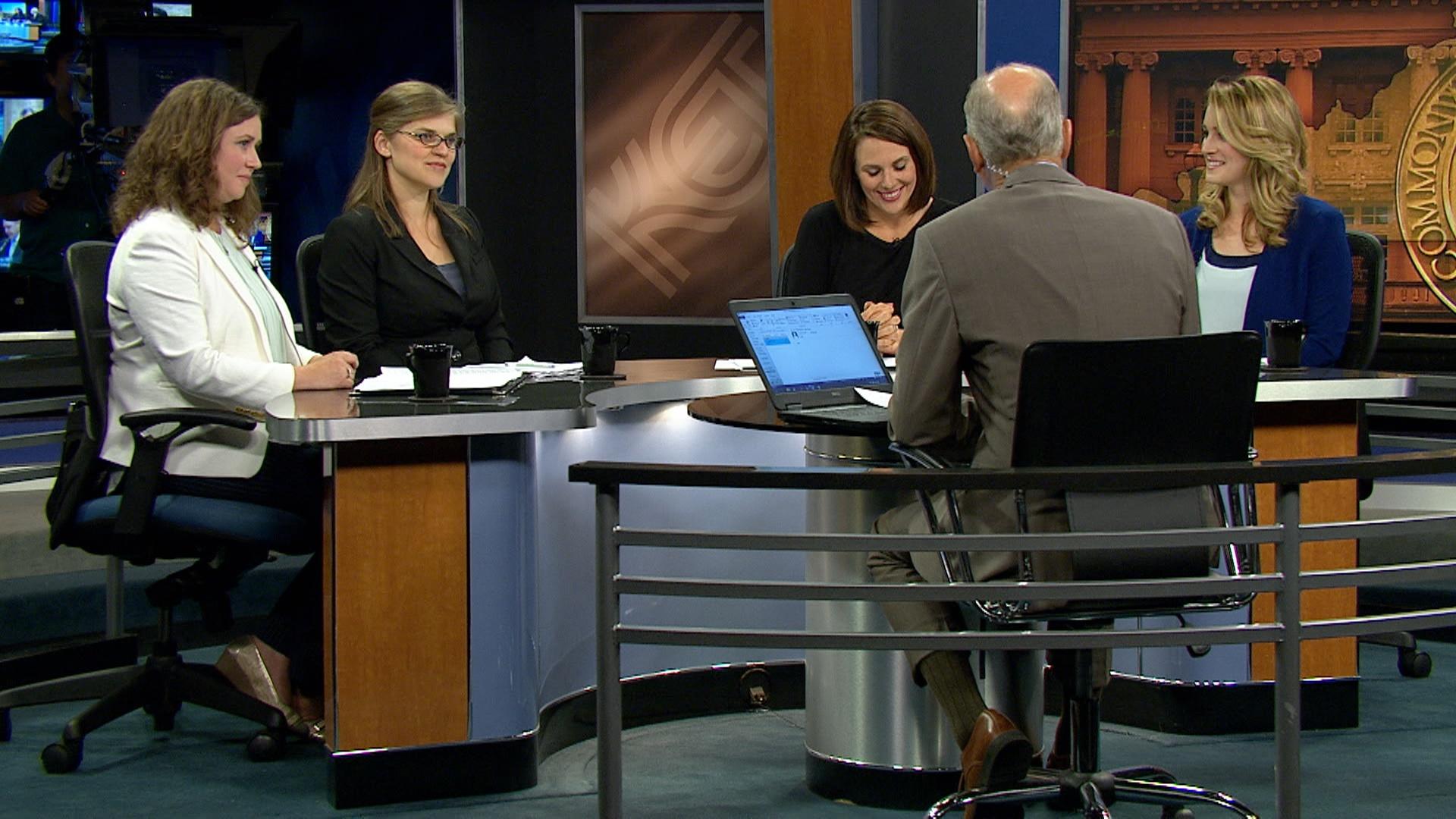