On the campaign trail, Donald Trump promised an overhaul of immigration policies that would protect American jobs and strengthen national security. His platform included building a border wall with Mexico, increased deportations of illegal immigrants, and limits on legal immigrants and refugees coming into the country.

But as president, Trump has found implementing those plans isn’t so easy. His travel bans targeting people from predominately Muslim countries faced swift criticism and legal challenges. Democrats and some Republicans oppose Trump’s plan to end the Deferred Action for Childhood Arrivals program unless Congress acts within six months to save it. And the president’s call for a border wall faces stiff opposition from those who say it won’t work or is a waste of money.

Response to the President’s Policies
“Donald Trump explicitly said during campaign on numerous occasions that if you were here illegally, you needed to return to your own county, no ifs, ands, or buts,” says Dan Rose of Americans First. “He got elected president, so that tells you quite a bit about the American people and where they are on immigration.”

But the reality may be murkier than that. A Washington Post/ABC News Poll conducted in mid-September shows that 62 percent of Americans disapprove of the president’s handling of immigration issues so far. A vast majority of those surveyed – 86 percent – support keeping DACA, the program that allows undocumented immigrants brought into the U.S. as children to stay in the country under certain circumstances.

A majority of respondents also favor tighter border security and mandates for employers to verify the immigration status of their workers. Smaller majorities oppose the building a border wall and limiting legal immigration.

Rose says he hopes President Trump will refocus the nation’s immigration policy on what will benefit Americans and not immigrants. He even favors even tighter limits on legal immigration. Jessamine County Attorney Brian Goettl says he supports much of what the president has done so far, especially to roll back immigration actions taken by former President Barack Obama. Goettl acknowledges that illegal immigrants contribute to the national economy – about $18 billion in tax revenues, according to the Federation for American Immigration Reform. But he says they also cost local, state, and federal governments $135 billion.

“Immigrants do benefit the country but illegal immigrants are a major drain on taxpayer resources,” Goettl says.

He adds that enacting immigration reform makes no sense without first securing the nation’s southern border. He also praises Trump’s focus on deporting illegals who are violent gang members and those who may be connected to terrorist groups.

But this crackdown on immigrants is fostering fear among groups of people who are vital to the nation’s economy, says the ACLU’s Kate Miller. She says immigrants, both legal and illegal, pay taxes and work jobs that many Americans won’t do. According to the Kentucky Center for Public Policy, undocumented immigrants in Kentucky pay $38 million in state and local taxes. Miller also contends the threat of deportation is actually hindering criminal justice efforts.

“We’ve seen certain Latino communities reduce the number of crimes that they’ve reported, particularly among domestic violence, sexual assault, and rape,” Miller says. “The reality is people are afraid, including victims of these types of crimes, of reaching out to law enforcement, and that endangers all of us.”

Immigration attorney Nima Kulkarni takes issue with what she sees as the arbitrary nature of Trump’s actions, especially in the travel bans. She says no one from the countries listed in those bans has perpetrated a terror attack on the U.S. Kulkarni also says the president’s orders have come without time for public comment or proper implementation. She argues that the immigration system is outdated and hampered by arbitrary caps on certain individuals.

“Our system is not geared towards what our employers need at this point,” Kulkarni says. “The legal quotas per country and by category were enacted in 1990. That’s before the Internet, that’s certainly before Google, that’s before any of the technology that we understand today was even in existence.”

Young Immigrants Could Face Deportation
Provisions of DACA date back to 2001 when U.S. Senators Dick Durbin (D-Illinois) and Orrin Hatch (R-Utah) first proposed the DREAM Act to help immigrants brought here as children eventually achieve permanent residency. Lawmakers made multiple attempts to pass the legislation, each one ending in failure.

Then in 2012, President Obama folded DREAM Act requirements into his executive action to create the Deferred Action for Childhood Arrivals program, or DACA. Immigration advocates hailed the move, while Republicans criticized it as an abuse of executive power.

Last month President Trump gave Congress six months to replace DACA, otherwise he will end the program. That means the 800,000 youth now registered in DACA, including 6,000 Kentucky children, could be forced to return to a home country they’ve never really known.

“[They] have provided their information to the government, are able to work, have contributed in terms of taxes and into a Social Security system that they’re not going to benefit from,” Kulkarni says. “So you’re going to take those 800,000 individuals that have contributed substantially to our country and say now you are a priority for deportation.”

Miller says DACA is one program that organized labor and business interests actually agree on because the U.S. benefits from the talents these young immigrants have to offer. Goettl says he also supports the goals of the program.

“There should be a pathway for the DACA individuals to have citizenship,” Goettl says. “They’re here through no fault of their own.”

But Rose argues that allowing DACA children who were illegally brought into the country to remain here is like allowing the kids of bank robbers to keep the money their parents stole. He says it’s unfair to Americans that these illegal children receive a free public education and other social services

While Rose says all illegal immigrants should return home, he does think the youngest DACA children could be allowed to remain in America. He says that’s a trade-off he could accept in return for broader immigration reforms, like anti-sanctuary cities legislation, tougher penalties for illegal immigrants who return to the U.S. after a deportation, verification of an employee’s immigration status, and funding for a border wall and more border patrol officers.

“A Big, Beautiful Wall”
Trump made building what he called “a big, beautiful wall” a key part of his presidential campaign last year. Now the U.S. House is expected to vote this week on legislation that would provide $10 billion for the wall as well as add 10,000 more border patrol and customs agents, and allow National Guard troops to be deployed to the southern border and help round up immigrants who have overstayed their visas.

Goettl says he supports those expenditures as a way to strengthen overall security along America’s border with Mexico and stem the flow of illegal drugs into the U.S. Ross says lawmakers should divert some of the billions of dollars spent on the war in Afghanistan to build a border wall here.

It’s not just the cost of the wall that could be a problem. Miller says property rights are at stake in places where the wall would cross privately owned land or land held by Native American groups. Miller and Kulkarni also argue that a wall doesn’t address current trends in immigration.

“Net migration across our southern border has been zero since 2014,” Kulkarni says, “so this idea of a big, beautiful wall doesn’t make sense and hasn’t since 2014.”

Miller adds that a wall also won’t address the fact that nearly half of the undocumented individuals currently in the U.S. originally entered the country lawfully.

Historic Limits on Refugees
In the final year of the Obama administration, the U.S. allowed more than 100,000 refugees into the country. For the new fiscal year that started Sunday, Trump has set a cap of 45,000 refugees. He especially wants to limit refugees from countries where terrorism is a problem.

Kulkarni contends the idea that refugees present a security threat to the nation is baseless. She says the chance of an American citizen getting violently attacked by a refugee is 1 in 3 billion. But Goettl supports the president’s limits, saying such decisions should be based on the best interests of Americans, and not the claims of international humanitarian organizations.

As with support services for illegal immigrants, Rose says the money spent on refugees would be better spent on struggling American families.

“The entire refugee resettlement program, in terms of how it takes federal government money and funnels it through these quasi-religious organizations to resettle refugees, it’s basically a giant financial scam that’s hurting the American people,” Rose says.

If the president’s cap holds, it would be the lowest number of refugees the nation has welcomed since 1980. Miller says that would be a loss for America.

“It’s not just about having a heart and having compassion for the individual or the families that are entering the United States,” says Miller. “Those types of folks coming into our country and coming into Kentucky build a stronger Kentucky for everyone – they’re an asset to our communities.” 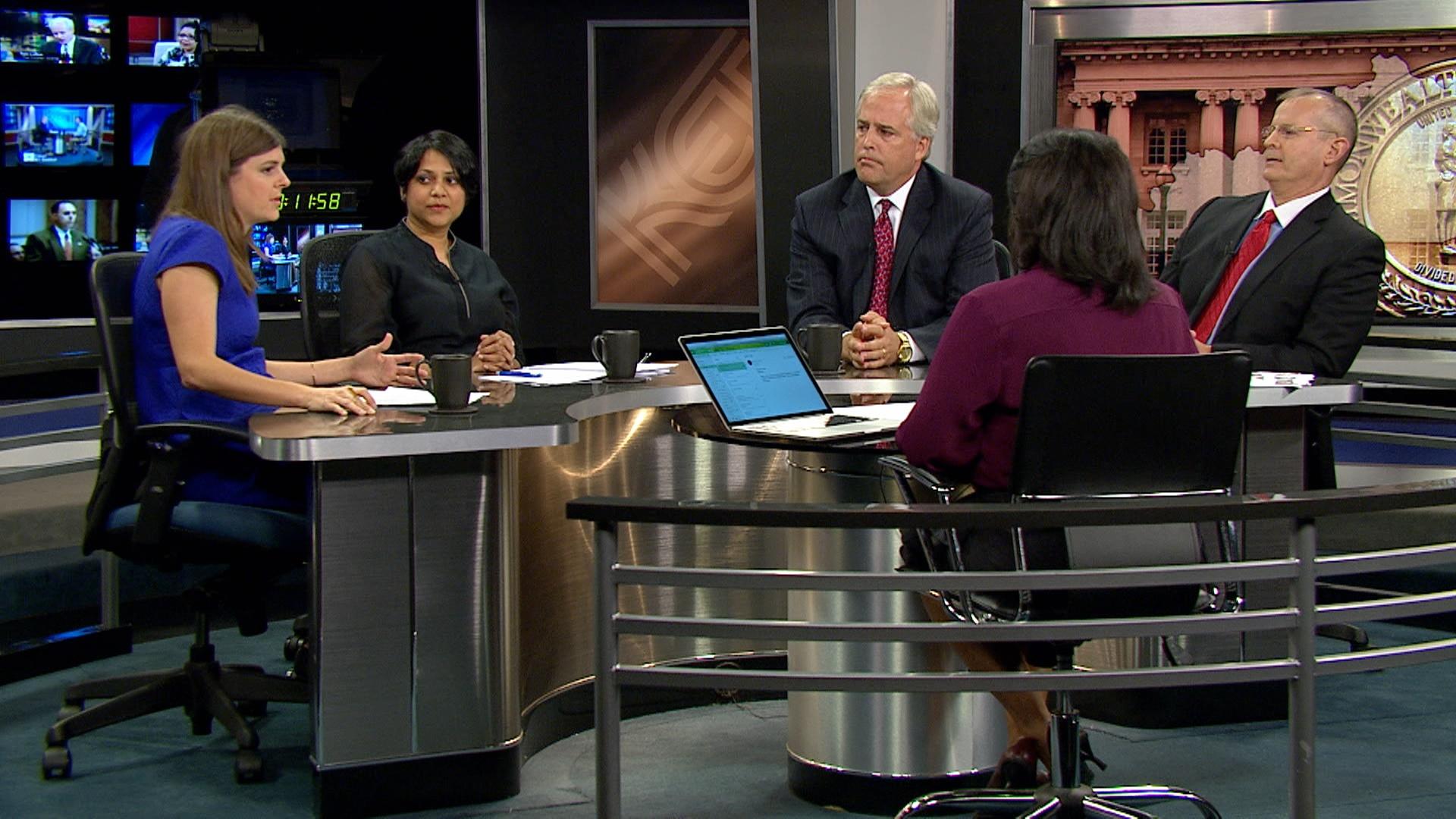