The Kentucky House of Representatives is expected to take up legislation that proponents say is designed to alleviate escalating medical malpractice insurance premiums, create a business climate that’s more welcoming to doctors looking to practice in the commonwealth, and improve health care for all Kentuckians.

Senate Bill 4 would create medical review panels that would assess malpractice claims before they are allowed to go to trial. Opponents of the measure say such panels subvert the jury system, can taint a plaintiff’s efforts to get justice, and create an unnecessary layer of bureaucracy.

How Review Panels Would Work
Under SB 4 any medical malpractice lawsuit that’s filed against a doctor, hospital, long-term care facility or other health care provider would first go before a medical review panel. That panel would consist of three Kentucky doctors with expertise in the specialty under question in the lawsuit. The chairman of the panel, an attorney selected to manage the case, would provide a list of doctors from which the plaintiff and the defendant each would choose one physician. Those two doctors pick a third specialist to round out the panel.

Sen. Alvarado says the panel will have six months to review the case and give an expert opinion about the malpractice claim. The doctors on the panel can decide that the plaintiff’s case has no merit; that the defendant’s failure to provide proper care contributed to the patient’s negative outcome; or that the defendant failed to provide proper care but that conduct did not lead to a negative medical result.

Regardless of the opinion rendered, the plaintiff can still take their case to court. The review panel opinion is admissible as evidence, and the doctors who participated on the panel may be called as witnesses. The party that wins a favorable opinion from the review panel pays all the expenses for the panel.

Rep. Benvenuti says the review panel process is meant to help weed out frivolous malpractice cases before they ever go to trial. An opinion in favor of the health care provider can indicate to a plaintiff that they may not have a strong enough case to take to court. An opinion favoring the plaintiff could encourage the defendant to settle the claim before it goes to a lengthy trial. He says the panels are meant to ensure that plaintiffs with legitimate claims get the compensation they deserve, and help protect providers from costly legal battles when they’ve actually done nothing wrong.

“You’re looking for a thoughtful process that is driven towards truth telling and getting to the truth, rather than simply just enriching lawyers,” says Benvenuti.

The representative says the legislation is the first step towards making Kentucky “more sophisticated” in how it handles legal liability issues. He says it’s part of overall tort reform sought by Republicans who contend it will improve the business climate in the commonwealth. The bill cleared the Senate on Jan. 5 with 23 – 13 vote, and now is awaiting action by the House.

’A Solution Looking for a Problem’
Alvarado, who is a practicing physician, has proposed similar legislation in previous General Assembly sessions. He says Kentucky has a reputation as being an overly litigious state when it comes to malpractice claims. He says the commonwealth is second among all states in the number of lawsuits filed.

Alvarado says the state’s litigious climate and expensive malpractice premiums lead to doctors leaving the commonwealth to practice in other states. He says it also contributes to higher health care costs as doctors order tests that may not be medically necessary but that could help protect them against a malpractice claim.

“The climate that we’ve got now – and it’s almost become the standard of care – is defensive medicine,” says Alvarado.

Even when a bad outcome was not the result of poor care, Alvarado says some doctors or health care providers may still choose to settle with a plaintiff. He says that’s because it may simply be cheaper to pay the settlement than fight the case in court.

“We settle these as a matter of a business decision, and that’s the kind of climate we’ve created in Kentucky,” says Alvarado.

“This is a solution looking for a problem,” says Harris. “If we really want to do something about fixing this problem of high insurance costs, let’s focus on the root problem, which is the medical mistakes.”

Harris contends a relatively small number of doctors accounts for many of the malpractice claims. He says litigation is the best way to prevent medical mistakes from happening

Constitutional Questions
Critics of the bill also contend the review panels could subvert state and federal guarantees to jury trials.

“This legislation grates on my sense of constitutionality,” says Sen. Webb.

“The best public policy is to maintain the jury trial and the access to that without a taint or without this side show,” Webb says. “If you have a jury trial, those are the kinds of things that change the standard of care to the better.”

Harris and Alvarado argue that SB 4 is constitutional and that nothing in the legislation usurps an individual’s access to a jury trial. Alvarado says his bill is based on medical review panels that the state of Indiana has used for several decades and that have been found to be constitutional. He says panels in Indiana find in favor of the plaintiff in 20 percent of cases.

Webb also criticizes Alvarado’s bill as currently written because she says it could present evidentiary issues when cases go to trial, and she says it creates unnecessary bureaucracy. She’s also concerned that the review panel process would force plaintiffs to wait longer for a resolution to their claims. Studies indicate that it can take up to two years for panels to render their opinions.

“In reality these things can drag out just as long as a court case and actually increase the length of litigation,” Webb says. “What happens in states with some of these panels is it actually deters settlement.”

Alvarado responds that a provider who receives a negative finding is motivated to move the case to a speedy resolution.

“If I’m a doctor and a panel of likewise physicians looks at me and says you screwed up here, I don’t want to go to court and have to fight that out,” says Alvarado. “You’re going to settle that very quickly. “

Supporters of review panels also say they help weed out frivolous lawsuits before they can go to trial. But Webb says the legal system already has protocols for identifying baseless lawsuits, and that good attorneys will properly vet a plaintiff’s claim to see if it has sufficient merit to proceed to court.

Issues for Long-Term Care Providers
Critics also question the idea of doctors issuing review panel opinions. Harris says many doctors won’t be willing to find fault with a fellow physician. From his personal experience as a doctor who has reviewed malpractice cases, Alvarado says good physicians are eager to point out bad care that would reflect poorly on their profession.

Malpractice cases aren’t just an issue for individual doctors, though. Alvarado and Benvenuti say health care facilities are also facing increased premiums for liability coverage. Alvarado says a highly rated Lexington nursing home that he works for must pay $750,000 a year for malpractice coverage of that 90-patient facility. He says that’s money that could go to paying employees more, hiring additional staff, expanding facilities, or other things that could improve the quality of care they provide.

“We have an aging population, we have a sick population, and we’re driving our long-term care providers out of the state,” says Benvenuti. “That’s simply not good public policy.”

On the other hand, Kentucky ranks number one in serious deficiencies in nursing home care, and a third of the state’s long-term care facilities are rated below average, according to Webb.

Even so there are still relatively few malpractice claims. The Kentucky Department of Insurance indicates preventable medical errors lead to at least 2,700 deaths a year in the commonwealth, yet there are fewer than 500 malpractice claims filed each year. Webb contends the real issue is the profits that insurance companies are making, and she contends legislation should address that problem rather than trying to limit relief options for plaintiffs. 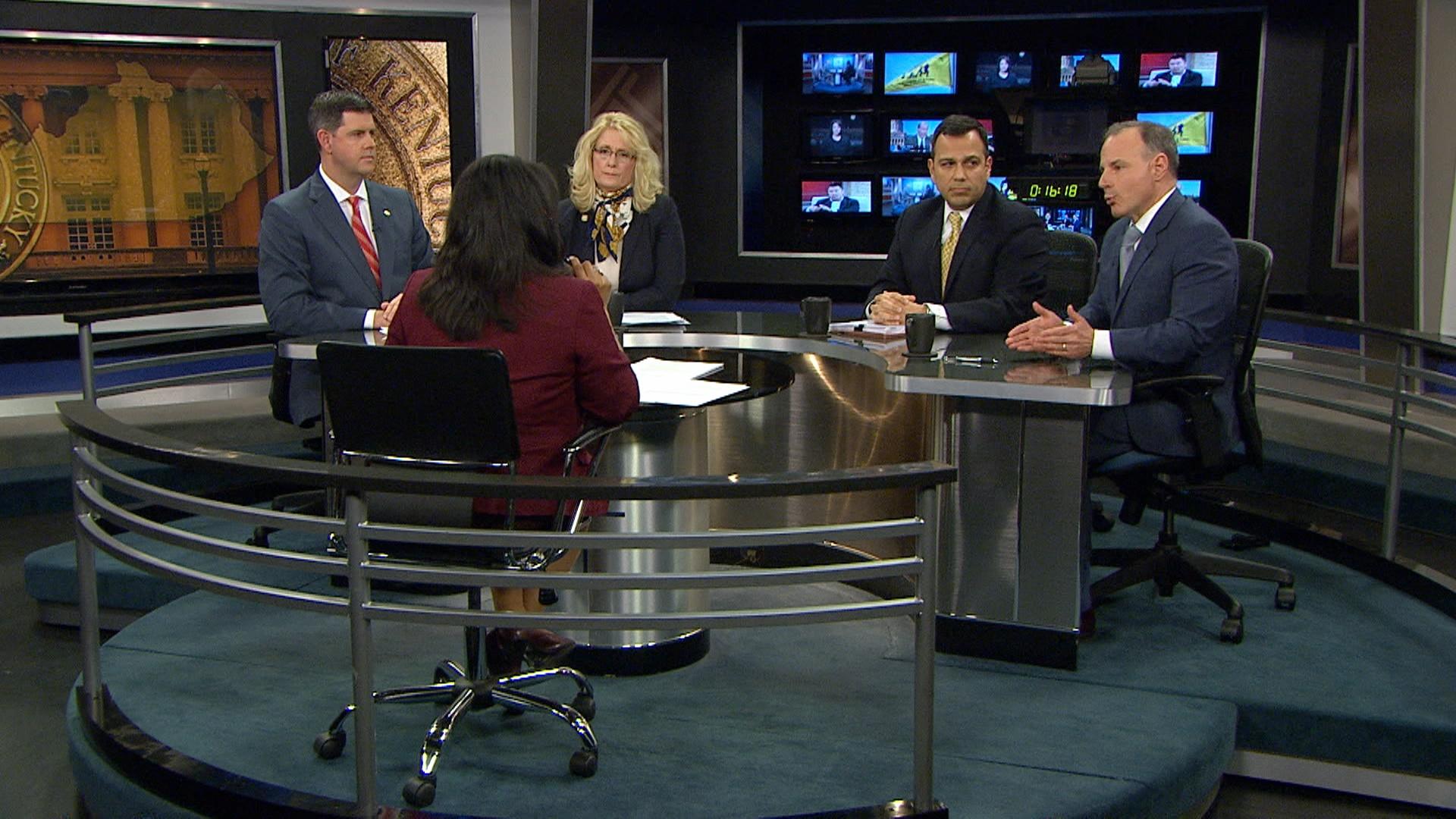