Is it possible that Donald Trump could be Reagan-esque?

And what can U.S. Senate candidate Jim Gray do to help down-ballot Democrats?

Prospects for Donald Trump
New York businessman Trump won the state’s Republican presidential caucus in March, drawing 36 percent of the vote. Michael Hail says Trump is generating enthusiasm among Kentuckians who are not usually politically active, and those voters who yearn for an outsider that will bring a new political agenda to Washington.

Hail likens Trump to former President Ronald Reagan in terms of being able to connect with audiences through a down-to-earth speaking style. He says Trump could also be a “Teflon president” in that nothing he says seems to stick to him politically. Hail adds that Trump’s campaign could easily revive Reagan’s famous question to voters from his winning 1980 campaign against incumbent President Jimmy Carter: “Are you better off now than you were four (or in this case eight) years ago?”

John Heyrman contends it may be pointless to over-analyze Trump’s platform because he says so much of the Republican’s appeal is based on his anti-establishment persona rather than his policy specifics. While some polling indicates that Trump does especially well with less-educated voters and lower-class whites, Heyrman believes the businessman’s support is much broader than that.

“It isn’t really accurate to say that he’s a working-class candidate,” Heyrman says. “He’s getting working class support and he’s also getting a lot of wealthy support.”

But Trump remains a very different candidate for GOP traditionalists. Hail notes Trump’s stance against free trade as a key example. Despite – or perhaps because of – that stance, Scott Lasley says Trump does well in eastern Kentucky. He says Trump may be able to win traditionally Democratic areas that have a populist bent and that have struggled economically since the passage of the North American Free Trade Agreement in 1993.

But things are very different this year: the former Secretary of State defeated Vermont Sen. Bernie Sanders by fewer than 2,000 votes in the Kentucky primary.

Nancy Cade attributes much of Clinton’s downfall in the commonwealth to a statement she made at a town hall meeting in March. When talking about her plan to protect the environment and revitalize struggling coal-producing communities, Clinton said her policies would put “a lot of coal miners and coal companies out of business.”

With that, Cade says Clinton “pretty much shot herself in the foot.” And the voting last week seems to confirm that. For example, Scott Lasley says Clinton carried Pike County with 90 percent of the vote in 2008. This year, she lost the eastern Kentucky county to Sanders by 28 points.

The political scientists agree that Clinton faces an uphill battle with Kentucky voters based on her statement about coal (and by extension her support of the Obama administration’s environmental regulations). But there’s another difference between the Hillary of 2008 and 2016. Michael Hail says Clinton’s policy positions are more liberal now than they were eight years ago. He says that shift may not sit well with conservative Kentucky voters.

“Regardless of whether it’s social policy issues like gay marriage or whether it’s economic issues like coal, Hillary is much farther to the left than she was,” Hail says. “That’s going to play into the general election.”

Race and gender also come in to play. Cade says Clinton won the state in the 2008 primary partially because there were some Kentuckians who simply wouldn’t vote for a black man for president. Now that this year’s race looks to be between a white Republican man and white Democratic woman, Cade says Clinton could suffer. She contends Kentuckians don’t vote for female candidates in large numbers – and that tendency isn’t limited to just Democrats.

“I’ve also talked with Republicans who do not like Trump, but they’re going to vote [for] Trump because they will not vote for a woman,” Cade says.

Bernie Sanders and Independent Voters
Like elsewhere in the nation, Bernie Sanders generated significant support among college-age Kentuckians, according to the professors. But Heyrman notes that enthusiasm doesn’t always translate to votes among the younger demographic.

Hail says Sanders and Republican Donald Trump are alike in that they are both political outsiders looking to shake up the Washington establishment. But Cade says that’s left some voters feeling like the presidential election has been hijacked by outsiders.

“Sanders, who’s doing extremely well, has been a Democrat since he declared, and you’ve got Trump, who has won the Republican nomination for all intents and purposes, [and has] been a Republican since he declared,” Cade says. “So neither one of them are traditional political party members.”

In addition to disrupting the political establishment, Sanders has called on Democratic Party leaders to open the primary process to all voters. Scott Lasley says primary elections were traditionally closed because they were seen as the way for the party to pick its nominee. Plus, having closed primaries forced voters to register their allegiance with one party or the other.

But Lasley says views on primaries are changing. First, he says voters registered as independents argue that balloting should be open all since taxpayers fund primary elections. He also says people are starting to consider primaries as the first stage of selecting a president, not as a party function.

“If you see this as the first step of a two-step process, that makes the argument that independents should participate a lot more compelling,” Lasley says.

Can Gray Win Even by Losing?
Lexington Mayor Jim Gray may have easily won the Democratic nomination in the U.S. Senate race, but the political scientists say it’s highly unlikely that he’ll unseat incumbent Sen. Rand Paul. That doesn’t mean that Gray can’t have a positive impact for other Democrats running in November.

Lasley contends the party recruited Gray to the Senate race largely because of his personal wealth. (Gray is the former president and CEO of his family’s international construction company.)

“That’s what makes him the most attractive candidate they had – not because he can win, but because he can wage a campaign and develop an infrastructure to go out and compete,” Lasley says.

By engaging Democrats and encouraging them to turn out, Lasley says Gray can help his party be more competitive in critical state legislative races farther down the ballot.

The Fate of the House and the Future for Democrats
Lasley and Hail say the combination of Clinton’s unfavorables and Trump’s strength among rural conservatives will create coattails for down-ballot Republicans. That in turn will enable the party to gain control of the Kentucky House of Representatives for the first time in nearly a century. The House is now the last legislative chamber in the South controlled by Democrats.

Cade says Democrats may try to “Bevin-ize” races for the state legislature by drawing attention to some of the unpopular polices enacted by new Republican governor Matt Bevin. She says Democrats need to do that in order to generate better turnout than they did in the 2015 gubernatorial race.

If the GOP is able to wrest control of the House, Heyrman says the party’s domination in Frankfort will bring more than just legislative benefits.

“A big prize if Republicans win the House is that they get to redistrict,” Heyrman says, referring to the legislative redistricting process. “That’s a huge deal, so that could help them keep the House.”

Until that happens though, Hail says state Democrats need to figure out how to rebrand themselves. 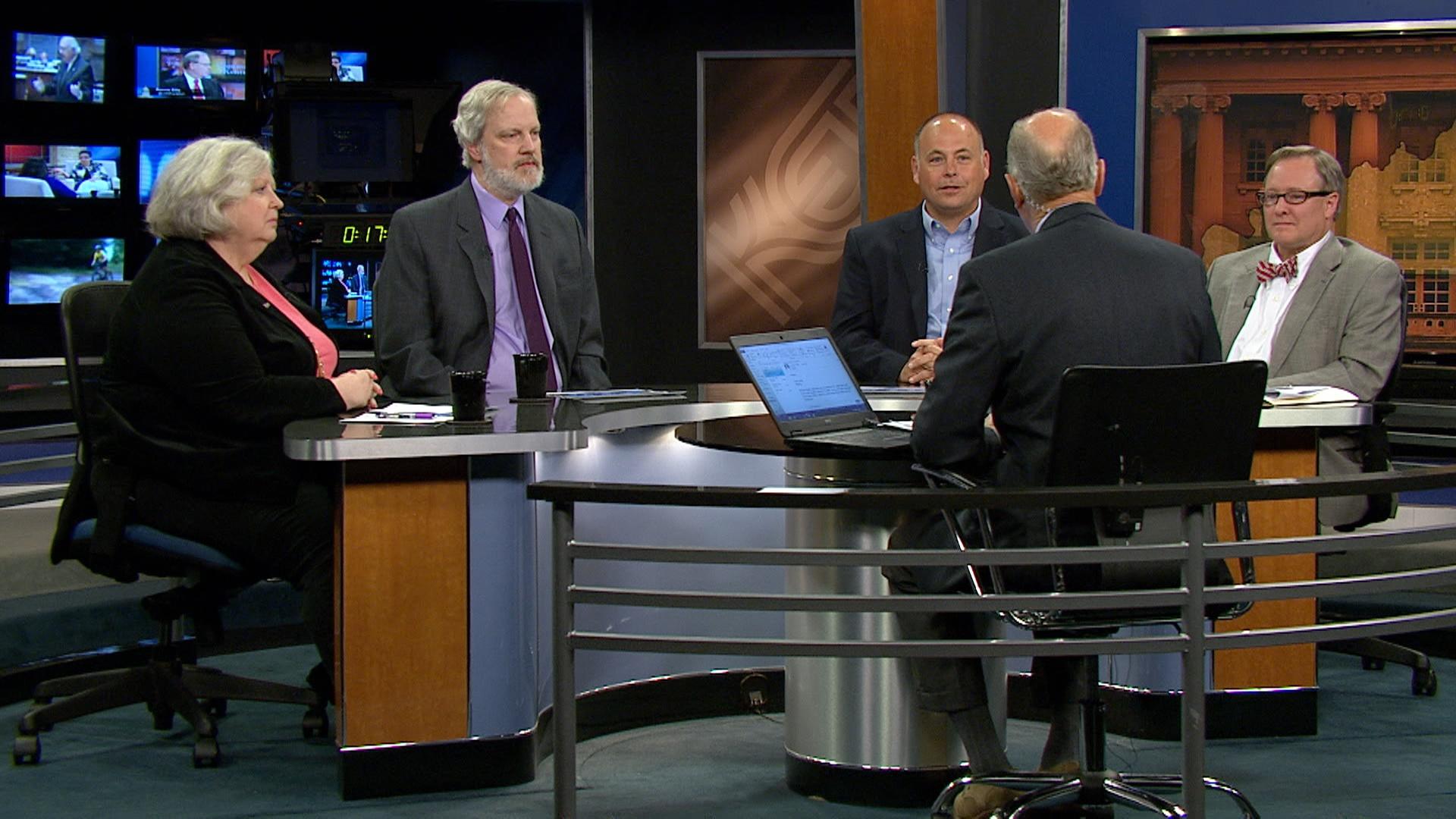