Candidates running in the Democratic primary for Kentucky State Treasurer appeared on Monday’s edition of Kentucky Tonight on KET. Here’s a recap of what contenders Neville Blakemore and Rep. Rick Nelson said about themselves and their vision for the office of treasurer.

Louisville businessman Neville Blakemore spent the past decade growing his company, Great Northern Building Products, where he is president and CEO. As treasurer, Blakemore says he would focus on balancing the state checkbook, eliminating waste, and bringing accountability to the state boards on which the treasurer serves.

Rick Nelson has represented state House district 87 in Harlan and Bell Counties for 15 years. He was born in a Harlan County coal camp and retired from teaching school after 29 years. Despite a modest annual budget of about $3 million, Nelson says he wants to make the treasurer’s office something he can be proud of.

“The treasurer has the lowest budget of any of the constitutional offices, so a lot of things you have to do on your own,” Nelson said. “You have to promote it yourself… you have to make your office relative.”

An “Independent” Treasurer
There’s been debate in recent years about whether Kentucky even needs a formal treasurer any more. In 2014 the state Senate voted to abolish the position, and one candidate running for the office this year, Lexington Republican Jon Larson, argues the position is no longer needed.

But both Blakemore and Nelson contend an independent treasurer ensures proper execution of state government’s financial functions. Blakemore says those who advocate for eliminating the treasurer’s office have more trust in government than he does. He explains that allowing a governor to appoint the treasurer or making the treasury a part of some other executive branch cabinet would be an invitation for corruption.

Nelson agrees that the office should remain independent. He says he could see a scenario where a governor could try to plug a budget hole by telling his appointed treasurer to manipulate the unclaimed property fund in such a way as to turn more of that money over to the state’s general fund.

Challenges Facing the Treasurer
Nelson says the biggest challenge facing the treasurer is to maintain the system of checks and balances on state spending. He explains that the treasurer prints all state checks, and that the General Assembly should authorize that spending. But if the treasurer sees a suspicious check request, Nelson says it’s his or her responsibility to “go to bat for the taxpayers of Kentucky” and question the transaction.

Tackling the Pension Problem
Blakemore argues that the state can’t tax its way out of pension under-funding. He says the treasurer should ask “investigative questions” and explore the variables to get at the root of the pension issues. Blakemore says the problem will ultimately require gubernatorial leadership and legislative action, but that the treasurer can provide a watchdog role to critique the solutions being explored.

Nelson says he’s concerned about the management of teachers’ pension funds. He says KTRS investments made about $6 billion in the last five years. Yet the unfunded portion of the system actually increased from about 39 percent to 47 percent. Nelson contends the treasurer must use the “bully pulpit” of the office to call attention to problems like that. He says he would also push for more transparency in the pension system.

Other Board Functions
In addition to sitting on the KTRS board, the state treasurer is a member of six other state boards, including the Kentucky Lottery board and the state investment commission.

The two Democrats agree the treasurer can play a valuable role in the functioning of those groups and the impact they have on Kentuckians. Nelson points to how the lottery board directs funding to the Kentucky Educational Excellence Scholarship (KEES), which he says has provided some 125,000 students with $200 million in financial aid. Blakemore adds that innovative cash management policies by the state investment commission saved taxpayers $100 million during the recession years.

Blakemore says before he launched his candidacy, he solicited feedback from the directors of all seven boards on how the treasurer can add value to those groups. He says the treasurer’s vote on those groups has greater weight because of the independent, statewide nature of the office.

Changes to the Treasurer’s Office
Nelson says he would do an audit of the treasury upon taking office to see what changes may need to be made. He does advocate for a detailed website that allows the public to see how state money is spent. He also pledges to travel to every Kentucky high school to teach students about financial literacy.

Blakemore says he wants to focus on the core functions of the office to ensure that it’s being managed properly and that business is being conducted efficiently. He also promises to bring “strong Democratic values” and accountability to boards on which the treasurer is a member.

See the video and read a recap of the Kentucky Tonight conversation with Republican candidates for treasurer. 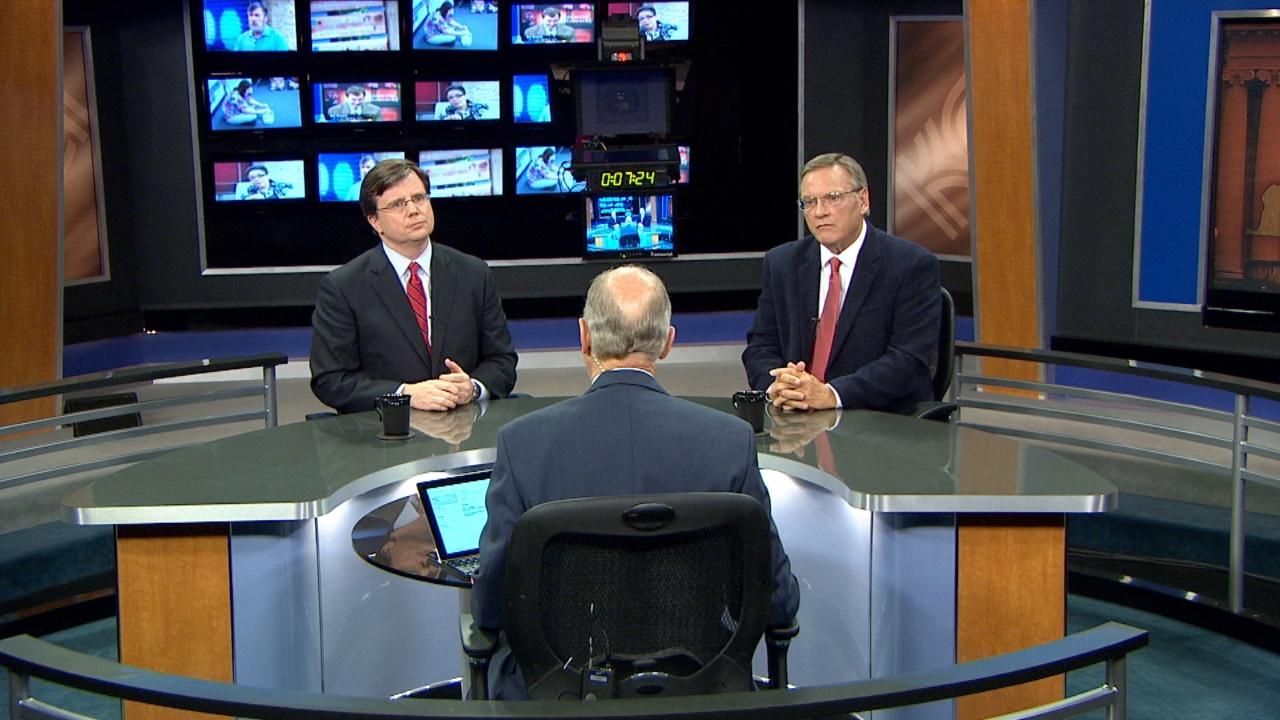