The program included: Jim Gray, mayor of Lexington and board chairman of his family’s construction company; Rory Houlihan of Winchester, a customer service representative for a home improvement store; Jeff Kender, a steelworker and a single father who lives in Pike County; Ron Leach of Brandenburg, a physician’s assistant and a retired U.S. Army officer; Tom Recktenwald, a retired employee of the Naval Ordnance Station in Louisville; and Sellus Wilder, a farmer and filmmaker as well as a former city commissioner and mayor pro tem in Frankfort.

Fellow Democratic contender Grant T. Short of Owensboro did not participate in the program.

The Democratic Spectrum
Democratic candidates for federal office haven’t fared well in the commonwealth in recent years. The last Democratic presidential candidate to win the state was Bill Clinton in 1996. Kentucky has only one Democrat in Congress at the moment, and Wendell Ford, who won his final election in 1992, was the last Democrat to serve in the Senate. State Democratic leaders have blamed the national party and President Barack Obama for being too liberal on certain issues and for endorsing policies, especially environmental regulations, that they say have hurt the commonwealth.

So where does that leave the Democrats running in this year’s Senate race? The candidates fall across the political spectrum.

“I’m neither afraid nor ashamed to label myself as a bleeding heart liberal,” says Tom Recktenwald. He contends Kentucky has selected establishment Democrats to run for Senate over the last 20 years. Since they’ve all lost, Recktenwald says it’s time for the state party to try something different.

Rory Houlihan and Jeff Kender call themselves moderates. Houlihan says he admires longtime Democratic maverick and former Wisconsin Sen. William Proxmire. He adds that Jesus called on his followers to be moderate in all things. Kender says he falls in line with Democratic Presidents Franklin Roosevelt and Lyndon Johnson, but he says he also opposes gun control, too much environmental regulation, and lax immigration policies.

Ron Leach says people are often surprised that he’s a military veteran and a Democrat. He says there’s no contradiction in that because he says the Democratic Party is the only party that fights to establish a living wage for servicemen and women when they return home.

Sellus Wilder says he’s happy to own the label of “unabashed progressive.” He says Democrats lose in Kentucky because they have tilted too far to the right. He says the party needs a candidate who will fire up the base, not run away from it.

And Jim Gray says he’s not into labels because they don’t work. He says Democrats have swung to the right and left over the years but he believes the party is “alive and it’s still well” in the state.

In the Democratic presidential primary, Gray and Recktenwald support former Secretary of State Hillary Clinton, while Wilder favors Vermont Sen. Bernie Sanders. Houlihan and Leach say Clinton is the more qualified candidate, but they lean towards Sanders. Kender says he is not making any endorsements in the primary.

Campaign Finance Issues
Each of the candidates criticizes the role of big money in contemporary political campaigns. Leach contends the political committees of both national parties are more interested in how much money a candidate can raise or borrow from their own savings, rather than their experience and qualifications for office.

Both Gray and Wilder call for the U.S. Supreme Court’s Citizens United ruling to be overturned.

“When we agreed that money equals speech in politics, the effect of that is it disenfranchised folks without money because they don’t have a strong voice in our political system,” Wilder says.

He says the process now favors wealthy candidates over everyday citizens who have to balance the rigors of a campaign and working their regular jobs. Wilder also adds that he prefers public financing of campaigns, and he says super PACS should be removed from the process.

Gray, who has loaned $1 million of his own money to his campaign, says he respects Wilder’s and Leach’s frustrations.

“I acknowledge that I’ve been fortunate, I’ve been successful,” Gray says. “I have invested my own resources in a campaign because I believe in the ideas, I believe in our democracy.”

Jobs and the Economy
The six Democrats say the federal government does have a role to play in creating jobs and each of them maintain that as senator, they can help boost Kentucky’s economy. Gray and Leach say they support investing in infrastructure projects as a means to spur job growth. Leach also calls for more broadband internet service in rural areas of the state, and for further health care reforms to reduce the burdens of high medical bills on working-class families.

Kender says he would sponsor an Appalachian infrastructure bill in the Senate to build more road access into eastern Kentucky and to promote economic diversification initiatives including hemp production. He says the federal government should be more focused on the needs of struggling Americans.

“There’s something wrong when we’re sending our fortunes overseas and we’re letting our own country people starve,” Kender says. “What is wrong with this government? That’s why everyone is so fed up.”

Wilder also calls for a focus on eastern Kentucky with more federal grants to aid out-of-work coal miners and their families, make investments in infrastructure as well as broadband and cellular access, and provide more education and vocational training opportunities.

Houlihan says the government should use more diversified strategies and innovative business practices to fund infrastructure projects. He also says economic development initiatives should be developed and run at the local level instead of being directed by the federal government.

Recktenwald says he would fund infrastructure needs by changing how the gasoline tax is assessed. He also wants companies to give their employees more vacation days, which he says would create a need for more workers to cover for those taking time off.

Abortion and Planned Parenthood
The candidates support funding for Planned Parenthood’s education, contraception, and women’s health services. As for abortion, Recktenwald says that should be a decision made by the pregnant woman, her family, and her doctor, not members of Congress. Houlihan says he’s had to help make that decision when his stepdaughter became pregnant. Gray says abortion should be rare, safe, and legal, and left up to the woman and her doctor.

Wilder argues that everyone should have the right to make their own reproductive and end-of-life decisions. He supports better sex education programs, and he says employers shouldn’t get to decide if contraceptives are covered in their employees’ health plans.

Leach says the way to reduce abortions is ensure that the mother has what she needs to provide a good quality of life for her and her child.

Gray says he also supports background checks on gun buyers. He says the unwillingness of the federal government to address gun violence illustrates the dysfunction in Washington.

While he supports gun safety education program in schools, Kender argues that there is overreach when it comes to gun laws, and he opposes any new restrictions. He contends that only law-abiding citizens obey gun laws. Houlihan agrees with that idea but he argues something must be done about the innocent lives lost to gun violence.

As for President Obama’s plan to send additional special operations forces to fight ISIS in Syria, Houlihan says he opposes that deployment. The other candidates say they support the president’s decision, although Recktenwald adds that America should fight with drones and smart weapons before putting additional troops on the ground. And Wilder calls for diplomatic efforts to “sow the seeds of peace” to complement any military strategy. 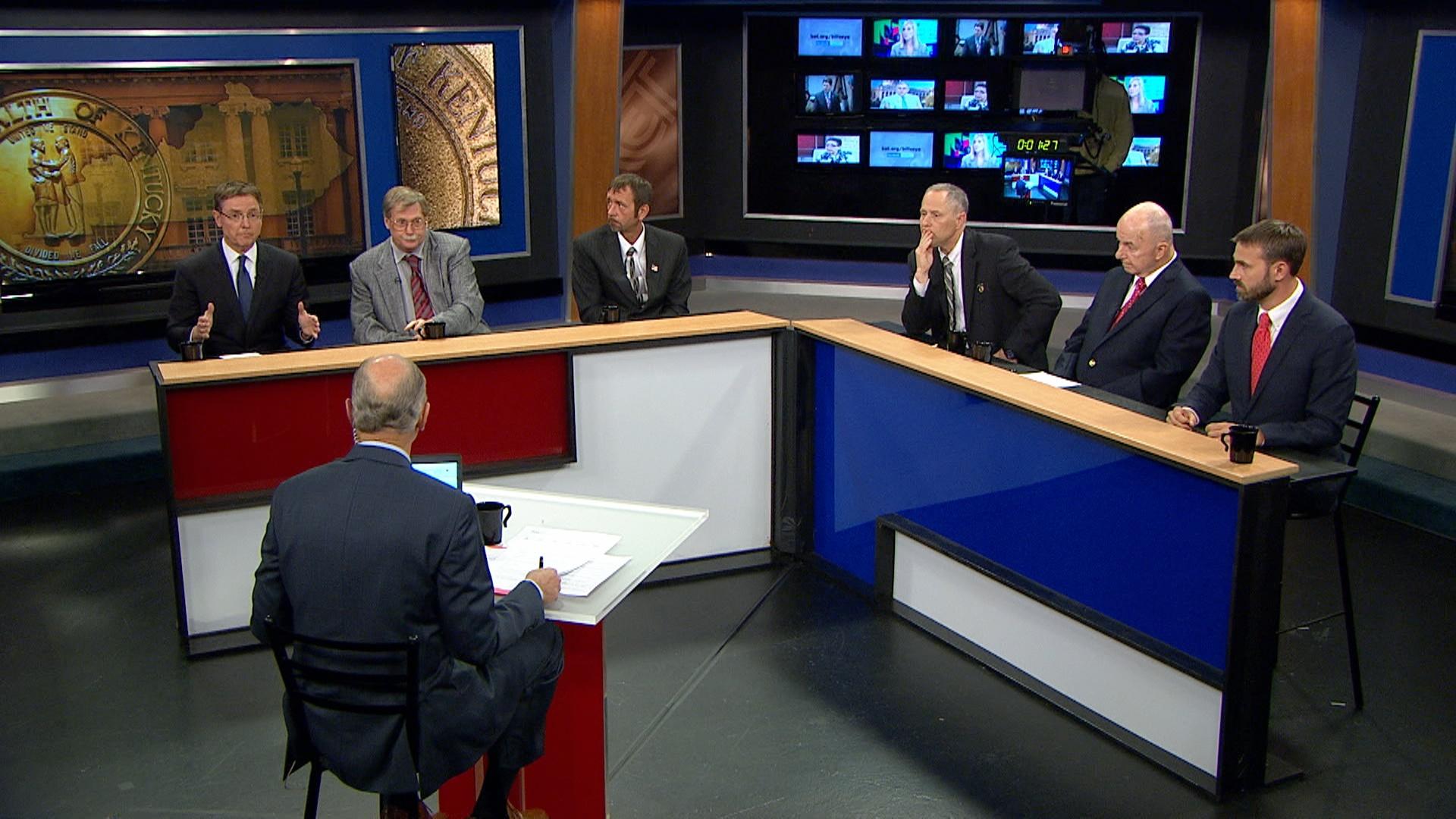