On Thursday, Nov. 14, at the request of Gov. Matt Bevin, county clerks around the commonwealth will launch a review of the vote totals in the gubernatorial race.

At stake is whether the recanvass reveals any improprieties that would allow the incumbent Republican to challenge the election results that currently give Democrat Andy Beshear the victory by just over 5,000 votes.

The recanvass comes after what Bevin called voting “irregularities” in last week’s elections.

University of Kentucky law professor Joshua Douglas says state law has no provisions for a formal recount of gubernatorial elections. So if Bevin remains dissatisfied with the outcome of the recanvass, he would have to contest the election to the Kentucky General Assembly.

Douglas says lawmakers would randomly select three senators and eight representatives to hear evidence and make a formal report to the full legislature. Then a joint session of the General Assembly would decide to uphold or overturn the election results. But several GOP and Democratic lawmakers have already said Bevin should concede the election if the recanvass doesn’t substantially change the vote totals.

“Having a recanvass is entirely appropriate,” says Jonathan Miller. “The real problem is the unsubstantiated claims of irregularities… That kind of discussion just further undermines confidence in the voters and in the system, and that’s troubling.”

Kelsey Cooper and Tres Watson agree that a recanvass is warranted given the close outcome of the race. The unofficial results give Attorney General Andy Beshear the win by 5,189 votes out of 1.4 million ballots cast last week. Watson says a candidate can’t contest an election simply because they don’t like the outcome. He says that the candidate must provide some evidence of an abnormality.

“Part of me wonders if Gov. Bevin [is] saying things purely to maintain a purity of his argument that there was an abnormality in case something pops up through the recanvass process,” says Watson.

Cooper says voter trust in elections is at risk the longer Bevin drags out his fight. She says barring any evidence of irregularities, Republicans are ready to move on and celebrate the victories they did achieve in all the other races for statewide office.

Meanwhile, Democrats like Christian Motley are enjoying their one victory from last week.

“A win is a win, says Motley. “Andy Beshear is our governor-elect and we look forward to seeing him govern, and govern in a way that really is about building consensus and moving the state forward.”

As a candidate, Beshear was underestimated throughout the primary and general election, according to Miller. But he says the Democrat overcame the Republican tide in Kentucky by running a disciplined campaign, mounting an extensive get-out-the-vote effort, and by being a model of integrity and respect.

“This election was ultimately determined on the issue of how we treat people – love your neighbor as yourself,” says Miller. “Kentucky voted in a way to recognize this biblical value… and to me that’s a thing that Democrats and Republicans can be proud of.”

“I’d say probably 25-30% of those people that they turned out to vote against Matt Bevin… voted for Andy Beshear and then voted straight Republican all the way back down [the ticket], says Watson. “Their ground game ensured that only one Democrat won.”

Since Beshear failed to garner even 50% of the vote, Cooper says the Democrat doesn’t have a mandate to govern. She contends the election was more about personality than party or policy.

“I don’t think people checked the box for a Democrat versus a Republican,” says Cooper. “I think it was Gov. Bevin or somebody else.”

Working with the Legislature

Assuming he does become governor, Beshear will have to work with GOP supermajorities in the state House and Senate. Republican leaders in the House invited Beshear to attend their annual retreat next month to discuss issues lawmakers will face in the 2020 legislative session.

“My hope is that they can begin a conversation that makes those first weeks of [the legislative] session productive,” says Motley.

Miller says he thinks Democrats and Republicans could find consensus on sports betting, medical marijuana, and education reforms. And he says Beshear has the benefit of a good mentor in his father, former Gov. Steve Beshear, who enjoyed a productive working relationship with Senate President Robert Stivers.

“There’s going to be fights here,” says Miller. “It’s not going to be all singing Kumbaya in harmony, but I do see a lot of opportunity for folks working together.”

Cooper agrees that Beshear’s best path to success is through bipartisan efforts to pass legislation. She says the Democrat needs to remember that Republicans still hold much of the power in Frankfort.

“The only thing that really would make me upset about this is that if [Beshear] gets credit for all of the GOP agenda,” says Cooper.

Beshear has pledged to rescind the Bevin Administration’s Medicaid waiver and to appoint new people to the state board of education. Watson says the Democrat must be careful in how he uses his executive powers, since Republicans have the power to enact legislation and override any vetoes.

“Robert Stivers and [House Speaker] David Osborne really control the state at this point,” says Watson. “If they chose to flex that legislative muscle, they could completely shut down anything Andy Beshear wanted to do.”

A Boost for Democrats

Could a 5,000-vote win in one race put Democrats on the path to revival in the commonwealth? Probably not, says Watson, given the dominant performance of the down-ballot Republicans.

“If I’m a Democrat out in rural Kentucky thinking about running to get back one of these [legislative] seats that Democrats have lost,” says Watson, “there’s nothing in those numbers that would encourage me to get in that race.”

But Miller says Beshear’s victory does give Democrats something they haven’t had during the four years that Republicans held the governor’s mansion and both chambers of the legislature – a prominent elected official to lead fundraising efforts for future elections.

“It becomes really, really difficult to raise money and to generate excitement and build grassroots support” without such a figure, says Miller.

He says that it’s incumbent on Beshear to help motivate donors large and small to give to Democratic candidates. By building that financial support, he says the party will have the funds it needs to mount a comeback. But Watson cautions that Beshear will have to navigate the tricky waters of working with Republicans on legislation he wants while raising money for Democrats to challenge those GOP lawmakers for seats in the General Assembly.

Daniel Cameron made history on Nov. 5 when he became the first African American elected to statewide office in Kentucky. The Republican and Louisville attorney defeated former House Speaker Greg Stumbo in the race for attorney general. (Current Lt. Gov. Jenean Hampton had the distinction of being the first African American elected on a statewide ticket when she ran with Gov. Bevin in 2015.)

Miller says the fact that the 33-year old Cameron could win in a majority-white state with a legacy of troubled race relations is something that Kentuckians can celebrate.

Another political newcomer, Republican Michael Adams, defeated Democratic stalwart Heather French Henry in the race for secretary of state. That result was the closest of the down-ballot contests with Adams garnering 52% of the vote to Henry’s 48%.

Miller says Henry, who served in the Kentucky Department of Veterans Affairs under Gov. Bevin and former Gov. Steve Beshear, wanted to run a positive campaign, which he says contributed to her defeat. He says it’s difficult to win in this political climate when you don’t draw contrasts between you and your opponent.

Watson says both candidates avoided going overtly negative in the race. Even though Henry raised more money than Adams, Watson says the Democrat spent her funds on consultants and travel, while the Republican devoted his money to targeted media buys.

Cooper contends the Secretary of State’s race represents a lost opportunity for Democrats because she says Henry is well-liked among Republicans for her work with veterans. She says Henry could have won if she had been advised correctly.

The biggest vote-getter among all the candidates on the ballot last week was Allison Ball. The Republican incumbent state treasurer secured 850,000 votes in her defeat over Democrat Michael Bowman.

Despite losing to incumbent Auditor Mike Harmon, Democrat Sheri Donahue has a bright future, according to Miller. He says Donahue ran a strong primary campaign this year to get the Democratic nomination for auditor, and she had a competitive race in her bid to unseat state Sen. Julie Raque Adams of Jefferson County last year.

Finally, Republican incumbent Ryan Quarles sailed to victory in his race to be re-elected as commissioner of agriculture. Watson says Quarles, Ball, and Cameron, who are all under 40 years of age, provide Republicans a formidable bench for the future. 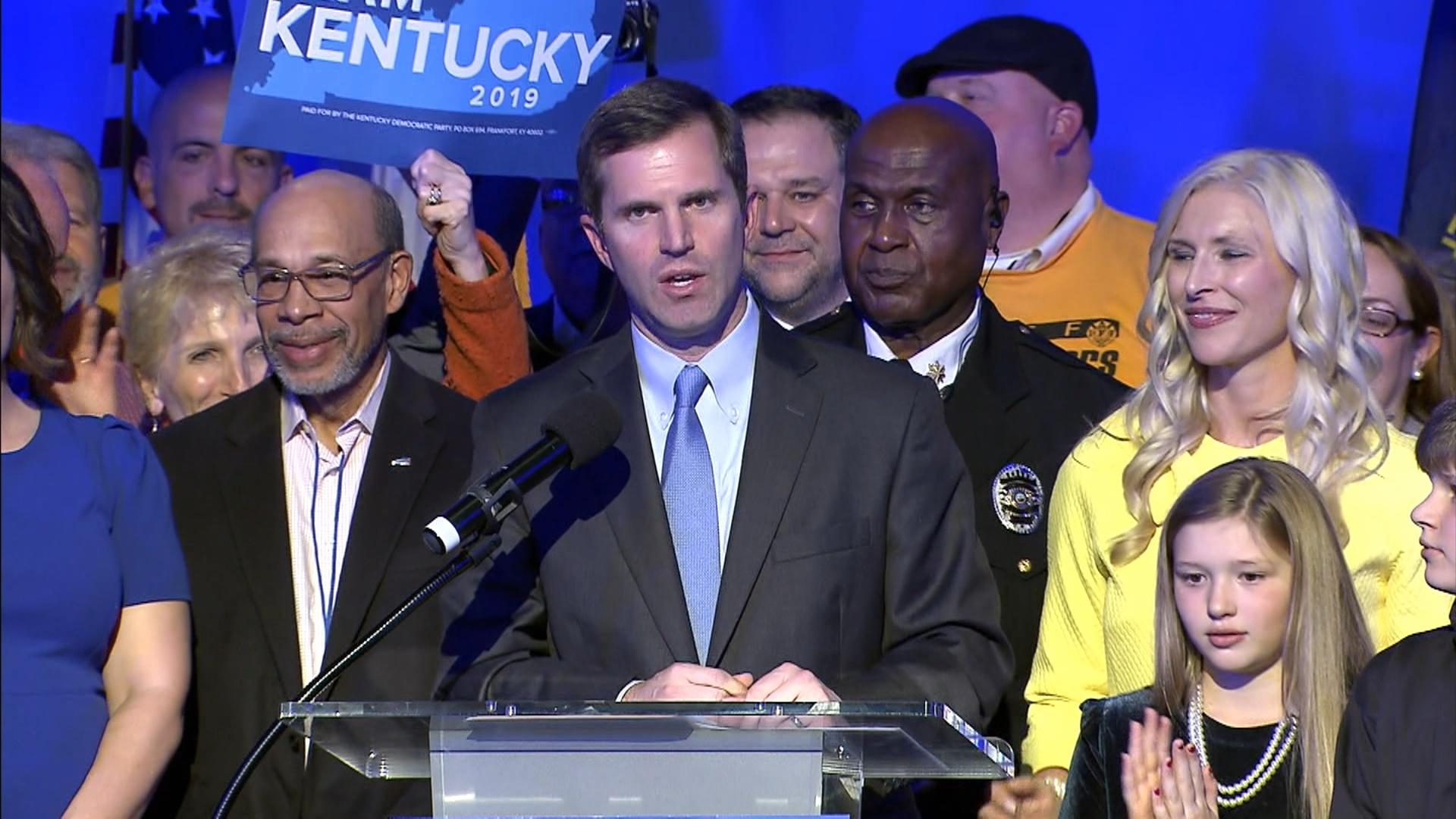