Elections: What Happened and What’s Ahead?

All the polling in the Kentucky governor’s race showed Democrat Jack Conway even with or ahead of Republican Matt Bevin. Conway outraised and outspent Bevin on political commercials. And historic trends in the commonwealth give Democrats an enormous advantage in gubernatorial contests.

So how did Bevin end up winning last week’s election by nearly 85,000 votes?

Tea Party Grows Stronger
The professors concur that the Tea Party wing of the GOP deserves significant credit for Bevin’s victory last Tuesday. Although the movement is relatively young, they say it has rapidly become a potent force in state politics.

“One thing we know for sure about the Tea Party is that they’re well organized and that they vote,” says John Heyrman of Berea College. “They come out in these off-year elections when the Democrats are doing a poor job of getting their voters out.”

Despite a generally older base among Tea Party voters, Heyrman says their organization spans a range of generations. He says Sen. Rand Paul’s popularity among college students has helped bring younger voters into the Tea Party fold.

But even though the movement helped elect Bevin, Heyrman is uncertain whether the Republican will tow the Tea Party line as governor. He says a good deal of Bevin’s popularity going forward will hinge on the policy decisions he makes.

Bruce Hicks of the University of the Cumberlands says Bevin will also have to navigate the schism between the Tea Partiers and the traditional Republicans he may have alienated during the campaign. And he needs to mend fences with the media he battled so they can help him make his policy cases to voters.

A Brand New Brand
As the Bluegrass State continues to get redder, the professors say Democratic candidates will face stiffer political challenges. President Barack Obama and his policies, especially those around coal, have hurt Democrats in Kentucky, and voters here generally tend to be more conservative on social issues.

“The elephant in the room for the Democrats is how are they going to develop a distinct brand for Kentucky Democrats that’s more conservative than the brand for the national Democratic Party,” says Morehead State University’s Michael Hail. “If they can’t do that… it’s going to continue to be a tough electoral climate for them.”

Hail says Democrats will also need to perform better with urban voters, many of whom tend to be more moderate, to counterbalance turnout among conservative voters in rural areas. And he says Democrats must find stronger positions on economic, environmental, and social issues that will compete better with the Republican policy playbook.

Same-sex marriage provides a good example of one social issue conundrum facing Democrats, according to Anne Cizmar of Eastern Kentucky University. She says Conway’s decision not to challenge a federal judge’s ruling that overturned Kentucky’s constitutional ban on gay marriage further divided his base.

“A lot of Democrats applauded that decision,” Cizmar says. “However I think for a lot of swing voters or undecided voters in Kentucky, along with conservative voters, [that decision] did not help him at all.”

The Polls Got It Wrong
Polling conducted during the campaign by Survey USA, Mason Dixon Research, and Western Kentucky University all showed Conway maintaining a slight lead over Bevin. Even an internal Republican poll released days before the election had Conway and Bevin tied. Yet the final outcome gave Bevin a 9-point victory. The polling also gave sizable leads to several down-ballot Democrats for races they ultimately either lost or narrowly won.

The professors point to several problems with current polling methods. Berea College’s John Heyrman says fewer people are responding to polling calls, so pollsters are struggling to get a representative sample of likely voters. Morehead State’s Michael Hail says the sample base is further skewed by the fact that rural and more conservative voters tend to not to answer polls as frequently and they tend to be under-sampled in general by polling organizations.

As more polls showed an advantage for Conway, the University of the Cumberland’s Bruce Hicks says media coverage reflected those results rather than how actual voters were trending.

“This narrative developed that [read] ‘Why isn’t Mr. Bevin doing better, why isn’t he campaigning harder, why isn’t he spending more money… why can’t he bring the Republican Party together?’” Hicks says. “That became the narrative, and I think that was driven by the polls.”

Voter Turnout and Apathy
Only about 31 percent of registered voters showed up at the polls last week. The turnout ranged from a low of 18 percent in Todd and Christian Counties to a high of 48 percent in Franklin County.

A range of ideas have been floated to boost turnout, from moving state elections to even-numbered years to coincide with federal elections, to allowing early voting and extending the voter registration period.

“There have been mixed results nationwide in terms of whether Election Day registration actually helps to spur turnout,” says EKU’s Cizmar. “But if people can get excited about the campaign and then show up on Election Day and not have to register well in advance, then that may help to spur turnout.”

But big changes to balloting process aren’t likely, says Berea College’s Heyrman. He says both parties would have to approve the changes, and the party in power at that time won’t want to rock the electoral boat.

Michael Hail of Morehead State says people still don’t participate despite many efforts over the years to make voting easier. He argues that there’s a different cause for low turnout.

“People need to care more and take more seriously their role in the political process, and care about the issues the candidates are talking about,” Hail says. “That’s where all the energy and focus needs to go.”

Heyrman disagrees with that point, saying that Americans vote less because of our balloting rules, not because the electorate is more apathetic. And Bruce Hicks from the University of the Cumberlands summarizes the apathy discussion by arguing that it’s a cop-out for people to say they don’t vote because they don’t care about a particular election or they don’t like any of the candidates. 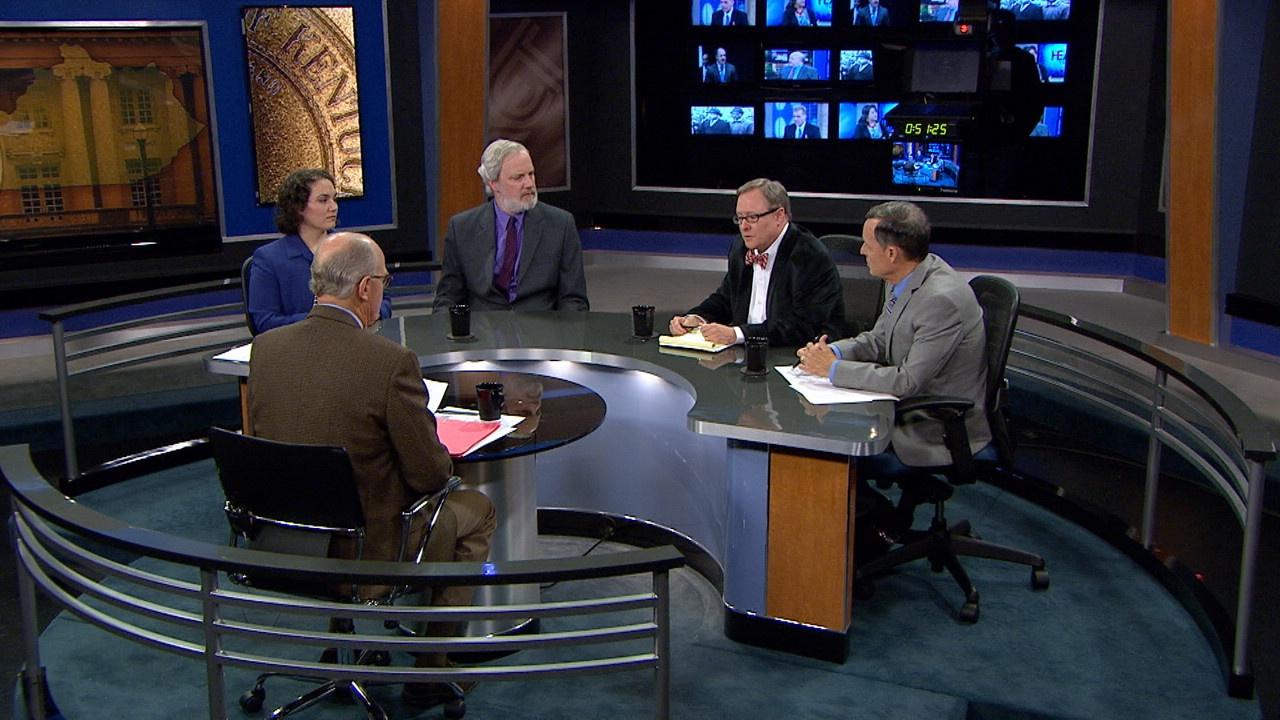